The co-chair of the Executive Council of the Autonomous Administration in the Euphrates region, Muhammad Shaheen congratulated the attendees, the families of the martyrs and the wounded and all components of north and east Syria on the occasion of the anniversary of the founding of the administration and the liberation of Kobani, and pointed out that the establishment of the Autonomous Administration system in Kobani came as a fact of establishing a free will for society and ending the imposed authoritarian regime on the people.

He added: "The Autonomous Administration system built a free will for society as a new era in history began."

Muhammad Shaheen referred to the great sacrifices all components of northern and eastern Syria made in the battle of Kobani against ISIS terrorism and said: "The defeat of ISIS in Kobani was a defeat for global terrorism, and the victory of Kobani was a victory for the free people, and this is a historic victory, achieved thanks to the martyrs who gave their lives For the sake of humanity, and we say about the victory of humanity because the martyrs of this battle are from different components that participated on one goal, which is defending humanity in the face of terrorism. "

Muhammad Shaheen condemned the position of the German government towards Turkish policies towards refugees, which are in favor of the demographic change project that Turkey intends to implement in northern and eastern Syria, from the forced displacement of the indigenous people, the resettlement of mercenary families there, in addition to the plan to establish settlements in the occupied areas.

He stressed the need for the German people to rise up against the German government, which supports Turkey in its expansion plans, which target the people of the regions of northern and eastern Syria.

Then several speeches and presentations were delivered and the celebration was concluded with Dabka and popular songs. 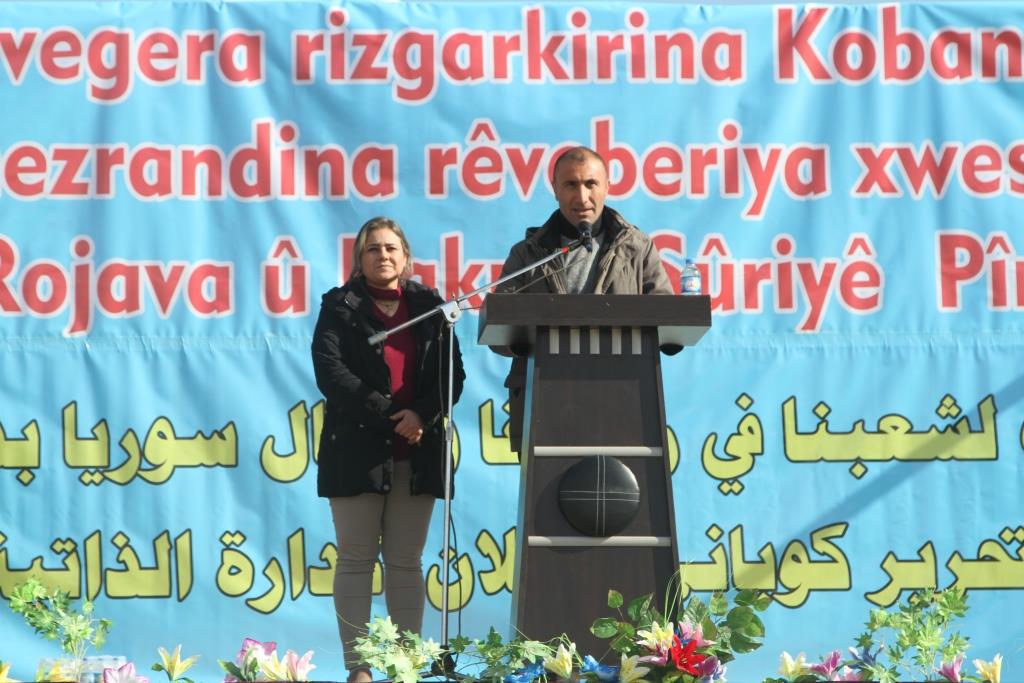 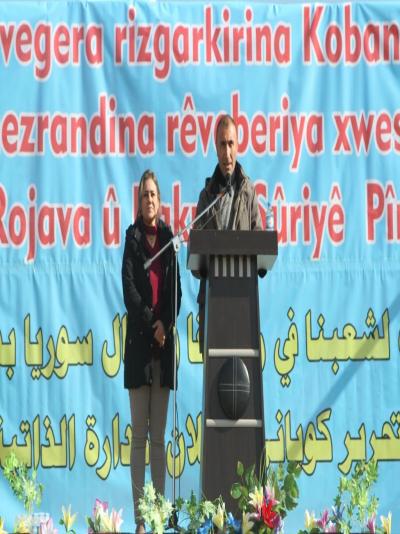 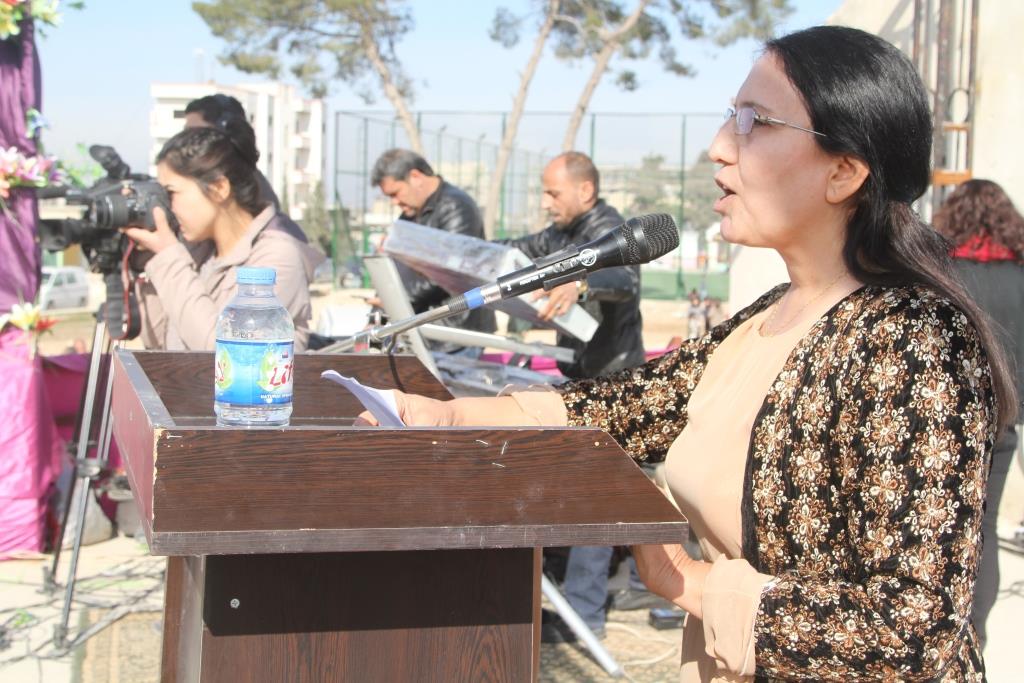 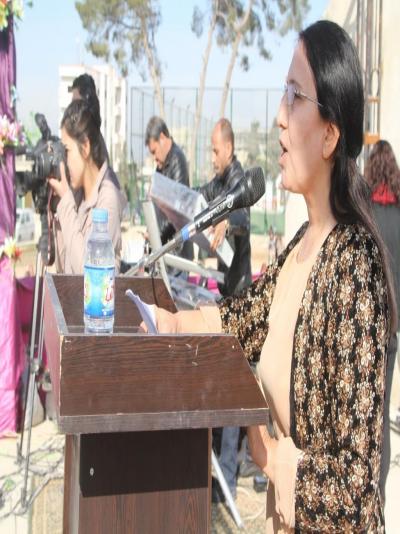 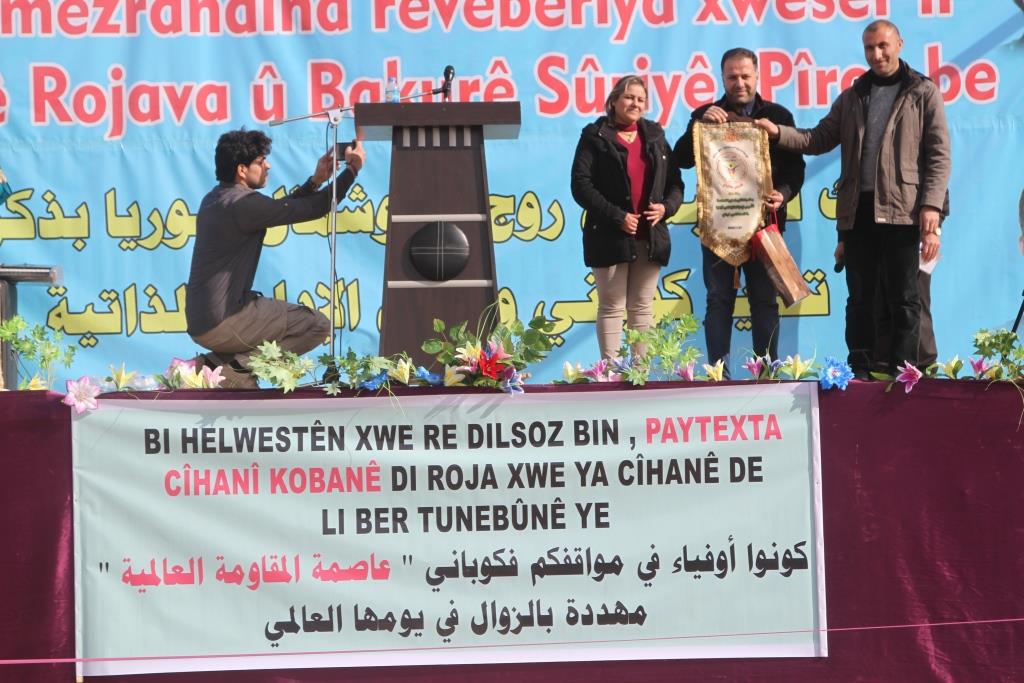 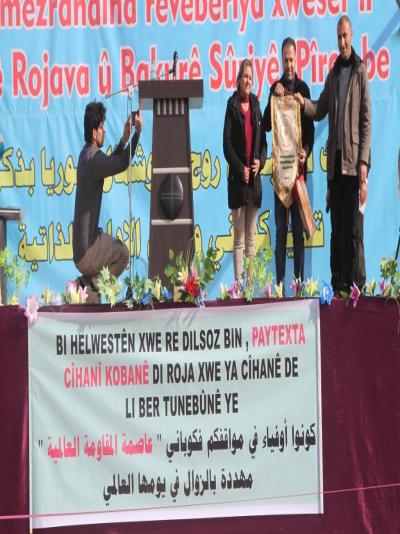 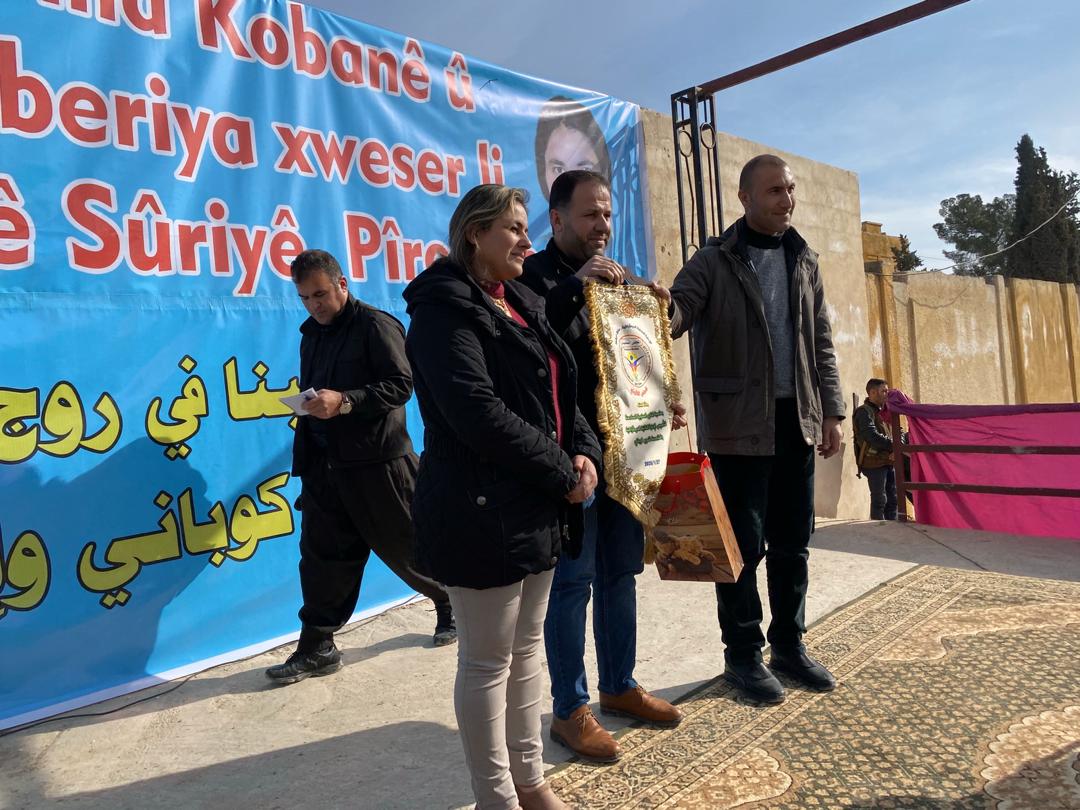 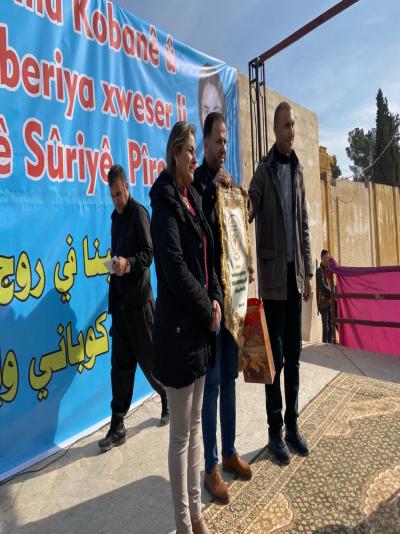 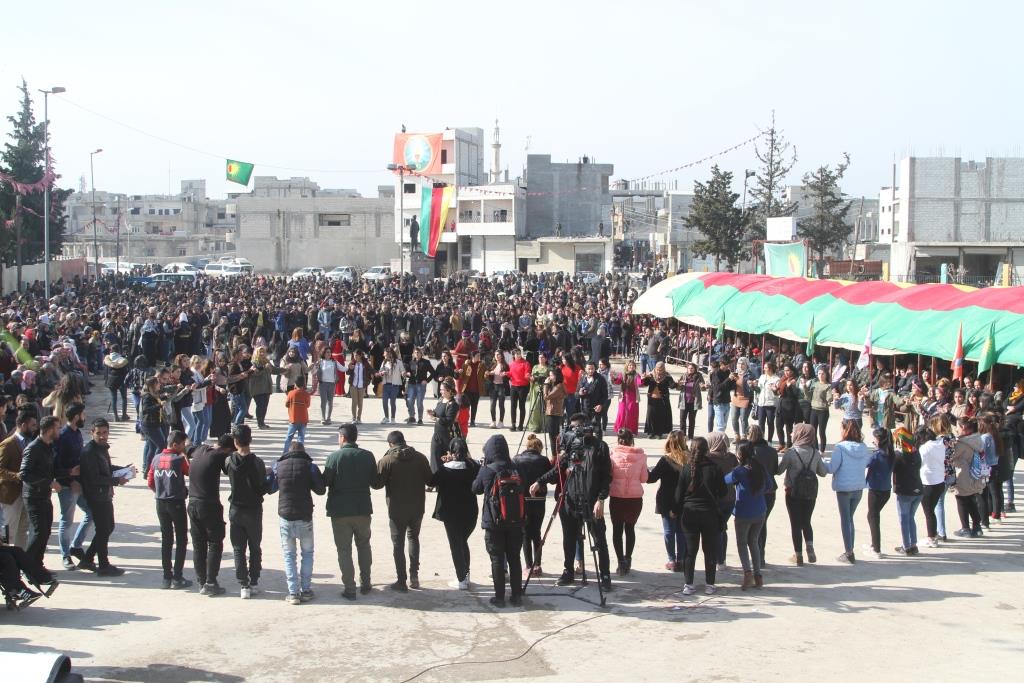 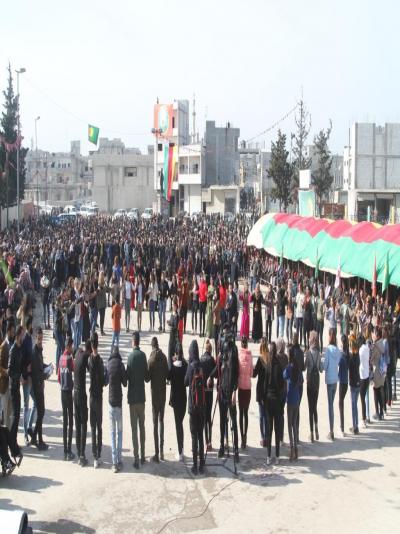 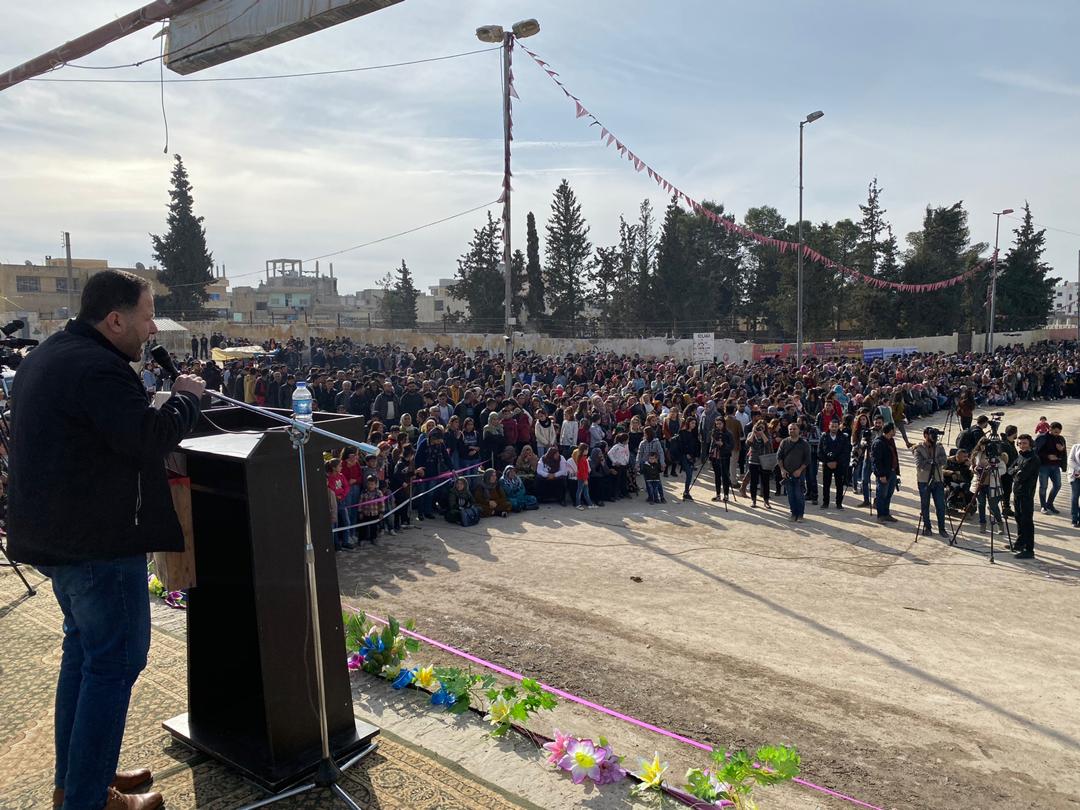 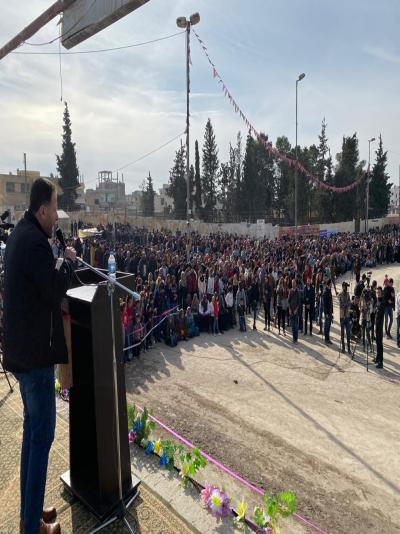 The displaced from Idlib described the situation in the northern Syrian governorate as tragi...

Syriac is one of the original languages in Syria. establishing Syriac language institutes in...

The Turkish occupation army and its mercenaries are bombarding meanwhile the villages of Sha...
Old Website

Hafter: We are ready for cease-fire, only if Turkey, mercenaries withdraw

Iranian elections .. Will conservatives benefit from escalation with America?

- Mother tongue from education and teaching to research stage