Kurdistan four parts have been subjected to various policies of repression, denial and extermination by the occupying authoritarian and dictatorial regimes during its history. Those authoritarian states banned the Kurdish language and imposed policies, with the aim of eliminating the Kurdish people existence. However, the struggle and determination of the Kurdish people, intellectuals, such as Malay Jaziri, Feqay Tiran, Ahmadi Khani, Mir Galadat Baderkhan, Noureddine Zaza, Osman Sabri, Jagar Khween, and Masry Khan Khusairi, protected the Kurdish.

February 21th marks the World's mother tongue day, under the 1999 UNESCO Resolution, that is adopted by the United Nations General Assembly.  Kurdish people, who have preserved their mother tongue, celebrates this day.

Rojava people achieved after the Revolution of July 19, 2012, a major renaissance in preserving the mother tongue, by initially teaching it indoors, at academies and universities in Rojava.

Guli Hassan, founder of the Kurdish Language Foundation and an administrative member at it, spoke to our agency about the foundation establishment and the difficulties they faced during the training phase, she said. "Before the revolution, Kurdish language educational activities were very limited in Rojava, the first features of it began in 2007, when " people were taking Kurdish lessons."

Rojava Revolution revived the Kurdish language academically; the Language Foundation held its third Conference in Amuda in 2012, the first Conference was held in Kobane in 2007, and the second in Aleppo in 2009, during which the Kurdish Language Foundation was openly established and Kurdish language centers opened in all cities and villages of Rojava.

As a result of lack of the teaching staff and Kurdish-language curricula in Rojava, mothers played an active role by telling Kurdish stories to children, she said.

The "Kurdish language" is official at schools

The Language Foundation has prepared over the years thousands of teachers, and  developing in the languages of all  the region components . The Kurdish language became the official in schools along with Arabic.

With the announcement of  the Autonomous Administration and in coordination with the Education Body, the education initiated in accordance with the contemporary educational curriculum, and modern scientific techniques and provided with teaching staff, until colleges and institutes opened in Rojava.

During 2019 Conference on Rojava level, the phase of establishing centers and institutions of research and studies in the field of Kurdish language and literature was decided in .

Through its committees, the Foundation seeks to create and develop language references in terms of rules and dictionary, to be essential references for all educational institutions, institutes and universities  Kurdistan four parts and Europe.

Vian Jodi confirmed that the committees of the Research Foundations are preparing  grammar and dictionary references by specialists on scientific bases that are based on the Kurdish cultural heritage and Kurdish references in the field of literature.

Mohammed Saleh Abdo, the  co- Head of the Education Body in al-Jazeera region in northeastern Syria, said: "following the announcement of the Autonomous Administration, we started working with the Kurdish Language Foundation by establishing school management in all regions. secondly, we coordinated with the Kurdish Language Foundation, the university administration and the curriculum foundation to open a center for the preparation of university references, in which all subjects will be translated in Kurdish and Arabic."

The Turkish occupation targeted hundreds of schools in Afrin, Seri Kania and Gire Spi. Schools were destroyed, hundreds of thousands of parents were displaced from their areas, and thousands of children were denied their mother tongue.

In Afrin canton, more than 45,000 students were learning Kurdish before the occupation, according to the education committee.

There were 19,000 teachers, 2,225 schools  in Al Jazeera region were schools, and after the attacks of the Turkish occupation army and its mercenaries and occupation of Seri Kania, Tal Tamer and its villages, 150 schools were decommissioned.

The Education Body of Al Jazeera has worked to restore the educational process for the displaced at camps and in the rest of the cities.

Teachers who have been forcibly displaced have been reassigned to schools after coordinating with their departments in northern and eastern Syria to complete the educational process, which is one of the foundations for the protection of the mother tongue. 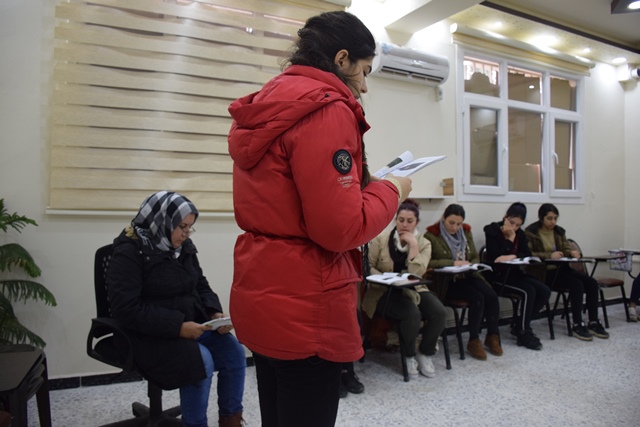 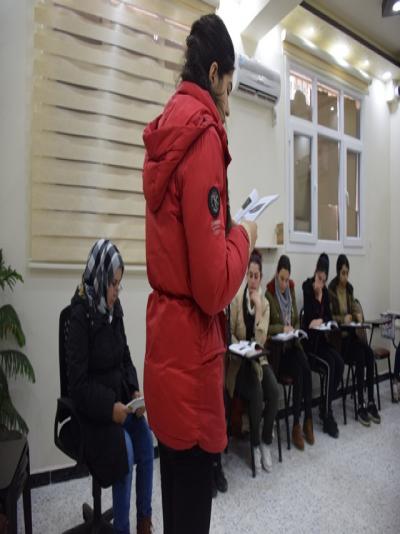 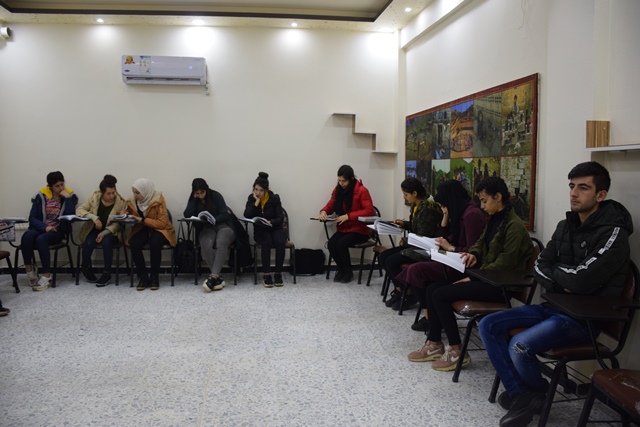 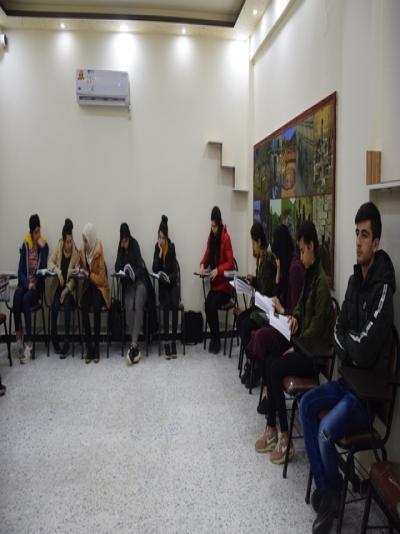 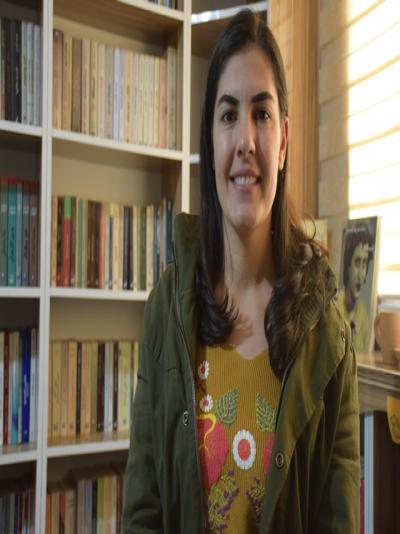 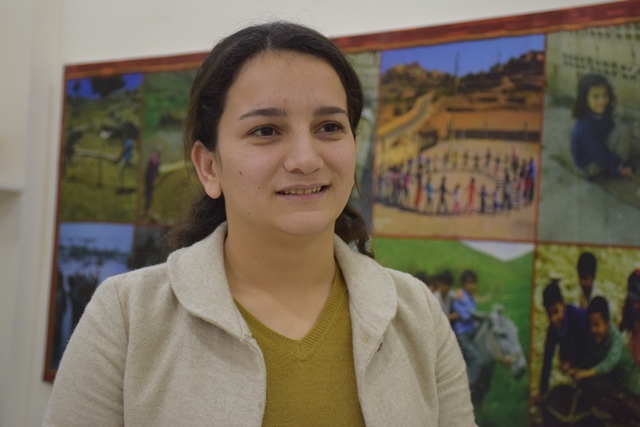 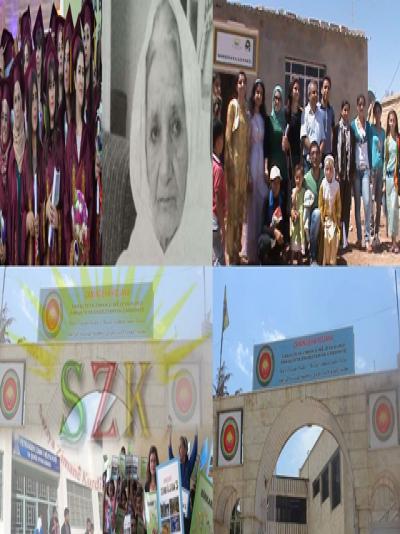 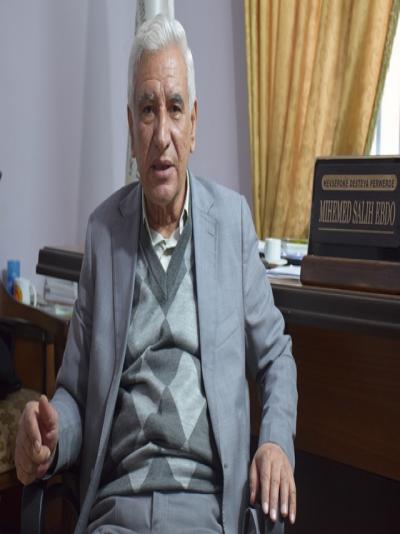 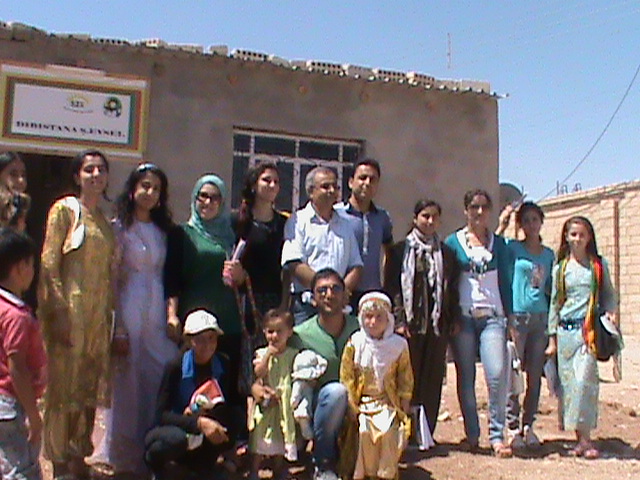 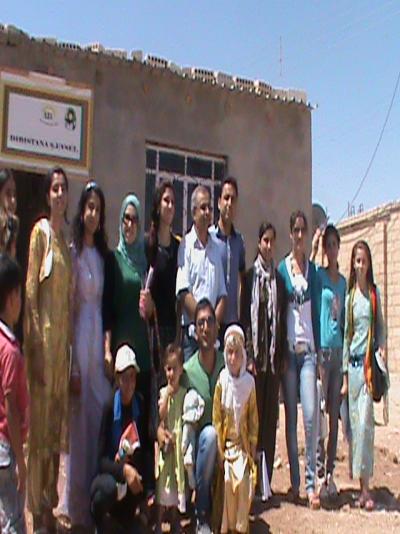