The session of the 3rd day of the International Forum was managed by many of the lecturers and 2 interventions by the participants in the forum who were the head of the session the professor in Baghdad University and the specialist in the Turkish-Iranian affairs and the issues of the Middle East Ferh Saber and the expert in the international conflicts and the specialist in the Kurdish studies and the revolutionary movements and the peoples who have not homes Theoro Rediko, in addition to the People's Protection Units spokesman Nouri Mahmoud and the economic writer and the researcher , and mass degree in the International economy Cheleng Omar and the lawyer and the former journalist and politician and activist Saleh Mohammed Nekbakhet , the Doctor in the Middle East Politics and the specialist in the Politic and the social affairs and the lecturer in Shats University of China, Seven Saed.

In this session, the lecturers focused on several proposals and solutions, the most important of which are "the treatment of Daesh terrorism in the political, military, security, economic, social, legal, cultural and religious fields".

The first lecture was by Theoro Rediko, who talked about how to deal with Daesh, where he said that Turkey rejects peace in its country and is constantly seeking to create conflicts internally and externally, and the fight against the project north and east of Syria one of these examples, and it is obvious that they try occasionally to intervene in the region, and support extremist groups and mercenaries, including Al Qaeda and to launch attacks on the north and east of Syria, and trying to support mercenaries to prolong the life of the Syrian crisis

He added, "I see that Erdogan is the spiritual father of Daesh, and the other factions  are the brothers of Daesh are spread out in the other regions, including Afrin, Jrablos, Al-Bab, and Azaz, and that Turkey, through its mercenaries, is also trying to control the areas,  and it is no stranger to Turkey because it has facilitated the way for mercenaries to enter the Syrian territory. All these events are documented and I consider that Daesh is the Turkey's brutal military tool to carry out its plans at home and abroad.

He concluded by calling on the international community to highlight the Turkish occupation of Afrin. It should know that those who occupy Afrin are mercenaries, but in other names. The international coalition must work to impose an air embargo to protect the north and east of Syria to limit the genocide that Turkey might carry out.

In the second lecture in this session, Nouri Mahmoud suggested solutions to fight Daesh militarily and security,

"The emergence of military forces in northern and eastern Syria was to protect society from these mercenary groups, not to protect power, as is the case with many armies," and the establishment of military forces in the north and east of Syria depended on the people of the region themselves to defend the region and maintain security and stability in the chaos  in the countries after the uprisings of the people, repression of the authorities, regional and international intervention.

As for the writer and economic researcher Omar, who pointed out in his lecture to the solutions to combat Daesh, linking them to three factors to combat Daesh and reduce its recovery, "First, the material and logistical resources of mercenaries which depended on oil and gas wells, taxes and ransom must be cut off, the second factor is cutting off and draining external resources received by mercenaries from abroad, the final factor is freezing assets that provide mercenaries and supporting figures. "

He pointed the Western governments and the international community must support the region socially, politically and militarily, and to reduce the Turkish threats to the north and east of Syria, especially Syria in general, and its threat to the world as a whole.

Saleh Mohammed Nekbakhet proposed several proposals in his lecture, the most important of which are "the extradition of mercenaries to their countries and the military forces protecting the region have the right to protect their areas from those parties and have the right to try those parties because mercenaries have been defeated in these areas, and the courts in these territories will facilitate the process of prosecuting them, and prosecute the parties that supported the mercenaries, as Turkey.

"The solution is to rely on the democratic state, which gives the right to all parties to express their opinions and rights, to express their culture, their religion and their nationality, without any kind of obstacles by any party ," Seven Saed said in his lecture. 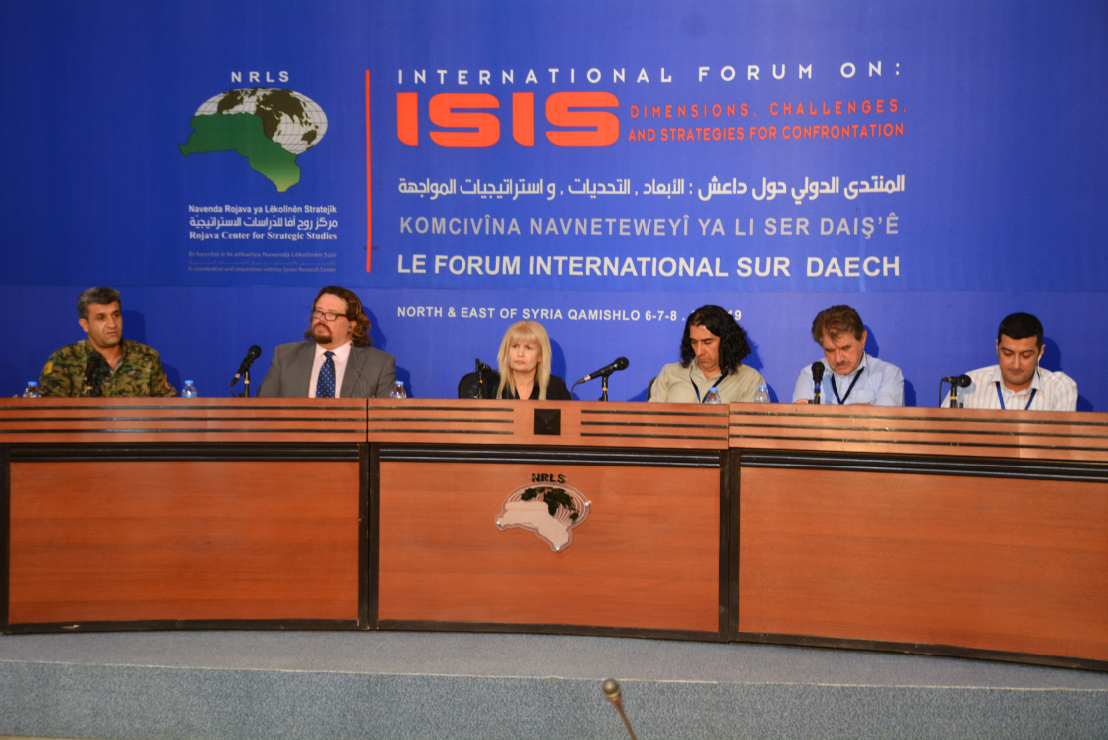 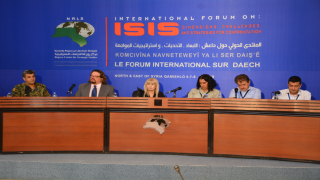 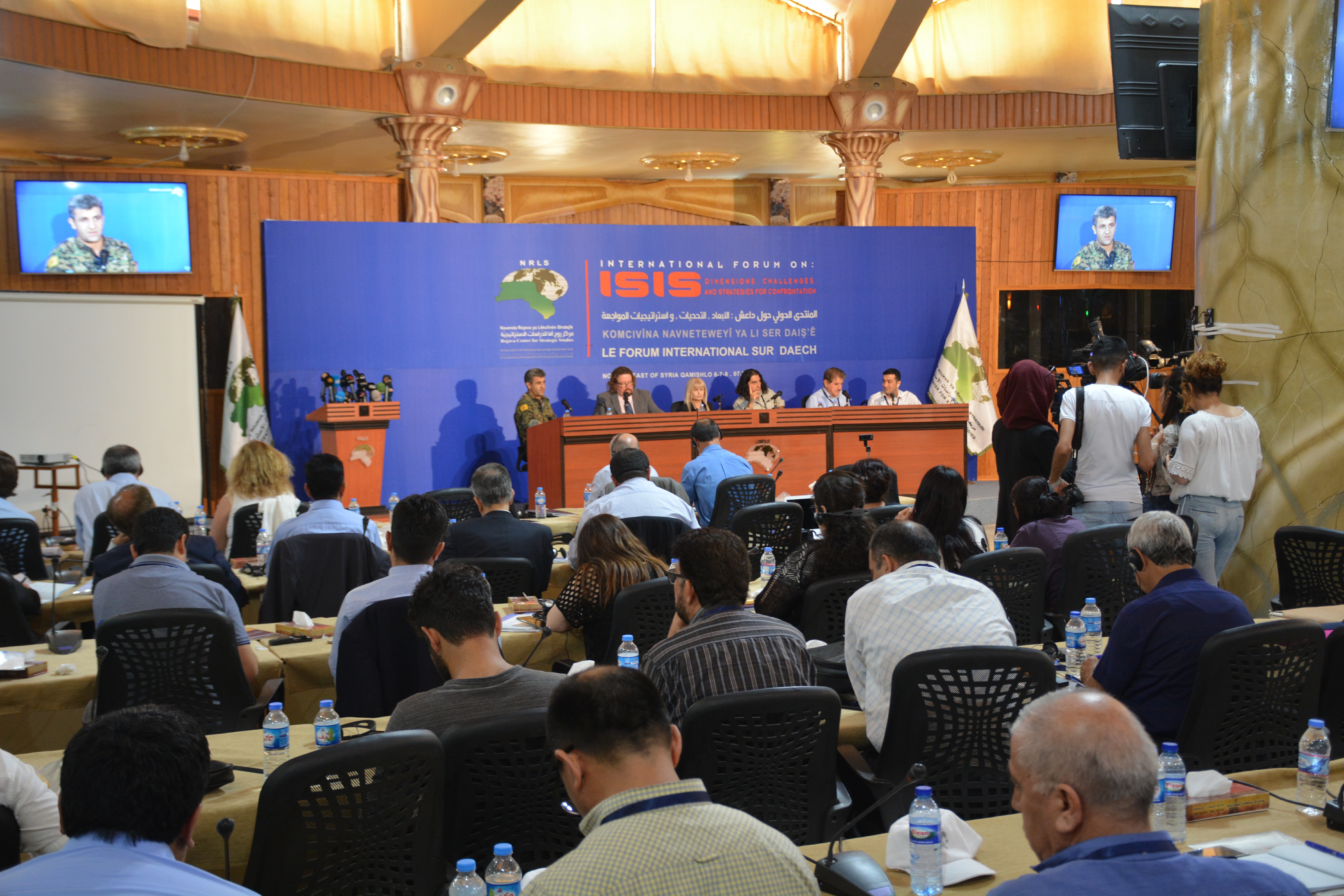 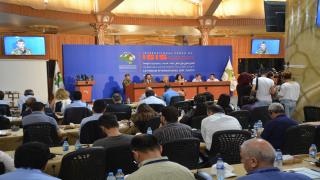 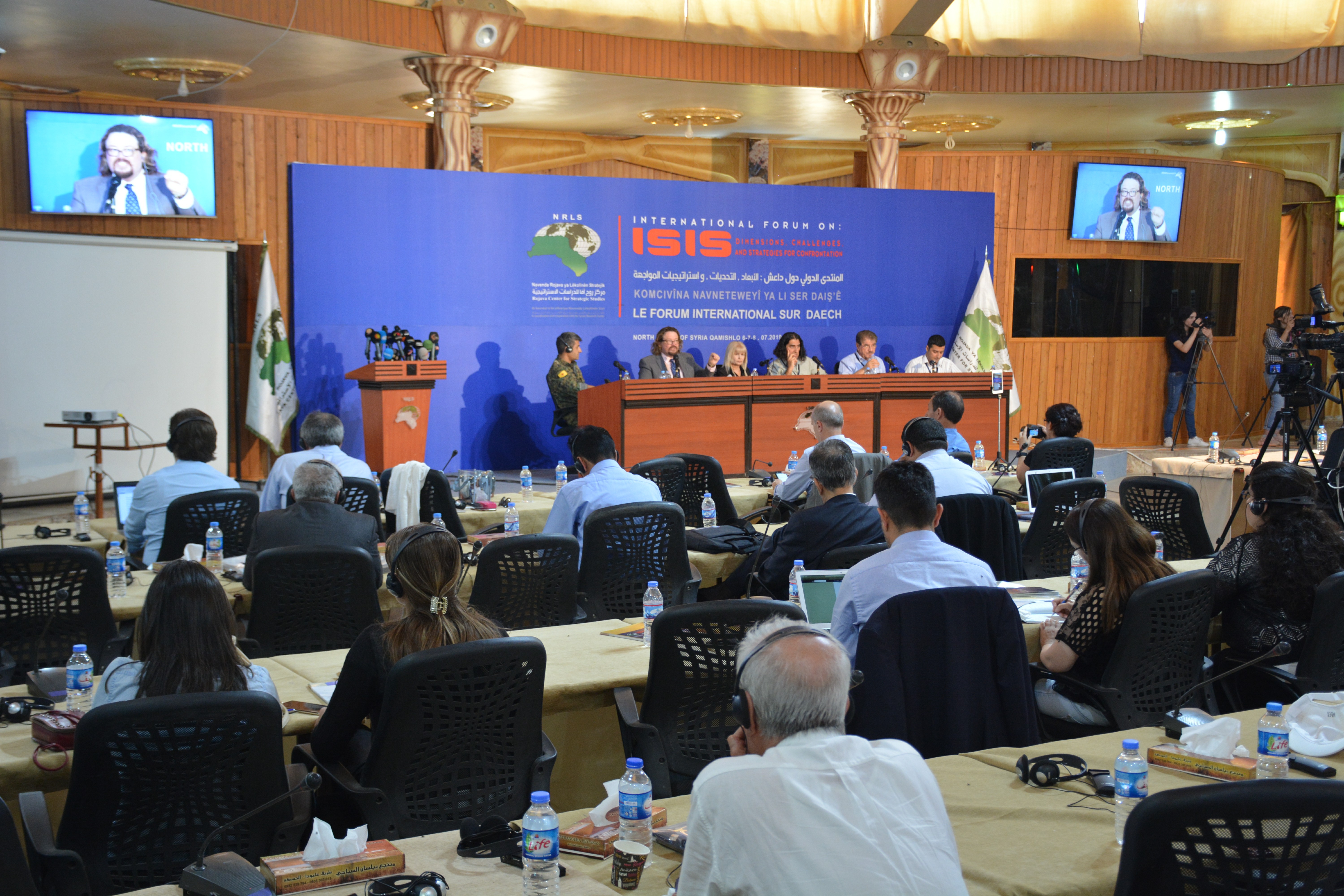 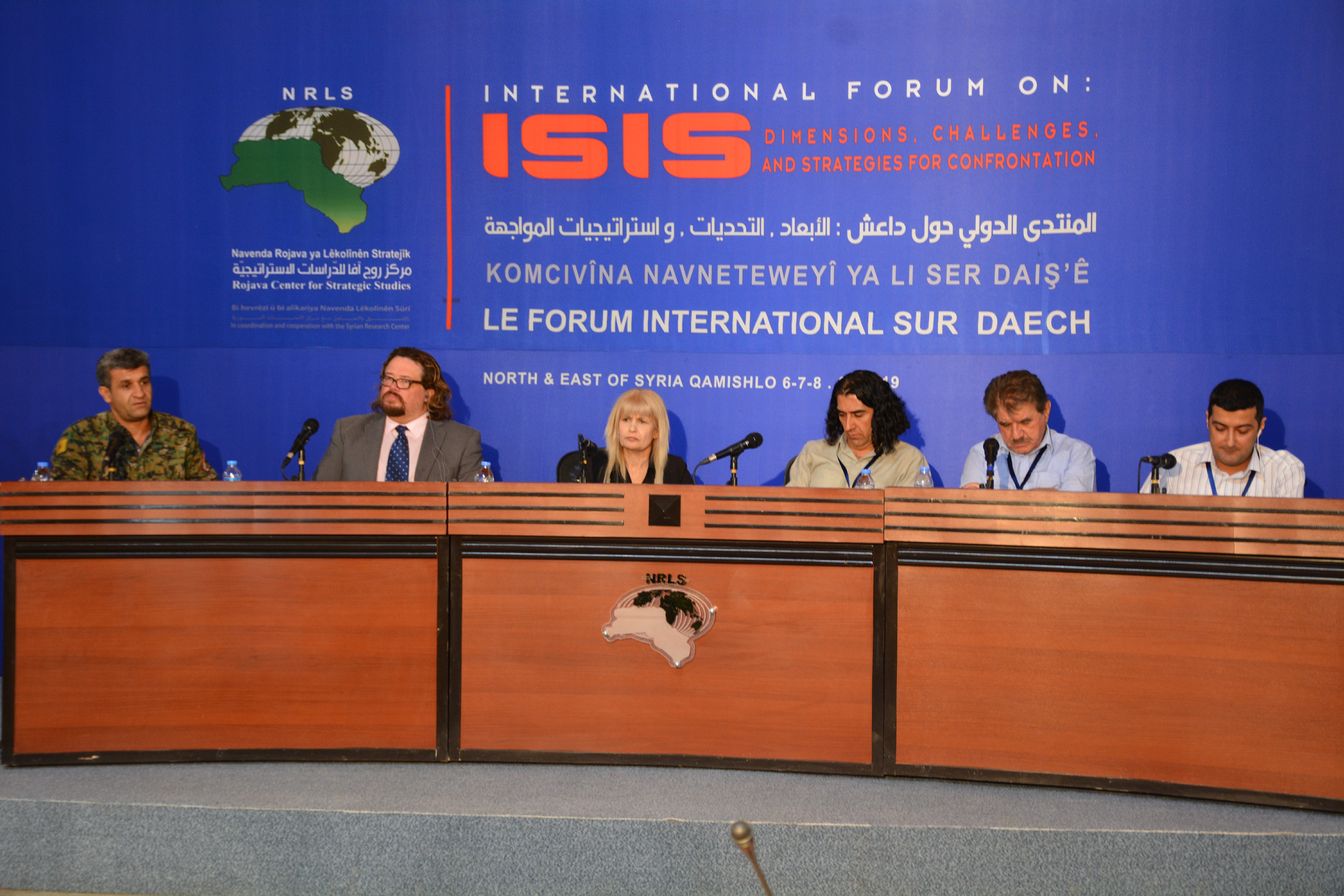 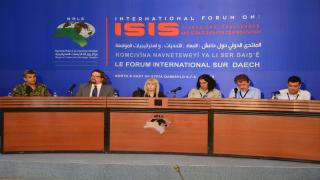 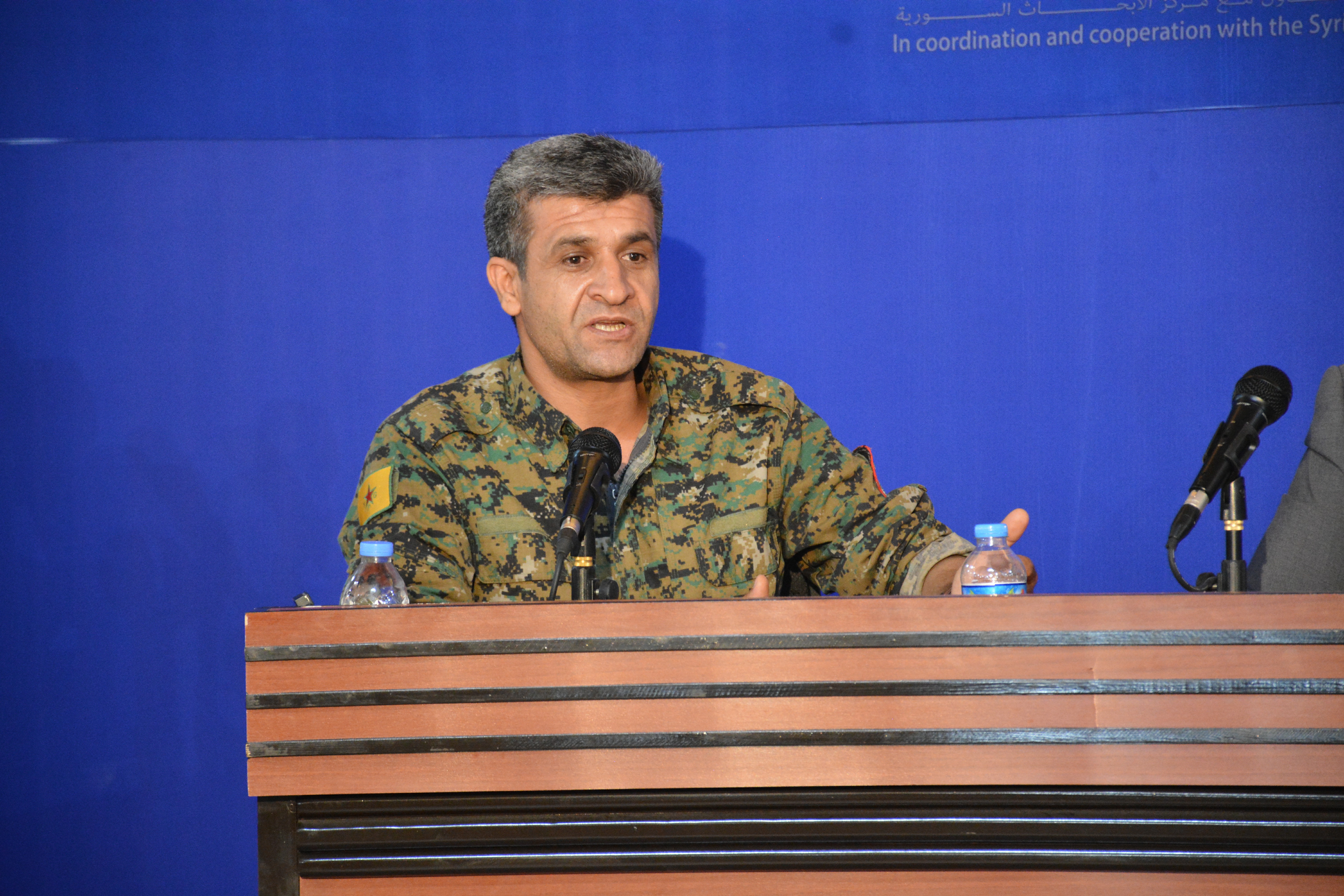 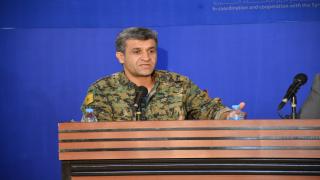 The sheikhs and notables of Al-Shaddadi said in a statement that they do not accept tamperin...

The writer and researcher on political affairs, Daham al-Sattam, indicated that many parties...