The meeting was held in the presence of members of the Council of Young Women in Manbij and its countryside, in addition to dozens of young women in the city, held in the Youth Hall.

The meeting started with a moment of silence, after which the administrator at the Young Women Council in North and East Syria, Jihan Kojar, spoke about the situation of young women in recent times, and touched on violations of the Turkish occupation, saying, "The aim of the Turkish occupation is to defeat organized women, so it intends to practice its violations, as it did a few days ago." By targeting a village of Helenj, east of Kobani, with a drone. " 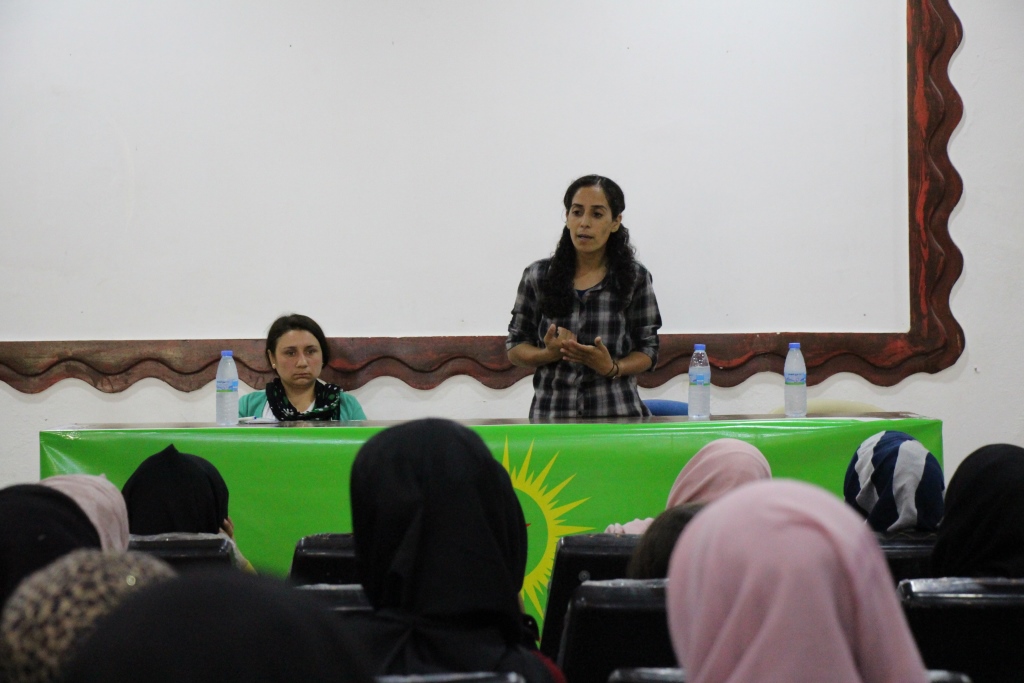 Jihan touched, in the context of her speech, on the violations of the occupation in the occupied areas, including kidnapping, physical attacks, killing and demographic change in the region.

Jihan stressed that organizing the young woman is one of our primary goals, so we will resist the Turkish occupation and the violations that it practices towards women.

She revealed at the end of the meeting that they will hold their conference in the north and east of Syria in the coming months.

Siroush Halabja from Başûr of Kurdistan expressed regret over the international silence ov...

The political activist Nalin Mohammed made it clear that they proved themselves in Rojava Re...
Old Website