Hundreds of people from ad-Darbasiya district gathered in al-Hasakah canton before the Martyrs' Families Council in the area to bid the fighter in the People's Protection Units Lewend Aliko farewell, his nom de guerre is Joan Kurdo who was martyred in the battles of al-Bagouz, the last stronghold of mercenaries.

The mourners received the body of the fighter Lewend Aliko before Martyrs' Families Council in the area and a procession of cars decorated with wreaths of roses and pictures of the martyr headed towards the shrine of Martyr Rustem Judy in the village of Berkafry.

When mourners arrived at the shrine, they carried the body of the martyr on the shoulders and placed him on the platform.

The ceremony began with a military parade presented by the People and Women's Protection Units amidst a minute of silence. After that, he spoke on behalf of Martyrs' Families Council Mohammed Khatib and offered condolences to the family of the martyr and asked patience and solace for them. He said: Today we celebrate the victories achieved by the sacrifices of our heroic martyrs like Lewend and his companions, they made us live today in peace and security, and they have removed the darkness of mercenaries and created love, peace and brotherhood among the peoples of the region. "

On behalf of the People and Women's Protection Units, Commander Robar Dêrik said: "We offer our condolences to ourselves and to Lewend's family and wish them patience, and we pledge to follow the path of Lewed and all the martyrs until the liberation of every inch of our occupied land."

Then the martyr's document was read and handed over to his family.

At the conclusion of the ceremony and the body of the martyr Lewend Aliko was buried in his last resting place at Martyr Rustem Judi amid chanting slogans that glorify martyrs. 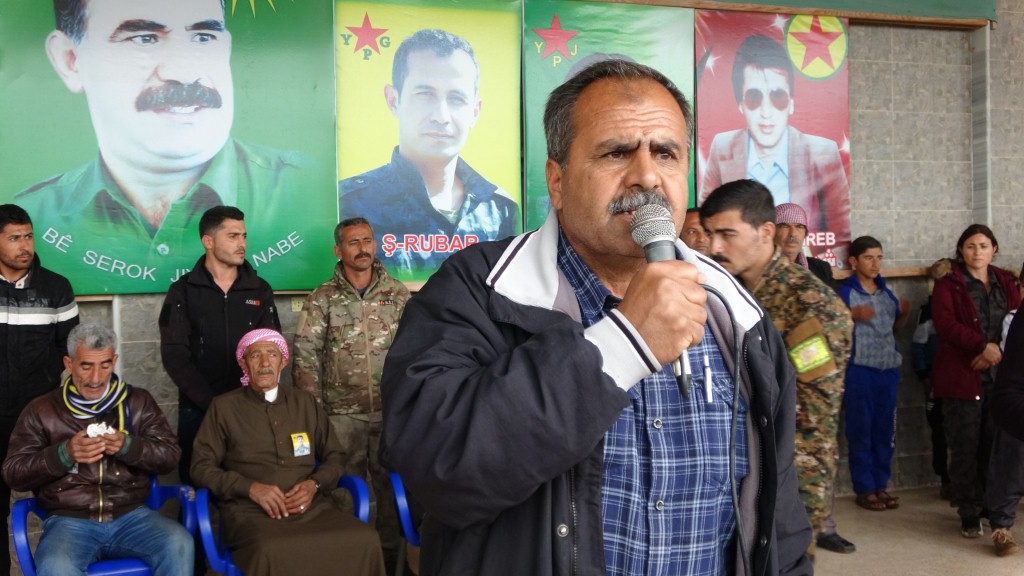 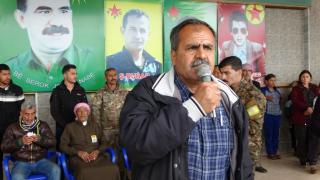 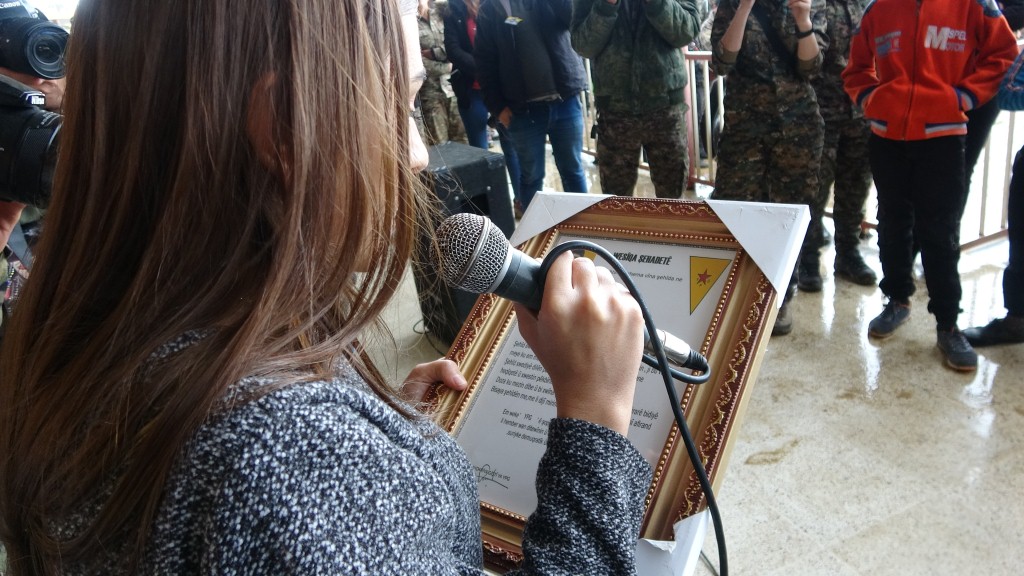 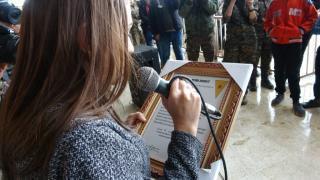 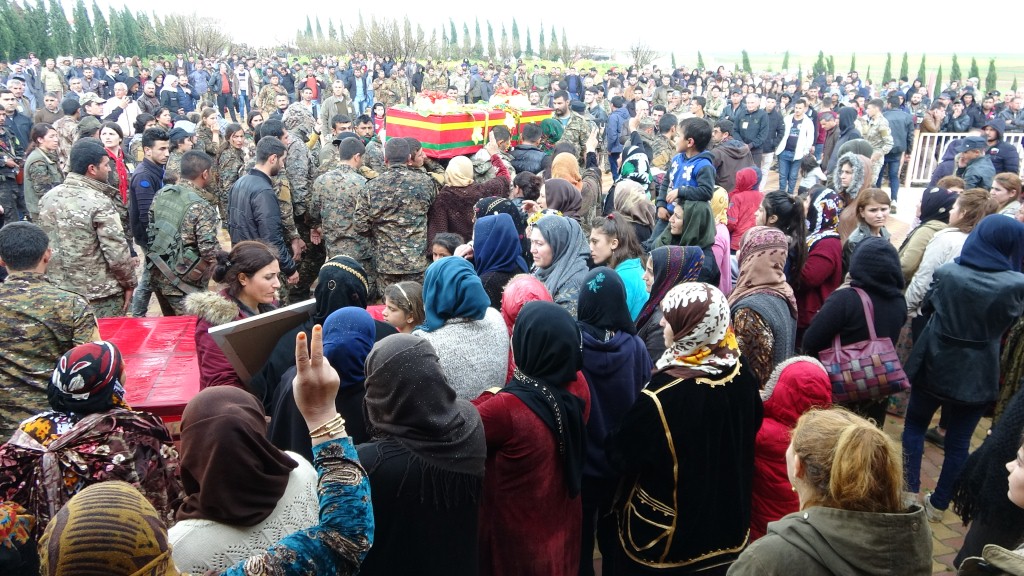 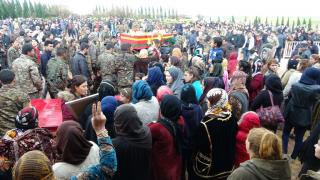 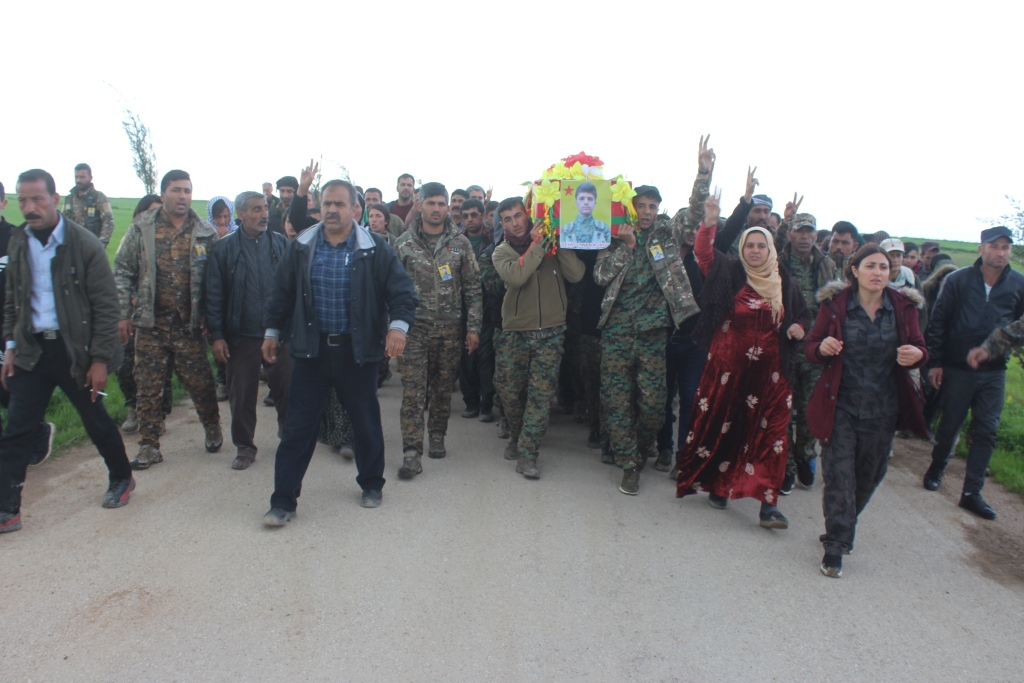 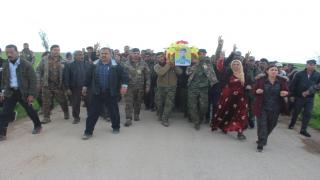 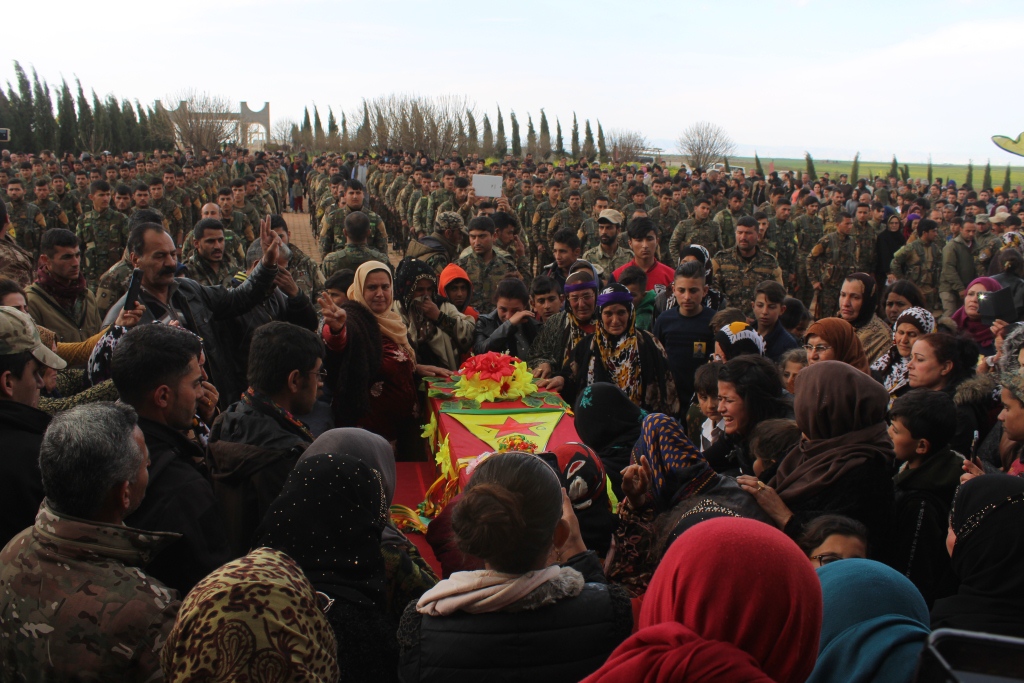 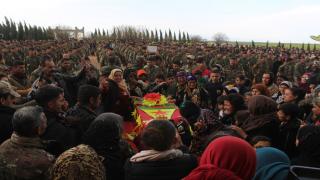 Fires devour 15 hectares of wheat in Kobane, a firefighter injured

Fires that broke out on Monday evening devoured large areas of agricultural crops in the eas...

A powerful explosion shaked the center of Jandarisah in the occupied Afrin canton, and there...
Old Website

Fires devour 15 hectares of wheat in Kobane, a firefighter injured