Hundreds of people from Girgê Legê and representatives of civil society organizations, councils and communes participated in a mass march in the center of the city in order to support the hunger strikers and to demand the lifting of the isolation of Ocalan.

The march started from the square of Martyr Khabat Dêrik and toured the streets of the area. Participants chanted slogans supporting the resistance of hunger strikers and calling for lifting the isolation of Kurdish leader Abdullah Ocalan.

The participants gathered in the center of the district, where the co-chair of the Council of Girgê Legê district, in which Mohamed Jamil delivered a speech in which he saluted the resistance of hunger strikers.

Jamil added: "The countries conspiring against the leader of the Kurdish people Abdullah Ocalan knew that the leader will liberate the people from injustice and tyranny, so they arrested him, but they failed, because the thought of the leader spread throughout the world."

The march ended with slogans demanding the freedom of Ocalan. 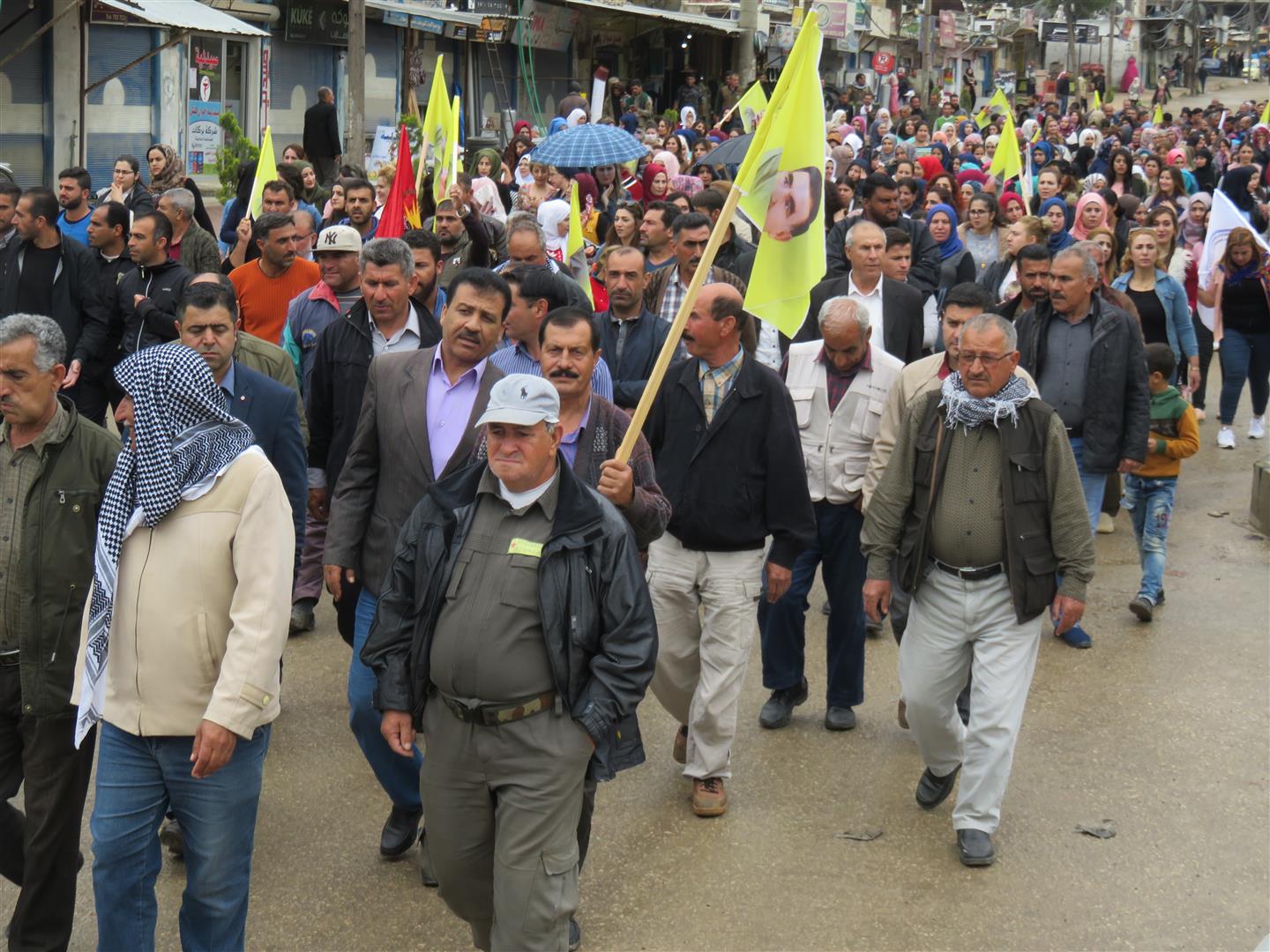 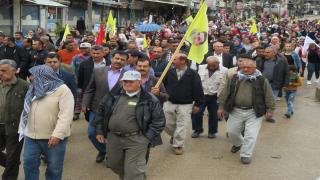 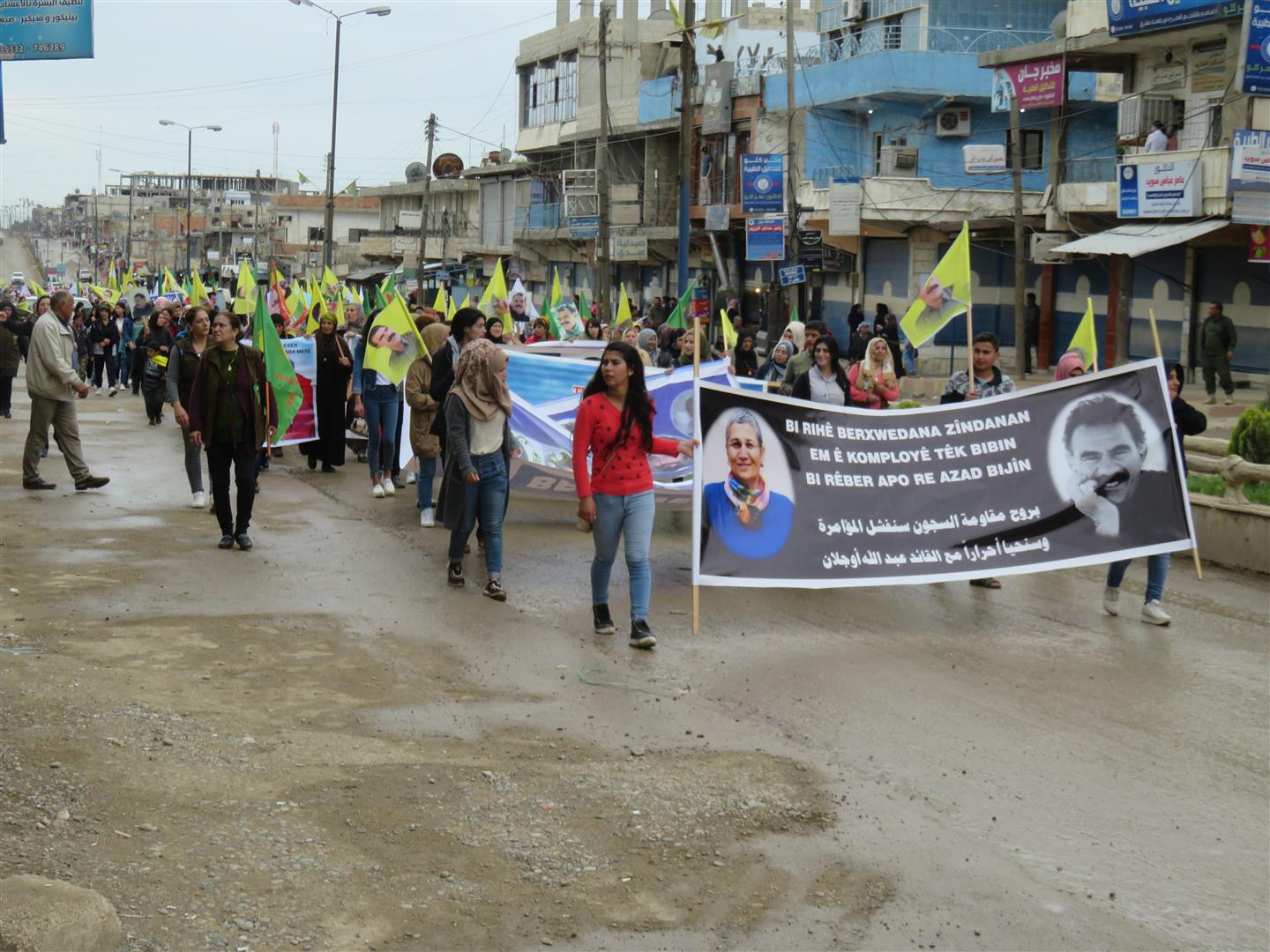 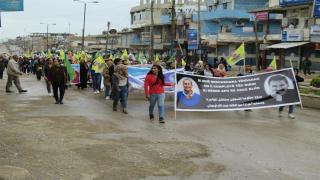 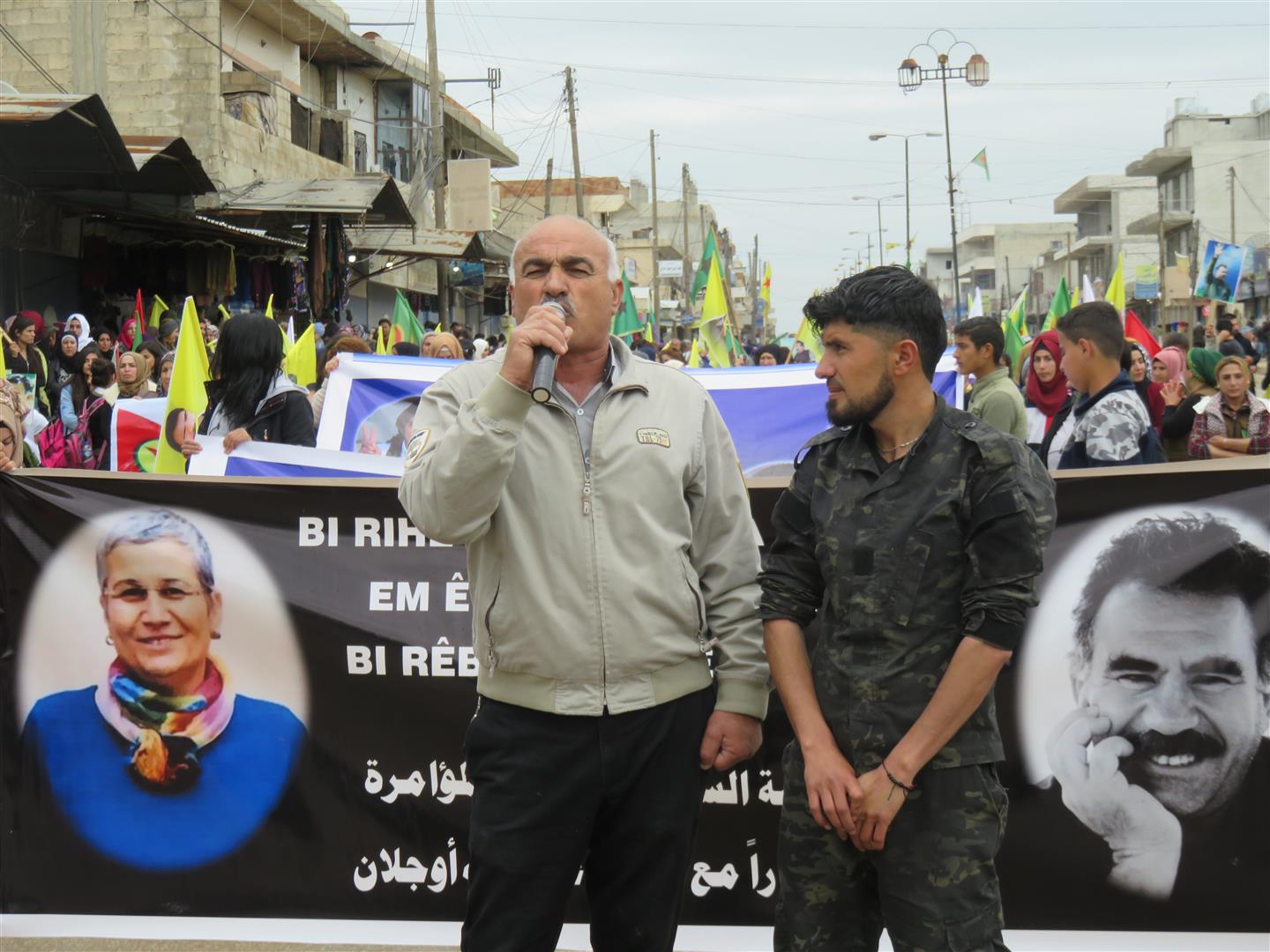 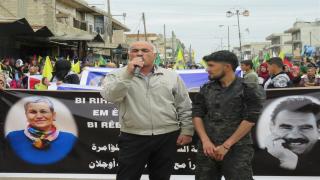 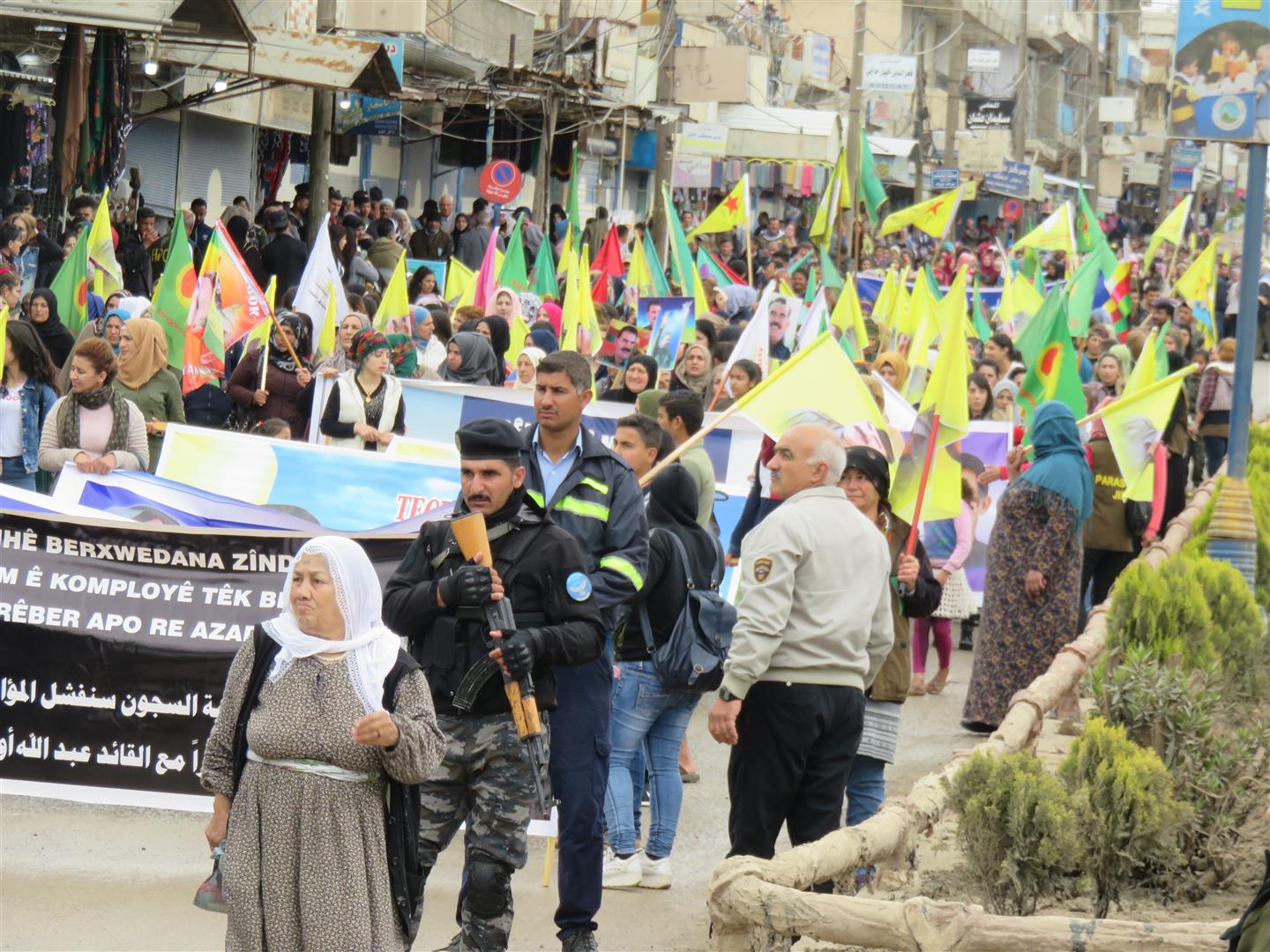 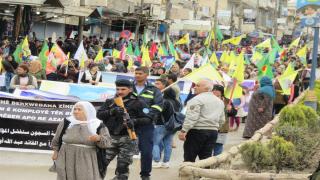 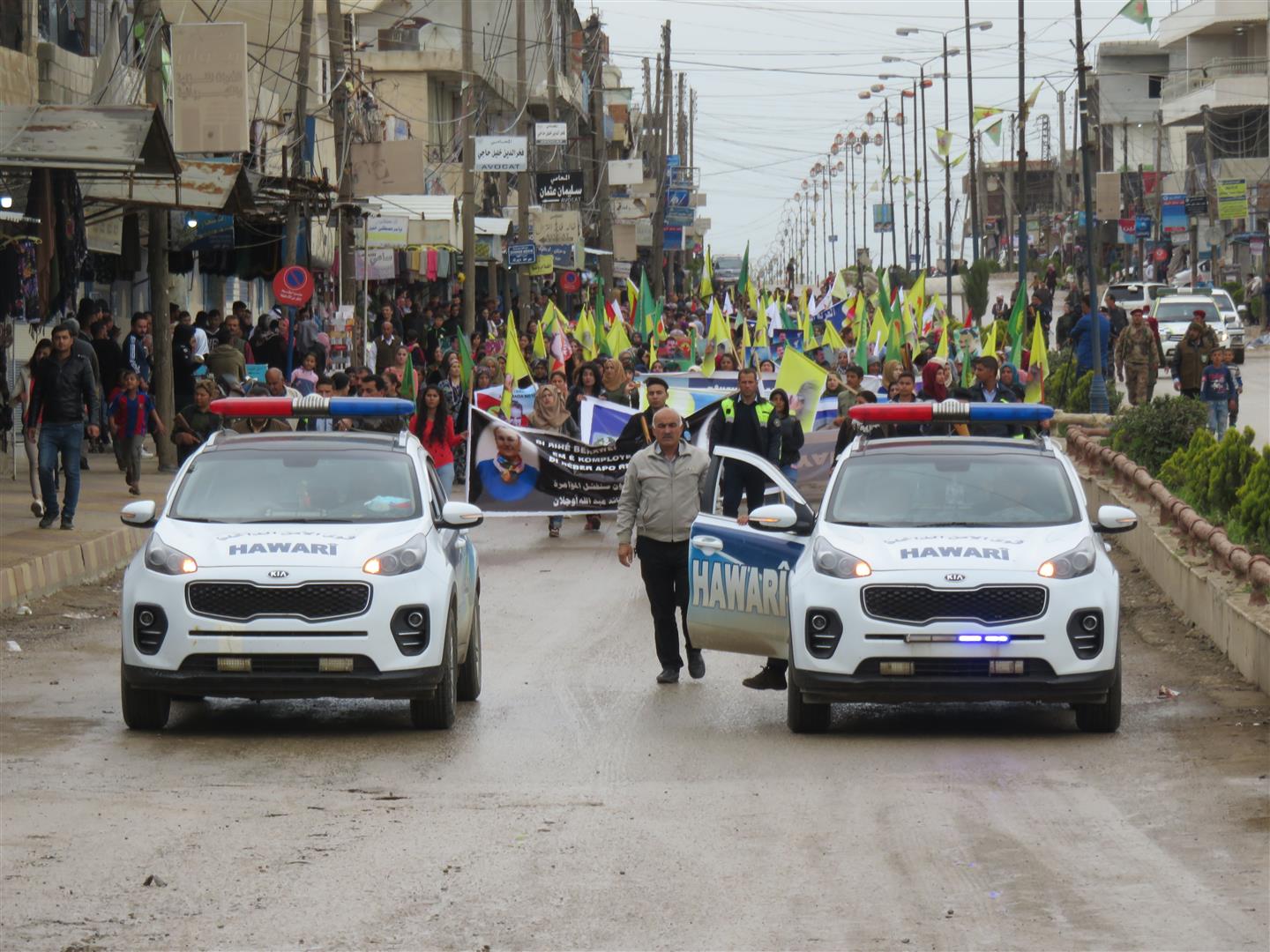 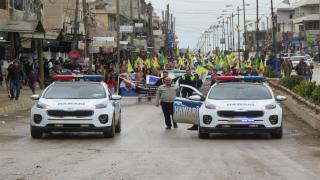