A seminar organized by the Syrian Center for Studies and Dialogue, entitled "The political situation at the time being ", it was held today in Kobane, and attended by a number of civil society activists and political, social and human rights figures.

" We have built a lot of friendship relations to restore our occupied areas."

During a speech by member of  the Executive Council of the Syria Democratic Council, Hassan Mohammed Ali, he said : "At this stage we were able build diplomatic relations with all sides, and eliminate ISIS mercenaries."

He added: "We knew during our war against ISIS that we will face challenges after ending ISIS. Indeed we expected the Turkish invasion of northern and eastern Syria. It talked about that at the  security council sessions of the United Nations in a public way, and wanted to activate it on the ground."

He said: "We agreed on stopping the ceasefire in order not to expand the conflict and war and  protect civilians from further displacement. In the recent invasion of the Turkish occupation. We are trying politically to recapture those areas, but it takes a lot of political work."

"The regime has tried  to provoke the sectarian tends in these areas, but it has failed,  The regime wants to hit the components by playing on the sectarian line." He added.

"We have moved beyond the stage of the urgent services in the political work;  we are working to activate the policy of providing sustainable services to the citizens, and giving the confidence to maintain with us our strategy and policy."

The Kurdish Question became an international affair, we have to move sensibly"

"One of our strategies is to unite the Kurdish community, organize it and agree on a unified Kurdish position, because the Kurdish question is not a matter for Syria only, it is an international issue now, and we have to act on this sensitivity."

Ali said: "We have to agree with the Arab-Syrian opposition, therefore we are considering dialogue sessions with the Syrian democratic opposition in Europe, we look forward to holding a conference that includes the opposition.

The Syrian government and the administration that has been invited to discuss the Syrian constitution, and several outstanding issues between the two parties on the Syrian solution." "We don't want to go back to the first round of the Syrian crisis, but to reach a new Syria, unlike what the Syrian citizen was living in,  stop all the fighting in Syria, and sit at the table. We are working on several files, including preventing Turkey from occupying more Syrian cities."

"We took assurances from Washington and Russia to protect Kobane and prevent Turkey from occupying it, but this does not mean that the Turkish occupation will not try to enter and occupy these areas, in the end we are dealing with countries. It's a big world, and it has a lot of interests in this region."

During the seminar, the attendees asked several questions about the situation, mostly focused on the Syrian-Syrian national dialogue, the Syrian society division as a result of the  of corruption, bribery and nepotism among the regime, killing and displacement of most of the society Syrians, wondering at  the Russian support for such a system in which administrative corruption is rampant and the most heinous killings against its people, in addition to focusing on the unity of the Kurdish rank. They demanded clarification of the solutions put on the table of the Kurdish political dialogue.

"The administration should expand the diplomatic circle and strengthen its relations with all the international countries ,"  Masoud Muhammed, a scholar and politician said.

The academic professor,  Sharvan Musallam also asked, "Is it really possible to say that the proxy war in the Syrian crisis is over? and the world states went down to the arena to show their weapons as a kind of gun show. Are there guarantees about the agreement of the administration with Turkey that US proposed especially after abandoning these areas by US?"

In response to the questions, Hassan said: "We have made great strides to reach the current stage of agreement with  the international countries, but we must not be fooled by the situation because the countries and systems are changing. So if the interests of these countries are not realized in the future in the world with us, They will turn on us and that's not far."

He added: "We agreed with all parties, and we asked all sides to reach a political solution either in the Kurdish situation or in the general Syrian situation, so we must not rush because we are all on one ship, if this ship sinks we will all drown."

He also said: "We are not against relations, but these relations must take into account the red lines that concern the fate of the Kurdish people. " we will stand against any party makes deals with the external parties at the expense of the Kurdish people. We work extensively in our foreign relations with all countries  "The region and the world will not stand in the way of the collapse of the interests of our people to serve external agendas."

"Although several years have passed since Sochi and Astana rounds were held, but until now, there has not been any solution and we have reached a solution with the regime. We are not looking forward to a solution overnight. There is a discussion and the dialogue must be purely Syrian until we can reach a  final solution in Syria ,"  Hassan Mohammed Ali said.

"We have to reach a Kurdish unity so that we can put forward the aspirations of the Kurdish people in all international forums, and the Kurdish parties should present the disputes in this area, and not go to the service of external agendas," he said. 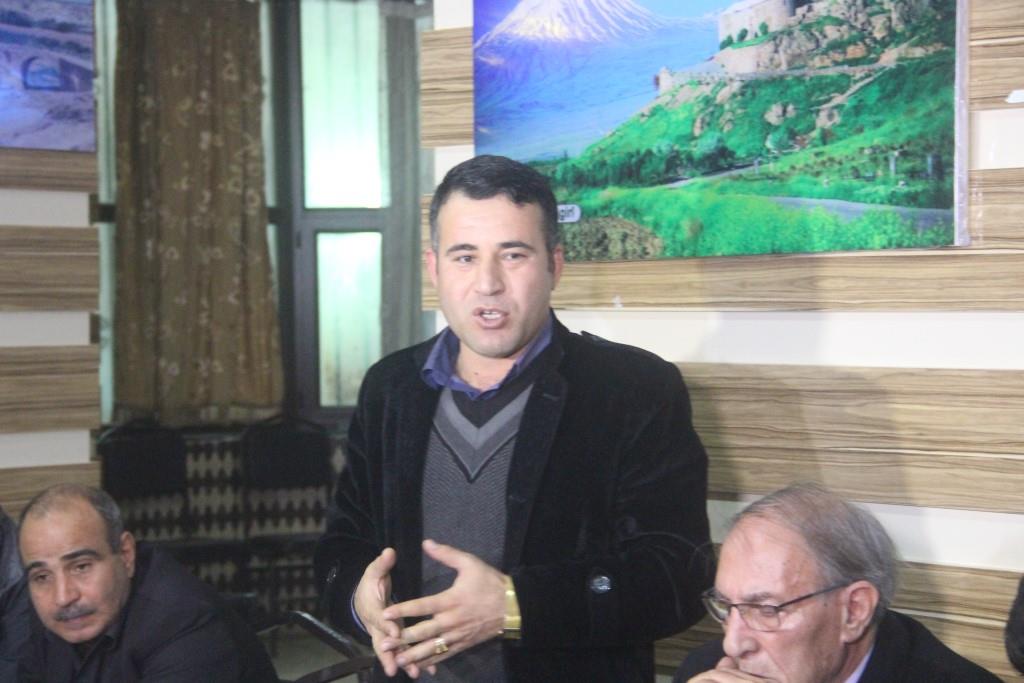 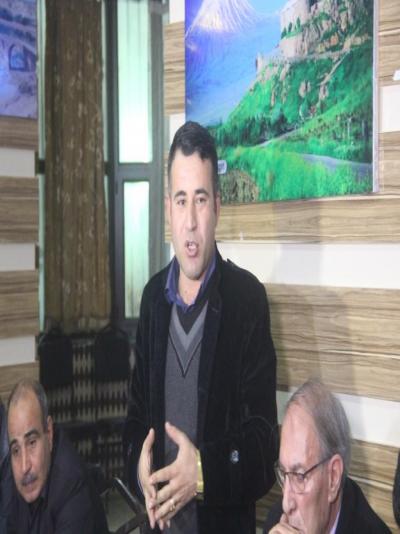 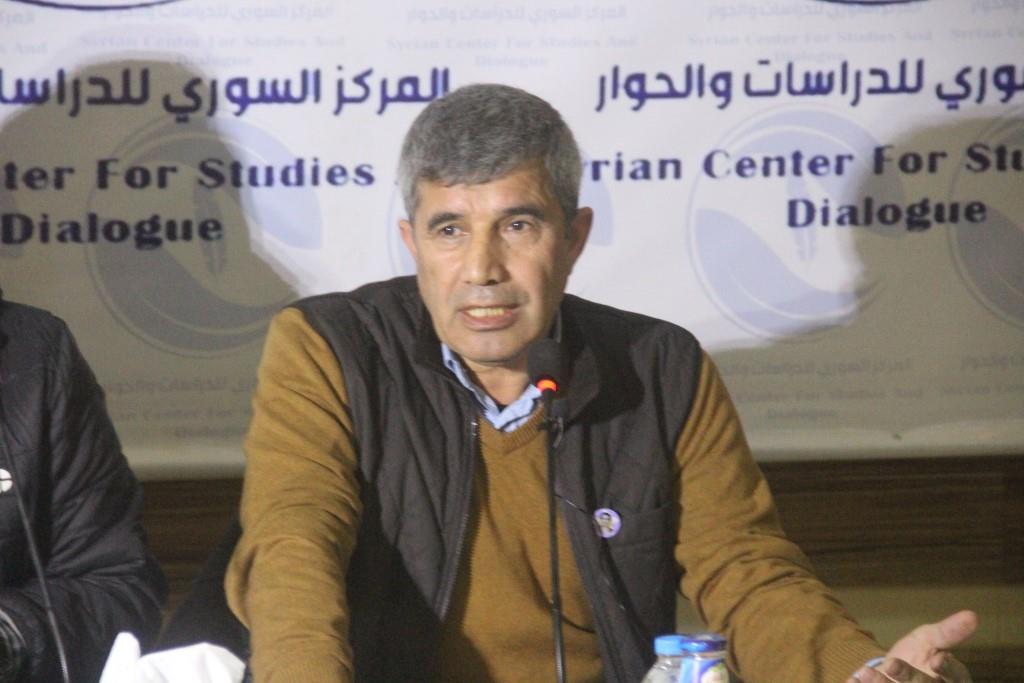 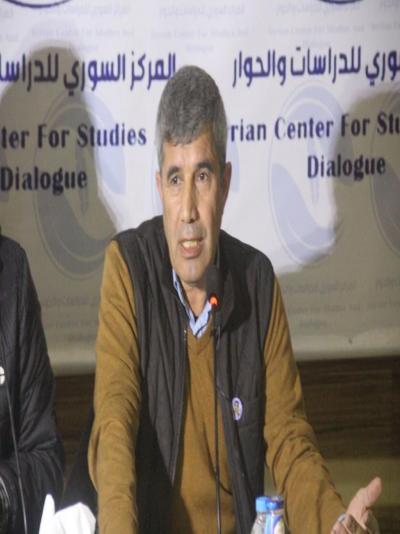 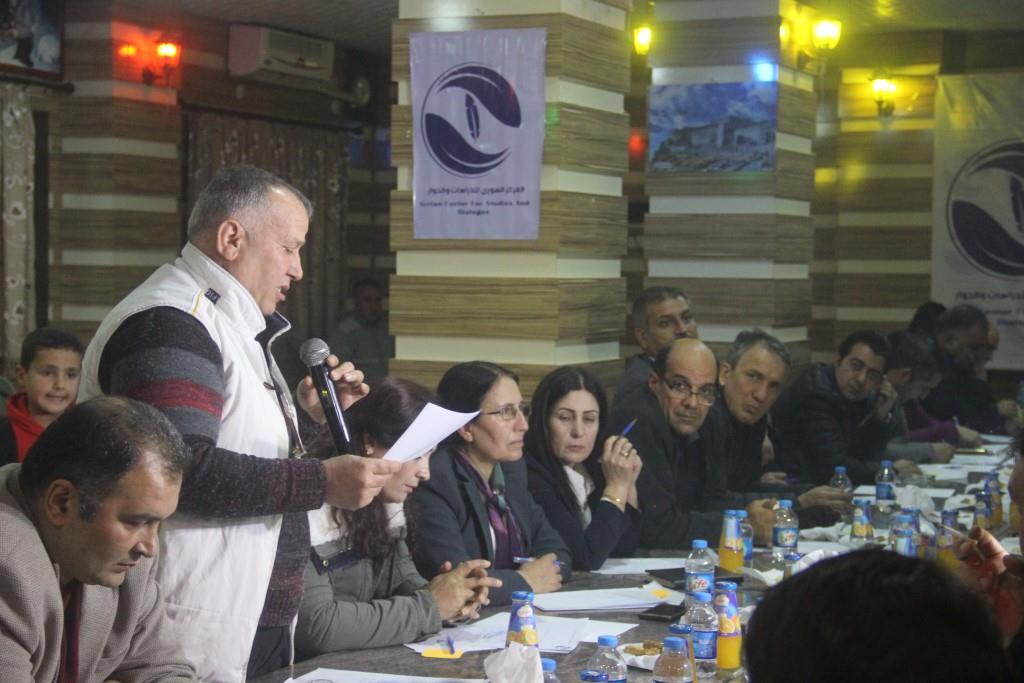 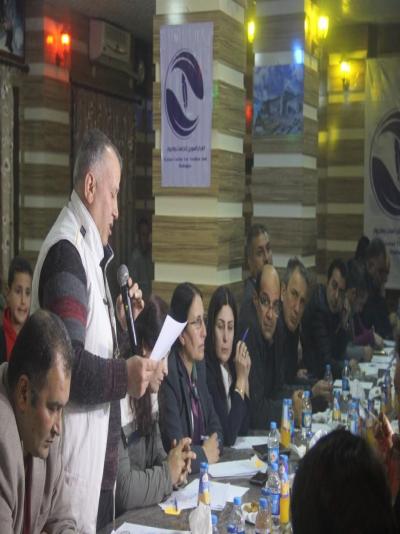 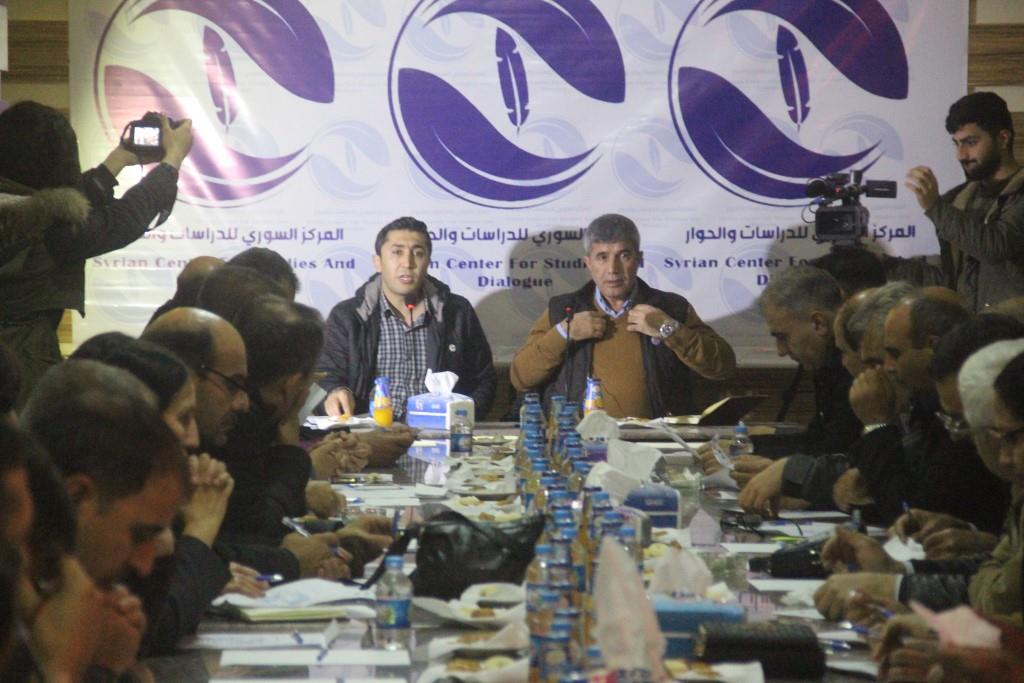 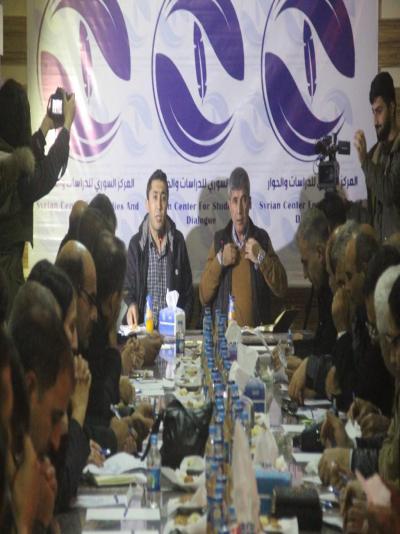 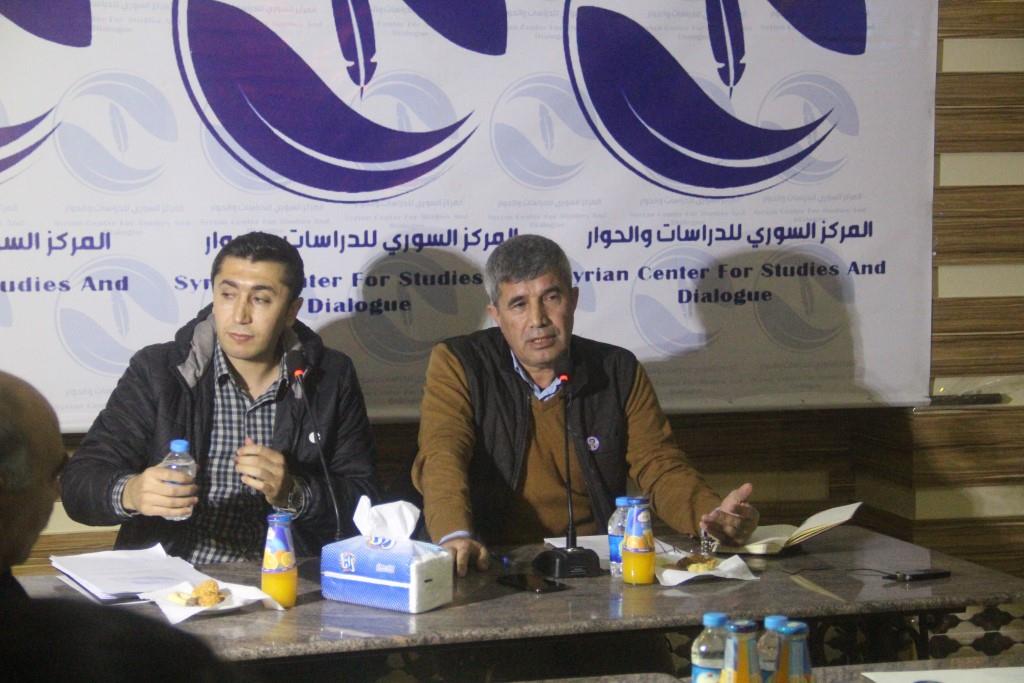 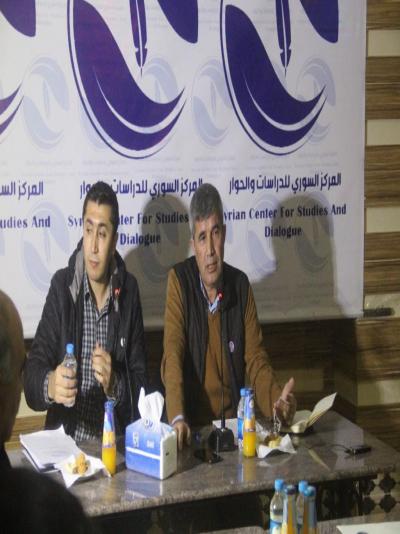 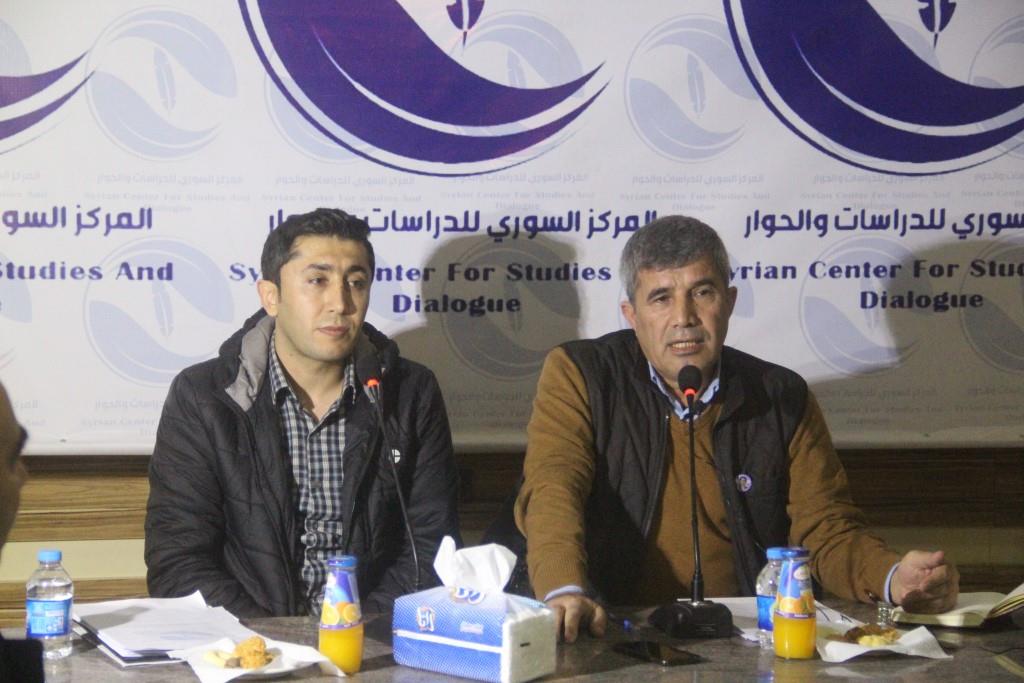 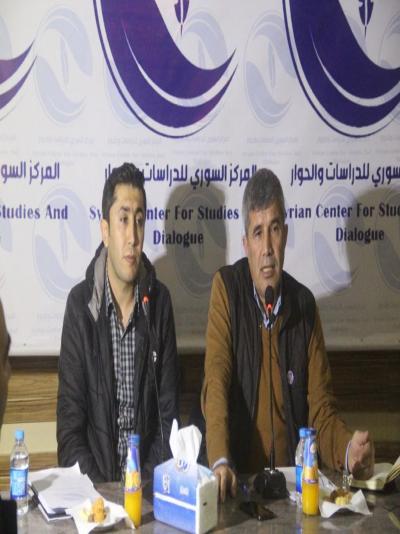 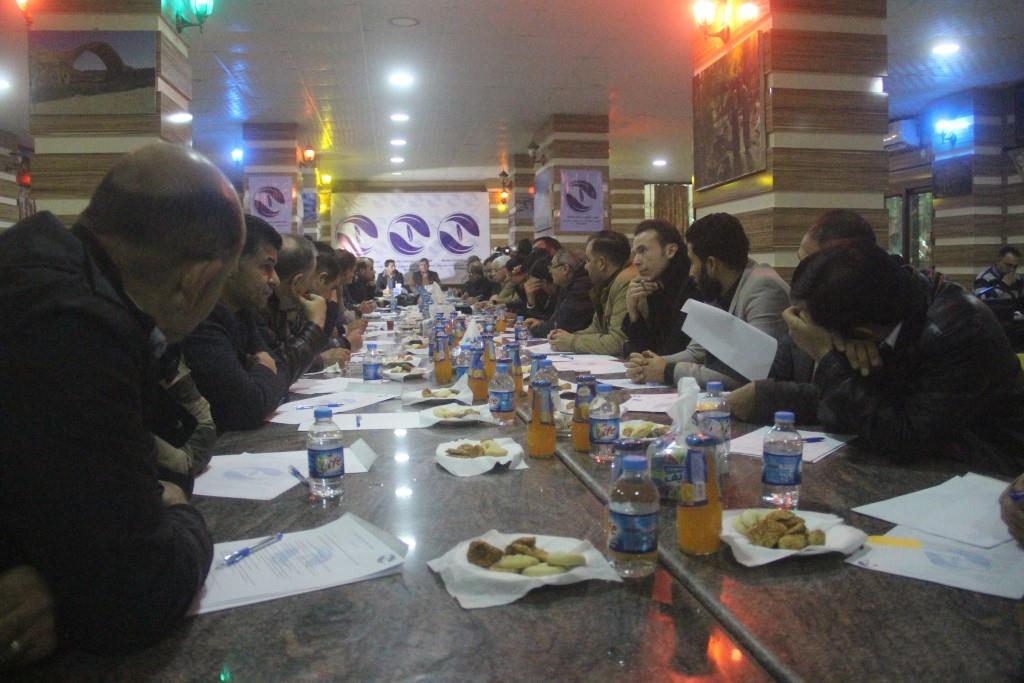 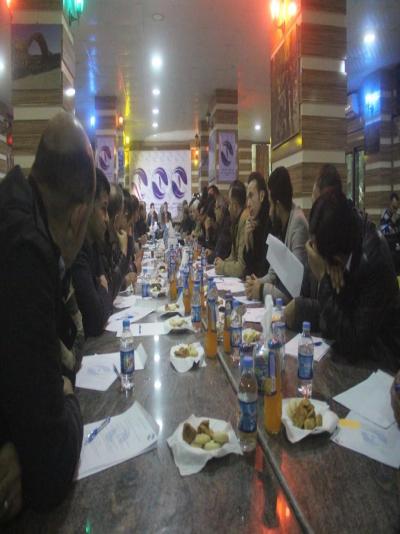 - Health Authority: Syrian authorities, with their wrong decisions, threaten the lives of our people

- ​​​​​​​In photos, effects of Turkish bombing on al-Shahba canton