After accusations of indirect war from Syria to Egypt, Libya, Yemen and other fronts, Crown Prince Mohammed bin Zayed of Abu Dhabi received a majestic reception when he arrived at the presidential palace in the Turkish capital, Ankara.

A decade of political break between Abu Dhabi and Ankara, after which the breakthrough began with contacts spanning months, started with a telephone call between the foreign ministers of the two countries, and then with an unexpected visit by UAE National Security Adviser Sheikh Tahnoun bin Zayed to Ankara and his meeting with Erdogan in mid – last August. 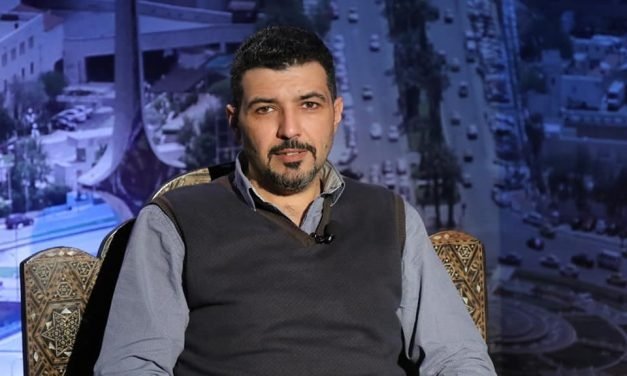 Three prominent attitudes of UAE - Turkish relations, the first of which was the dispute between the two countries over Egypt, where Abu Dhabi supported the removal of the then Egyptian President, Mohamed Morsi, who was supported by Turkish Government.

Second, the UAE was accused of supporting the failed coup d'état in Turkey in 2016. Turkish Interior Minister Süleyman Soylu said in February 2020 that the UAE was trying to undermine Turkey and provoke chaos and strikes.

The third attitude was when the Gulf crisis began in 2017, where Turkey supported Qatar.

At a time when Saudi Arabia, the United Arab Emirates, Bahrain and Egypt had severed diplomatic relations with Qatar, closed land entry points and prevented Qatari aircraft from flying through their airspace and shipping to Qatar through their ports. Two days later, the Turkish Parliament had ratified a military cooperation treaty between Qatar and Turkey, including the establishment of a military base in Qatar and the deployment of Turkish soldiers in the Gulf State.

the temporal context of what is happening in the region, from the Ala Summit, which ended in Gulf-Gulf reconciliation through Gulf attempts to reach an agreement with Iran, and today the United Arab Emirates delegation visited Turkey and a United Arab Emirates delegation visited Qatar. All of these are linked to the United States' future strategy, which it announced by confronting China and putting attention to the Middle East in later ranks. "

The economy is in the service of politics. Turkey collapses economically and Emirates exploits

The importance of this visit comes at a time when Turkey is experiencing the largest economic crisis in its history, with the Turkish lira currency depreciation by 15 per cent last Tuesday, with its lowest record against the dollar.

This came a day after Erdogan defended a controversial plan to lower interest rates to boost the economy, pledging to continue what he called the country's "war of economic independence."
The lira lost 45% of its value this year, making it the worst-performing currency in the world, losing investor confidence.

Turkey and the United Arab Emirates signed a number of trade agreements on the sidelines of Abu Dhabi Crown Prince Mohammed bin Zayed's visit to Ankara and his meeting with Turkish President Recep Tayyip Erdogan on 24 November.

Agreements and cooperation notes between the two countries covered the areas of trade, energy, environment and investment, and Abu Dhabi announced the establishment of a $10 billion fund to support investments in Turkey.
On the connection of this visit to the Turkish economic meltdown, Qasarjian explained, "There is a vision directly put forward by the former Minister of State for Foreign Affairs and Chancellor Anwar Qarkash who spoke about the idea of economics in the service of politics."

He added: "In addition to arranging papers, the Emirates therefore seeks to diversify its economy and considers Turkey to be fertile ground for investment and economic gain; Because of its location, nature and population, all these things encourage the UAE to invest. The most important factor now is the depreciation Turkish lira. So, for the Emirates, it's easier to get an investment.

On the economic situation in Turkey, Qasarjian said: "It is very bad and before the visit the Turkish lira reached approximately 13 and a half lire against the dollar, a historical record in the history of the Turkish domestic currency, but the lira recovered due to the high expectations of this visit and the announcement of UAE investments worth $10 billion."

He continued: "Currently the lira is at the ceiling of 12, 10, of course this is also a record level for the Turkish lira and its repercussions are beginning to emerge from the imposition of an increase in energy prices and a rise in the price of bread, so far the Turkish government is pressing to keep prices within its logical limits as much as possible but the increase in the dollar will naturally reflect on prices, and thus the economic crisis in Turkey will deepen."

Will these deals save Erdogan?

On the value of these agreements, the Turkish official said: "In itself, it's not enough to save Erdogan, but of course it's contributing to some kind of recovery for the Turkish lira. The most important of these agreements is to strengthen UAE investment confidence in foreign investors in Turkey and to strengthen Turkish citizen confidence in the Turkish lira. Of course, that could lead to some détente, but to say that investments in the $10 billion will save Erdogan is a very high ceiling of expectations, especially as we talk about a country with dues. And so it's bigger than a $10 billion investment fund. "

Turkey, Erdogan. From hegemony to an economic rivalry between the Emirates and Qatar

The Ottoman Sultan, as many have called it, dreamed of expanding his country's hegemony over various countries of the world and becoming Turkey as an octopus.

However, the Egyptian role, in cooperation with regional countries affected by Turkish movements, has been thwarted. Turkey has not made any profits from its movements in Eastern Mediterranean and Africa. Russian intervention in favour of Damascus and the presence of the Autonomous Administration in North and East Syria has failed its plans in Syria.

About what Turkey gave to the Emirates, Qasarjian said: "Here we speak of mutual economic interests. In the end, the parties have an interest in economic participation, either politically, Turkey has since renounced its plans, known as the new Ottoman, and the establishment of the Muslim Brotherhood in several Arab countries, because this project is no longer in force. "

Qasarjian noted that "Turkey was not alone in this project. We must remember that, at the beginning of what was called the Arab Spring, all Western countries supported the Brotherhood's access to rule in the Arab States, and thus those States that withdrew; Turkey has tried to move forward with this project on its own. But it knew it wouldn't work. The project fell, and the beginning of its fall was in Egypt, Tunisia, and now Libya, and in Syria, the project also fell.

After Erdogan sought to control the wealth of Arab countries, the Middle East, Libya, Tunisia and the Eastern Mediterranean, Turkey became a breeding ground for economic appetite.

Qatar has enjoyed concessions in recent years in Turkey, where it acquired 10 per cent of the shares of the Istanbul Stock Exchange, the port of Antalya and the largest shopping malls in Istanbul, and the Golden Horn Bay development projects on the European side of the tourist city.

Observers are of the view that all these investments have opened up Abu Dhabi's appetite for the purchase of shares in Turkish projects and the establishment of strategic partnerships, particularly in the new Istanbul Channel project, which will link the Sea of Marmara to the Black Sea.

These countries are taking advantage of Turkey's desire to support the Turkish economy and domestic Turkish currency, which has lost about 40 per cent of its value over the current year alone, and has been disturbing Erdogan and threatening his chances of winning the presidential elections scheduled for June 2023.

"Turkey is now the most eager to arrange its papers at home and Erdogan is at least trying to ensure that his rule continues in the upcoming elections, especially since he has made all these arrangements and changed the system of government; With the sole goal of continuing in power. Thus now Turkey's primary objective is to achieve this security for Erdogan. "

On the impact of this convergence on regional files, Sarkis said: "Yes, there will be an effect, but we must not raise expectations here either; Because in the end we are the ones who are witnessing partial policies, so it's possible that these relationships will continue and get warmer. At the same time, there are differences in a number of files. There is a close relationship between Ankara and Moscow, as well as between Ankara and Tehran. There are deep differences in a number of files, with regard to Moscow, the Ukrainian file is a very sensitive file linked to national security, and there is a dispute with Turkey in this file. With regard to Iran, the Syrian file, with Russia, there is a dispute in Syria and Libya.

Turkish journalist and analyst Sarkis Qasarjian concluded: "The political framework of the UAE - Turkish relationship may also be similar to that of Turkey with Russia and Iran, with the small difference being that Turkey feels more needed by the Emirates not only for investments, but also because of the presence of Sadat Baker in the Emirates and the very sensitive information it has in its possession. Thus, of course, I believe that this relationship will have a positive impact on the contentious files between the two sides, but not to the extent that they match visions or strategies. "

​​​​​​​An attempt to target Balad Air Base in Iraq was thwarted

Iraqi Security Media Cell announced that it thwarted an attempt of targeting Balad Air Base ...