The new epidemic of Corona has become a major threat to the lives of millions of people despite all the precautions taken by most countries of the world, but the virus has spread within most of them.

The Autonomous Administration for North and East Syria has taken several precautionary steps, including suspending schools, universities and all institutions to make way for medical committees to sterilize the institutions as a precautionary measure, in addition to the strict preventive measures they take at border crossings.

The "Crisis Cell" determined its task which is following up the health conditions in various cities in northern and eastern Syria and preparing health centers, where 7 centers have been equipped so far, in addition to allocating some sites to quarantines.

Fears of the spread of the virus increase in the camps scattered in northern and eastern Syria due to the tremendous number there, including al-Hol camp which opened on the 9th of March 2016, located 45 km east of al- Hasakah city, and includes more than 40 thousand people from ISIS mercenaries’ Syrian and foreign family members.

Ahmed Youssef, one of the displaced people in the camp says: "The Corona virus has not spread inside the camp yet, and the Autonomous Administration continues to provide medicines to us in various conditions, in addition to giving educational lectures on personal hygiene, and how to prevent this virus."

On the preventive measures taken in the camp to prevent the outbreak and spread of the Corona epidemic, Hawar news agency (ANHA) met with the director of the medical point of the Kurdish Red Crescent in the camp, Mahmoud Ali who explained that no cases inside the camp have been registered yet by the World Health Organization.

Ali pointed out: "Since the beginning, al-Hol camp is considered a quarantine not allowing civilians to enter it, nor the residents to mix with the outside."

Ali made clear that they will carry out sterilization campaigns on an ongoing basis, accompanied by a "health education" team that organizes educational lectures on how to prevent corona virus for patients at the Kurdish Red Crescent point and the hospital opened in the camp.

Ali pointed out that the Kurdish Red Crescent is seeking to increase the number of its team in the camp, so that the Health Education Committee can visit all tents, and provide methods of preventing the virus for the displaced and refugees.

Mahmoud Ali stated: "The Kurdish Red Crescent continuously coordinates with the Autonomous Administration in terms of health, and called for stopping the visits, taking measures for examining the visitors at the entrance gate of the camp, and providing the necessary equipment and materials in this regard."

Since the emergence of the Corona epidemic, the organizations in al-Hol camp have worked to reduce the number of their staff, which negatively affects the health services provided to the displaced and refugees, in addition to creating an additional burden on the Autonomous Administration in order to meet the needs of the residents of the camp.

Moreover, these organizations, according to information from inside the camp, did not provide any health support or medicines for the medical points operating in the camp to ensure that this epidemic does not spread in the camp.

At the end of his speech, Mahmoud Ali called on the International Health Organizations to prepare health rooms inside the camp for fear of its spread, as well as examining the people who come from abroad in a certain way for the safety of the camp and providing medicines and devices for emergency situations. 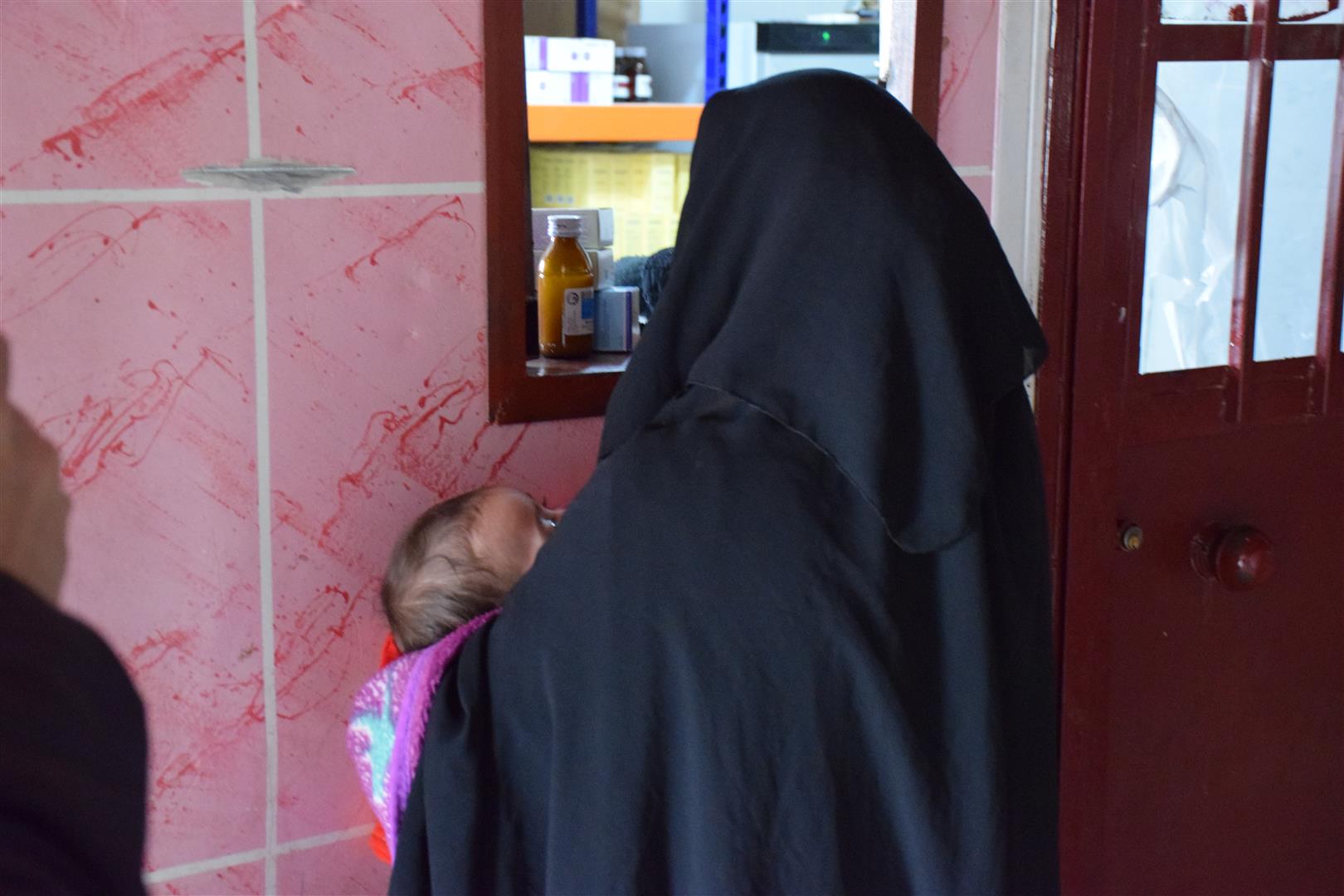 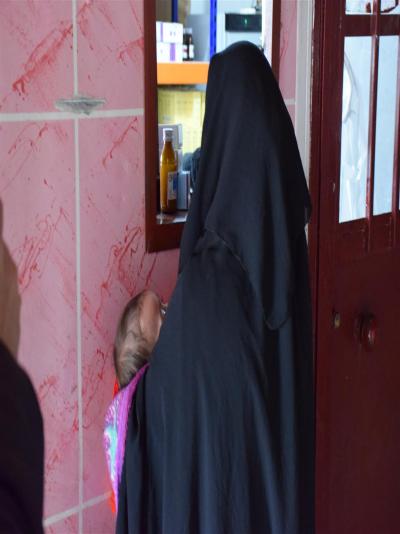 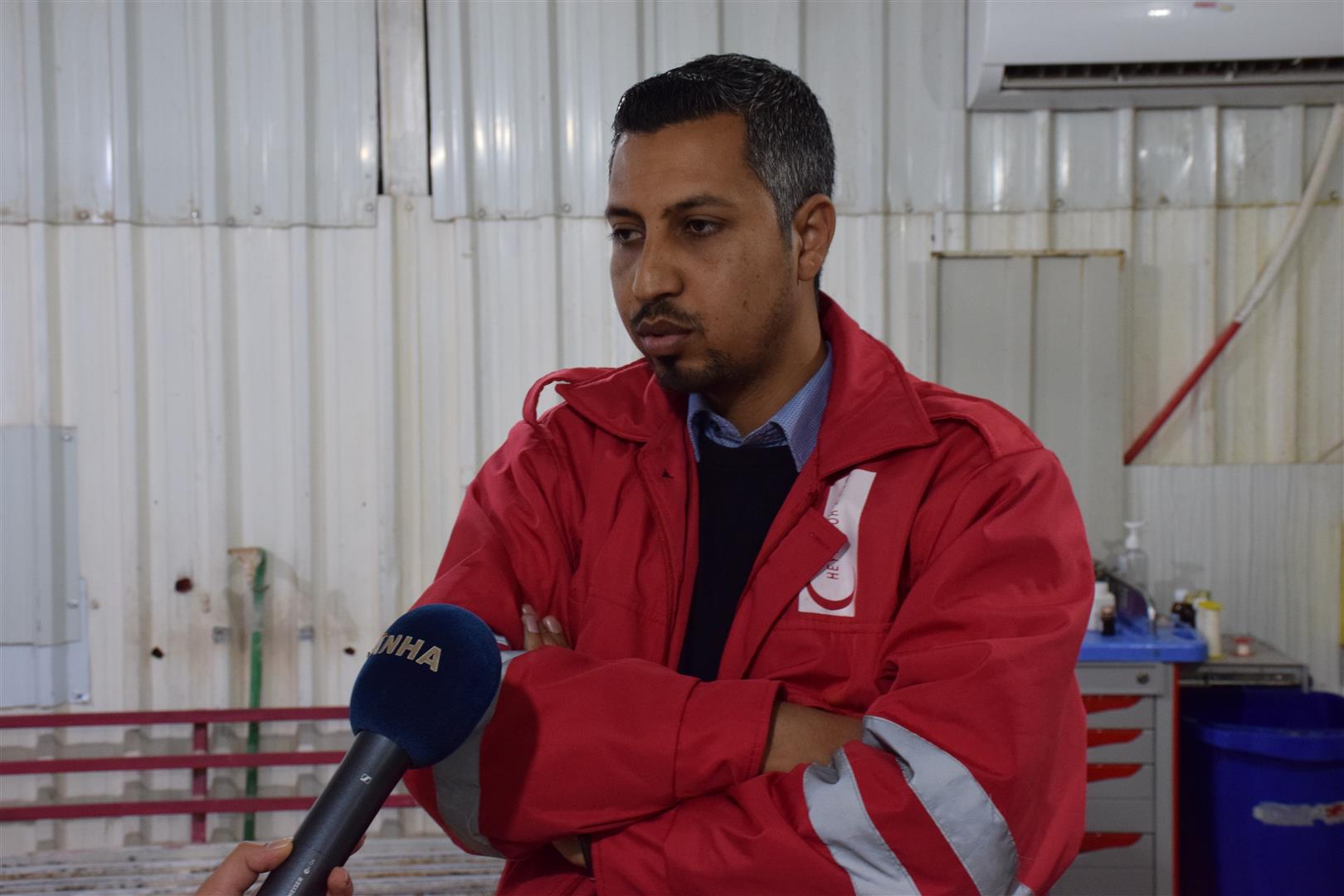 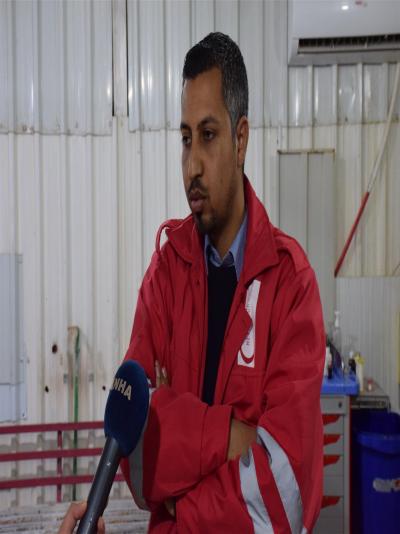 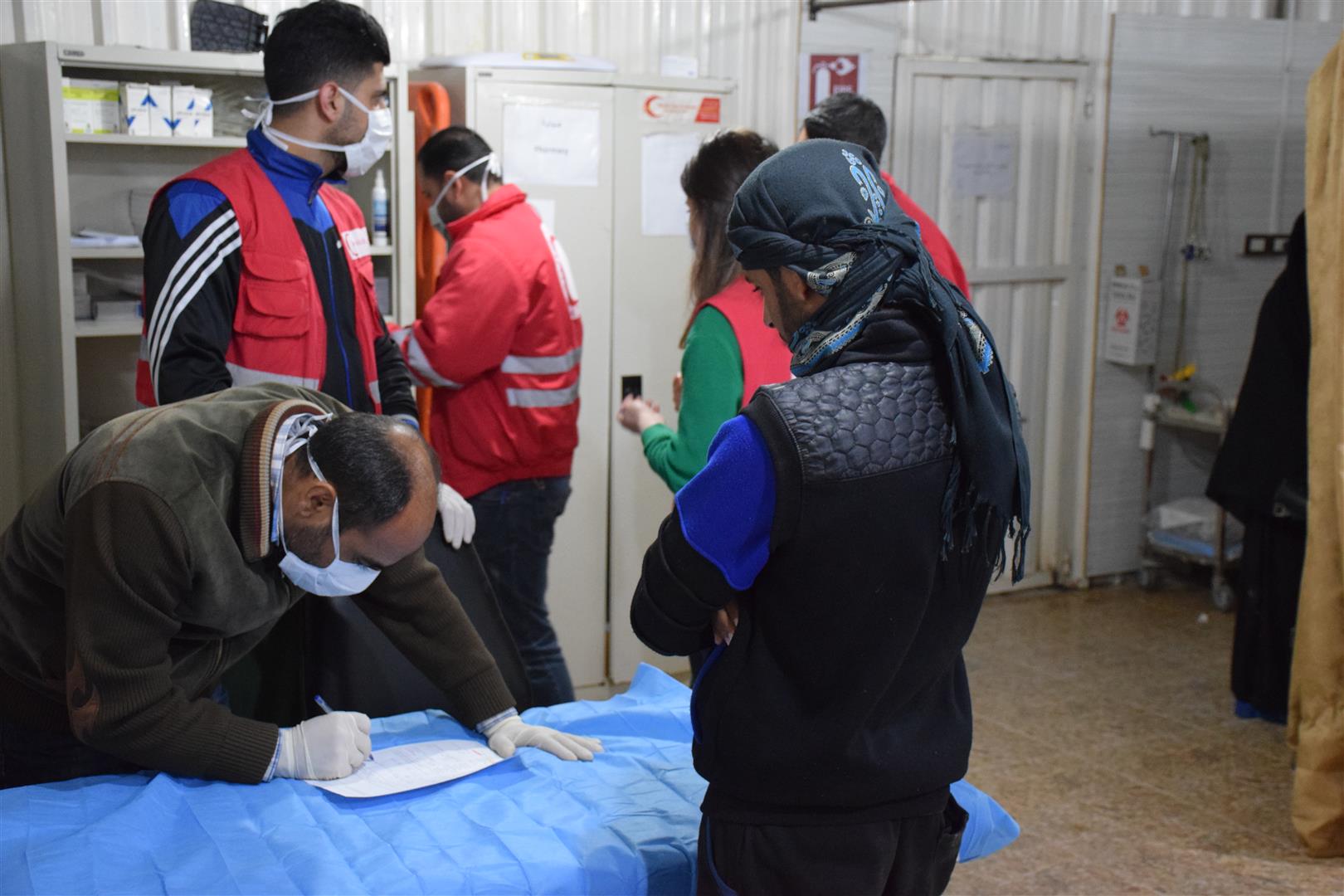 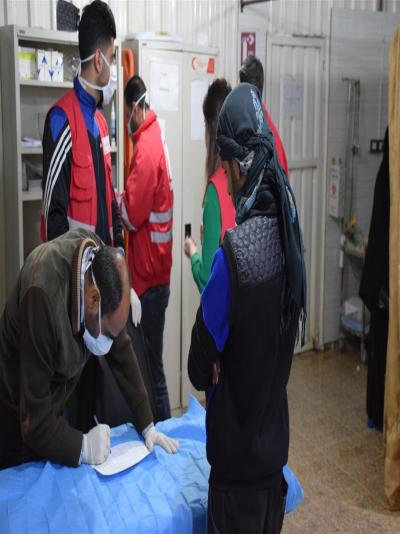 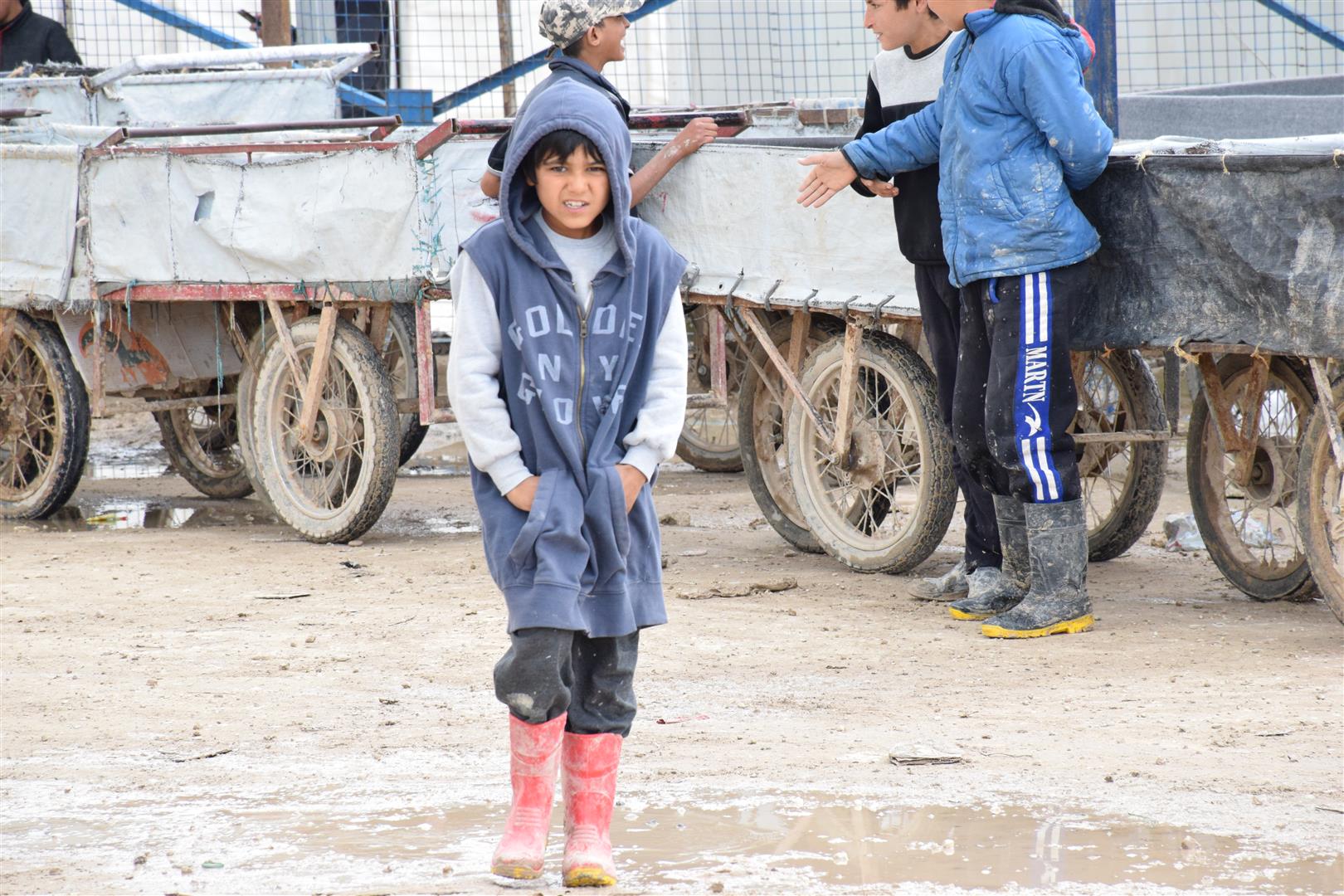 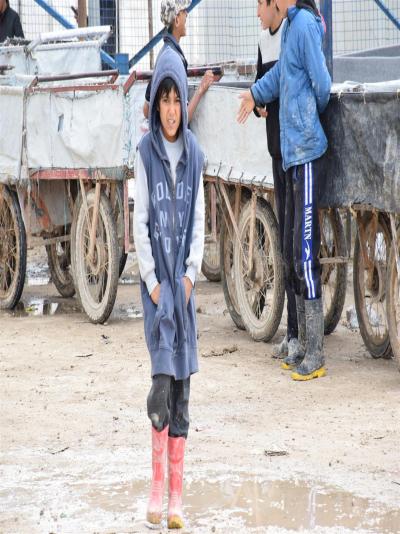 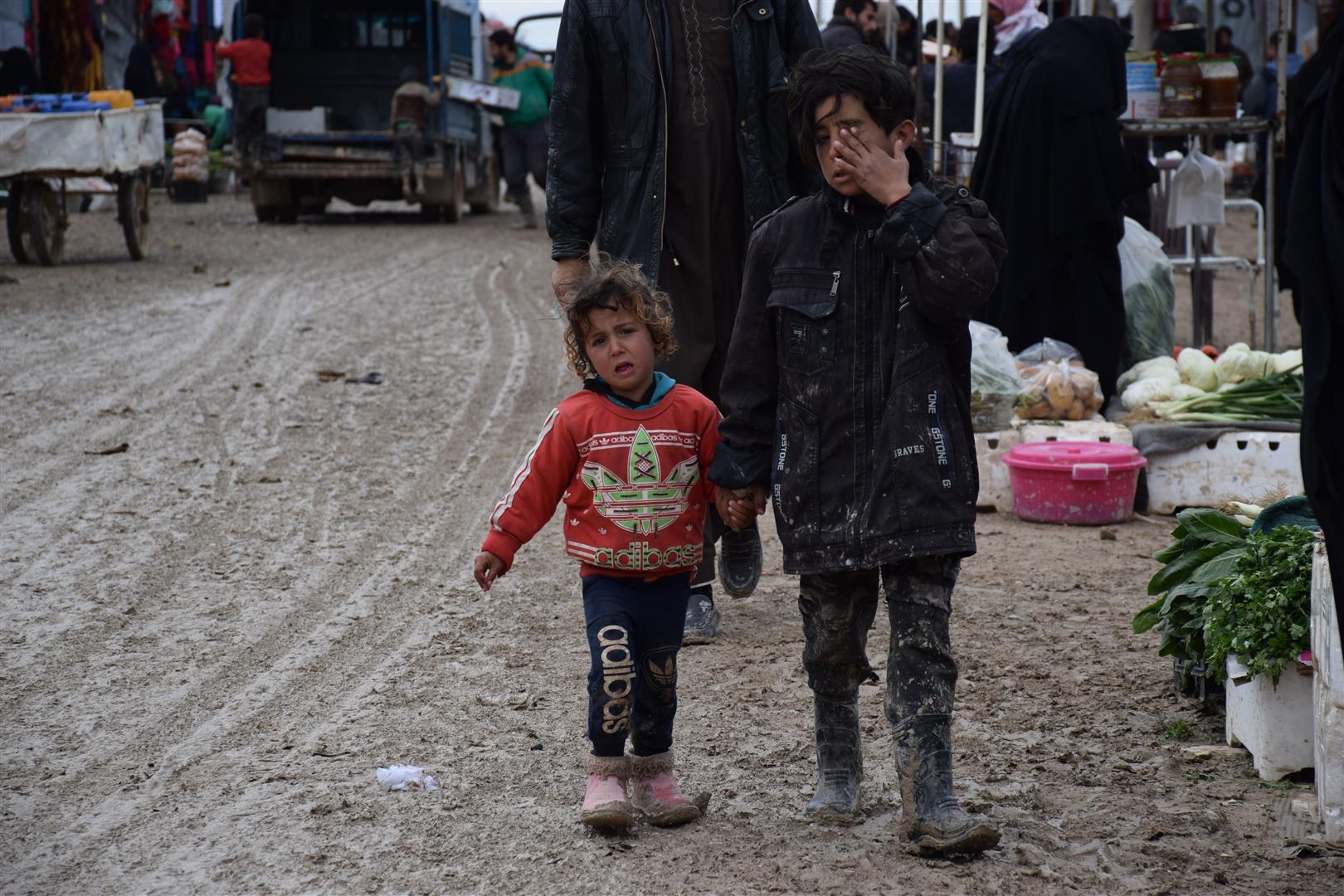 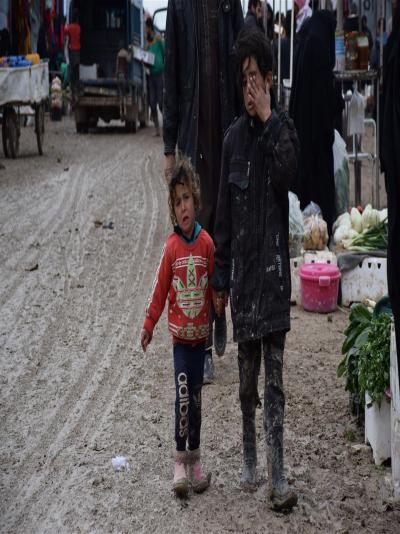 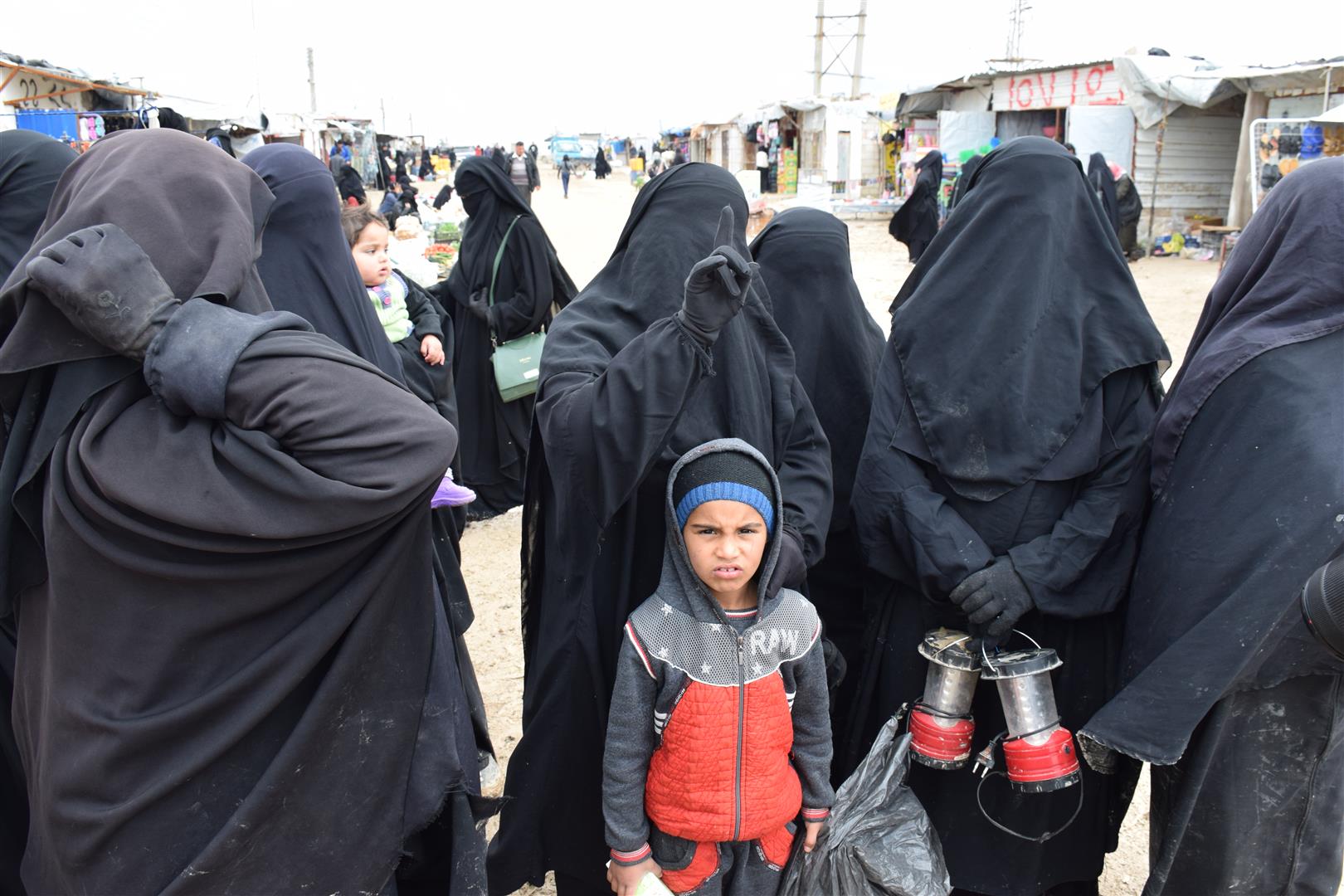 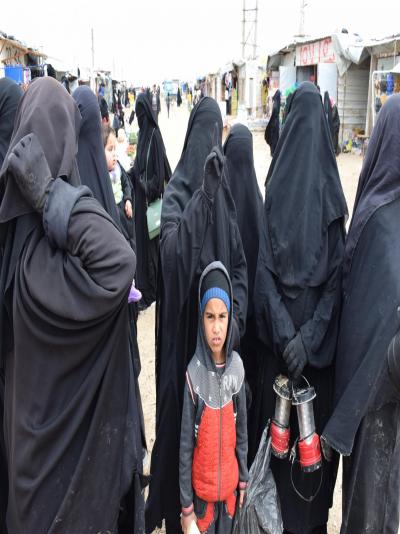 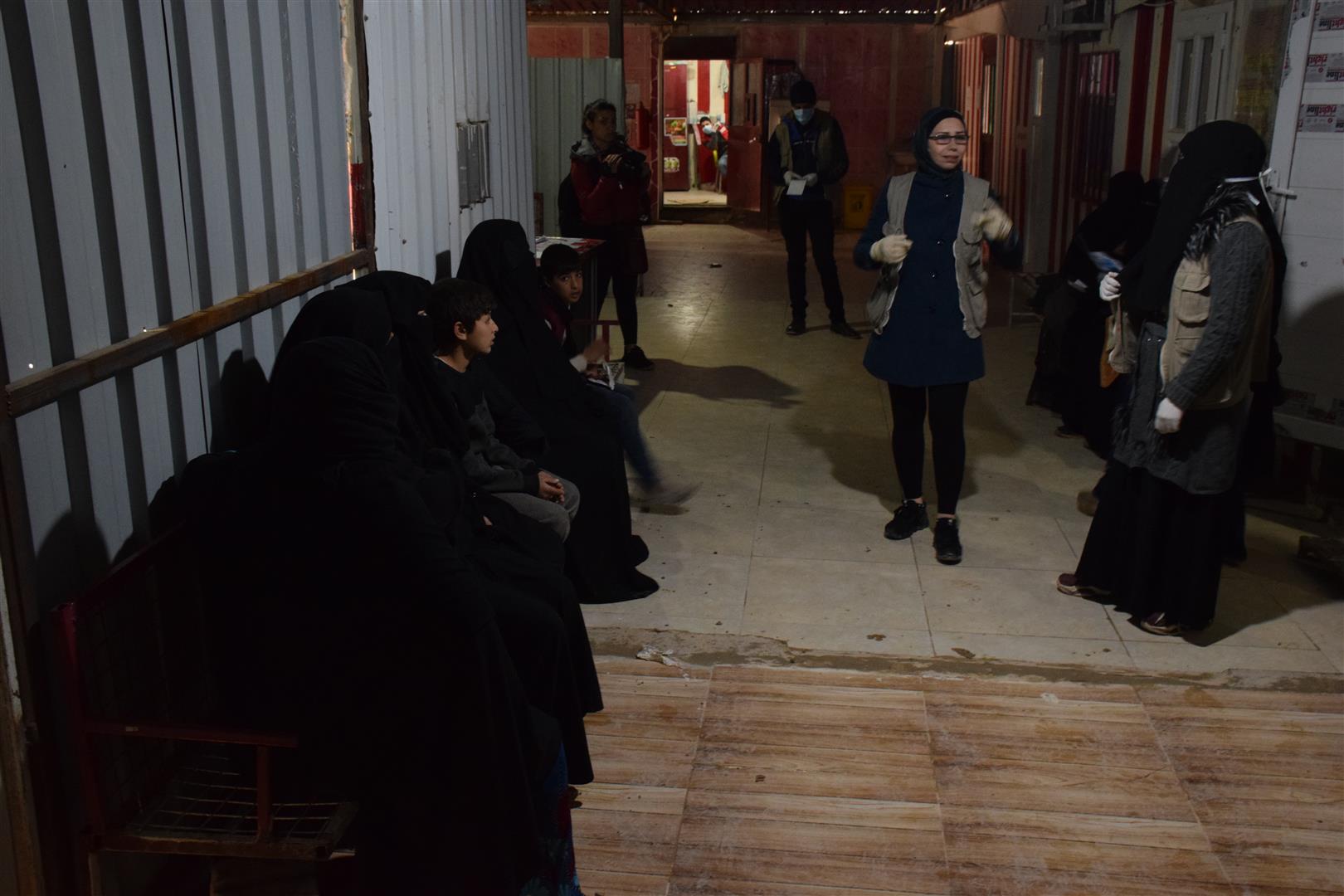 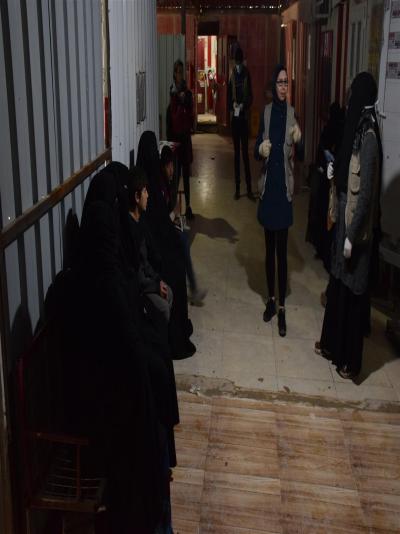 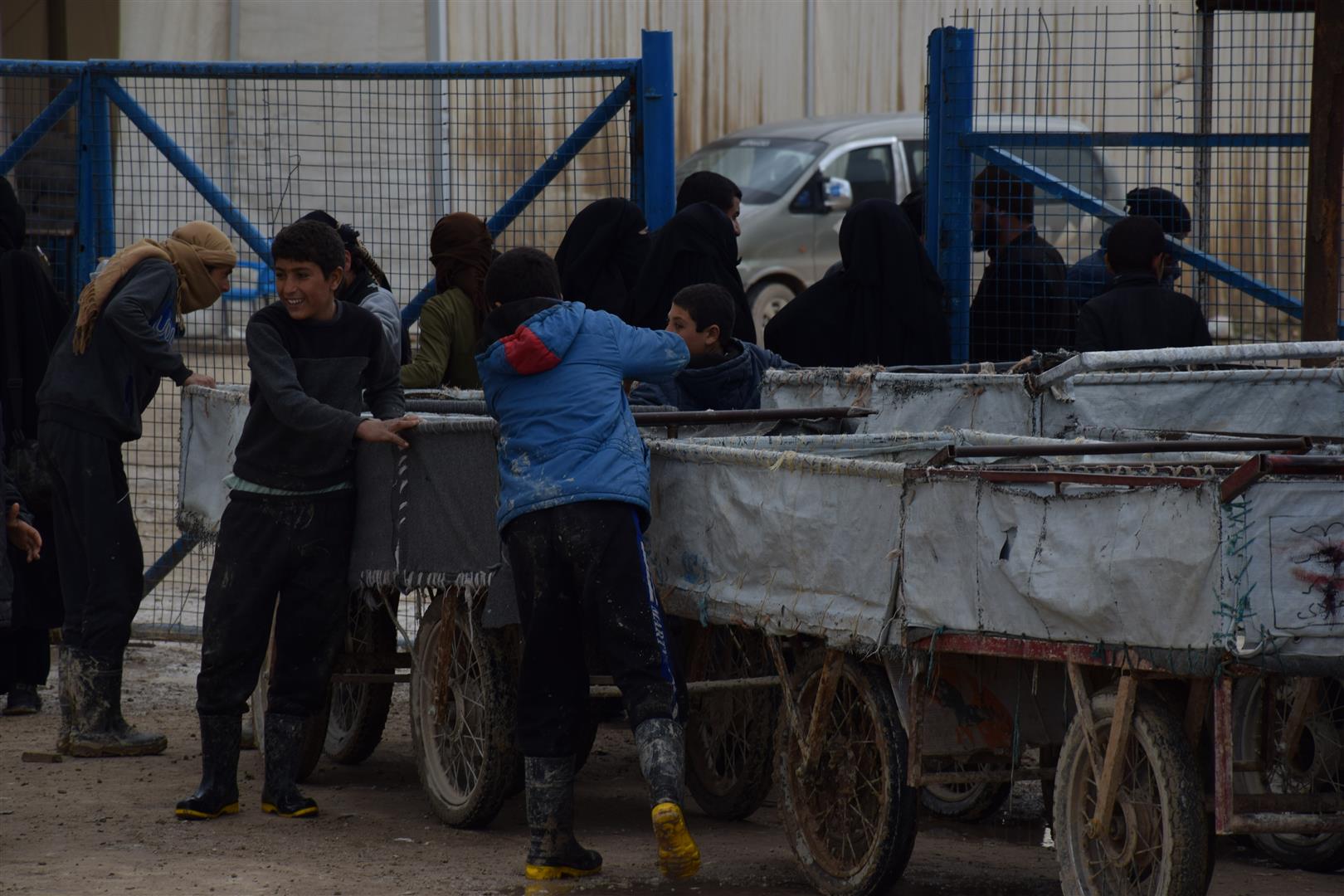 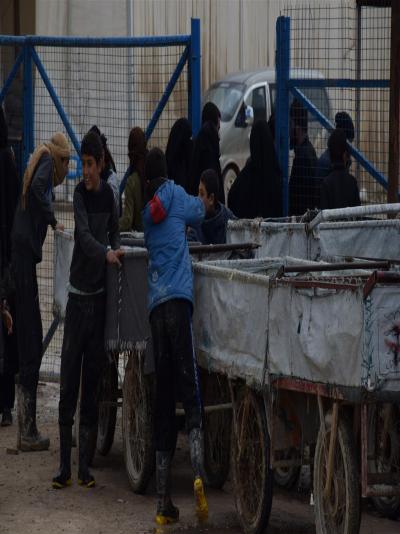 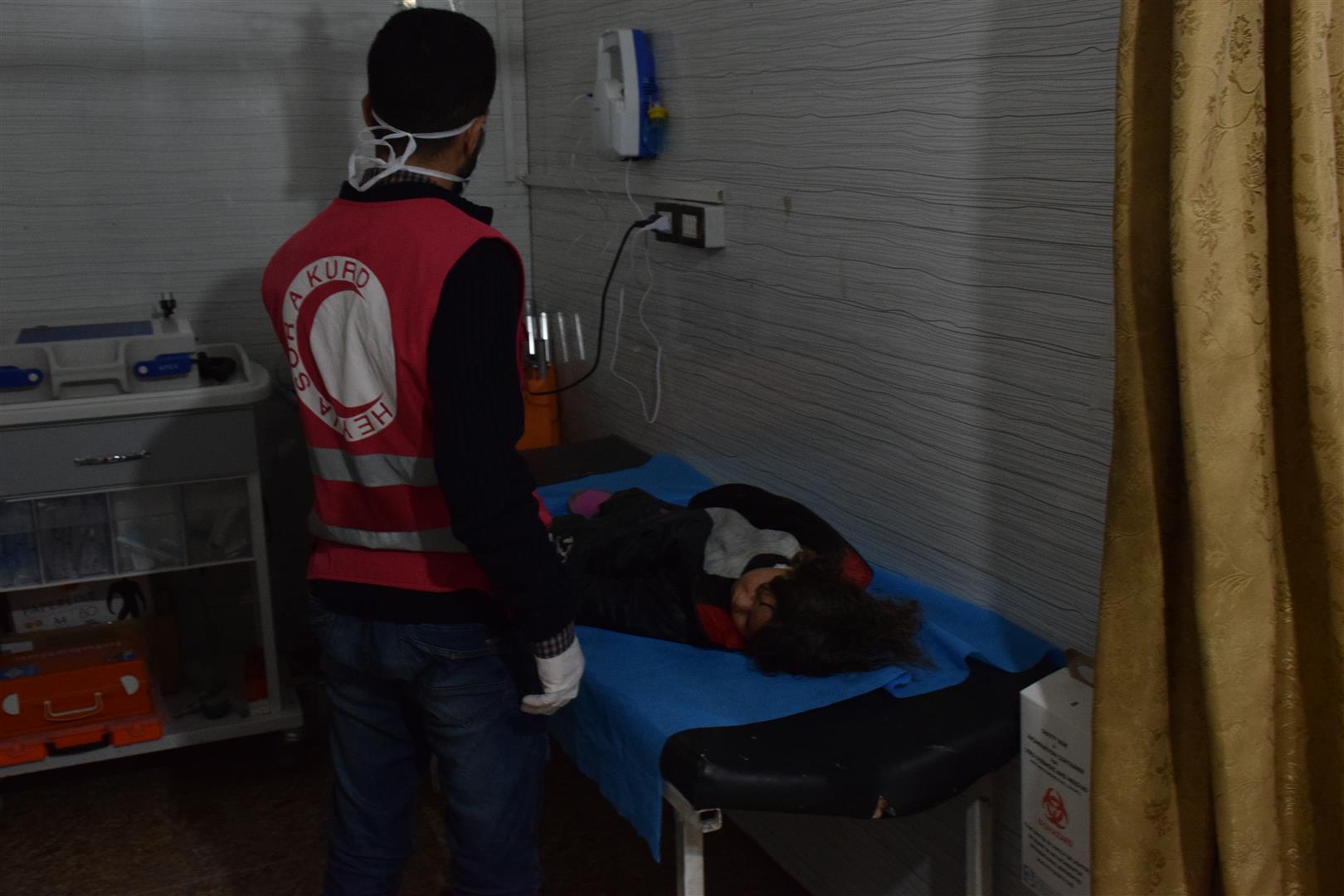 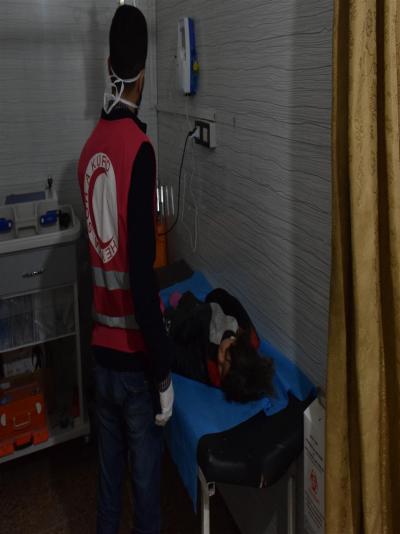 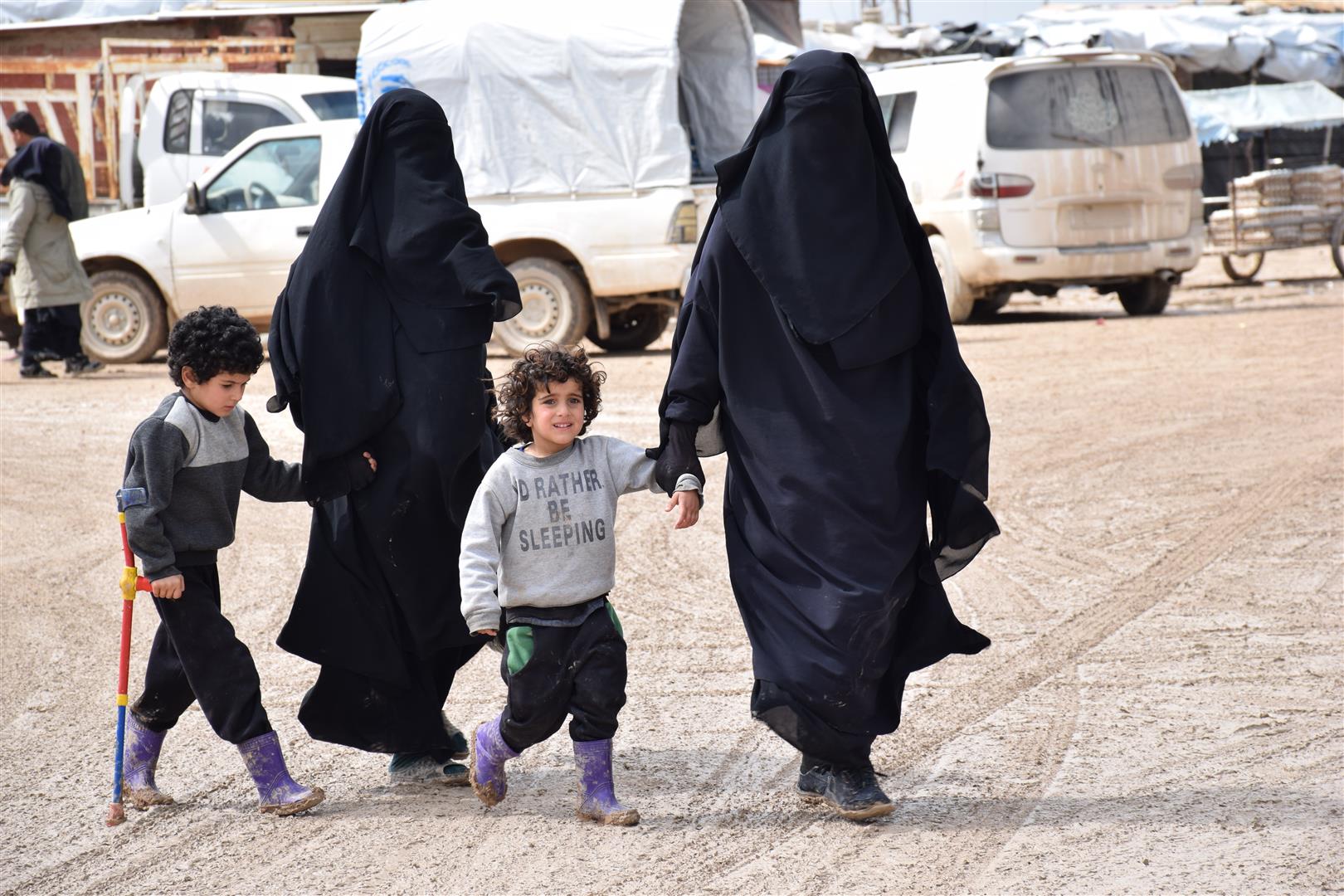 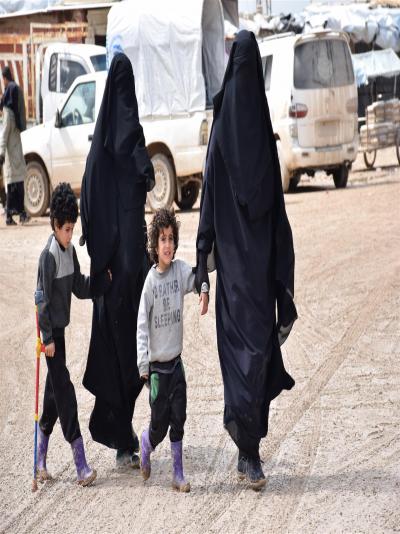 ​​​​​​​The Kurdish Red Crescent has distributed awareness flyers about the dan...

The administration of the Newroz camp in Derik sent a consignment of food that was in its wa...

The residents of Al-Hawaij camp in the western countryside of Deir Ezzor said that the camp'...
Old Website