Hundreds of members of the Kurdish community in Lebanon gathered in front of the United Nations' headquarter in the Lebanese capital, Beirut, holding the pictures of leader Abdullah Ocalan and banners calling for Ocalan's freedom. There, they organized a sit-in that started with holding a minute of silence, followed by chanting slogans called for the freedom of the leader Abdullah Ocalan.

That was followed by reading a statement on behalf of the Kurdish community in Lebanon, which included:

"The leader Ocalan, who represents the political will of millions of people has been detained on Imrali Island since February 1999 following an international conspiracy, and the Turkish government has recently imposed a severe isolation on him, as his lawyers and family have been prevented from visiting him in a flagrant violation of the international agreements and laws, including the articles related to human rights in the Turkish law.

On Thursday, the island was exposed to an arson, which rises fear for the life of the leader at a time when the Turkish government is concealing the reality of the situation on the island.

We, the Kurdish community in Lebanon, condemn and denounce the isolation imposed on the leader Ocalan, and we condemn the arson took place on the island.

We ask the United Nations represented by its Secretary-General to assume his responsibility and intervene with the Turkish authorities to allow the leader’s lawyers and family to visit him, remove his isolation, explain his fate in prison after the alleged fire and work on releasing him.

After reading the statement completed, a delegation representing the community went to the United Nations’ headquarter and handed over the officials a statement of their demands.

The sit-in ended with chanting the slogans calling for Ocalan's freedom. 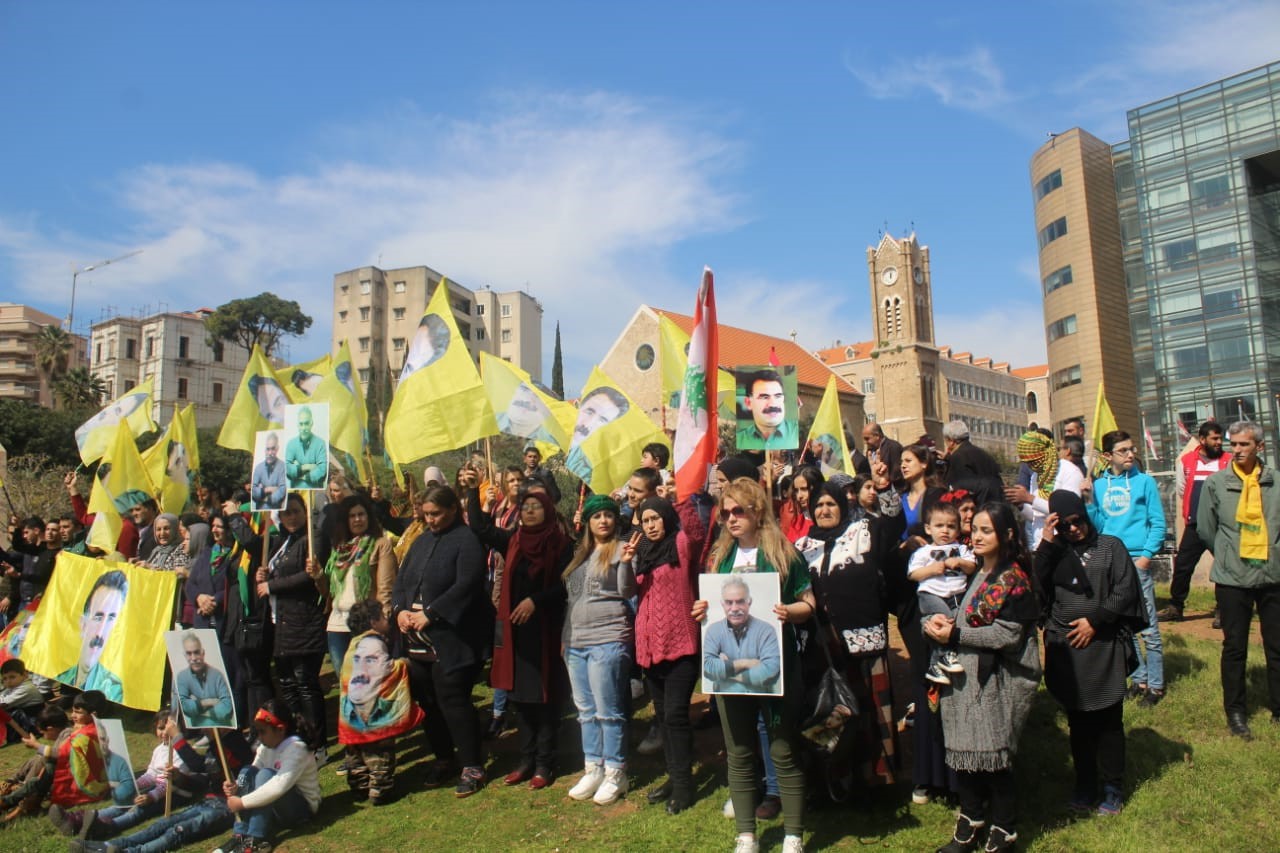 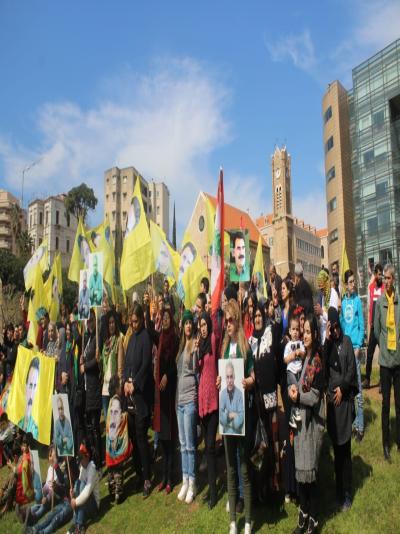 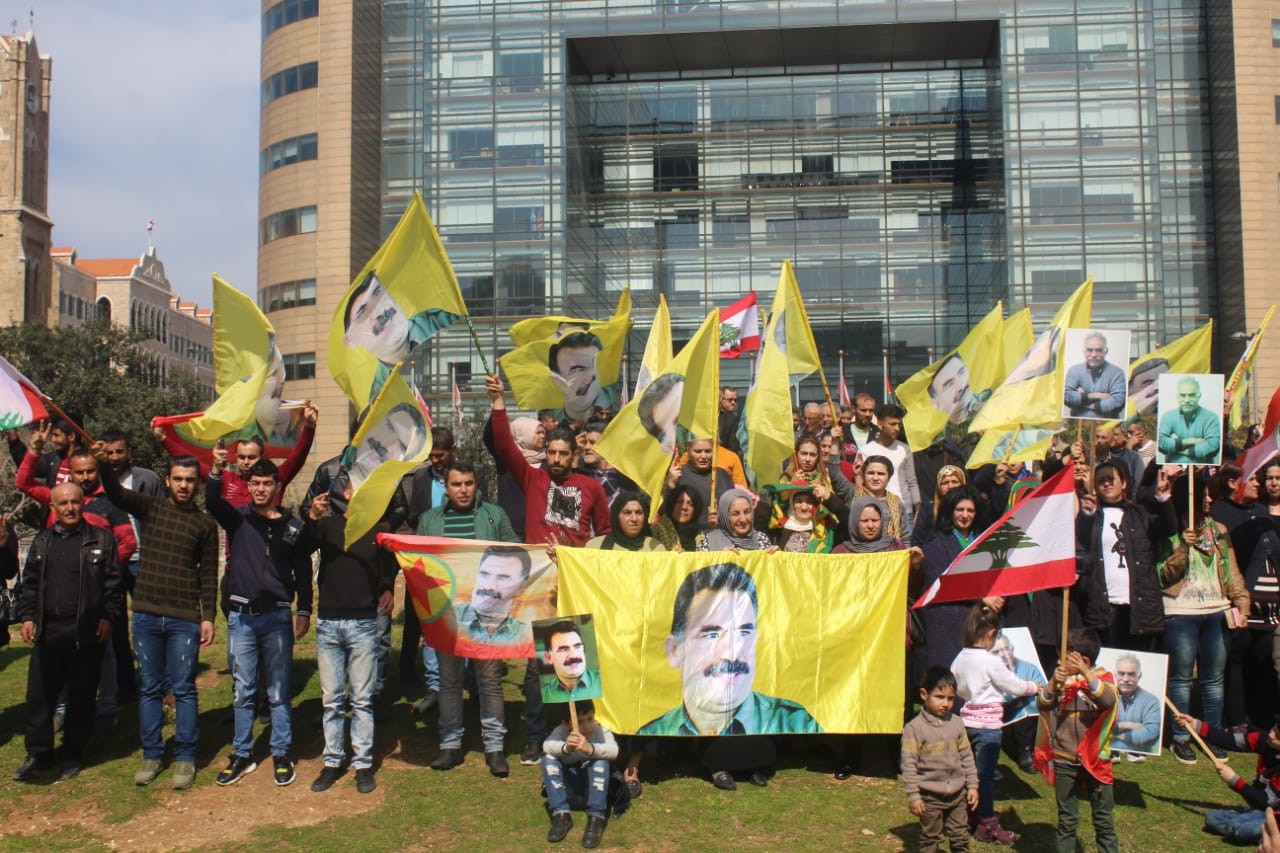 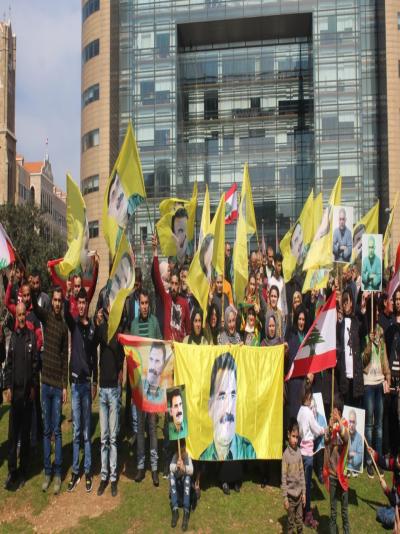 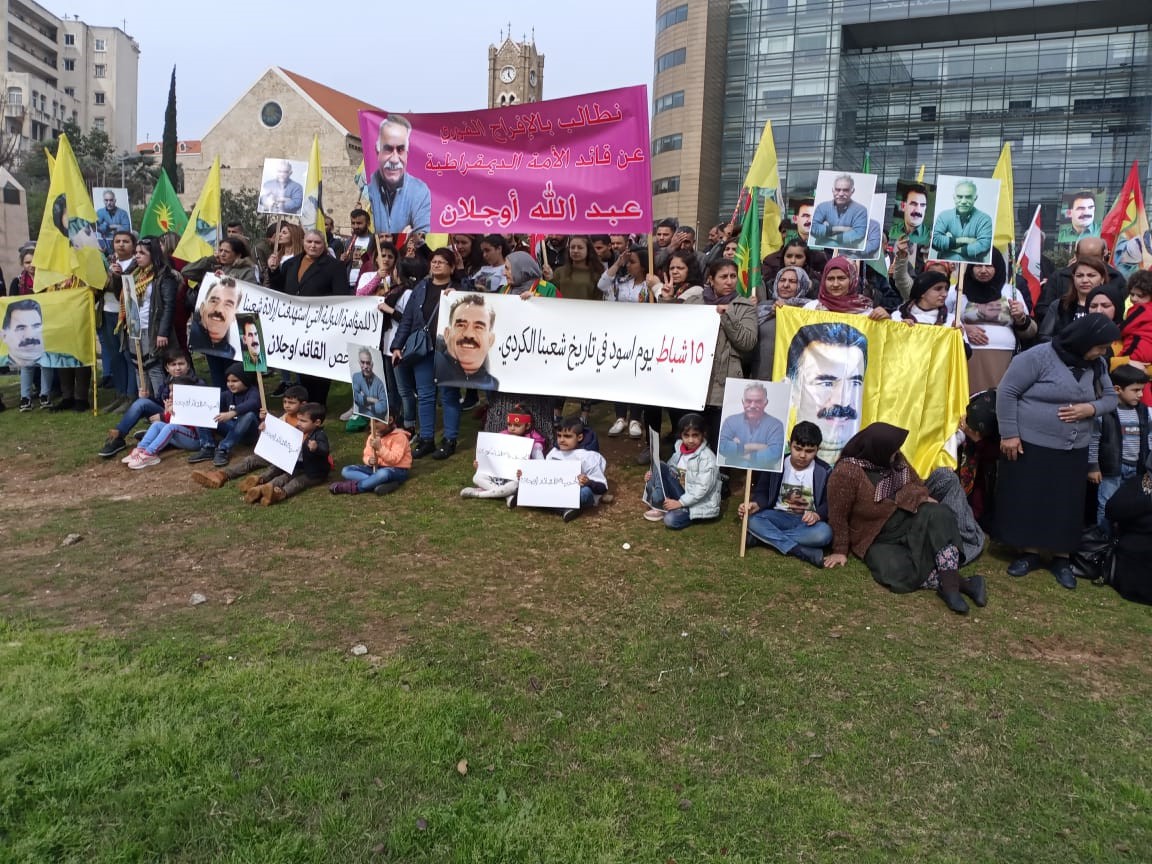 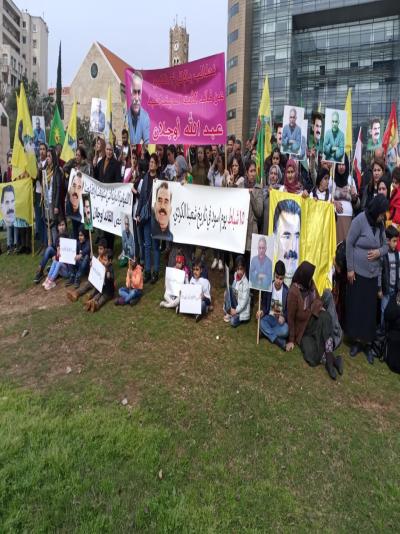