Kongra Star in Afrin Region erected a solidarity tent in Ahdath square in al-Shahba canton, decorated with pictures of hunger strikers and strugglers who were killed in Turkish state's prisons, in protest of the isolation imposed on Kurdish leader Abdullah Ocalan and Leyla Guven.

Today, Kongra Star is resuming its activities in solidarity with the hunger strikers campaign by organizing a nine-day event inside the solidarity tent. According to the coordinator of Kongra Star for the Afrin region.

The first day was attended by all the members of Kongra Star in the villages, districts and camps in Al-Shahba and the residents of Berxwedan camp.

After standing a minute of silence, Aysha Khazna member of the Kongra Star's coordination gave a speech, "We adopt the campaign of hunger strikers and hunger strikers to death until we achieve our goal of lifting the isolation of the leader of the Kurdish people, Abdullah Ocalan, and guarantee his freedom," she said.

Aysha condemned Turkish occupation's construction of partition wall and called on the people to increase the pace of resistance and struggle based on the spirit of resistance of detainees and hunger strikers to achieve the goal of the Kurdish people to live in freedom and dignity. "

Then on behalf of the Autonomous Administration in Afrin, Mushira Mulla Rasheed noted that 14 July revolution was revived by hunger strikers, who insist on achieving their goal and purpose in achieving the freedom of leader Ocalan.

The event continued with the participation of Norshan Hussein, member of the Afrin Council, Rania Mohammed, member of Kongra Star in Berxwedan camp, and member of Kongra Star in Ahdath Gulê Mohammad, who affirmed the will and struggle of the Kurdish people until they achieve their freedom and fulfill their demands and history did record struggle of the Kurdish people, so the resistance of hunger strikers reached this stage and spread in the world.

The event continues with participants singing songs about resistance, revolution, and chanting slogans saluting the resistance of detainees, hunger strikers, and demanding the freedom of leader Ocalan. 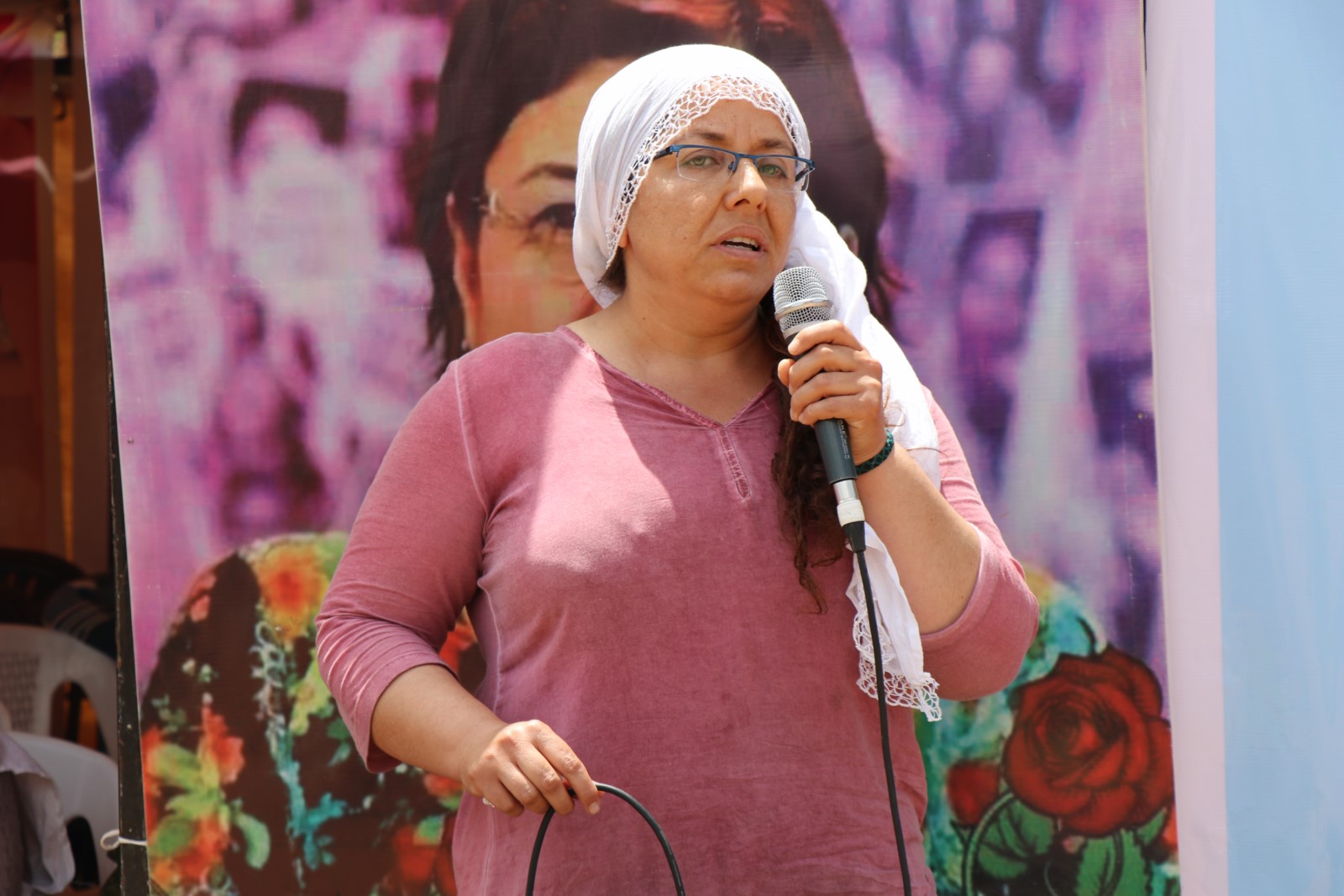 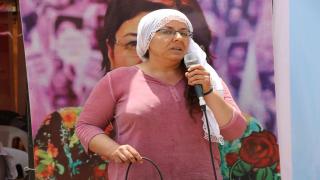 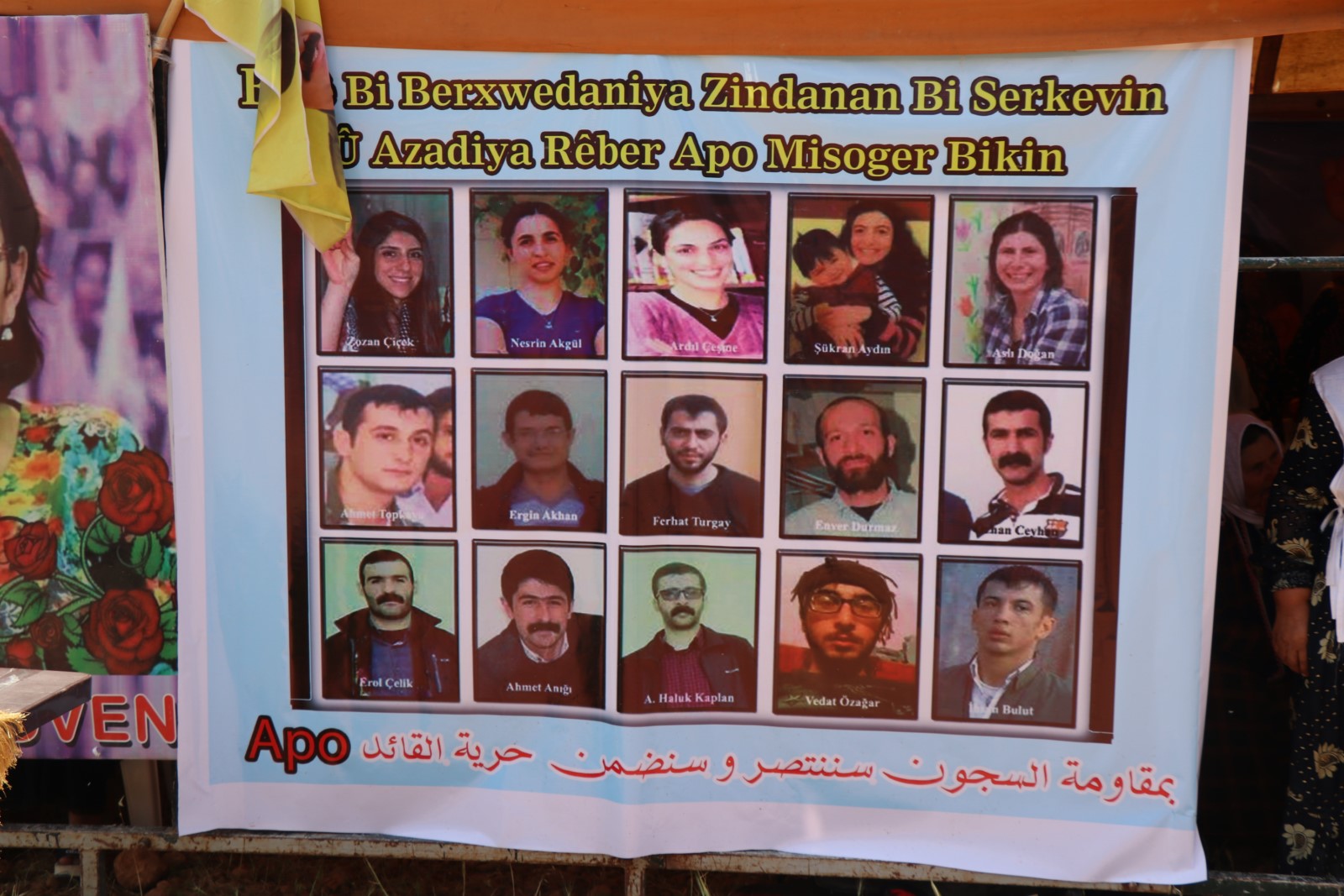 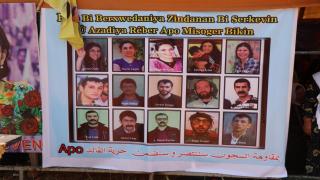 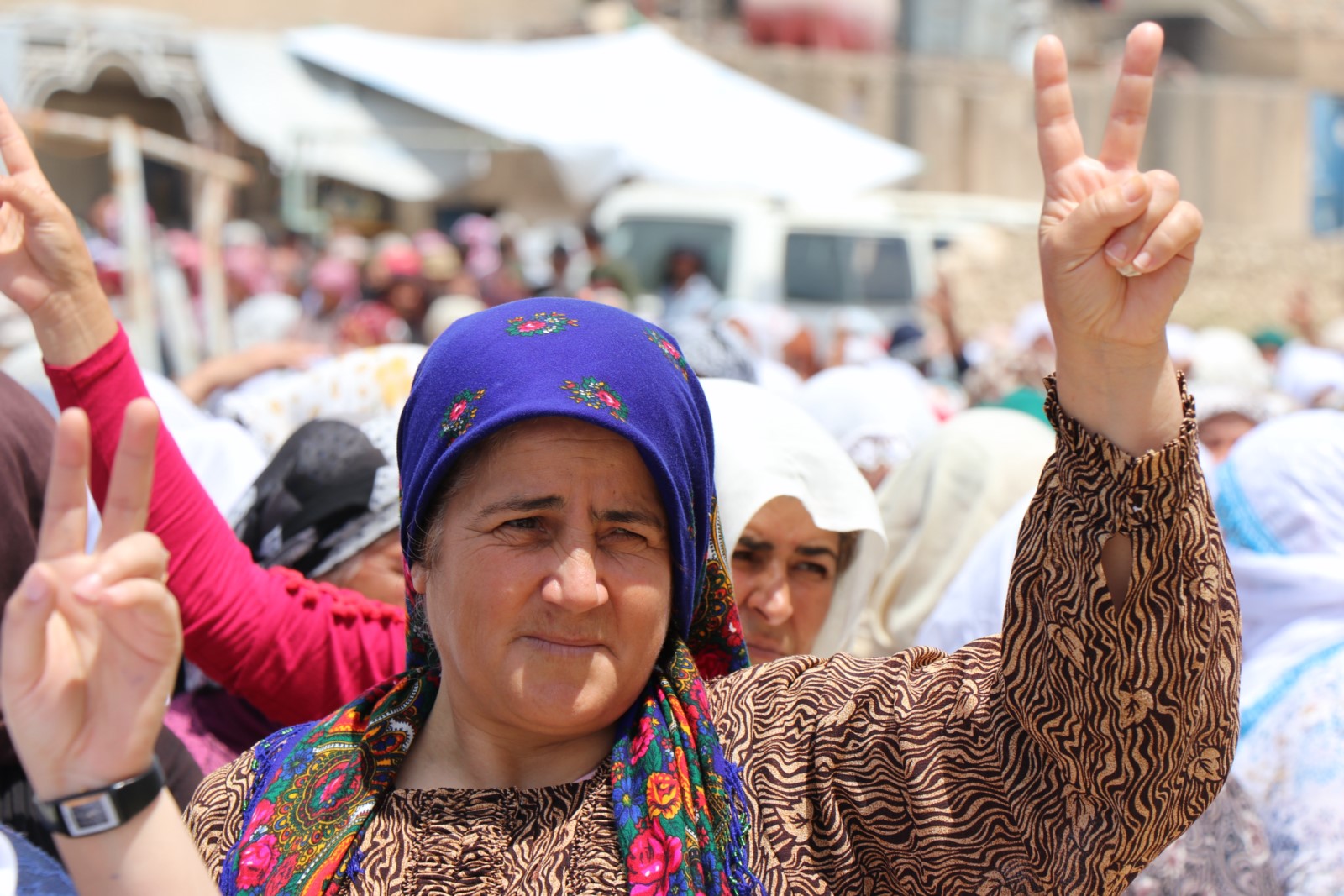 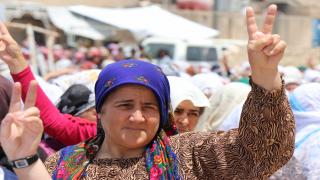 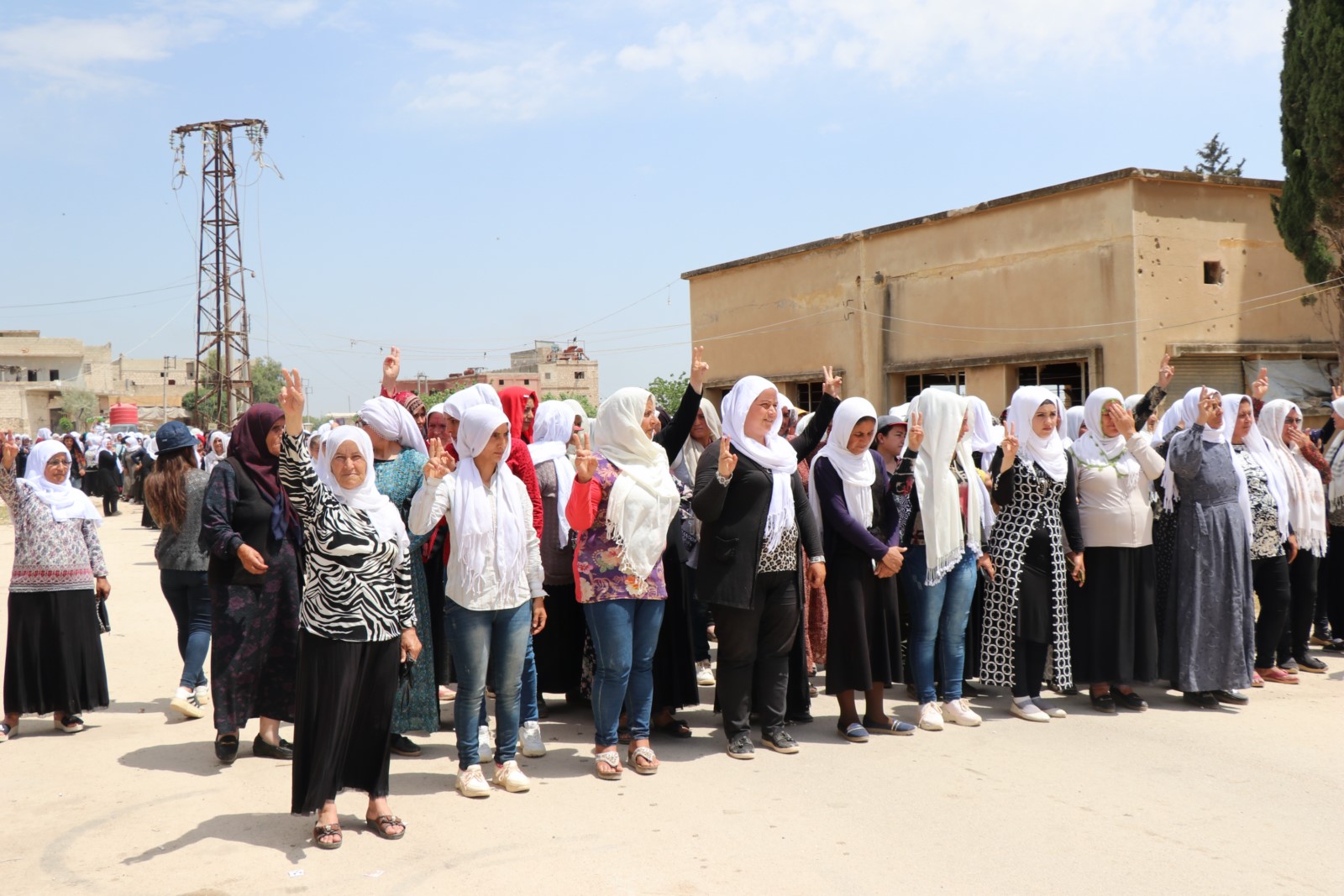 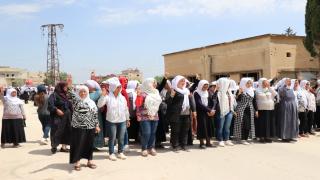 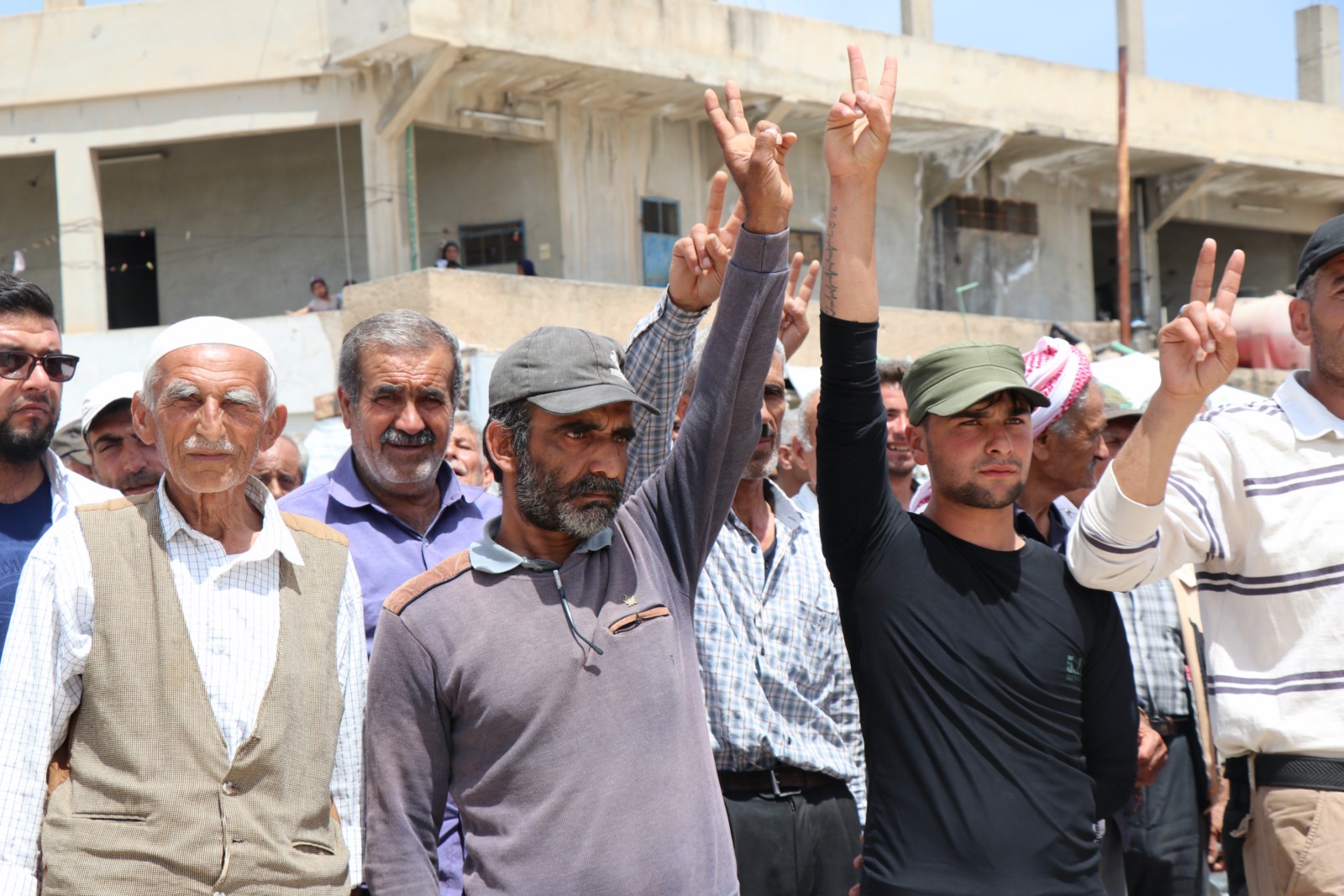 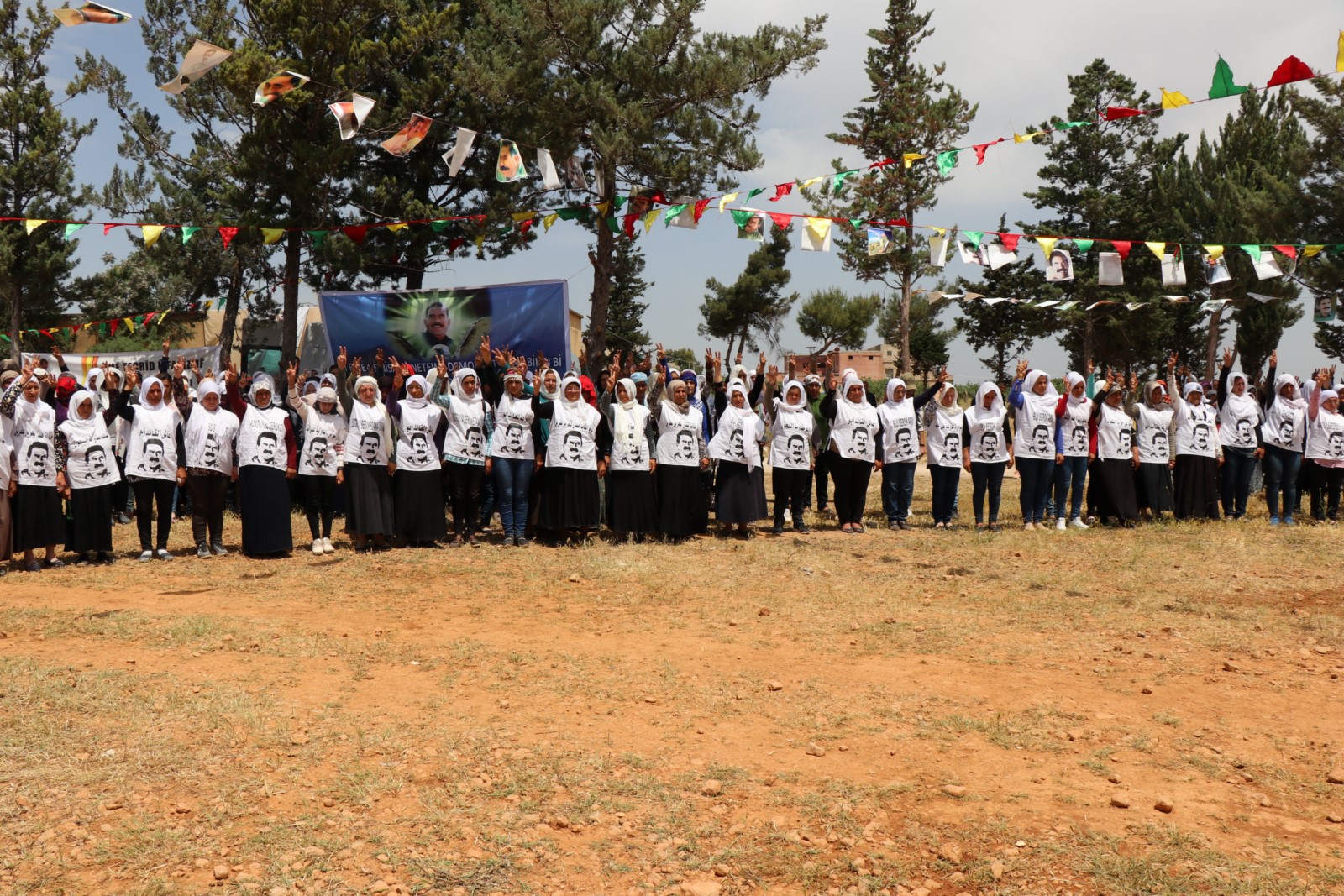 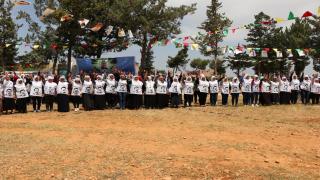