Turkish authorities imposed a new "disciplinary punishment" on leader Abdullah Ocalan and other Imrali detainees (Omer Hayrî Konar, Hamîlî Yildirim and Weysî Aktaş) for another 3 months to prevent meetings with them.

On the reasons for the intensification of isolation on leader Ocalan, and its objectives, ANHA’s agency met with the head of the Jîn Women’s Association in Lebanon, Bushra Ali.

At the outset, she saluted all the martyrs of freedom and called them the victorious heroes according to leader Ocalan's approach and ideas. 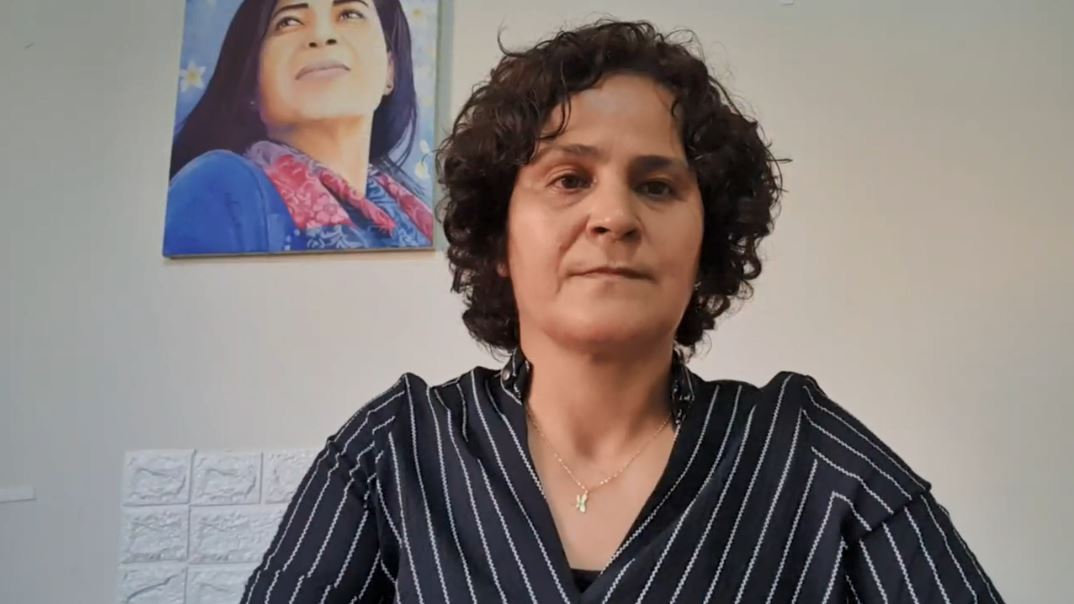 Bushra considered the isolation on leader Ocalan is not new, the same scenario has happened for 23 years, the severe isolation that imposed on the leader is egregious violation that violates international conventions and treaties, which Turkey is also a signatory."

Adding, this isolation is not imposed on person, but included entire the people through the Kurdish case that is applied on the Middle East people, due to Ocalan’s ideology is not only concerned with Kurdish component, but also all over the world freedom, saying, the isolation is a policy followed by great international powers that seek to distract the people and engage them in intra- fighting. Thus, it attacks the thought and philosophy that calls for the reversal of this global capitalist method.

Touching upon the great resistance in Imrali Prison by leader Ocalan since 23 years represented by resisting democratic nation thought in confronting new Middle East project that was named by the great international powers according to their policies and projects."

Bushra noted that there is a conflict between two contradictory strategic approaches, and it is this conflict that is tightening the isolation of leader Ocalan. "Because the great international powers do not want this thought or philosophy to disseminate, they do not want all the peoples of the region, especially the Arab people, to know it; because the great powers of the Union of Peoples, especially women, find a danger to their interests, their policy being to disperse peoples and to distract women from the assassination and targeting of women.”

But she added, "Of course, this isolation affects communication with the leader and always makes us think about what the leader is experiencing and what he suffers within this imposed isolation within isolation, but this does not mean that the international conspiracy and the policy of isolation succeed in its goals, and the evidence for this is that since the arrest of the leader and until now has emerged many initiatives demanding the physical freedom of the leader Ocalan, the first of which was after the arrest of the leader a few months ago, and it included academics, writers and thinkers, including those who were awarded the Nobel Peace Prizes, this initiative is still implementing  its activities with all efforts.”

As for the reactions against the policies of the Turkish occupation, Bushra noted that "in the last few years, we have witnessed the launch of the Egyptian initiative for the freedom of leader Ocalan from Egypt, as well as the Syrian initiative for the freedom of leader Ocalan, the arena in which the leader spent many years, in which he continued to spread training and awareness for all the Kurdish and Syrian people and all the peoples of the region.”

She added, "We recently launched from here from Lebanon a regional feminist initiative (in reference to the Noun feminist initiative for the freedom of leader Ocalan), and it is the first initiative that is a feminist par excellence, all of its cadres are women, women from 8 countries in the Middle East and North Africa; from Lebanon Syria, Iraq, Egypt, Palestine, Libya and Yemen. This initiative we launched on the 4th of June after extensive discussions and meetings, and through this initiative, we confirmed that the isolation applied to leader Ocalan did not reach its goals, but on the contrary, all the peoples of the region, especially the Arab people, are adopting the ideas and philosophy of leader Ocalan before ever.”

About the work of the Noon Feminist Initiative for the Freedom of Leader Ocalan, Bushra Ali confirmed that women are interested in adopting the thought and philosophy of the leader Ocalan, and they will work through this initiative to disseminate the thought and philosophy of the leader among all women and they will work tirelessly and in a spirit of supreme responsibility to achieve their strategic goal that they set for themselves in this initiative, which is achieving the physical freedom of the leader Ocalan.

At the end of her speech, Bushra said, "Although we confirmed that the isolation did not achieve its goals, we cannot say that it also failed. The leader is still subject to severe isolation and this is subject to self-criticism for us, as this should motivate us to escalate our struggle to achieve Ocalan's physical freedom as a kind of reciprocate to those who supported us, the leader Ocalan still advocates women's freedom wherever they are."