ISIS mercenaries launch attacks from time to time on sites of the Damascus government forces in the Syrian Badia, and these attacks escalated during June, as 42 members of the latter were killed within a week.

Last June witnessed a major and unprecedented escalation during the year 2022, represented by launching attacks and ambushes and targeting Damascus government forces and militiamen loyal to them, whether in the Rusafa desert and the vicinity of Jabal al-Bishri in the countryside of Raqqa or the Athariya axis and other axes in the eastern countryside of Hama, in addition to the Badia  Al-Sukhna and Palmyra in the eastern countryside of Homs, and the Deir ez-Zor desert, as well as the administrative borders between Raqqa and Deir ez-Zor.

The Syrian Observatory for Human Rights documented 11 operations of ISIS mercenaries in the desert, as the Syrian Observatory reported the killing of 42 members of the Damascus government forces and militiamen loyal to them, and the wounding of 31 of them with varying injuries, in addition to the killing of a civilian and the wounding of 14 other civilians with varying injuries.

Meanwhile, 19 ISIS mercenaries were killed during Russian air strikes and in clashes with Damascus government forces and militiamen loyal to them.

Thus, the death toll during the military operations within the Syrian Badia, according to the documentation of the Syrian Observatory, reached 275 people since the beginning of 2022, they are: 131 ISIS mercenaries were killed by Russian air strikes that targeted areas where they hide in separate areas of the Badia of Homs, Suwayda, Hama, Raqqa, Deir ez-Zor and Aleppo,  And 143 of the Damascus government forces and the militiamen loyal to it.

After killing of a Russian officer with the rank of major general on August 18, 2020, and more than 100 members of the Damascus government forces during that period, on the 25th of the same month, Russia brought in large reinforcements from the "Al-Quds Brigade", "Fifth Corps" and other groups to "comb" the Badia. 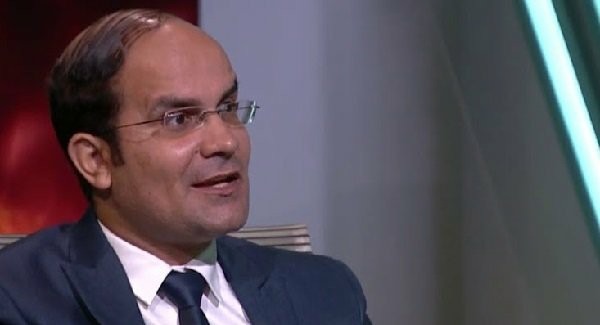 The researcher in Islamic groups, Mustafa Amin, explained that there are several indications about ISIS targeting the forces of the Damascus government.  He said, "ISIS' situation did not deteriorate in the Syrian desert, as it retained large positions there. After the fall of its geography, there was a clear presence of its cells in that area and operations were carried out against the Syrian army and the Syrian Democratic Forces."

Regarding the reasons that prevent the elimination of ISIS mercenaries in the desert despite the intense Russian bombing of the area by Damascus government forces, Amin said: "The reasons are many;  between the US forces in Syria and the Russian forces and the Syrian regime because of the difference in dealing with the organization.

The areas occupied by Turkey in Syria are considered the largest incubator for ISIS leaders, and the best evidence of this is the killing of ISIS leaders in those areas, where mercenaries are located, and there are cases of security chaos and fighting between these groups, which makes the region a fertile environment for ISIS.

He continued in the same context: "There are also many crises and problems in Syria, which are in the interest of the organization and its continued presence inside Syria. These are all reasons that clearly support the organization in Syria and the continuation of its approach related to targeting the Syrian state as well as the Kurds."

The vastness of the desert serves ISIS

ISIS had taken the Badia as its concentration area, starting in late 2017, with the start of its major retreat in Syria and Iraq, and until 2019, when it lost its last stronghold in northern and eastern Syria, which is the town of Al-Baghouz, to the hands of the Syrian Democratic Forces.

It also benefits from the geographical expansion of the Badia, which constitutes about half of the area of ​​Syria, to move on many axes, especially in the Badia of Homs and Deir ez-Zor.

On the repercussions of the spread of ISIS in the Badia, Amin said: "The Badia is a vast and desert area. The organization is good at moving in it, as it communicates with its cells greatly and benefits from the presence of a huge number of camps and its affiliates in Syrian prisons and the prisons of the Syrian Democratic Forces, and its elements in the camps are always a source  An important inspiration as all families belong to him."

Regarding the support that ISIS receives, Mustafa Amin, a researcher in Islamic groups, said that “ISIS is self-financing from the economic zones and through the money that it obtained during its rule, and therefore it has strong support, as well as what it seized from the camps, sites and ambushes that it attacks, and therefore the organization exists and its existence  It is always renewed in Syrian regions.”