The statement of the Yazidi House in Aleppo was read with the participation of Yazidi families and representatives of the Democratic Society Movement and the General Council, by the member of the Yazidi House, Jilan Mesto, and it said:

On the sixth anniversary of the massacre by the most notorious terrorist organization known to mankind, the terrorist ISIS, the tongue is unable to mention it, and human thought cannot conceive of killing, captivity, kidnapping, and the recruitment of kidnapped children and the sale of women.

After news of the ISIS attack, the Peshmerga forces withdrew, leaving the Yazidis alone to face their destiny. Had it not been for the intervention of the People's Protection Forces and the People's Protection Units and securing safe passages, until the liberation of Şengal from the organization, the calamity would have been greater.

This is not the first massacre experienced by the Yazidis, as 74 massacres against them were documented, except for the massacres and ferries that were not documented, with the aim of ending the Yazidis as a religion that represents the historical heritage of the peoples of the region. On the other hand, ending the Kurdish presence by cutting off its historical roots, especially since most of the massacres were committed from before the Ottoman Empire, and this last massacre was committed by ISIS with the support of the new Ottoman Empire, which relied on a policy of ending the presence of indigenous peoples in the region, by bringing about a demographic change.

These massacres, which started even before August 3, 2014, are still continuing today in Afrin, Serêkaniyê and the rest of the territories occupied by the Turkish occupation and its mercenaries in the north of Syria. The Yazidi people are peaceful and it is one of the first people to believe in the one Creator., but the radical, Takfiri terrorist group did not accept this, but wanted to extend its ideology and erase the Yazidi presence, and thus end the Kurdish presence by cutting off its Yazidi roots, all with the aim of occupying the region and benefiting from its bounties, location, historical heritage and self-reliance.

We condemn these massacres and the international silence towards them. Therefore, we call on the international community and all human rights organizations and active states in the region to condemn the massacre that target the historic presence of indigenous peoples in the region, and to consider it a crime of genocide against the Yazidis as a religion and people, and work to return the displaced to their land and free the kidnapped.  We call on our people and all the peoples of the region to stand together in the face of extremist thought.

The text of the statement stated: "Six years have passed since the genocide committed by the so-called Islamic Caliphate State in the Levant and Iraq (ISIS), against the people of Şengal, on August 3rd , 2014, and after Şengal was sold to succeed ISIS by the Kurdistan government and withdrawing its forces from them. These factions launched a brutal and barbaric attack on the city, which is considered the cradle of the ancient Yazidi religion, which is the basic religion of the Kurds.

Throughout history, the Yazidi people were subjected to extermination campaigns, which numbered 73 ones ,they began their bloody attacks on the city of Sinjar and the surrounding villages where they massacred the sheikhs, women, and children without blinking an eye. They destroyed sacred places, displaced tens of thousands of civilians, and captured thousands of Yezidis, whom were subjected to the most severe torture, until they were burned in iron cages, sold by those who claim Islam to justify their actions to rape and kill thousands under the name of God is the Greater, to discredit the Islamic religion, and they targeted women for fear of their will, awareness and power.

After the elimination of ISIS, Erdogan did what ISIS did not. This official sponsor of ISIS, applied his dirty policy on the land of peace, the land of olive in Afrin. Northern and eastern Syria, and the occupied villages and towns of Al-Shahba, these violations are still continuing to this day, and the policy of ethnic cleansing against the Yazidi Kurds continues, with the aim of achieving his dream of building his bloody Ottoman caliphate, hiding our roots and history, and eliminating our ancient culture. Erdogan still commits the most horrific types of crimes in front of the whole world and the international community are blind to these crimes.

We, the Yazidi Women Union, the Kongra Star of Afrin and the Free Women Union of the Al-Shahba and components condemn in the strongest phrases and the loudest voice, the international and all human and human rights organizations, and we demand them to play their role and stand before this tyrant and hold him accountable, as we condemn the silence of the Iraqi government and the Kurdistan Regional Government on these violations for the right of our people and our people in Başûr of Kurdistan and we invite them to defend and stand with their people. "

The statements ended with chanting slogans saluting the resistance of Şengal and the woman. 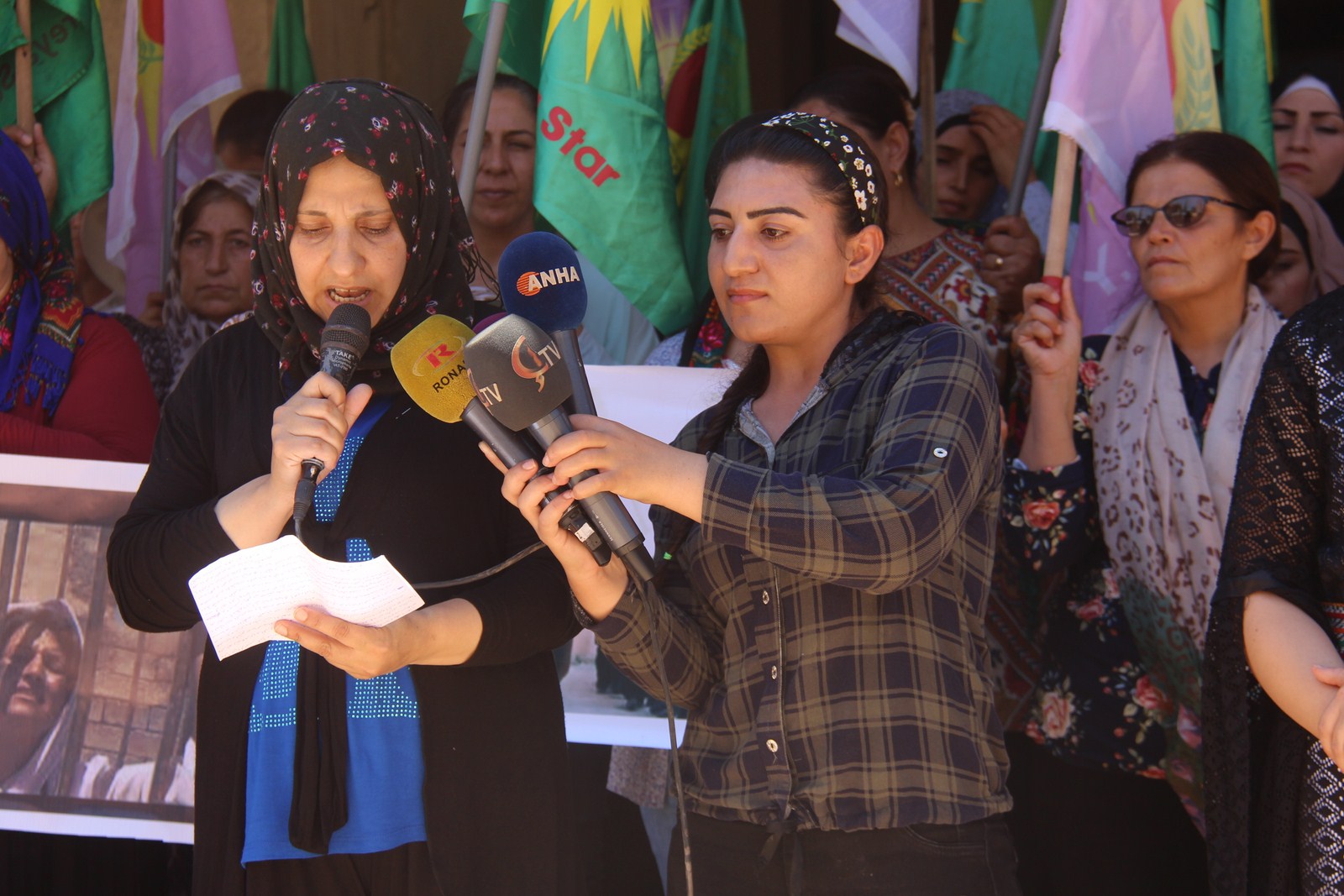 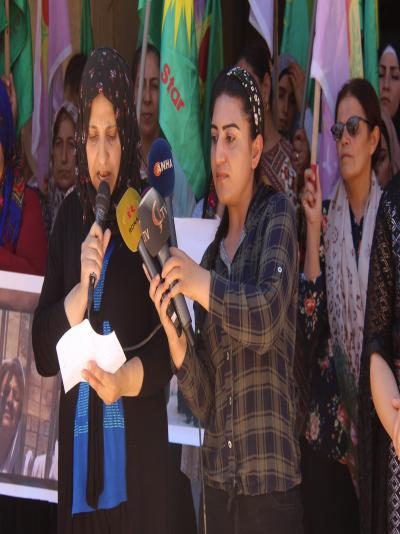 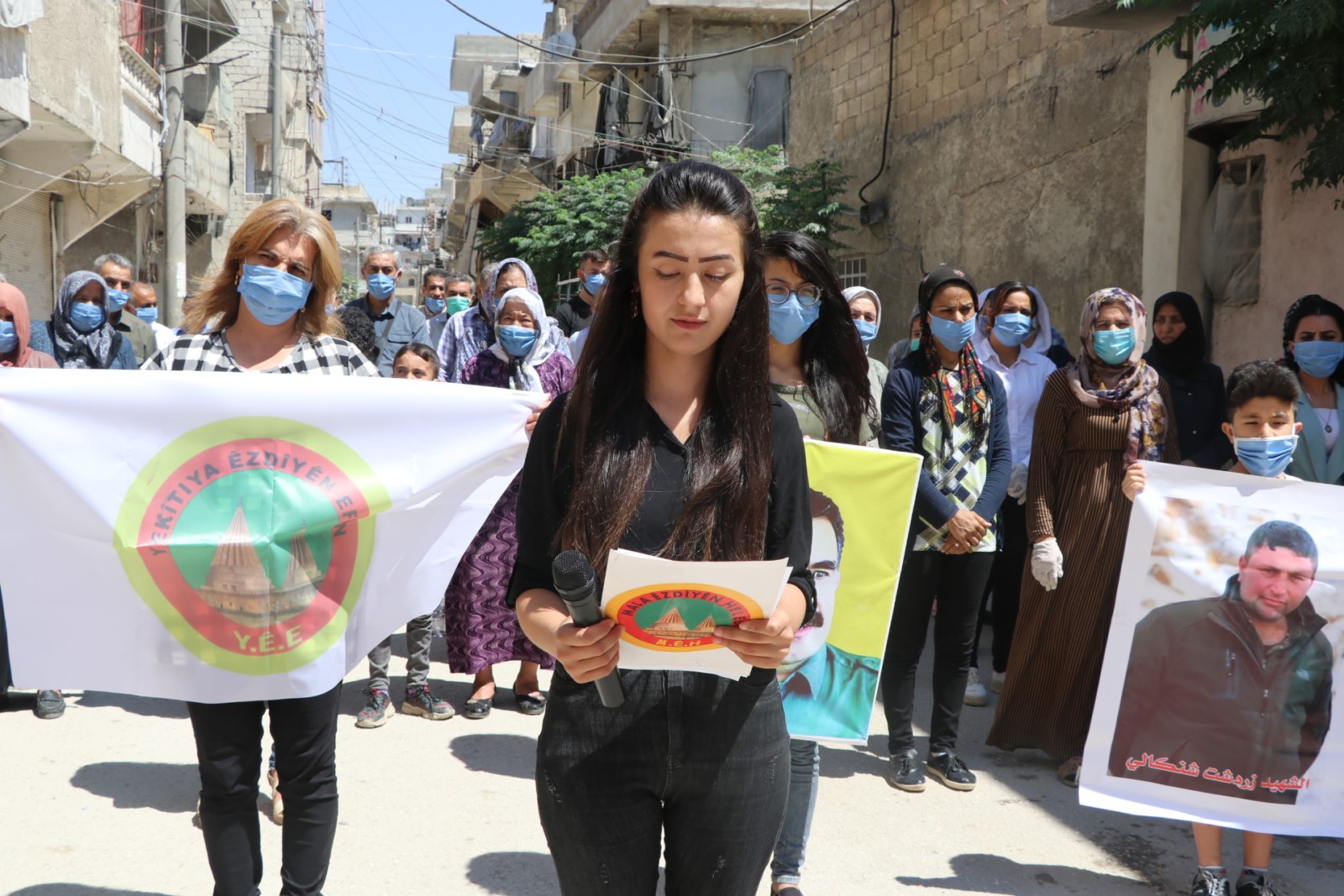 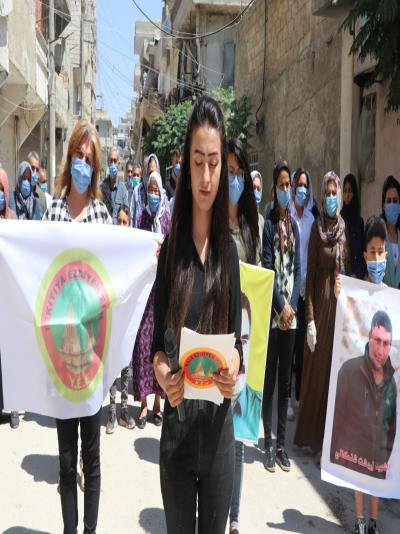 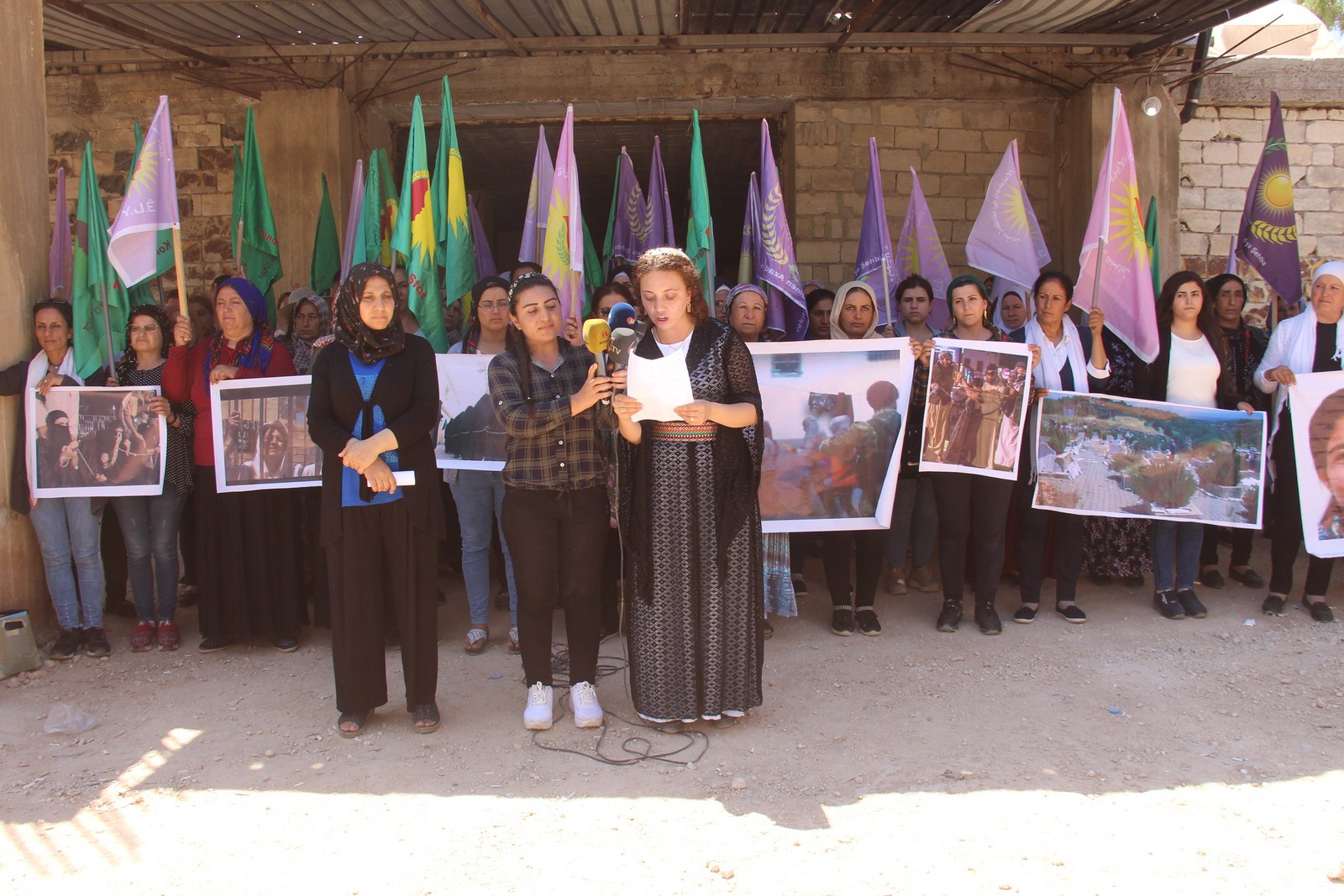 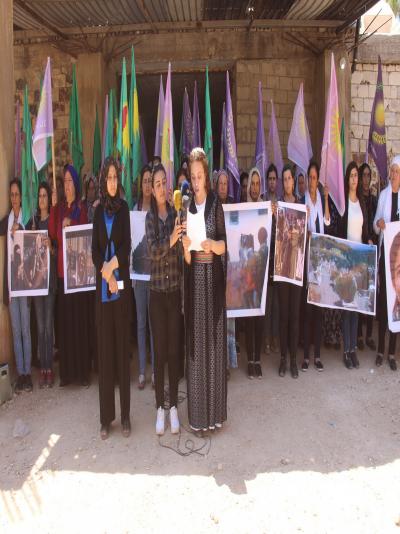 The spokeswoman for the Kongra Star, Ramziyya Mohamed, indicated that the second phase of th...

The Kongra Star has been struggling since 16 years, bringing about a qualitative shift in th...

The deputy head of the Future Syria Party Council in the city of Raqqa, Zuleikha Abdi, expla...
Old Website

Observation tower in 2nd Turkish military base near Ain Issa

US network: Iranian missiles fall near US aircraft carrier

​​​​​​​Mahmoud: We abide by protocols, do not recruit minors

- 2nd phase of "No to Occupation and Extermination, Together We Protect Women and Life" campaign to be launched soon

- Tunisian protests and clashes after a policeman assaulted a shepherd