“Martyrs are alive, they don`t die” is a saying which the Kurdish people have proven on the field. The Kurdish people stand up for the values of their martyrs and follow in their footsteps. Despite all attacks and genocidal politics, this people carry out their revolutionary and patriotic duties. The responsibilities which the martyrs left for the people is for a new purpose and hope.

The history of Kurdistan, which was decorated with the resistance of the people and their freedom martyrs, continues today with the July 19 Revolution and the heroic deeds of its martyrs.

Martyr Barin Botan was one of the thousands of female fighters who were martyred during the resistance of the Rojava Revolution and North and East Syria for the sake of victory and freedom for their people.

WHO IS BARIN BOTAN?

Barin Botan who`s real name is Ruha Bashar, was born in 2003 in Shahba canton`s Ahraz district. Her family counts 5 people, whereas she is the 3rd oldest.

Barin Botan was inspired by YPJ fighter Barin Kobane, who was martyred on February 1 as they were countering an attack by the Turkish occupation and its mercenaries against Afrin canton. Barin joined the ranks of YPJ after Barin Kobane`s martyrdom. When joining YPJ, she took Barin Botan as her nom de Guerre and follows in Barin Kobane`s steps. Botan is the lastname of her uncle Cuma Botan who joined the ranks of YXK(People`s Resistance Units) in 2011 and was martyred in 2014 in Mabrouka village in the Jaziira reigon.

Barin Botan grew up in a patriotic family that knows PKK cadres. Because of this, her family did not prevent her decission, but rather supported her. 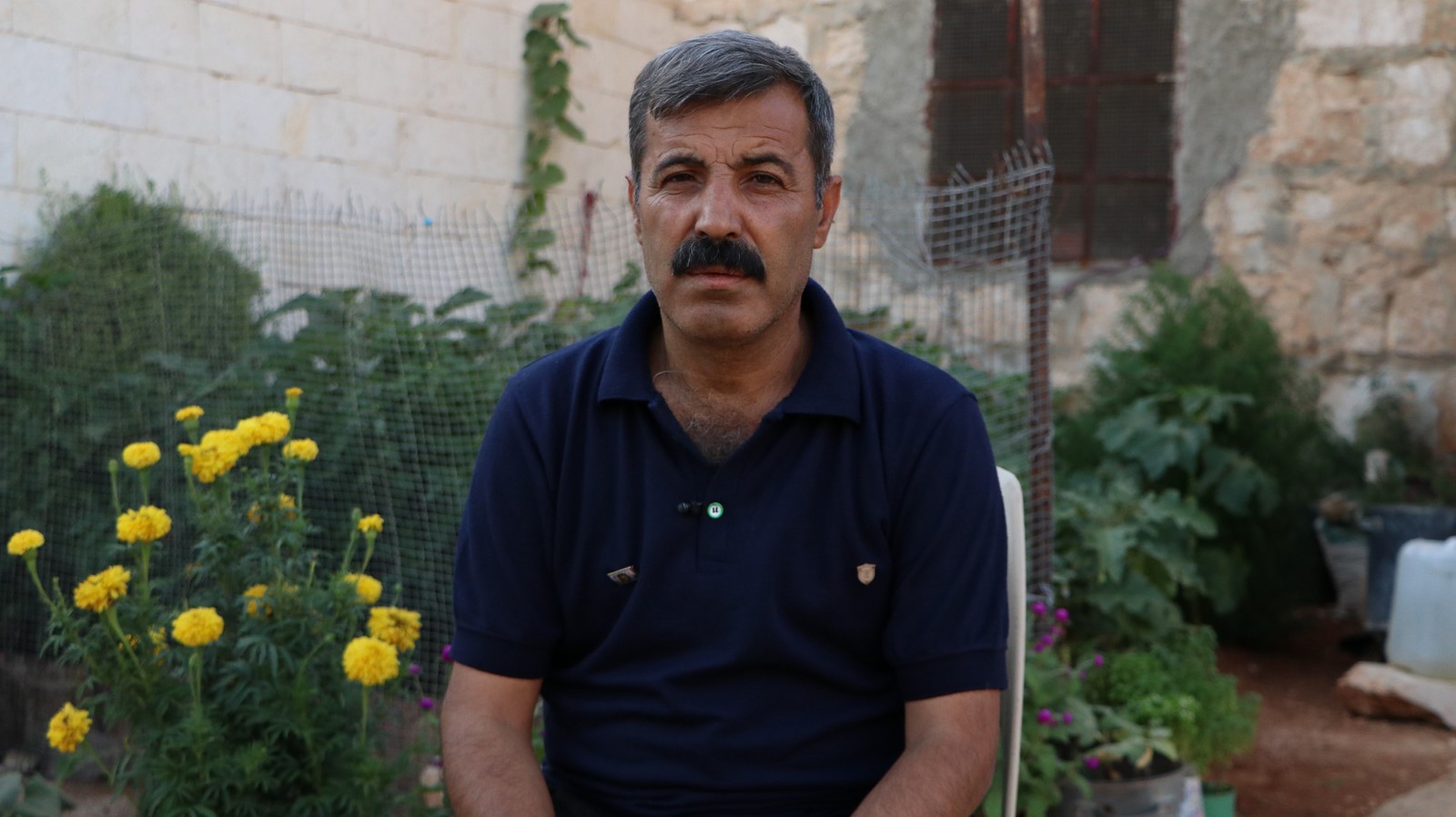 Martyr Barin Botan`s father, Merwan Bahsar, says this: “Our family does not hold back on anything when it comes to the liberation of our occupied land.”

Merwan Bashar continued: “ After the DAESH mercenaries occupied Shahba canton, we migrated to Afrin city. We stayed for 1,5 years in Afirn, and after Ahraz district was liberated, we returned there.”

Martyr Barin Botan`s family got to know the Kurdistan Liberation Movement during the 90`s. Merwan Bashar said: “Our hous was open to the movement`s cadres. During their long years of struggle in the region, they always used to come to our house and left a deep impression on the family. We adopted a new approach and they created the national spirit in us.”

Her father pointed out things which martyr Barin Botan was faced with during her studies and said: “She studied up until the sixth grade and because of our migration, she couldn`t complete her studies, but continued to learn Kurdish. She was one of the most sucessful in learning the mother tongue.”

Martyr Barin`s father promised to never leave the path of the martyrs and that he will continue to carry the message for which they fought and struggled and said that martyrdom is the price of freedom.”

Martyr Barin`s brother, Majid Bashar says: “Barin Botan was a fighter carried out work with the Revolutionary Youth Movement of Syria, in Shahba canton. She carried out her work with loyalty. After the martyrdom of Barin Kobane and the spreading of videos where her body was mutilated, Barin Botan directly joined the ranks of YPJ and her decision was made without any hesitation.

Martyr Barin`s brother remembers some moments from when he met his sister and shares: “I met her during Ramadan. During that time, was taking education in Hassakeh city, and wanted to see my sister. I saw her after some hours. We sat down for an hour and discussed many topics. She asked about the situation of the family and her friends. We took some photos to keep as memories and after that, I returned to the academy where i was taking classes. She was working in Hassakeh together with martyr Jiyan Tolhildan.”

Majid Bashar described martyr Barin Botan`s characteristics and said: “She was very kind to her sisters and brothers, she loved them very much. At the same time she was very quiet and hid all her secrets.” 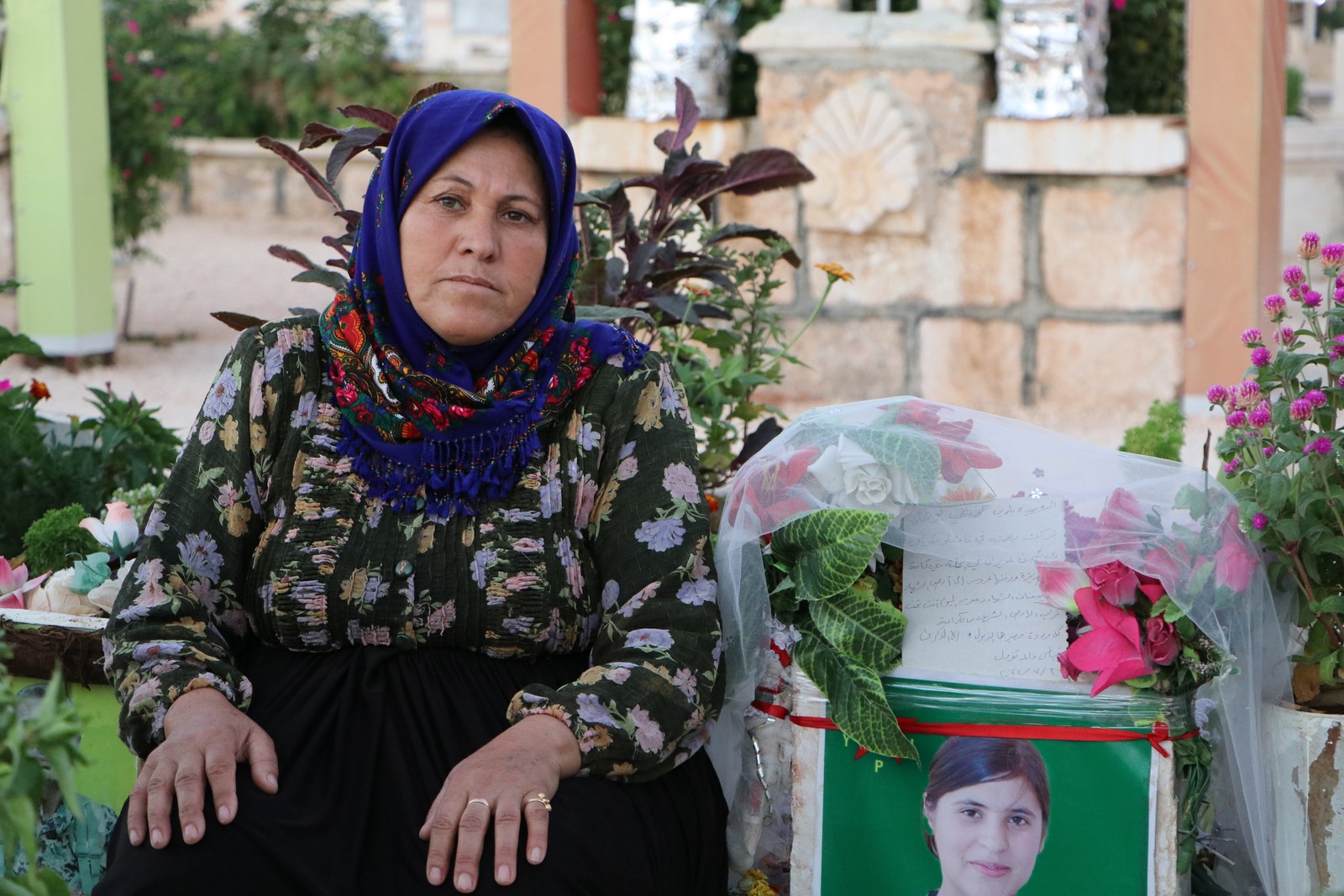 Qadriya Qasim, martyr Barin`s mother, spoke on the characteristics of her martyred daughter and said: “She did she had in her mind, she did not listen to anybody. She was brave, but calm. She was very hardworking and did whatever was asked of her. She was always in the garden and told me that i shouldn`t exhaust myself with the houswork. She told me she would do all the work herself and that I should rest.” 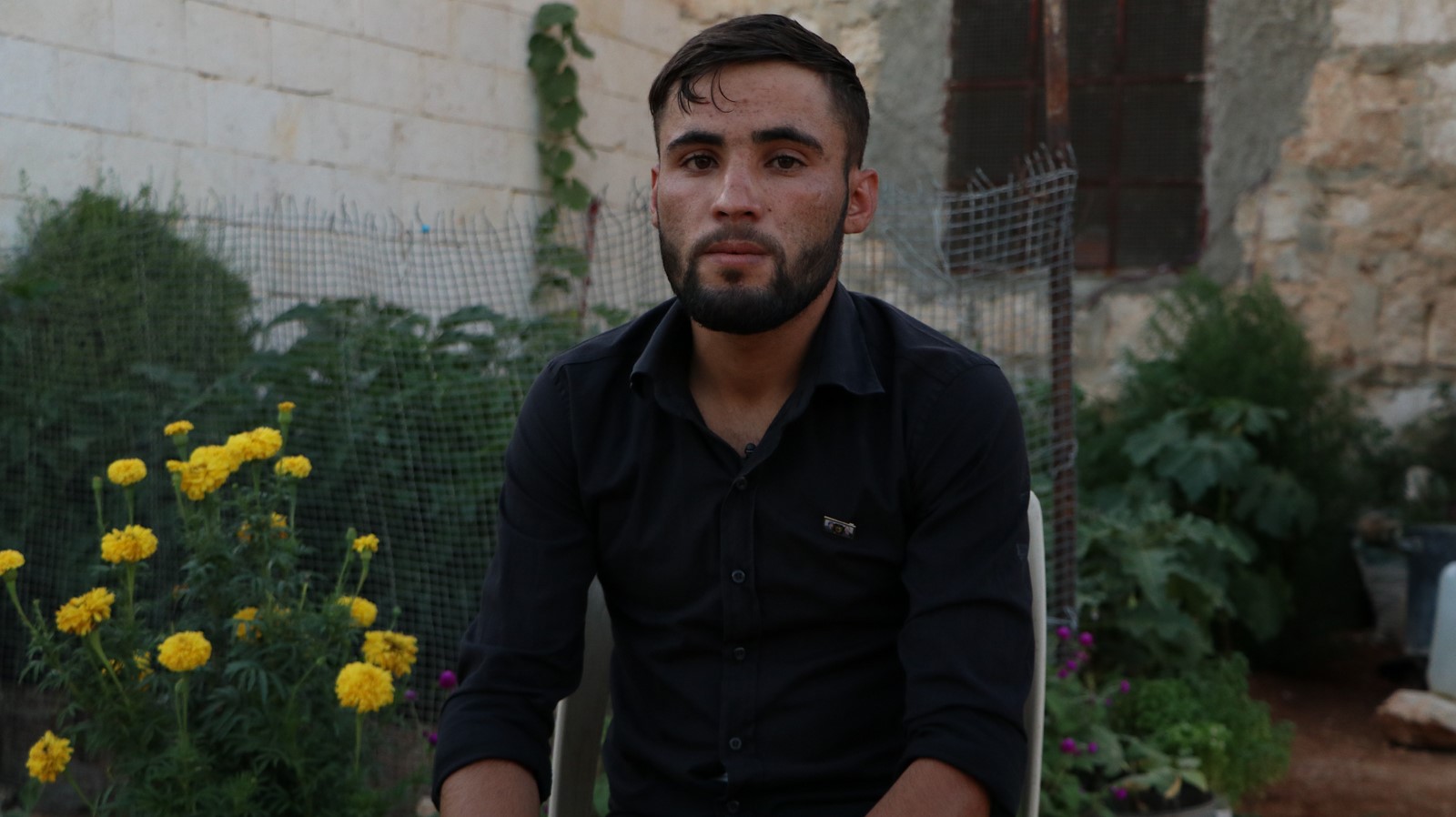 Martyr Barin Botan promised to her family “I will avenge my uncle, pick up his weapon and follow in his path.” Her mother said: “She searched for me sometimes and asked about how the family was doing. She presented her will to me and wished to be burried alongside martyr Sosin Birhat and Awaz Urmiye and asked me to promise to carry out her wish. I replied to her that I wanted to die in front of her and that i didn`t want to live with the pain of loosing you”

Sosin Birhat was a member of the Women`s Protection Units Military Council and Syrian Democratic Forces Military Council. She was martyred together with 4 other fighters in an airstrike by the Turkish occupation state against the bulidng of Tel Tamir Military Council`s Relations Council. Awaz Urmiye, whos real name was Nesrin Ahmed, was martyred in the People`s Hammer Operation, where the SDF and the Internal Security Forces fought to counter the attacks by the ISIS mercenaries initiated on January 20 this year against the Sina`a prison in Ghweran neighborhood of Hassakeh city. 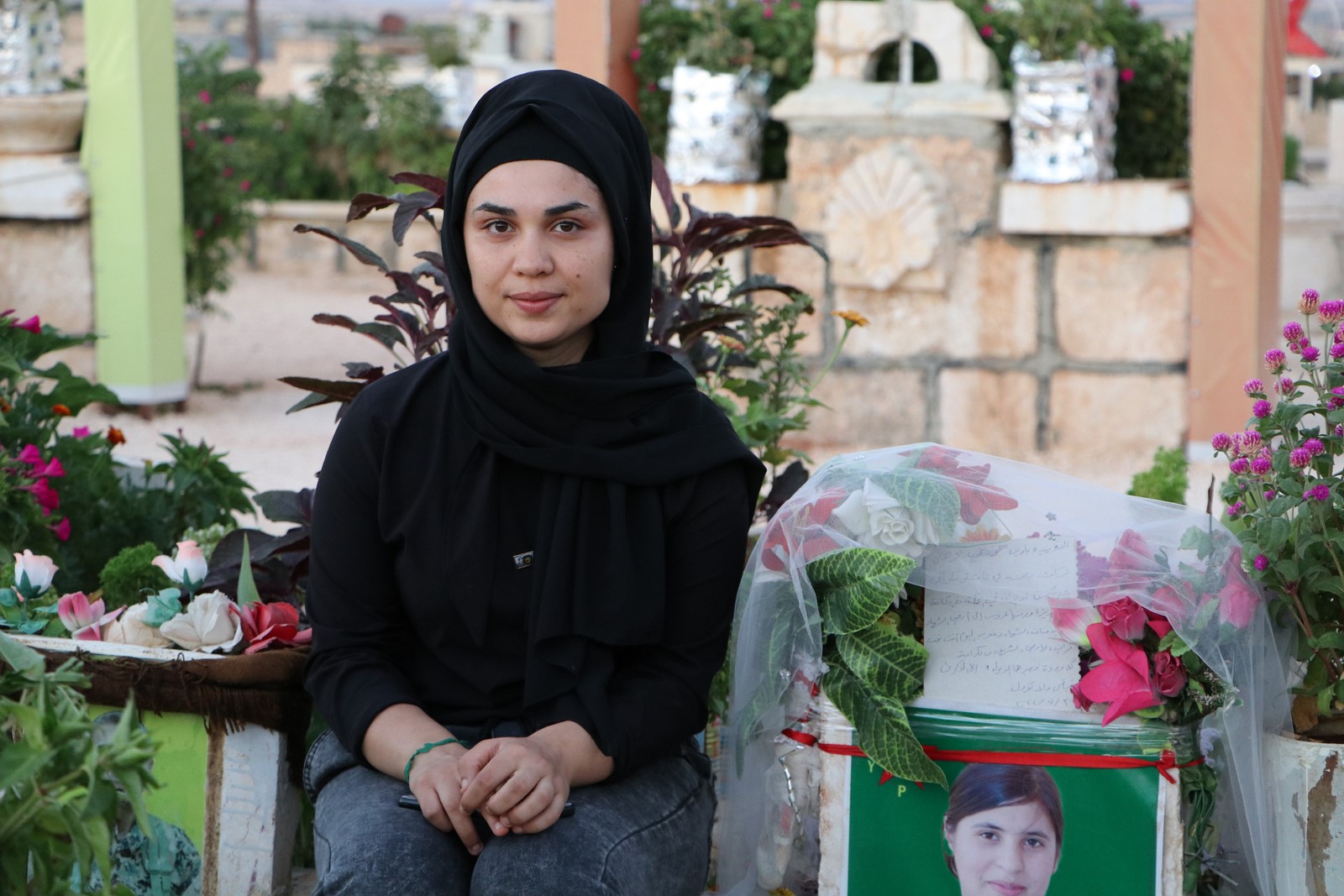 The daughter of martyr Barin Botan`s uncle, Ula Alime also described her: “Me and fighter Barin, have been together since childhood and this is why we have spent the most of our times together. When she joined the ranks of the Women`s Protection Units, she didn`t tell me. This is because she was very quiet by nature.”

Ula, martyr Barin`s cousin continued: “She was very sucessful in her class at school. She loved to help all of her friends. She loved to live a free life. She wanted very much to do something for her country and wanted to leave her mark in the revolution. We saw military training together and we also learned our mother tongue togheter. She had a loyal and cheerful personality.”

HER STRUGGLE FOR HUMANITY AND FREEDOM 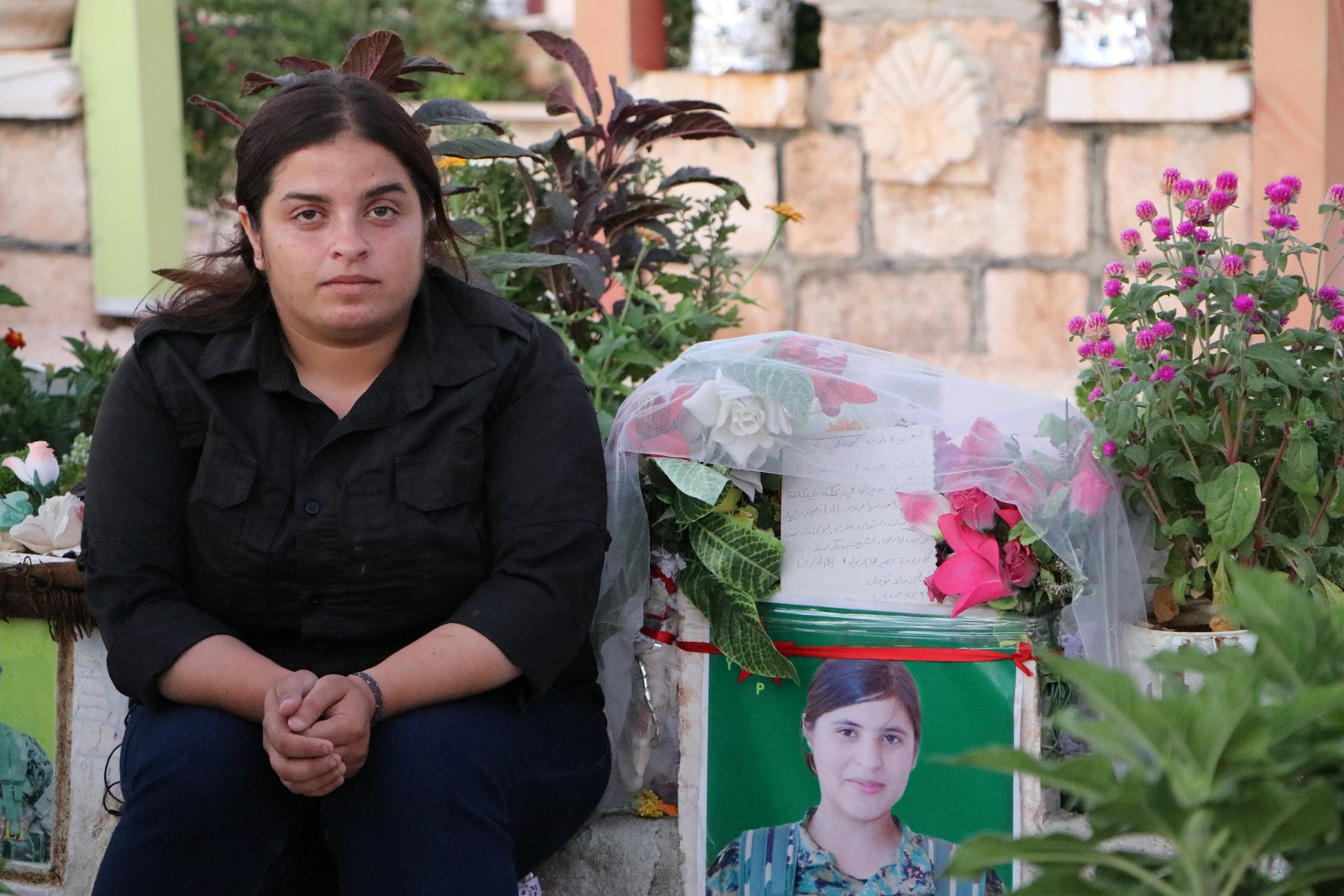 Ronahi Amanos, martyr Barin`s freind says: “ I was acquainted with figher Barin in Hassakeh. I work in the Military Council. We saw education together. She always used to say that Barin Kobane must be avenged and that with the martyrdom of Barin, a thousand more Barin`s would be born.”

Ronahi Amanos expressed the goals for which martyr Barin Botan was workin in this way: “She wanted to liberate all women from oppression and always said that this is what she was struggling for. She always insisted that women should reject a life under oppression, cruelty and authoritarianism from men. She wanted for women from the Ahraz district to be liberated from the pressure of society”

Ronahi pointed out that martyr Barin Botan was very organized in her works and never accepted misstakes and joined the operations for the liberation of Deir Ezzor from the ISIS mercenaries and the People`s Hammer Operation.

Ronahi Amanos stated that martyr Barin Botan was very tied to the martyrs and Leader Abdullah Ocalan`s philosophy and that she always used to say: “ I do not accept a life of slavery, neither should any women living under such conditions. We will follow in the path of the martyrs and carry out their wishes.”

On July 23, Barin Botan, YAT commander Jiyan Tolhildan and YPJ commander Roj Khabour were martyred in an airstrike by the Turkish occupation state against their car on the Qamishlo highway after returning from the Women`s Revolution Forum in Qamishlo city.

Kongra Star called on all women in the world, organizations and personalities calling for fr...

Tortured... girl loses her life by "Moral Police" in Tehran

A girl lost her life after she was stopped by the "moral police" responsible for ensuring ...

A short while ago activities of dialogue symposium of Religious Women’s Council in Democra...