Hundreds of members of the institutions of the Democratic Autonomous Administration and the people of Afrin region gathered in the camp of Berxwedan in ​Fafin district in al-Shahba canton to denounce the Turkish violations against the people of Afrin.

During the gathering, the statement issued by the DAA in this regard was read in Arabic and Kurdish.

The statement referred to external interference in the Syrian crisis, which was the cause of fueling the conflict and destruction and the displacement of half the population of Syria.

"At the same time, the democratic policy pursued by the Democratic Autonomous Administration of North and East Syria has had a positive effect on preserving the infrastructure, the social fabric and the unity of the Syrian territory and defeating the worst terrorist organization," the statement added.

The statement also referred to the Turkish occupation of northern Syria and the support of mercenary groups referring to the Turkish occupation of Afrin, which resulted in crimes against humanity against the people of Afrin and its nature "from killing, torture and kidnapping to the request of ransom, the seizure of private property and demographic change through the resettlement of the displaced people of al-Ghouta, Homs and Daraa as a first stage, and dirtily exploiting the battle of Idlib to settle 180,000 displaced by forcing indigenous people to shelter them in their homes, in addition to uprooting indigenous people from their homes and sheltering the displaced as a second stage of demographic change, theft of monuments and burning of nature, and the release of the mercenaries who have reached the level of criminality to kidnap a nine-year boy and his father killing then the father as he could not to pay the ransom. "

Moreover, during the gathering a statement by Afrin and al-Shahba clans' notables was read, it included: The Syrian conflict has taken on a new dimension: the Turkish state has clung to its Ottoman approach and its explicit occupationist concept of the Syrian territory and by all dirty means from direct support to the dark force represented by Daesh, the most recent of which is the provision of large quantities of advanced weapons to the terrorist and extremist organizations classified on the lists of global terrorism, the Turkish occupation taking this step and at this time in particular is a scheme predetermined in order to fuel the conflict between the Syrian parties and to spread the crisis and discord.

The agreements of Astana and the understandings of Putin and Erdogan are only a dedication to prolong the Syrian conflict and increase division between all factions and components of the Syrian people.

The fierce battles happening now in Idlib and the northern countryside of Hama between the government forces on the one hand and terrorist groups backed by the Turkish occupation on the other hand gives a compelling example.

The gathering ended with slogans echoing the Resistance of the Age, denouncing the violations of the Turkish occupation in Syria. 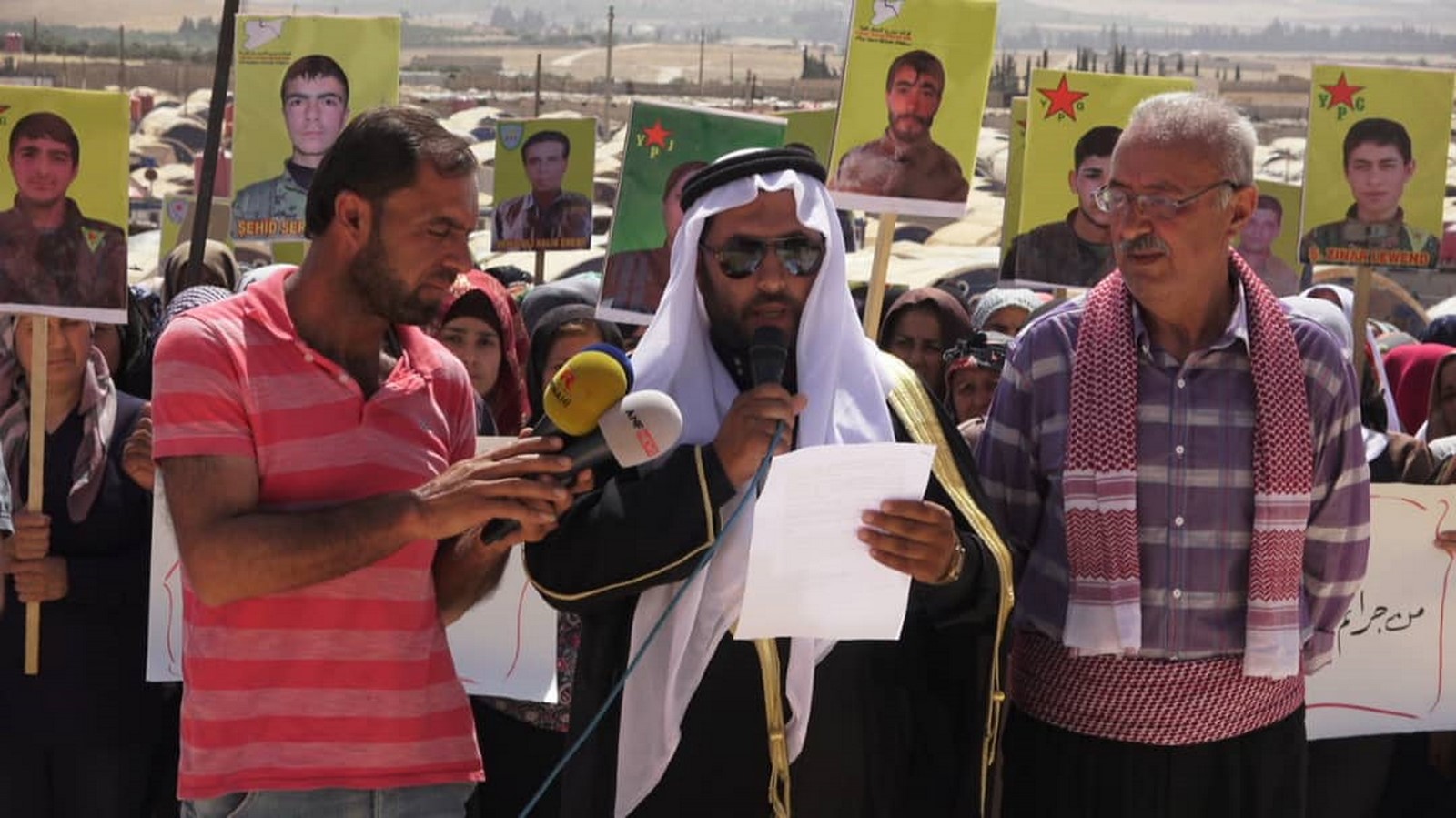 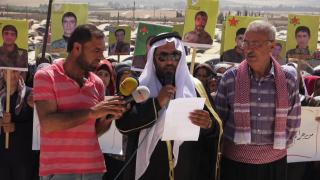 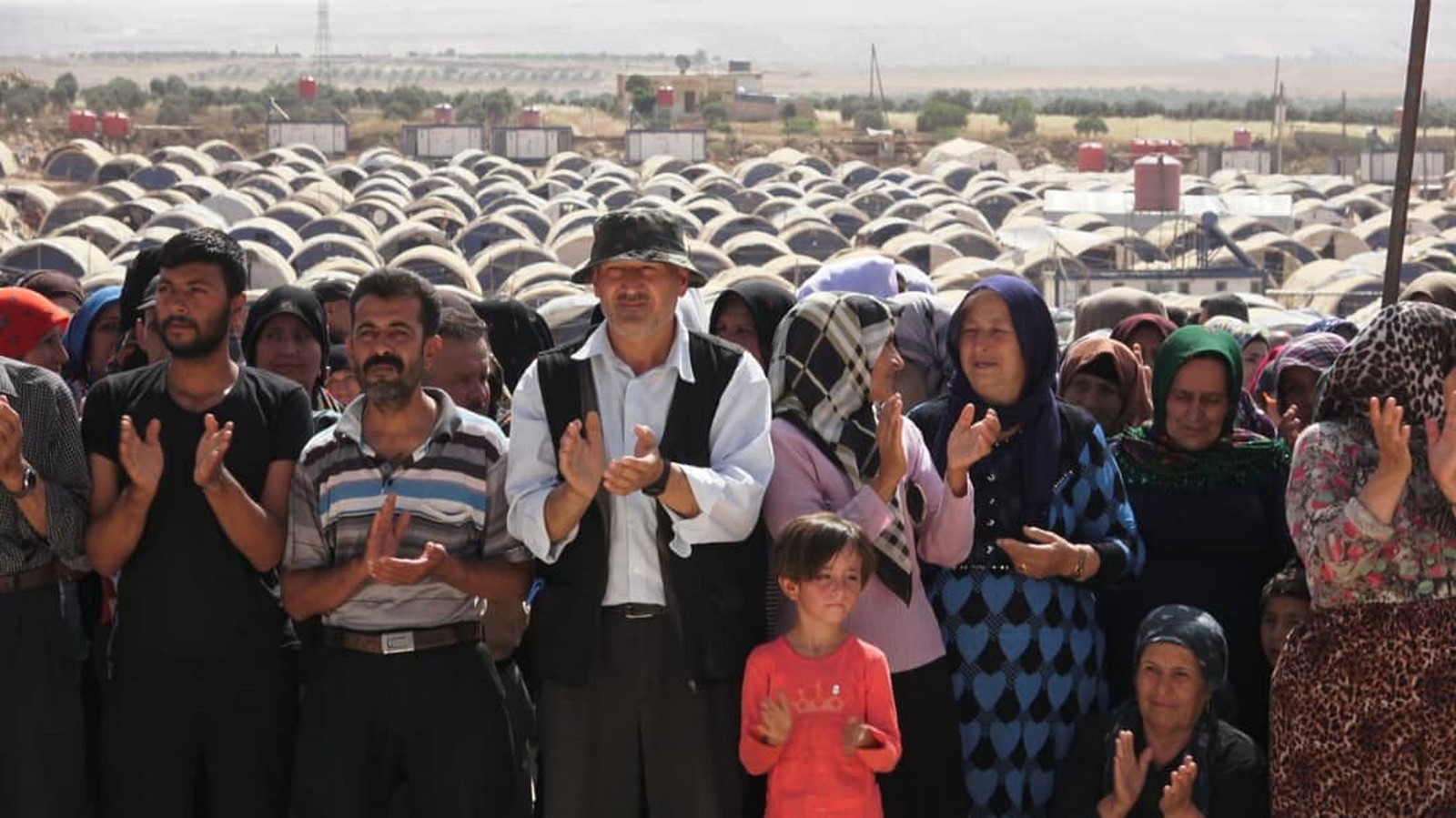 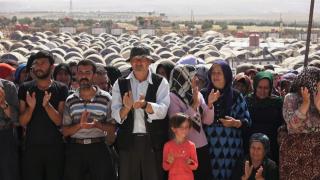 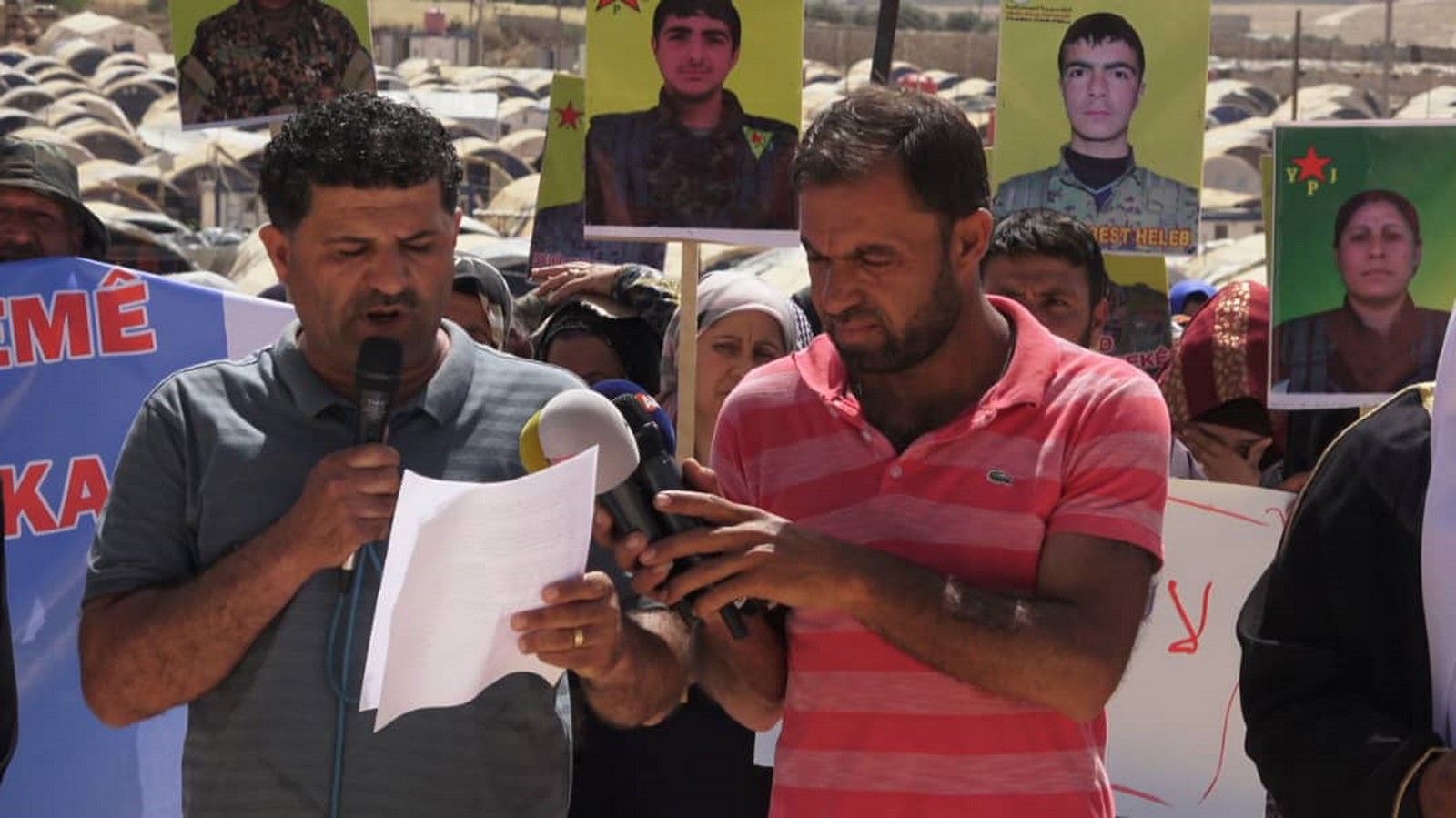 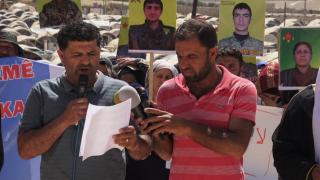