Dozens of imams of mosques, clerics and hundreds of components of Qamishlo and Tirbê Spiyê district; Kurds, Arabs and Syriacs went out in a mass demonstration after Friday sermon, demanded the necessity of revealing the circumstances of the fire that broke out on Imrali Island where the leader Ocalan is held, and considered the international community a partner in what is going on in the result of their unacceptable silence.

Imams of mosques, clerics and people who went out in front of the Imam Bouti Mosque in the east of Tirbê Spiyê district and headed towards Azadi Roundabout held the pictures of the leader Ocalan, chanted against the Turkish occupation and demanded the freedom of the leader Ocalan.

Upon the arrival of the demonstrators at Azadi Roundabout, Imam Seraj Mohamed, the member of the Islamic Conference of Muslim Scholars spoke and pointed out that the Turkish state occupies a large part of the Syrian lands, arrests the leader Ocalan and imposes an inhuman isolation on him, and that the Turkish state’s practices of occupation, injustice and criminal acts contradict the religious and heavenly laws.

Imam Seraj called on the United Nations and humanitarian organizations to break their silence, put an end to the practices of the Turkish occupation, not be a partner in the bloodshed of the innocent people, and impose injustice and aggression on the peoples of the region.

In Qamishlo city, the Democratic Islamic Society Conference organized a demonstration, in which hundreds of the city residents participated, condemning the practices committed by the Turkish state against the leader Abdullah Ocalan, and demanding the disclosure of the leader's fate after the fire that broke out on Imrali Island.

The demonstration was launched in front of the March 12th Martyrs Stadium, west of the city, and headed towards the United Nations' headquarter. The demonstrators carried the pictures of leader Ocalan and banners written in three languages; Kurdish, Arabic and Syriac, "Freedom for the leader Ocalan," "We will break the hands that affect our leader," and "We demand lawyers' visit to Imrali as quickly as possible."

The demonstrators and members of the Democratic Islamic Society Conference progressed chanting the slogans calling for the life and freedom of the leader Ocalan.

The reader of the Turkish state’s history over the years sees and witnesses the crimes committed against those who demand their rights and oppose tyranny, and they are still practiced to this day, as their negative role has not been hidden during the Syrian crisis under the pretext of defending the oppressed and the religion of God, but they were the opposite.

The statement pointed out that the leader Ocalan launched a peace process years ago in Turkey, and it was a key to solving the Kurdish issue and establishing peace and coexistence, and said: "It was a declaration of peace with Turkey, and it may have been the key to the solution in the four parts of Kurdistan, but they, as usual, have broken the covenants and declared a war openly against those who seek peace and freedom. Then, they have tried more than once to blur the identity of the Kurdish people in the leader Ocalan’s person."

The Democratic Islamic Society Conference in North and East Syria called for revealing the health of the leader Ocalan and allowing his visit by his family and lawyers, explaining: "We are all concerned that it is a cover up of a heinous crime, complicates the matter and works to consolidate hostility between the two Kurdish and Turkish brotherly peoples, and this is what the rational persons of the two peoples do not want." 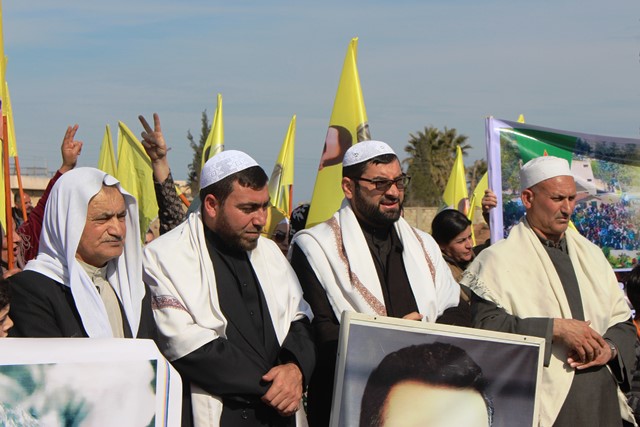 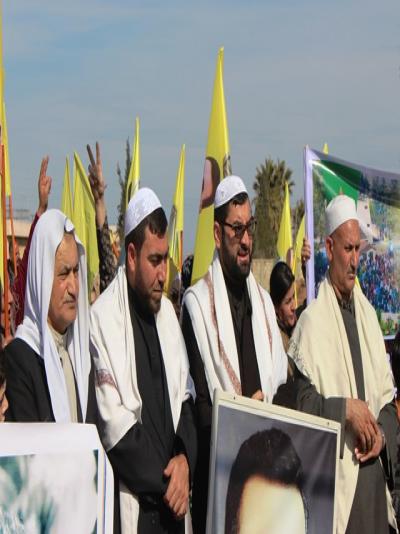 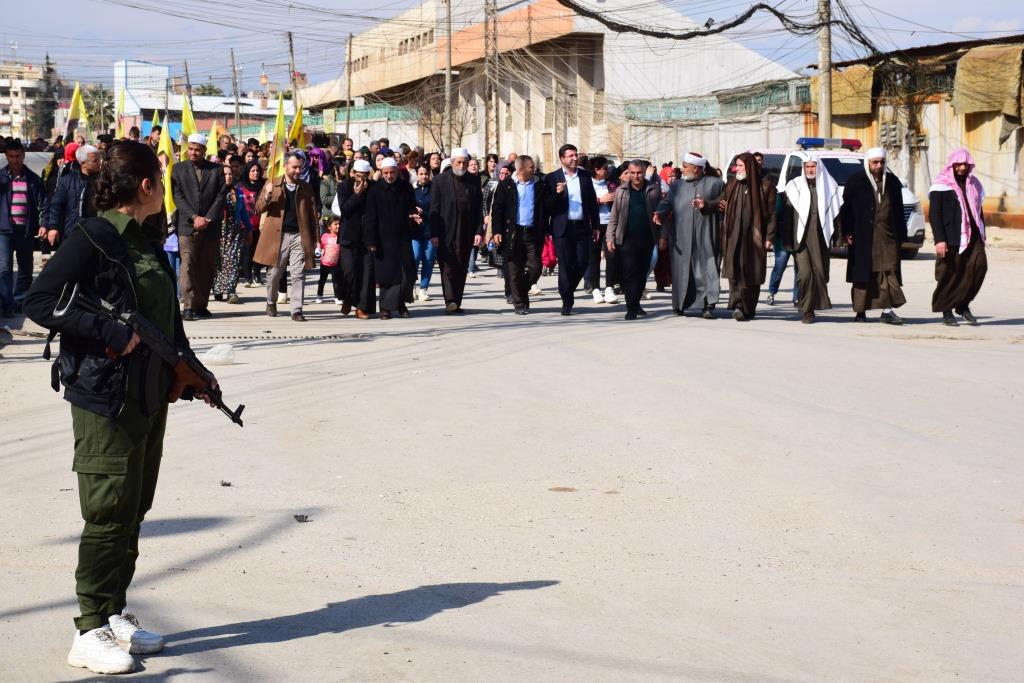 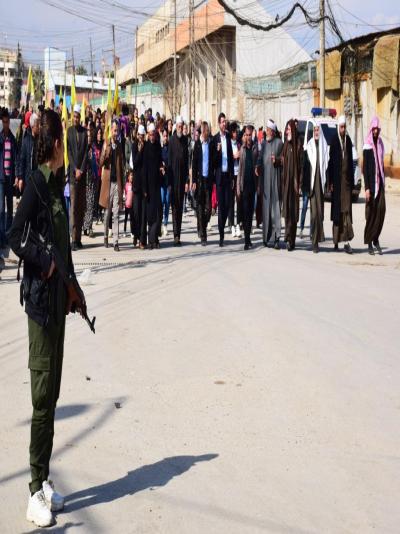 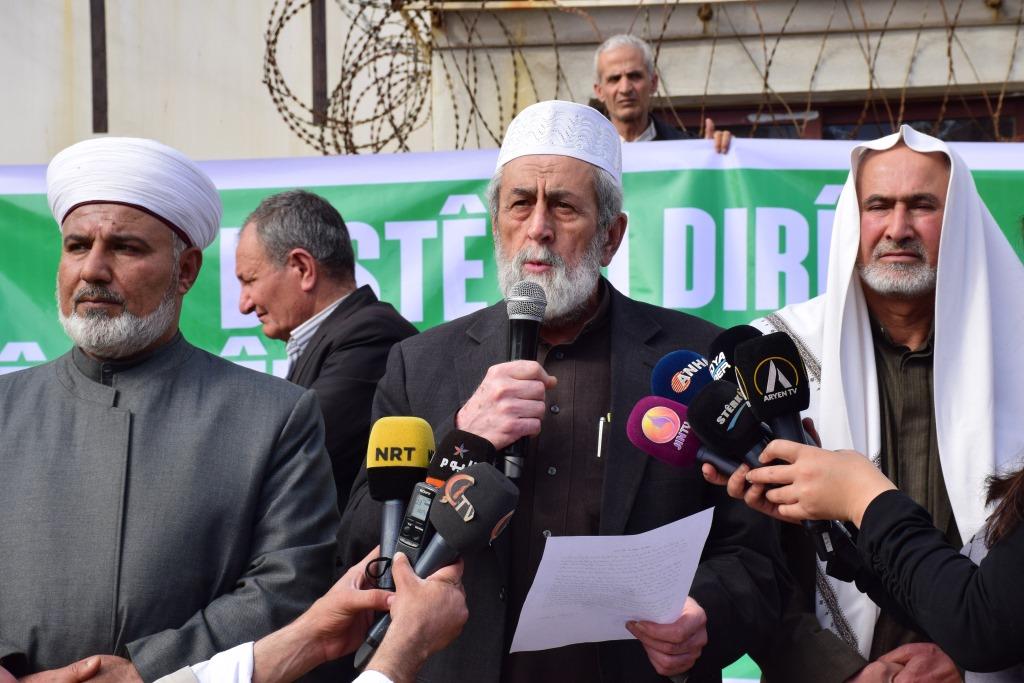 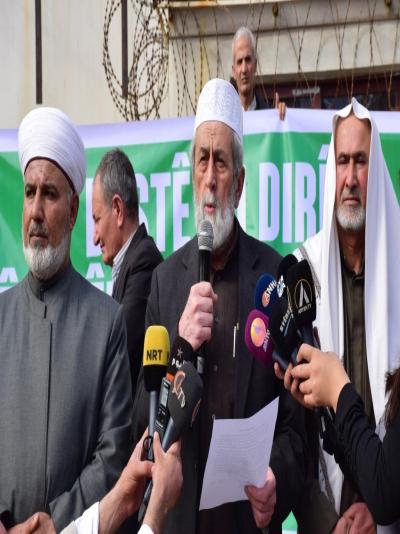 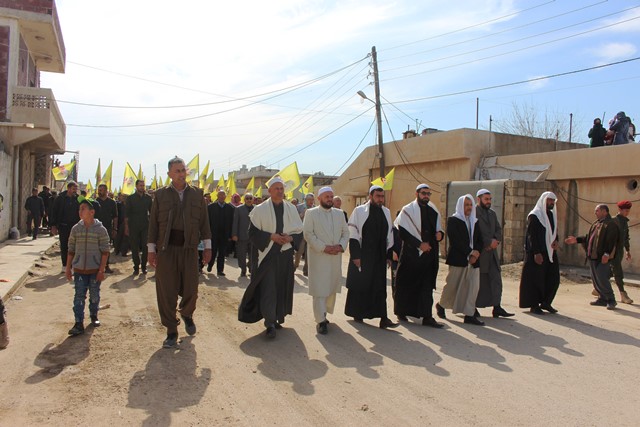 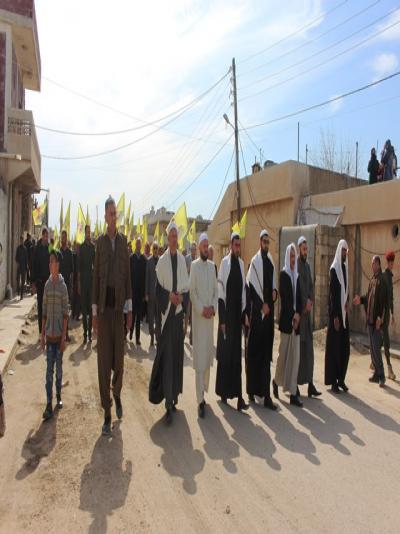 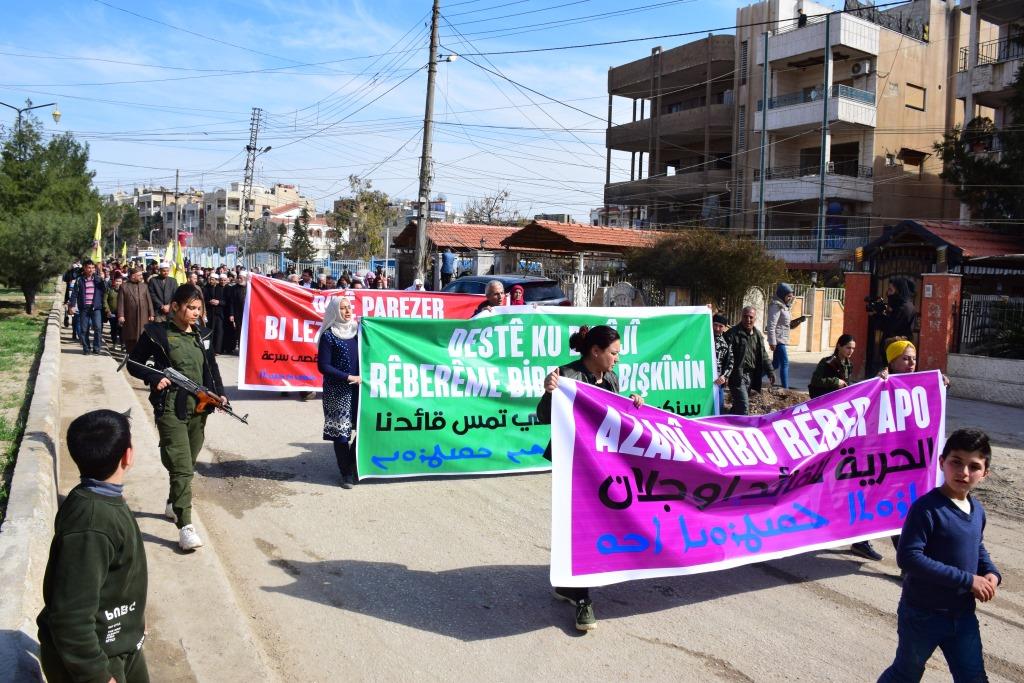 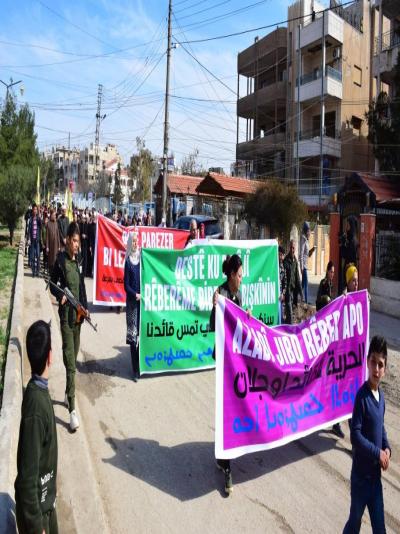 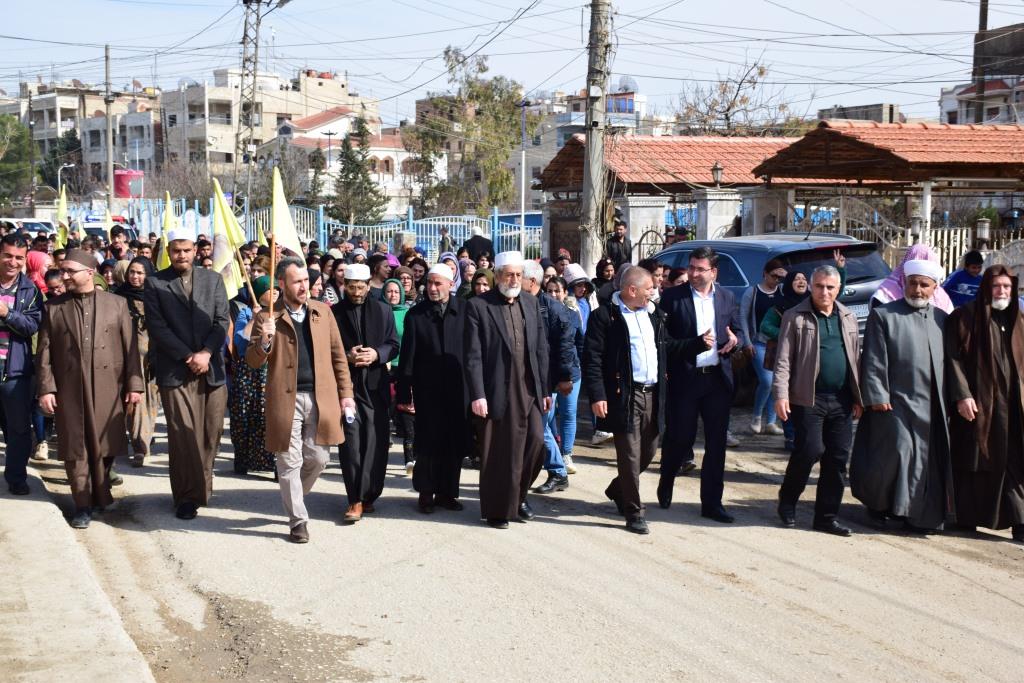 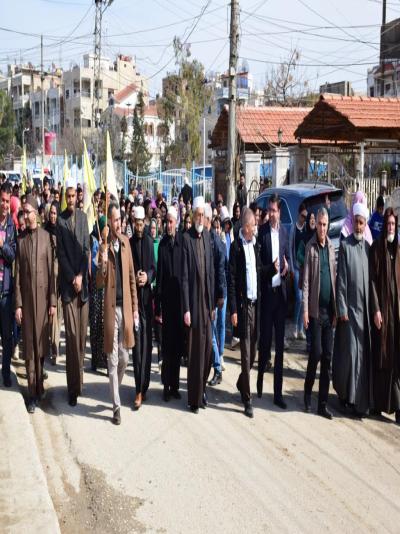 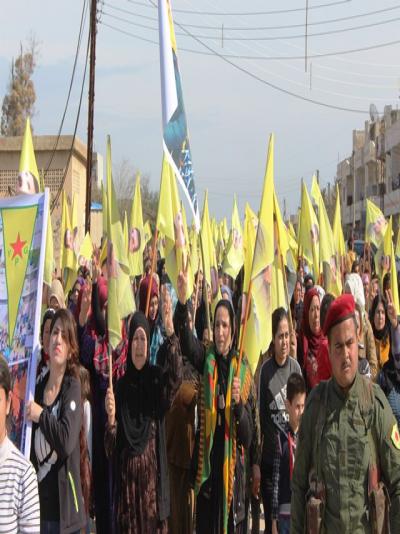 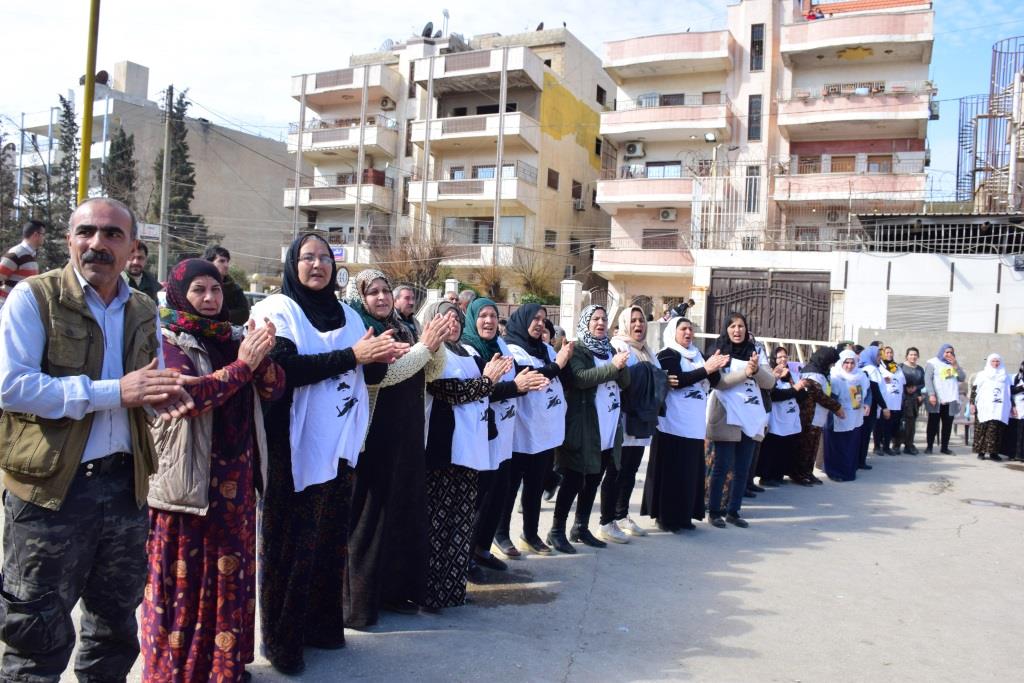 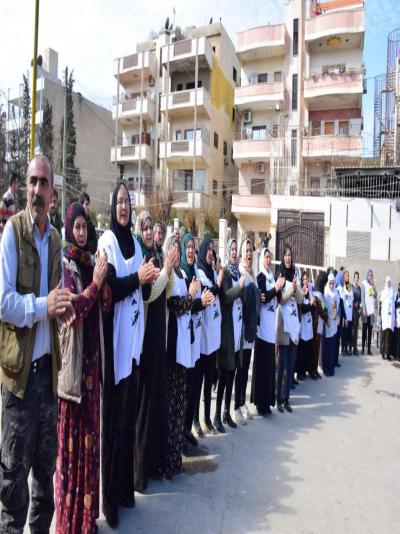