Thousands of components of the city of Qamishlo gathered in front of the Martyrs' Families Foundation in Qamishlo to pay tribute to the bodies of the martyrs of the Syrian Democratic Forces (SDF) Dilbrin, his real name Ahmad Swirkli, who was martyred on 12 October in Deir Ezzor, and member of the Internal Security forces Muhamad Hasoun, who martyred on 12 October in Serekaniye, and Alan Mahmoud and Ahmed Qassem, who were martyred on October 13 in the village of Mabrouka, and a member of the Self-Defense Forces Raman Ali, who was martyred on October 12 in Serekaniye.

Upon the arrival of the bodies of the five martyrs at the podium, the crowds stopped for a minute of silence in honor of the sacrifices of the martyrs, and then several speeches by the member of the Martyrs' Families Foundation Mohiuddin Hassan, and co-chair of the Democratic Society Movement, Zalal Ciger.

"We tell our martyrs and mothers that we have promised to live in a homeland of freedom and dignity, to avenge the blood of our martyrs and to liberate our homeland for this, requires that we resist, fight and unite," Zalal said.

"It has been nearly nine years, and the north of Syria's is heroically resisting. We fought many areas in all regions. We have provided thousands of martyrs, so we say that we will get our freedom and resist to preserve the gains of our martyrs."

"The Turkish occupation wants to seize the gains achieved in Rojava Kurdistan and northeastern Syria. We are a people who have been protecting the struggle and dignity of the people for years. We have fought ISIS mercenaries. However, the dictatorial mindset of the states and the system of the state and its interests, such as America and Russia, are an obstacle to the liberation of peoples, unfortunately, this is a fact. "

The sister of the martyr Mohammed, Suzi Hassoun, for her part, said, "Last year I stood here in this place. I promised and said we could offer another martyr for the homeland and we are present here now. I promised not to shed tears in front of the people and I will hide my tears to avenge the martyrs and I will make the tears of mothers revenge and bullet, and make the place where (Erdogan) came from a grave."

"He does not know that we are the fighters of leader Abdullah Ocalan. We are offering the second martyr and we are ready to give more martyrs. If you ask us, my mother will also take up arms."

"Today is the day of pride and dignity if we do not defend our dignity and protect it, who would do?" Suzy said.

After reading the documents of the five martyrs, they were handed over to their families, and the martyrs were buried amid chanting slogans of victory and mothers' trills. 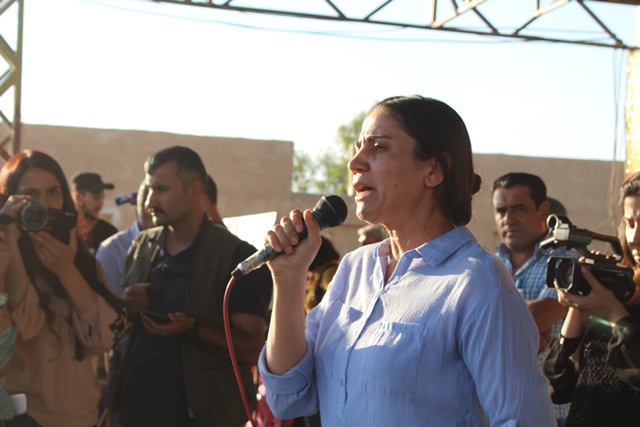 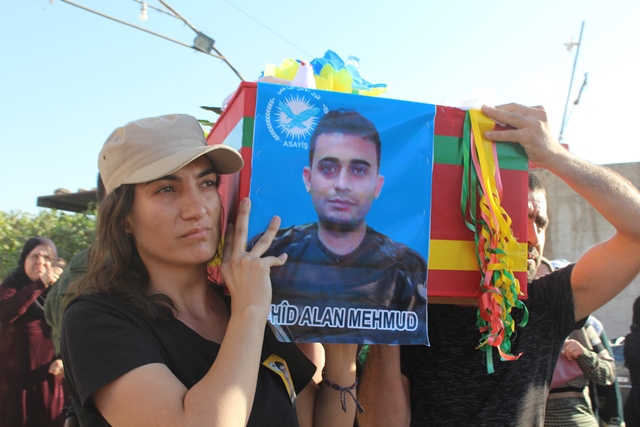 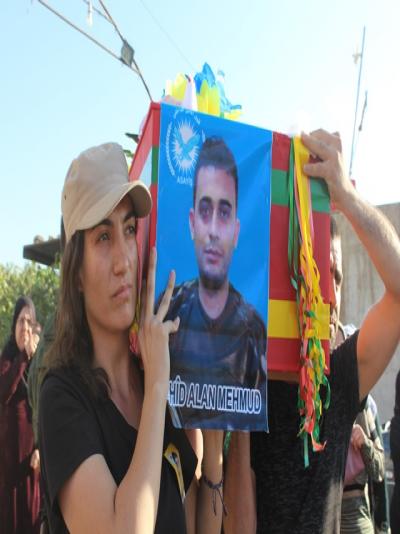 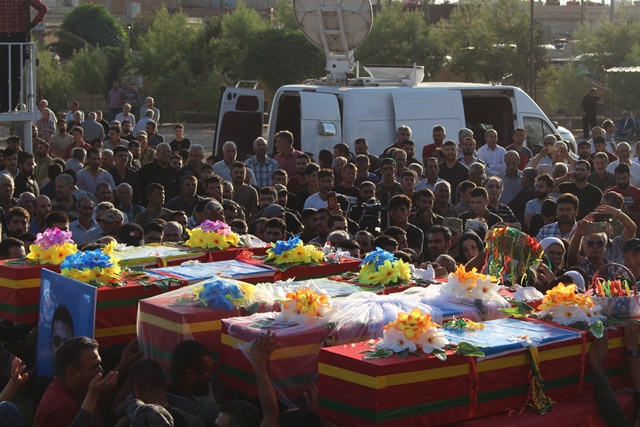 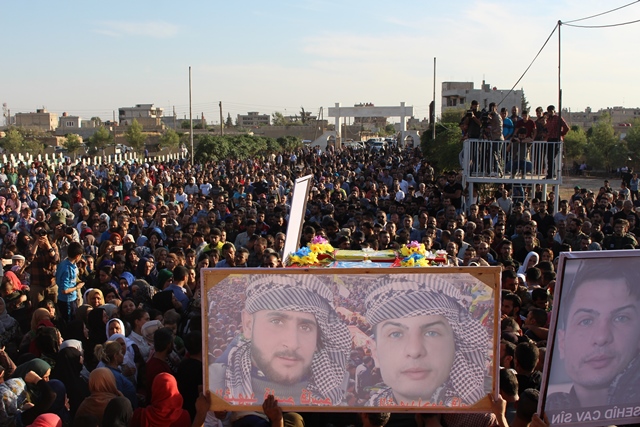 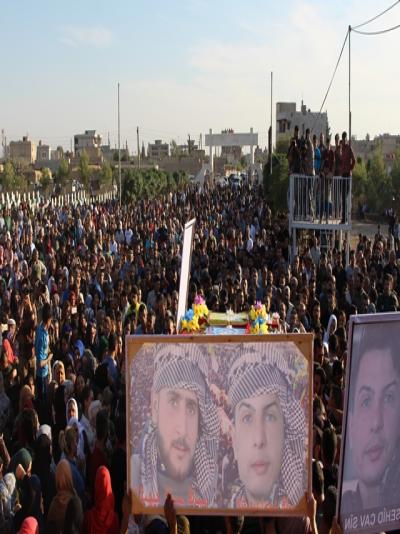