For the second day in a row, the people of Al-Jazeera continue to flock to the tent of human shields erected off the border between Serê Kaniye and Bakur Kurdistan (Northern Kurdistan).

In addition to delegations from Qamishlo, Amouda, Hasakah and Al-Shadadi and Al-Hol, the people of Serê Kaniyê continue to participate in the activities of human shields for the second day, which began with the escalation of the Turkish state from the tone of its threats to the areas of northern and eastern Syria.

"No to the occupation and geographical change,” and "The components of the Syrian people do not accept the Ottoman occupation,” as well as “no to genocide and demographic change. We do not accept hostility and strangers on our land."

Residents of the city of al-Hasakah, al-Shaddadi and al-Hol, Dersishah, Markada, and Arisha of all components, gathered today in the town of Serê Kaniyê to participate in the tent of human shields erected just a few meters from the border with Bakur Kurdistan, carrying pictures of the leader Abdullah Ocalan.

"Our standing today under this tent is to cross and tell the world that we are advocates of peace, but we also have the right to defend ourselves against any threat that poses a threat to us," said Husam al-Ali, the joint head of the Hasakah administration.

"We do not count on the United States of America because this is their policy of interest. Wherever there is interest, there will be US-led coalition forces. We expected their withdrawal at any moment from their border bases," he said. We will be with them in one trench against the Turkish occupation." 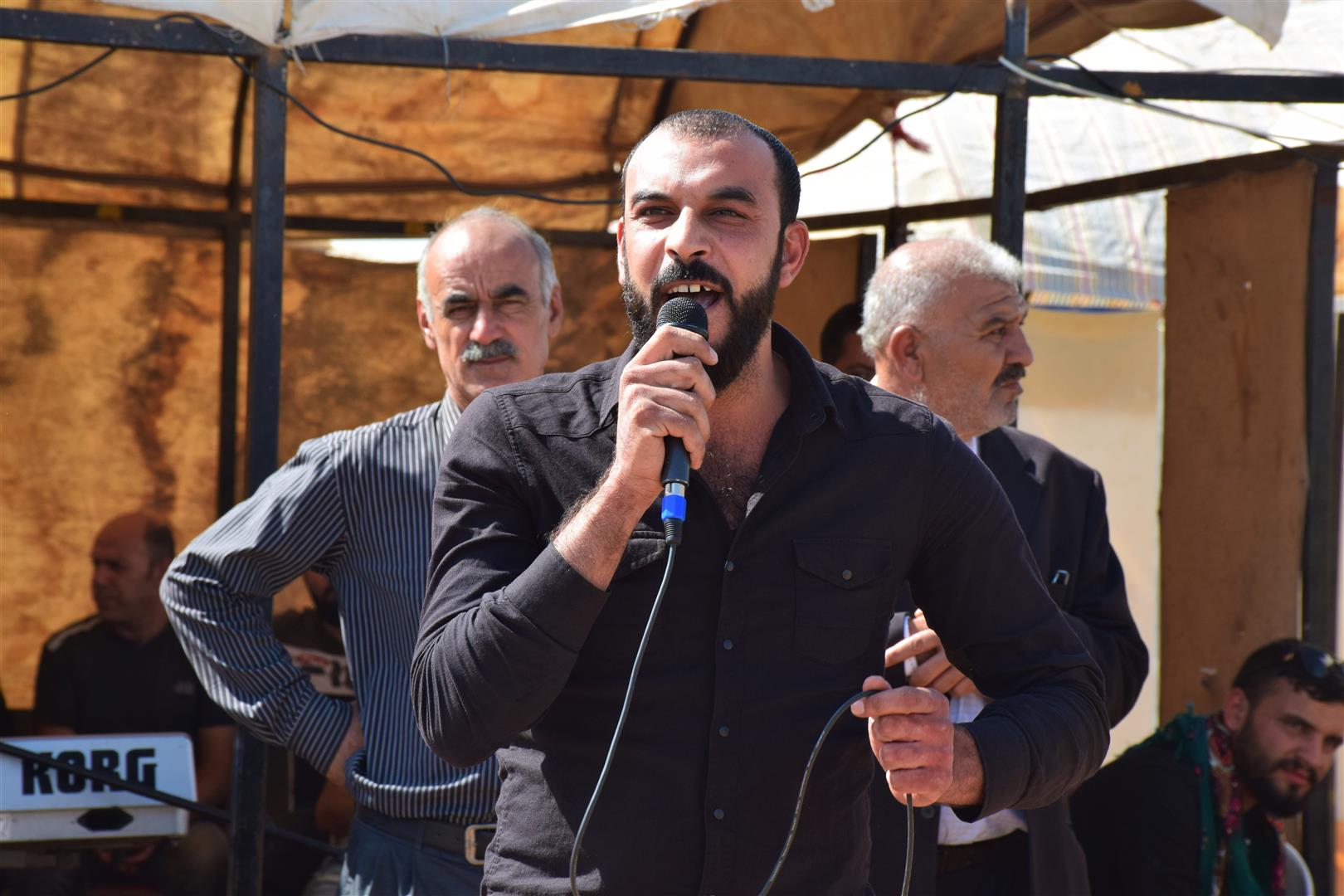 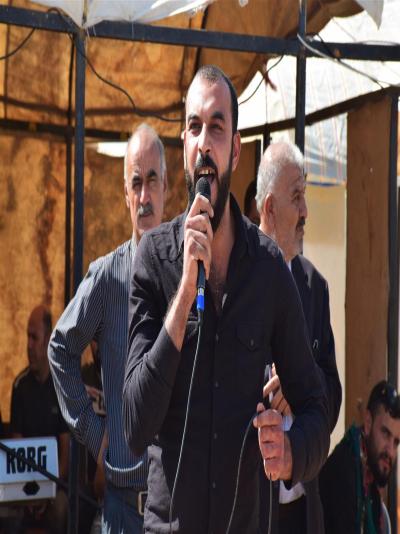 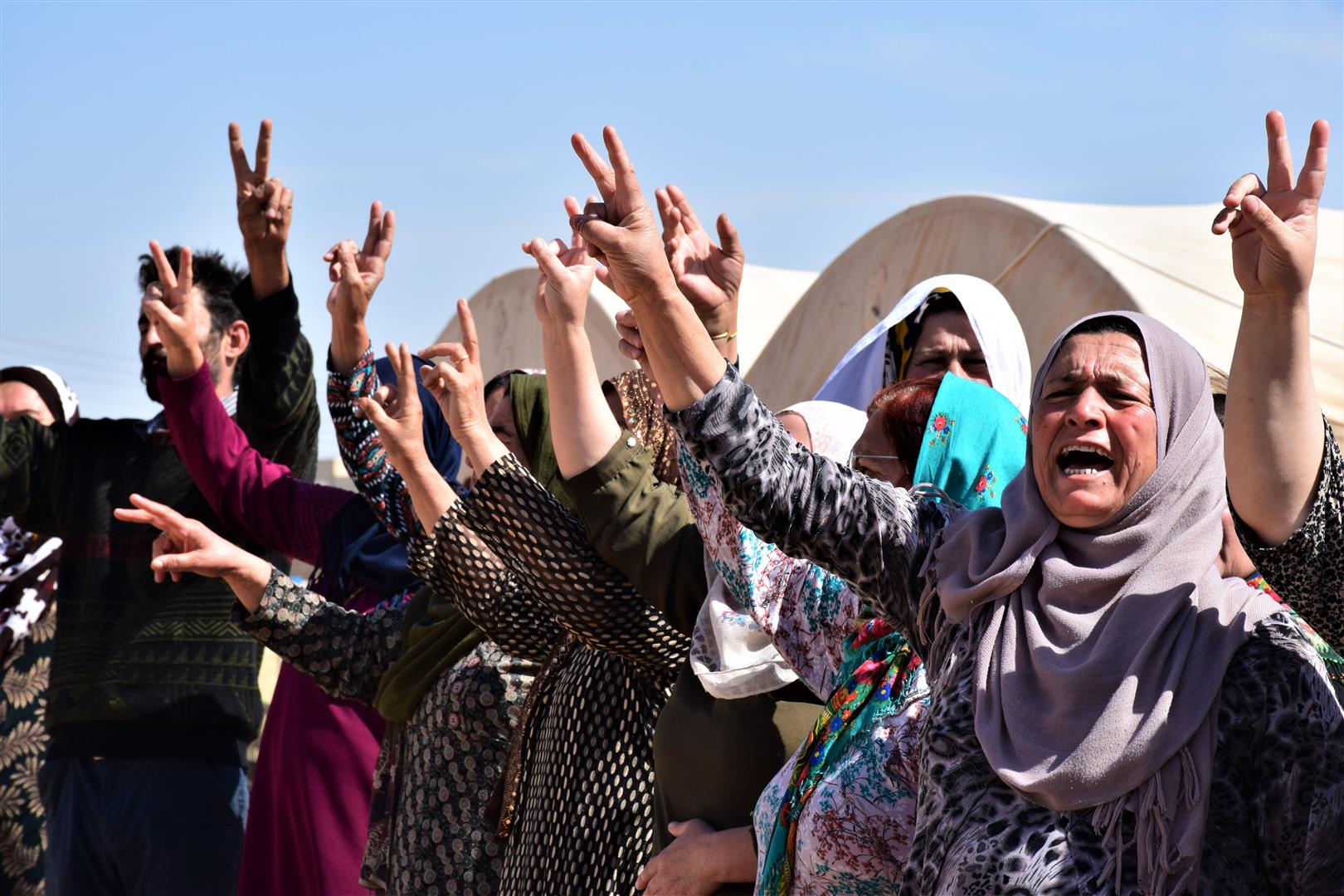 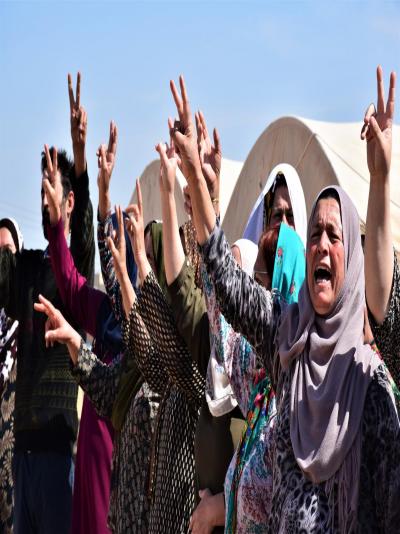 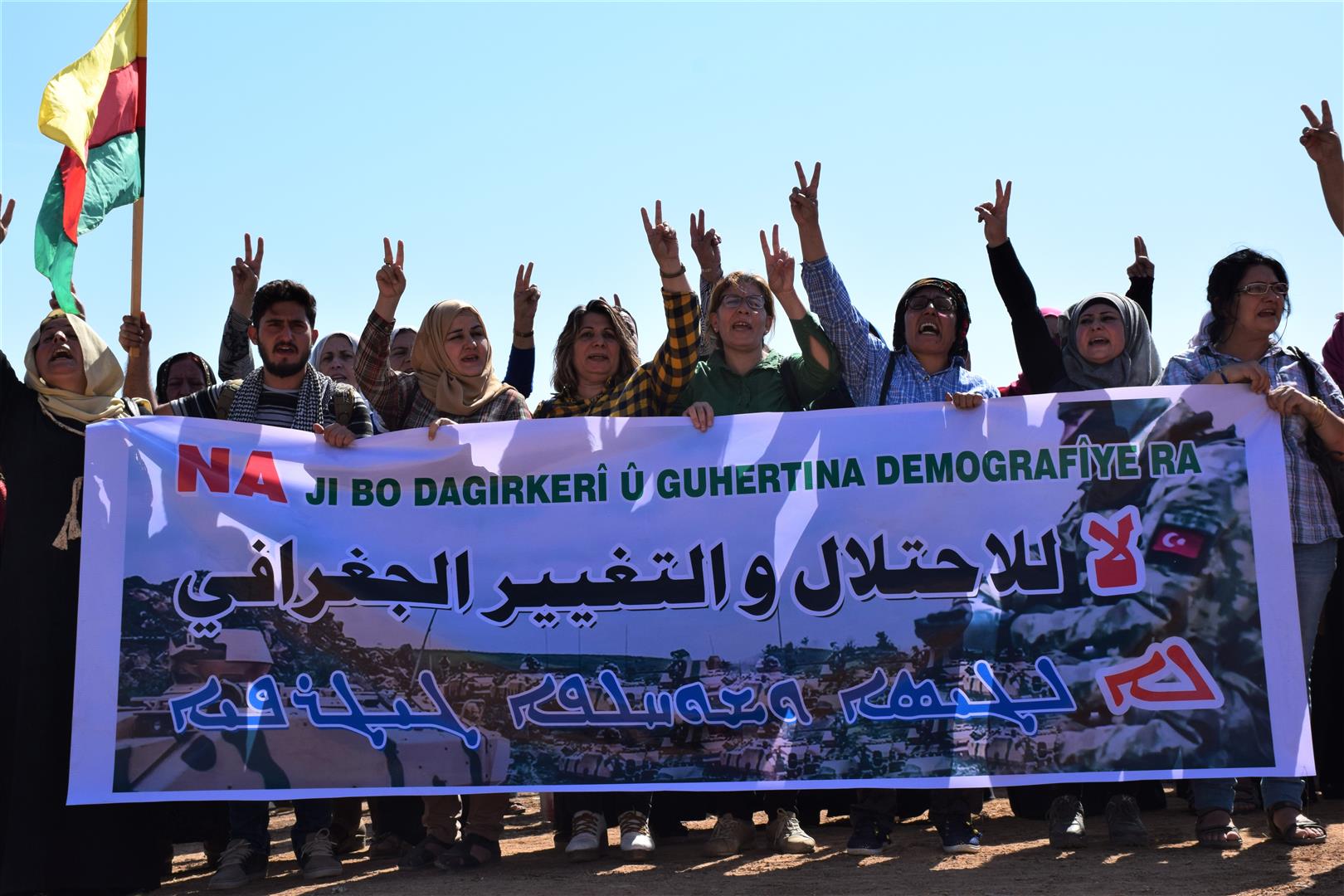 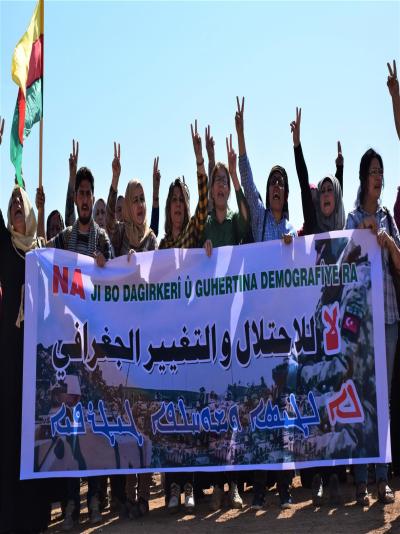 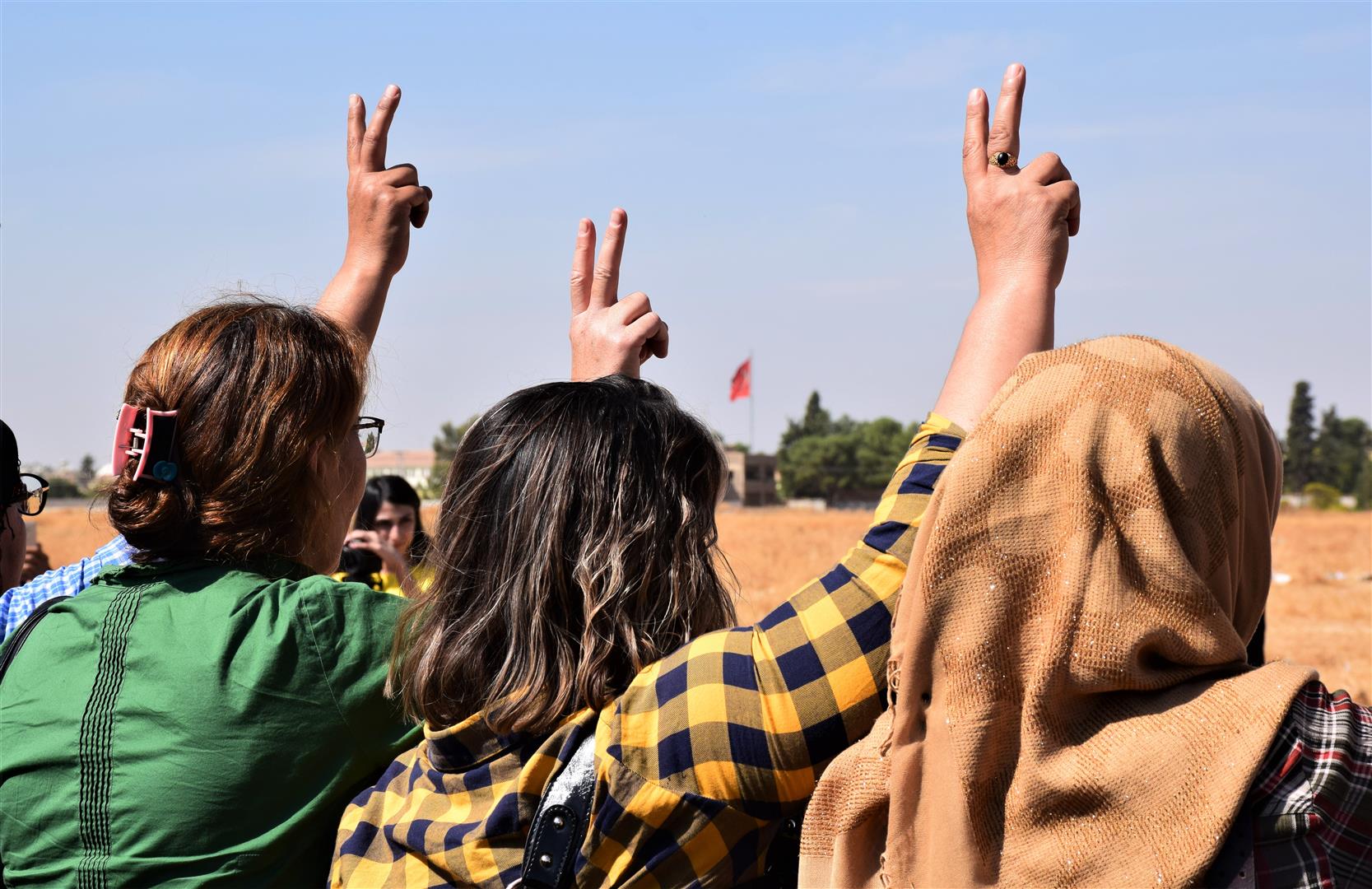 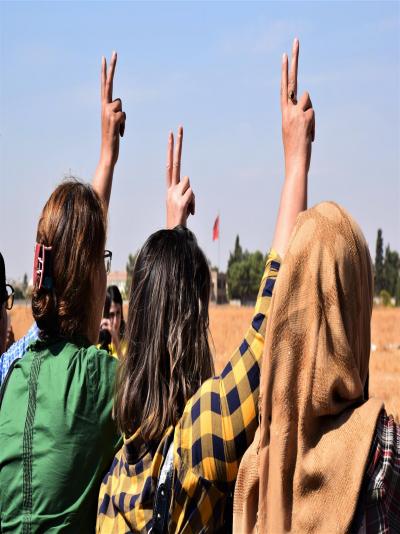