Dozens of members of Councils, Bodies, Unions and Civic Institutions gathered in Sardam camp in the village of Tel Soussin in al-Shahab canton, holding placards written on "The Democratic Nation Project will be completed only Freely by leader Ocalan "Abo", and pictures of leader Abdullah Ocalan to make a statement.

The Executive Board of Autonomous Administration of Afrin canton issued a statement to the public opinion demanding that his condition be disclosed after the fire on the Island of Imrali. 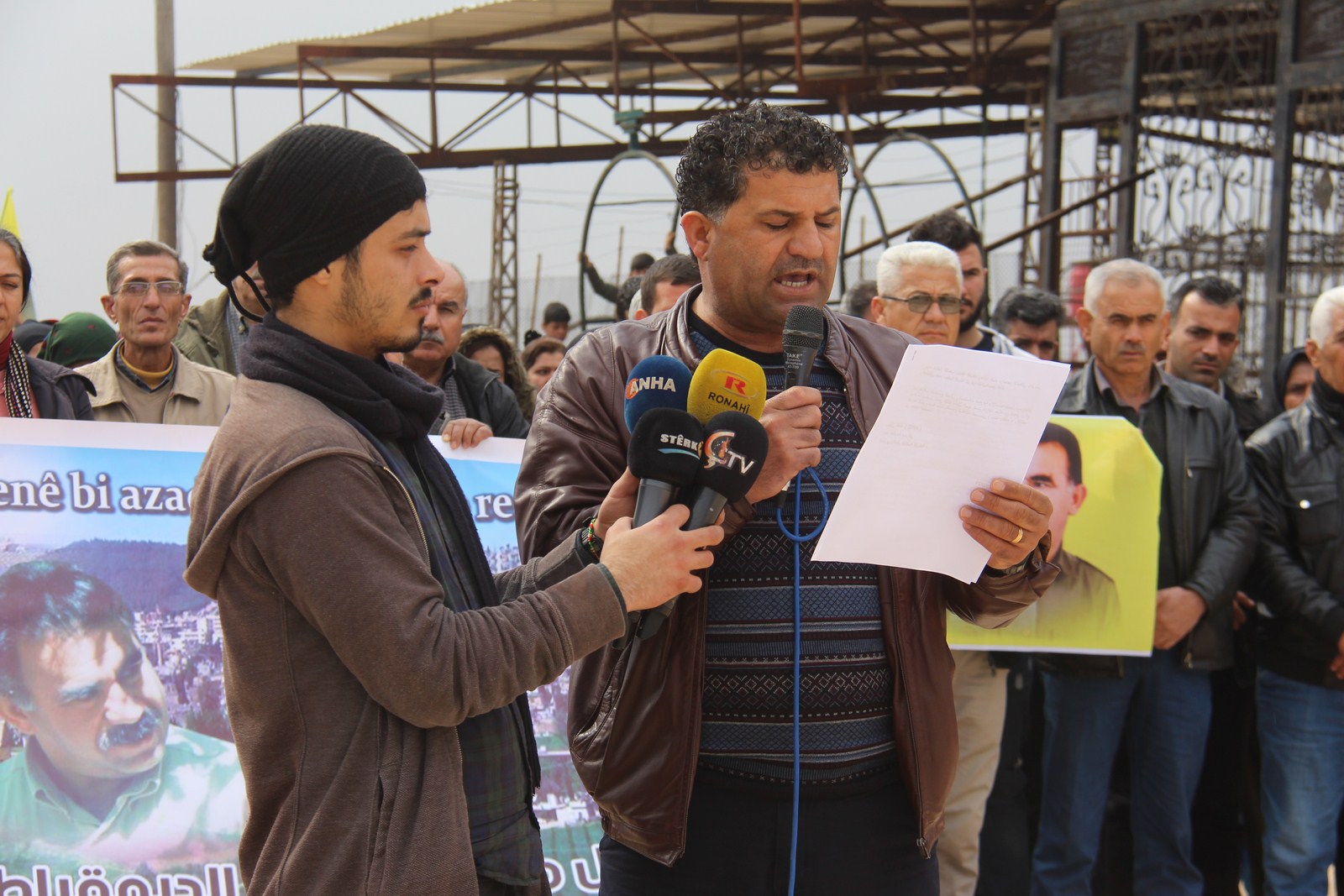 The statement was read in Kurdish and Arabic by the Women's Committee's administrator, Zloukh Rashid, and Deputy Chairman of the Executive Council, Esravel Mustafa.

The statement noted at the beginning that the crisis experienced by the national regimes in the 21st century in the Middle East in the context of the struggle for permanence has turned it into "Leviathan gasping to swallow all that opposes the policy of conquest, tyranny and oppression, and strike the liberation movements and the struggle reality of the Kurdish people in particular, in addition to striking the democratic project of the democratic nation put forward by leader Abdullah Ocalan."

The statement said: That the Turkish state has not hesitated to increase its brutality through its immoral practices against the leader, and to impose isolation on him and continued "These immoral and inhuman methods against him are a violation of international humanitarian law, and the Charter of the Universal Declaration of Human Rights and all conventions".

the statement noted "the fire broke out on the island and the Interior Ministry's statement that it was unable to provide assistance due to the storms posed a threat to the lives of leader Ocalan and his companions".

"The statement stressed that the Kurdish people and other peoples will not stand idly by in the face of what is happening to the leader, the "envoy of peace and humanity and the philosopher of the Democratic Nation Project".

The statement appealed to the people of all sects to do their moral, national and militant duty against the fascist policy of the Turkish State against the leader.

In the end, the statement called on the international community, human rights organizations and humanitarian organizations to shoulder their responsibilities towards what is happening to the leader, to try to save his life from danger, and to lift the isolation imposed on him by allowing his lawyer and family to meet with him and reveal his health.

The statement ended with slogans calling for resistance of Imrali, denouncing the practices of the Turkish authorities against leader Abdullah Ocalan.

Meanwhile, the Turkish occupation army and its mercenaries  are shelling the villages of Ko...

As part of the SDF's response to the attacks of the Turkish occupation mercenaries on Ain Is...

Today, a group of students from al-Jazeera region who were studying in the Syrian capital, D...
Old Website