The HPG's Press Office released a statement in which it announced the details of a series of actions carried out by guerrillas in revolutionary campaigns, and of the continued attacks and operations of the Turkish army in Medya.

According to the statement, 1 Turkish soldier was killed in Heftanin, 11 in Xakurke, 1 in İdil and 2 others in Bagok. On the other hand, one guerrilla fell a martyr during clashes in Siirt.

According to the statement, guerrillas yesterday hit the Turkish soldiers stationed around Hill Mezin as part of the Battle of Heftanin Revolutionary Campaign ongoing in Heftanin region of guerrilla-held Medya Defense Zones in southern Kurdistan, northern Iraq. One soldier was killed here.

As part of the Martyr Bager and Martyr Ronya Revolutionary Campaign, guerrillas targeted a convoy of the Turkish army in Xakurke region of Medya Defense Zones yesterday. The sabotage action left one military vehicle completely destroyed and 11 soldiers dead, including a lieutenant and a sergeant.

While the Turkish army retrieved the casualties from the scene and bombed the area at random after the HPG action, the involved guerrilla unit returned to their base safely.

As part of the same campaign, guerrillas carried out a sabotage action against the Turkish soldiers who started an operation in the area of Mount Bagok in Mardin’s Nusaybin district on September 12. Two soldiers were killed here.

In Başkale district of Van, clashes erupted between the Turkish army in the village of Axula on September 10, said HPG and added that details about this fighting would be announced later on.

HPG statement said that the Turkish army continued with airstrikes against the guerrilla-held Medya Defense Zones. Accordingly, Turkish fighter jets shelled the Kunişka area in Zap region and the Balayan valley in Qandil region on September 23.

Martyrdom of the fighter of HPG

On September 22, the Turkish occupation army launched an operation in Herkeol region. Between 10:00 and 11:00. its soldiers were deployed in the area by helicopter. The operation continued until the next day. In this operation one of the fighters of the HPG was martyred.

The martyr's record according to the statement is:

The place of birth: Siirt

The place and date of martyrdom: Herekol on 22 September 2019 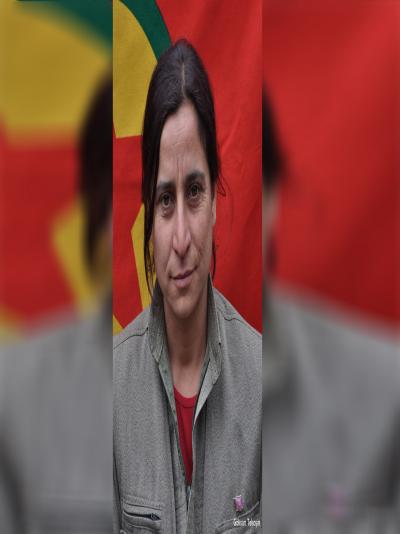 The bombing of the Turkish occupation of northern areas of Dohuk governorate in Başûr sou...

Today, Friday (29 May), the Media Center for the People’s Defense Forces (HPG) issued a st...

The Turkish occupation army’s bombing on the villages of Bradost area in Başûr Kurdistan...
Old Website