After the Autonomous Administration announced a curfew in all regions of northern and eastern Syria, the Municipalities and Environmental Protection Committee launched a campaign under the slogan "How to protect yourself and others from infection."

The campaign included hanging banners and distributing brochures and leaflets in public facilities, and the owners of shops excluded from the curfew must meet the requirements of the residents. 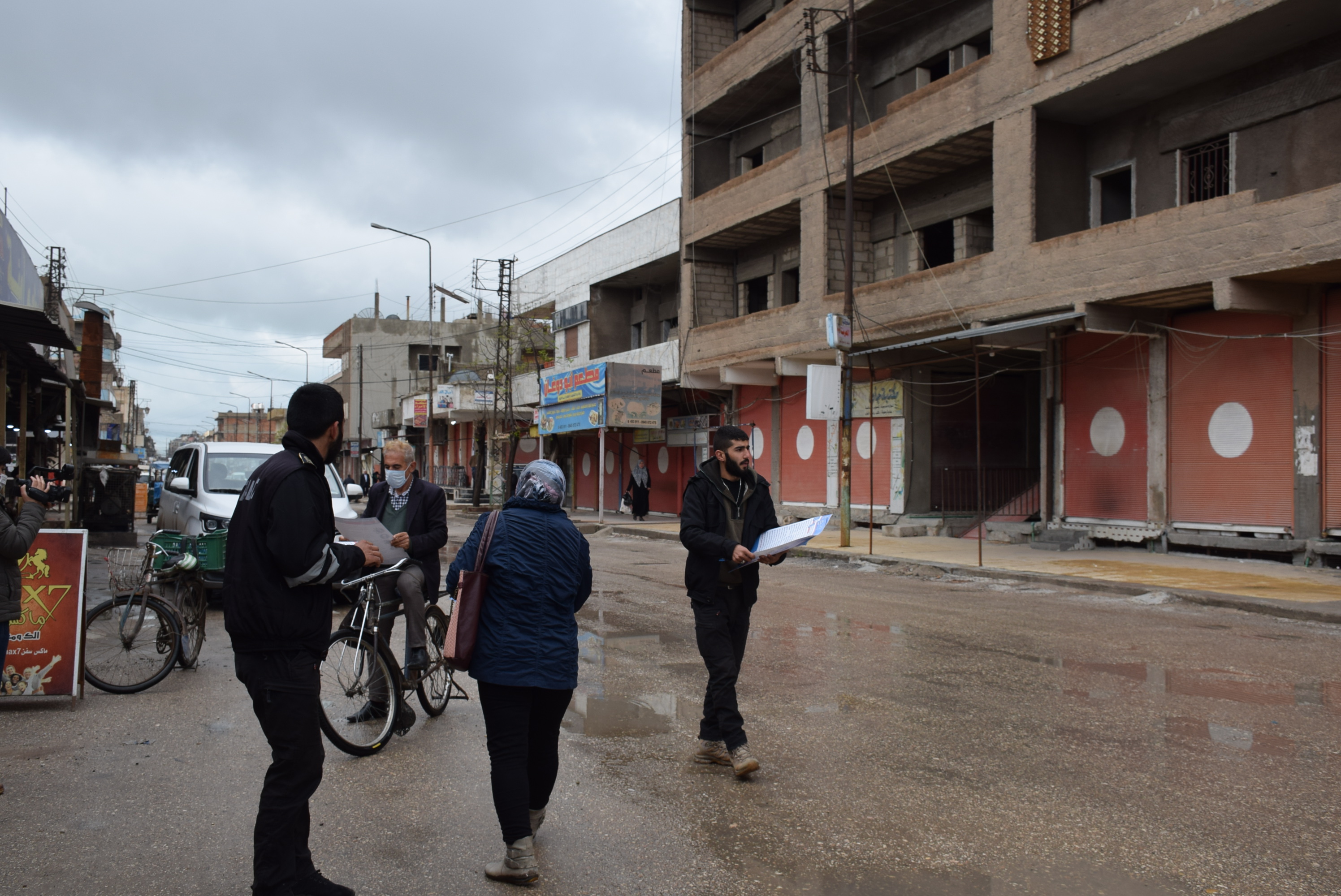 Brochures and leaflets include awareness instructions about the necessity of everyone cooperating to prevent infection with the Corona virus, which has claimed thousands of lives so far, such as the need to wash hands with soap and water for a period of not less than twenty seconds, and to use sterilizers, especially when returning home from abroad, and to avoid crowded places, and wiping frequently touching surfaces such as computers, tables, door handles, toiletries, and home and mobile phones.

The brochures also included instructions on the need to adhere to the deadlines for throwing garbage to prevent its accumulation, which is from 07:00 to 10:00 in the morning, and in the event of any emergency call the numbers assigned to the emergency teams.