On 10 April under the slogan "The Resistance of Strikers Is Sacred, All of Us Are Leyla and Nasir,"  Kongra Star began the event of a sit-in under a tent in Ahras district with the participation of the women of al-Shahba and Afrin in order to support the resistance of hunger strikers in condemnation of the isolation of the leader of the Kurdish people Abdullah Ocalan.

The event starts every day with the rotation of women from al-Shahba and Afrin in the districts and villages of al-Shahba and Sherawa district, under the 24-hour sit-in tent. During the event, many statements and speeches are delivered on behalf councils and representatives of Kongra Star in the districts.

On Wednesday, the sit-in took place on its 8th consecutive day with resistance and steadfastness under the tent.

On Tuesday, after the visiting delegations came to the event and after they spent the morning hours until the afternoon standing on their feet, chanting slogans that salute and support the strikers' resistance and calling for freedom of the leader of the Kurdish people Abdullah Ocalan, the women watched the news to check on the health of MP Leyla Guven and her comrades who are participating in the open strike campaign.

Then the participants delivered awareness lecture, which included the importance of deepening the thought and philosophy of the leader of the Kurdish people Abdullah Ocalan and to identify his personality closely and the course of his life, and focus on the revolution that was created from the wellspring of the ideas of Ocalan, "triumphing Ocalan's giving this amount of confidence and prestige to women to participate in the ranks of the revolution."

The participants in the event talked about the meetings with Ocalan, what he talked about during the meetings, and other details and attitudes that brought their attention to the character of Ocalan. Most women shared a joint view in their first meeting that they imagined that Ocalan "is not a leader shows the authoritarian, but a personality characterized by the qualities of respect and love."

Despite the cold weather and the rainfall at some times, and the abandonment of women to their children and their homes, their morale remains high. In the evening, the places in Ahras were quiet and silent except near the sit-in tent. The voices of the strikers were raised with slogans that salute the resistance of the strikers and call for the freedom of Ocalan.

During the interviews with the participating women by our agency, Hawar news (ANHA), the participants said that in the morning and until the next day, they had a high morale and that their morale was derived from the strength of MP Leyla Guven, stressing that they would not give up their demands, and would destroy the Turkish fascism by liberating Ocalan and the expulsion of the Turkish aggression out of Afrin.

The sit-in on the eighth day of Kongra Star is due to end with issuing a statement to the public opinion. 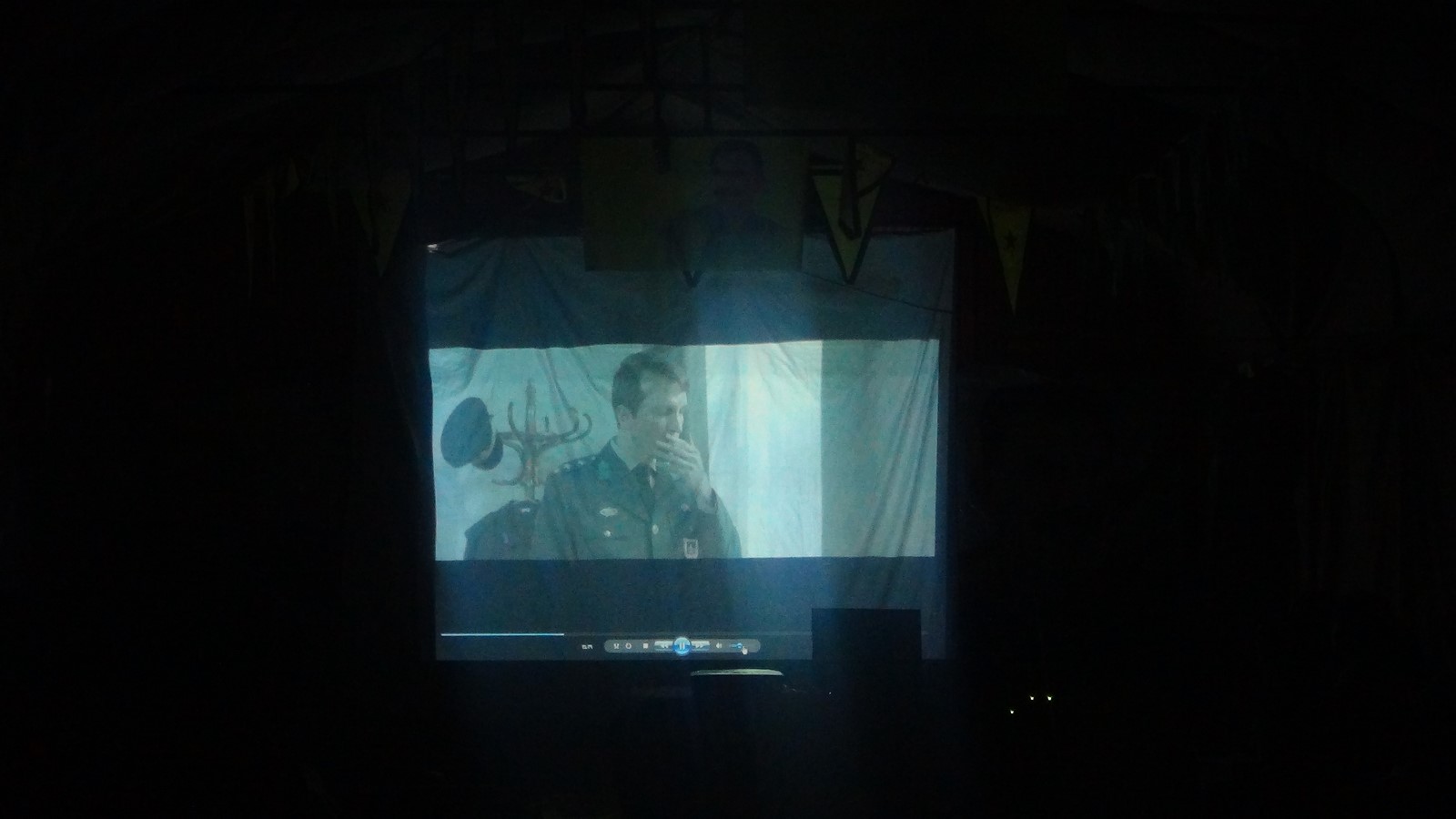 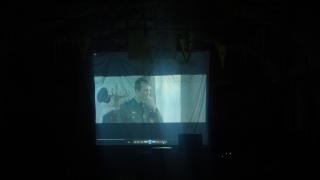 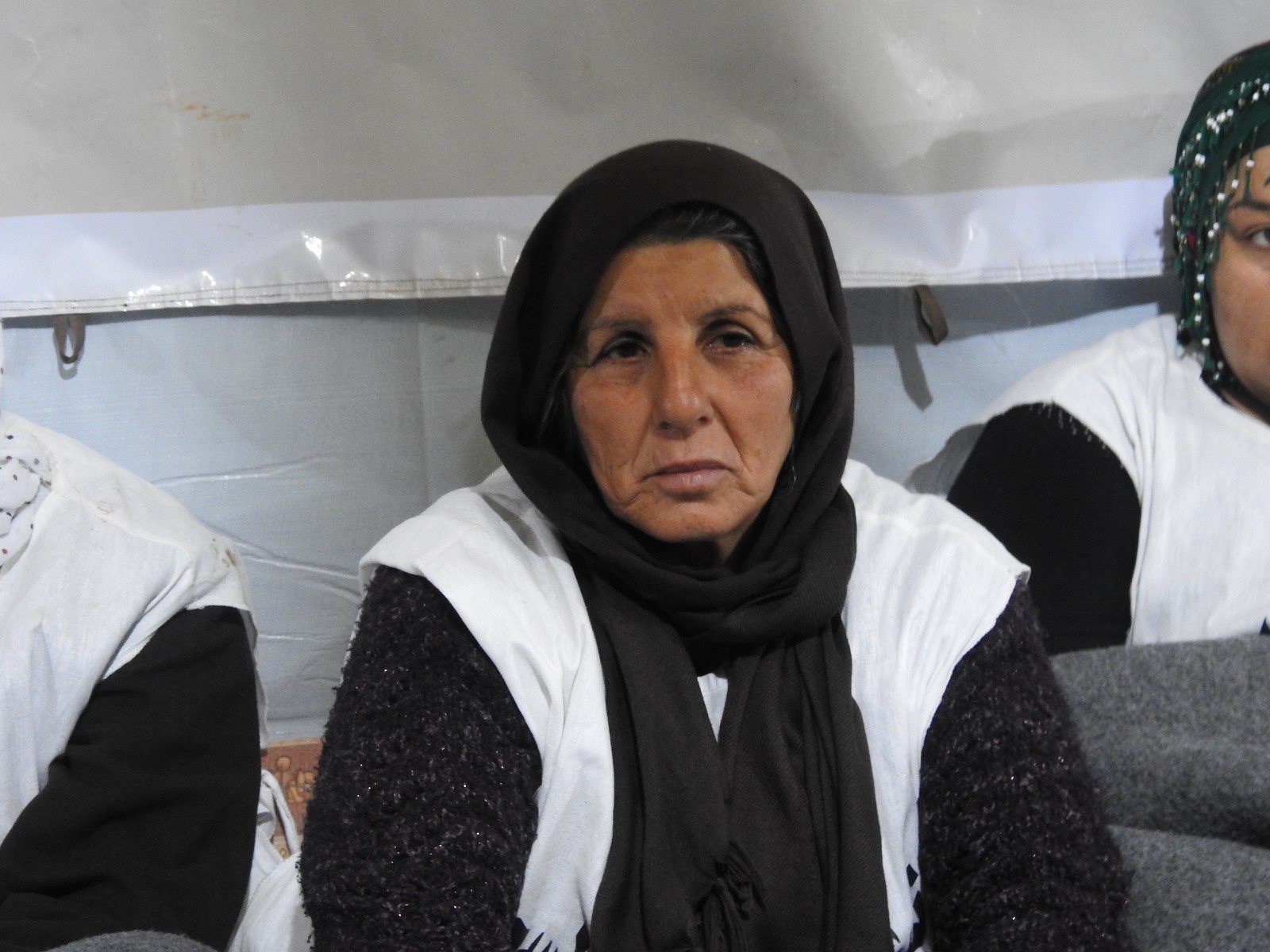 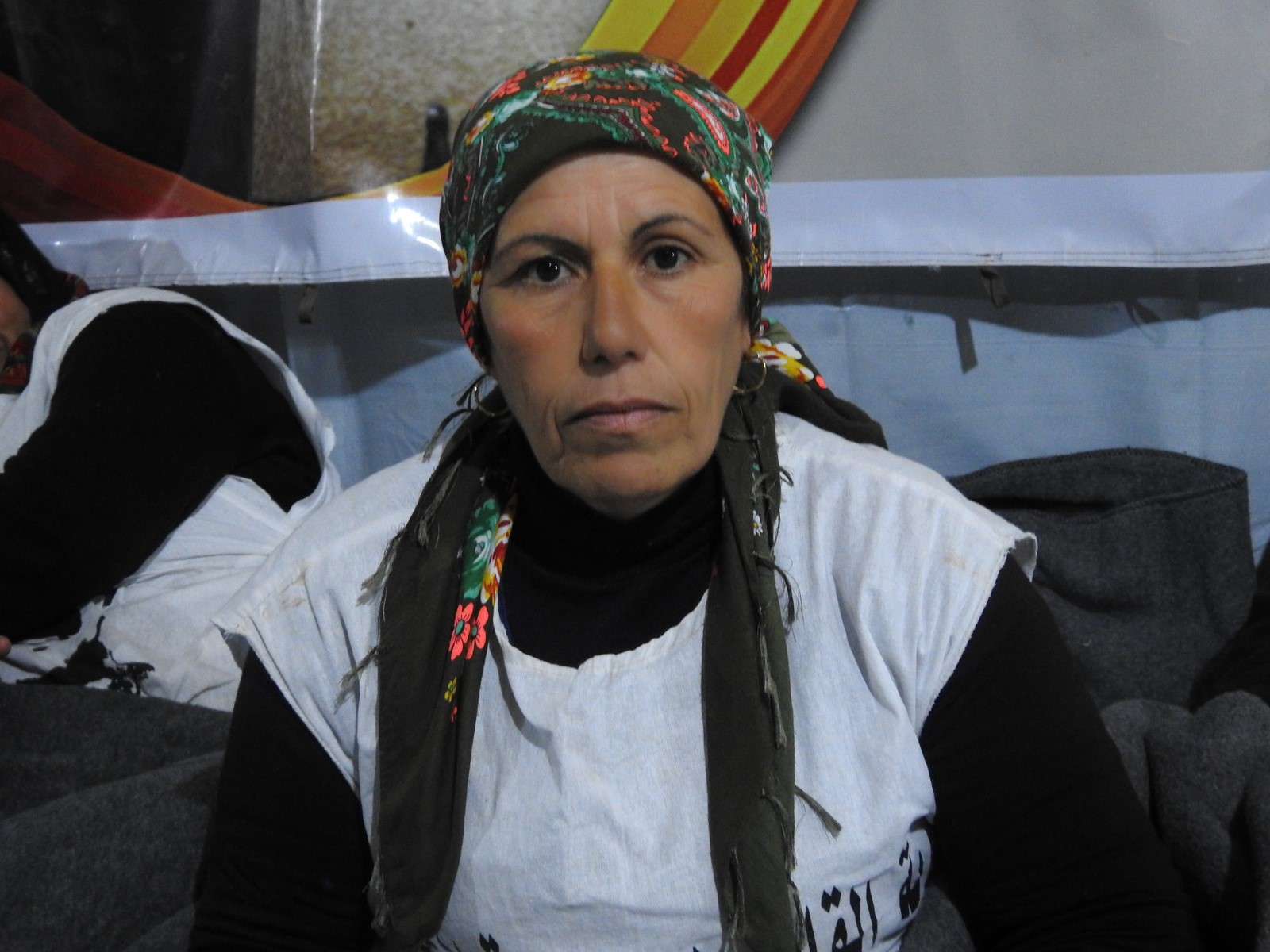 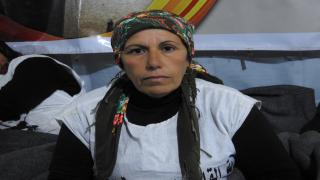 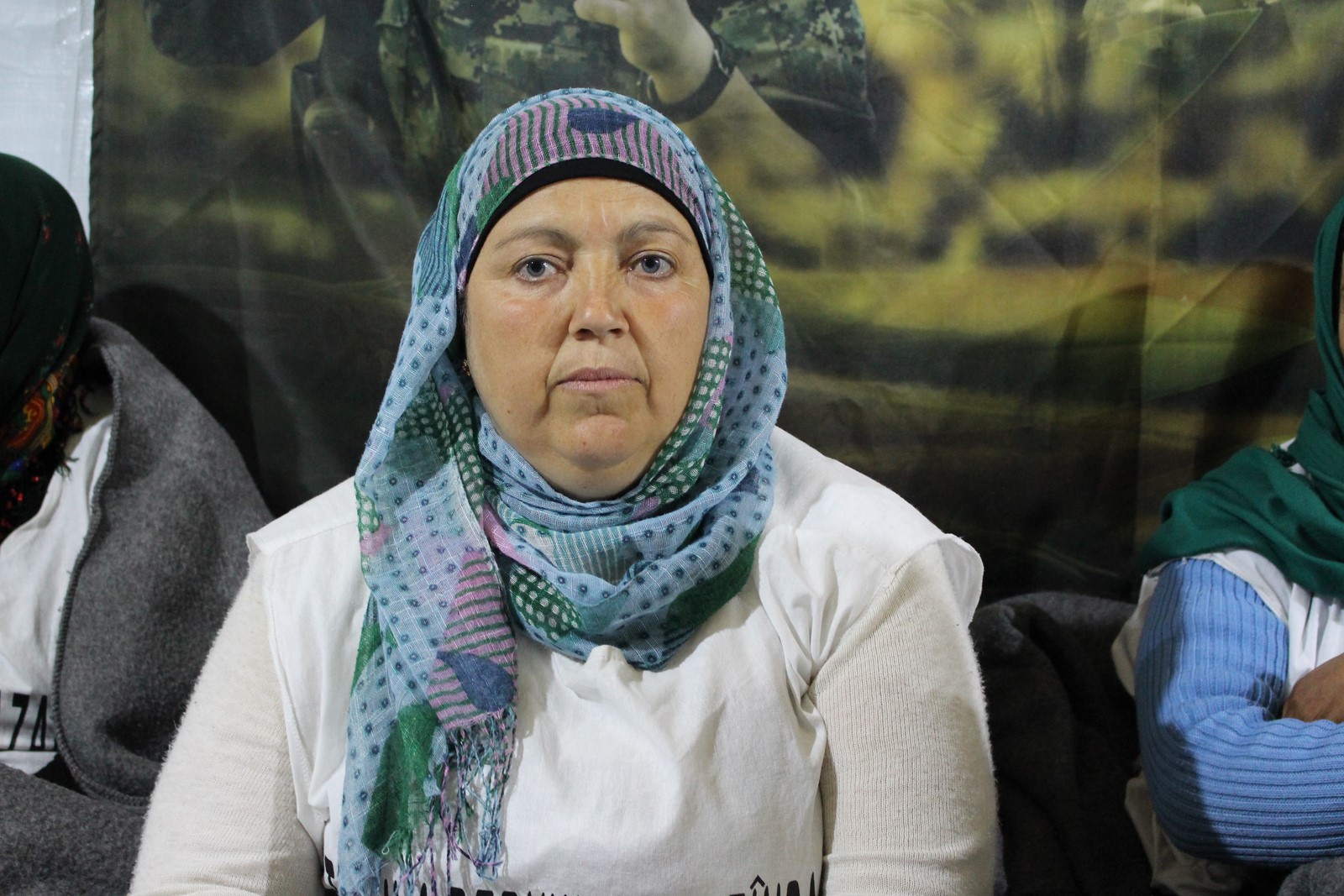 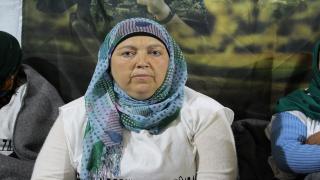 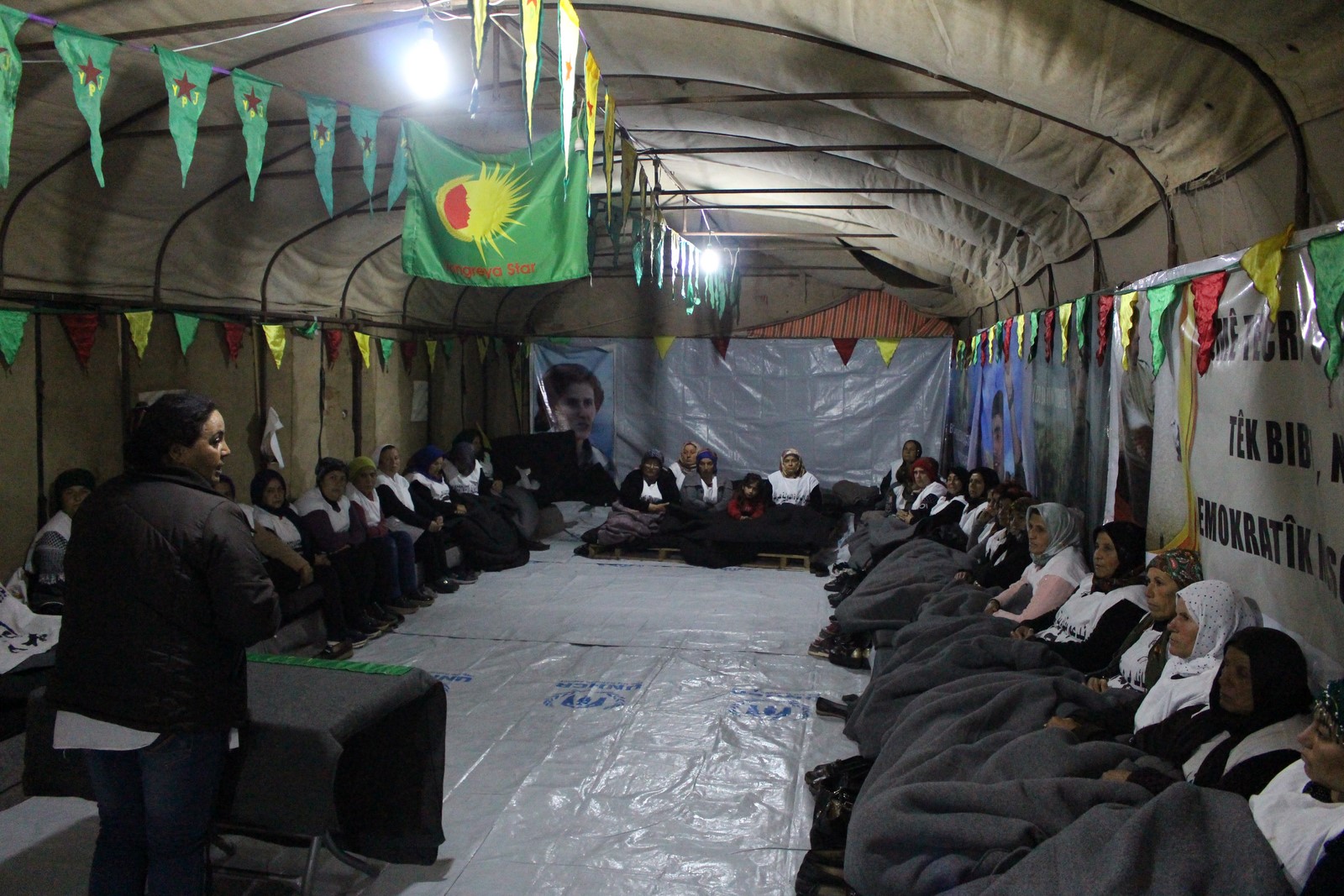 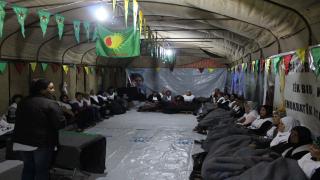 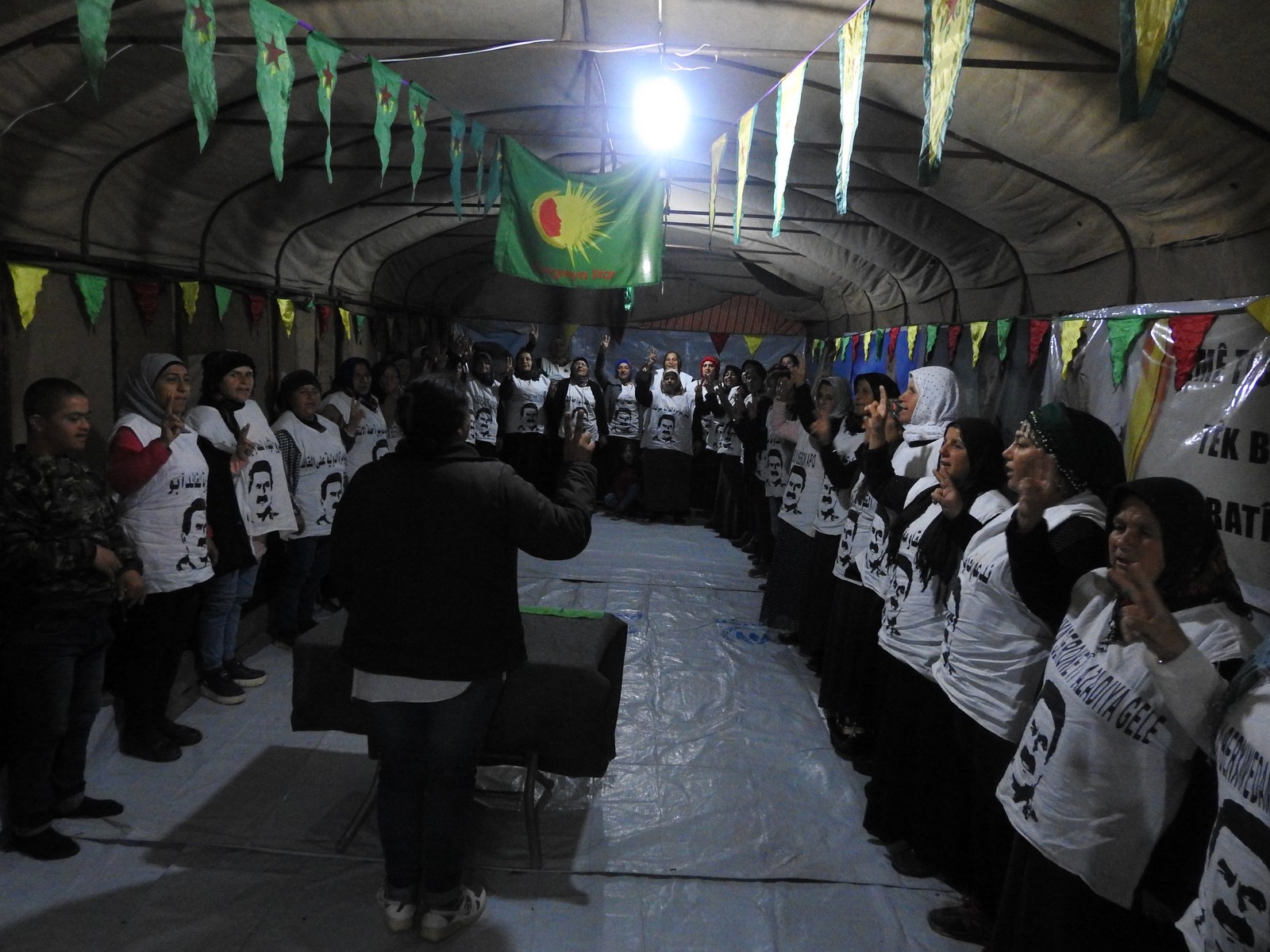 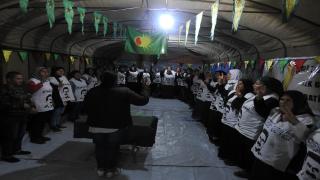 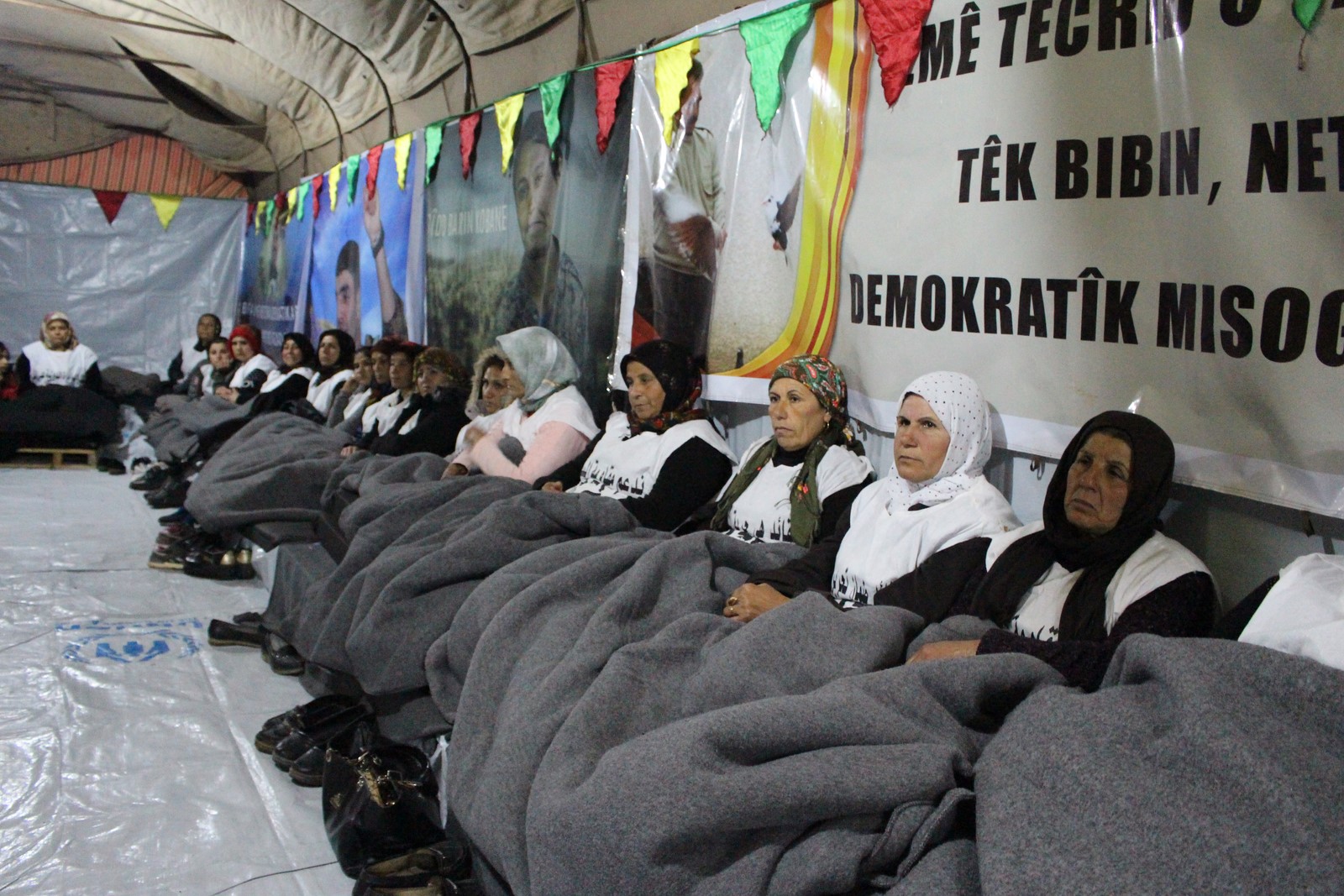 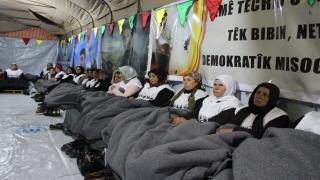 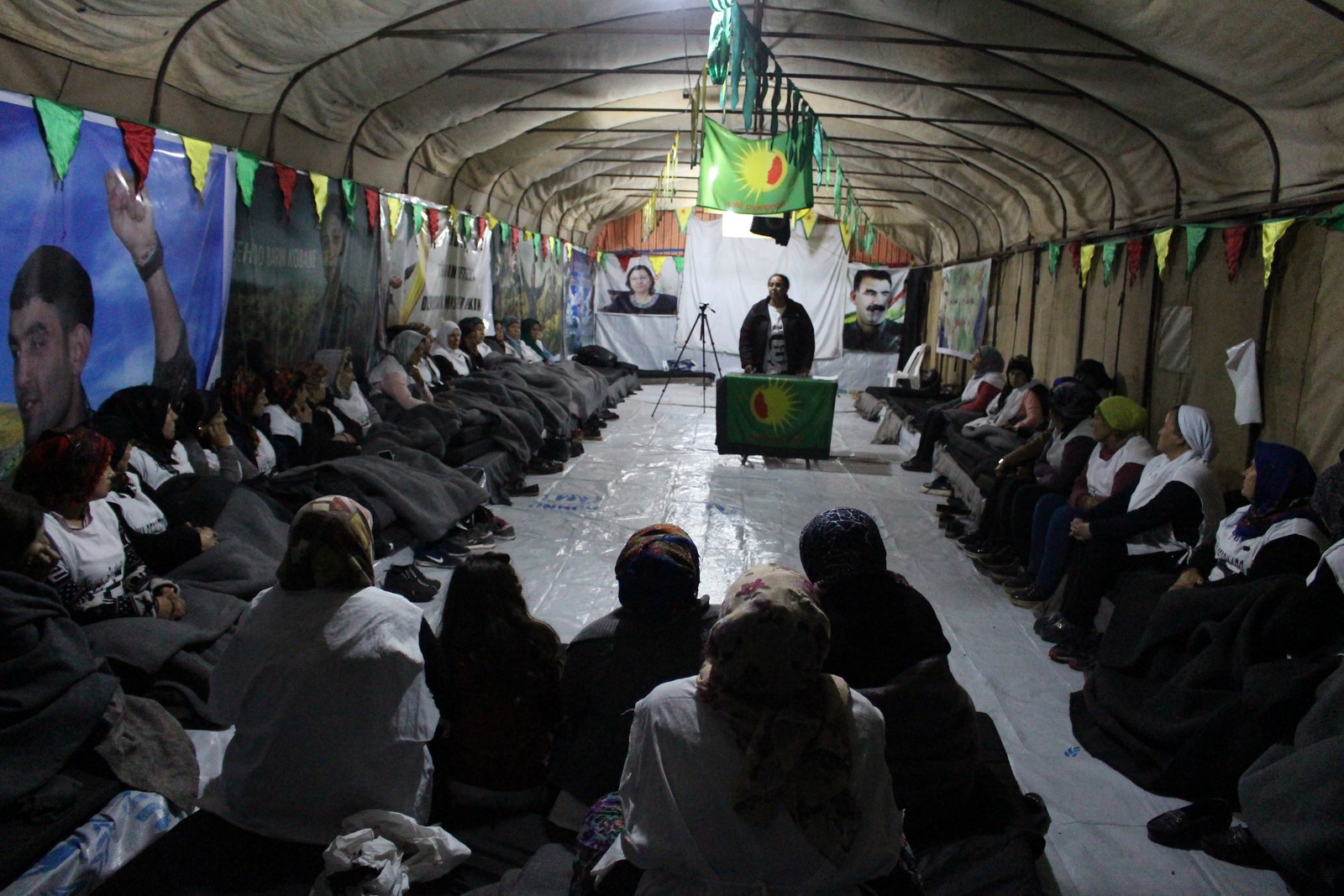 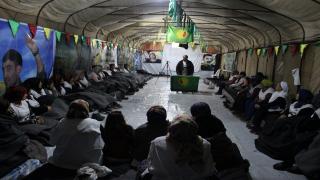 Member of the Kongra Star Coordination in the occupied Afrin region condemned the internatio...
Old Website