Gedo Steinberg, a German Middle East expert at SWP institute in Berlin, said in an interview with Germany's "Deutsche Welle" network that it is not possible to predict how long the Putin-Erdogan agreed ceasefire in Moscow on March 5 will continue.

He confirmed that the Syrian government and its Russian and Iranian allies have decided to retake Idlib province, "All we see now is a retreat from Turkey and its allies. I think there will be attacks again during the summer, and the major offensive that began in April 2019 will eventually lead to a victory for Bashar al-Assad," he said.

He noted that the Coronavirus would not significantly affect Syrian government forces, but would affect refugees in the camps.

In response to a question  about NATO's intervention alongside Turkey to protect Idlib, Steinberg said, "The Europeans have only a humanitarian responsibility, through measures to help, but this civil war ended years ago.

NATO and the EU do not want to intervene, especially under the Corona pandemic. We also see that Turkey, in recent years, is promoting extremists in Syria, or the so-called "Hayat Tahrir Al Sham", which governs Idlib, which is made up of elements of the " Jabhat Al-Nusra ", it would not be right for the West to intervene alongside such a group, and the rebels are now increasing the suffering of the people." he said.

"HTS' is on the terrorist list in many countries, including Germany. For good reason, the rebels' attempt to control Idlib and their support from Turkey is prolonging the suffering of the people. Of course, the Assad regime is primarily responsible for the civil war outbreak, the majority of victims and brutal war crimes, yet this conflict can no longer be won.

In the early days of the war, the FSA showed how such situations should be acted upon, i.e., at that time, when the Assad regime marched to their places in Homs (i.e., FSA areas), there were concerns for the people, the rebels withdrew so that the civilian population would not become the focus of the regime's attack. Yet this is the course of action that is now supposed to be followed, yet such a policy cannot be expected from Turkey and its allies." 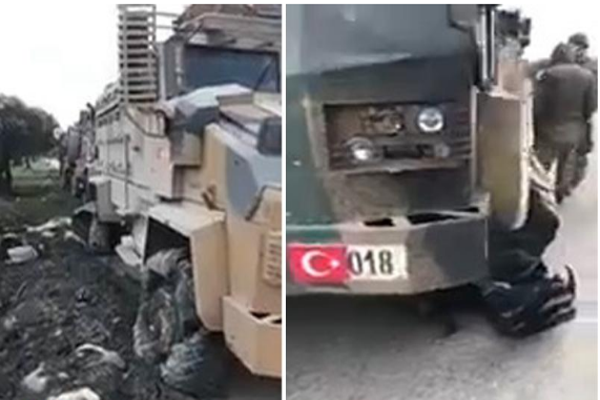 "It's pretty clear that Assad will control the province, so the question of the rebels future  will be raised in any case. I think the only solution is their flight to Turkey, which is responsible for the victory of the extremists it supports over the Syrian rebels since 2013,". Turkey will therefore have to accept these people and receive an increasing number of refugees as well, regardless of the possible scenario, the wave of escape cannot be prevented, people will flee to Turkey, and the only question is whether Turkey will open the border."he said.

"Since 2015, there has been a new priority in Turkey's Syria policy, Turkey's goal of suppressing the YPG, which has a state-like structure,". Erdogan's government is still trying to support the rebels for controlling and achieving his policy in Syria to participate in any political settlement in Syria. This policy- although the civil war has been resolved – is the cause of the Idlib disaster, which will worsen with the Corona pandemic in the country. Turkey can make the rebels stop fighting the Assad regime, but it does not want to, to save the remnants of its Syria policy that will lose this conflict." he said.