Afrin city has been beset brutal practices since its occupation on March 18th, 2018 against remaining indigenous residents

Turkish occupation and some others, including the so-called National Kurdish Council ENKS, seek to exploit Afrin IDPs and break the resistance of the people in Shahba district, which has come to expose the reality of the Turkish state to the international community.

In the past few days, mercenaries from Tahrir al - Sham (formerly Jabhet al-al-Nusra) in occupied Afrin, along with ISIS elements, have appeared to be stationed on several sides of Afrin, as confirmed by Gabriel Mustafa, that the Afrin city has become a hotbed of extremist mercenaries. 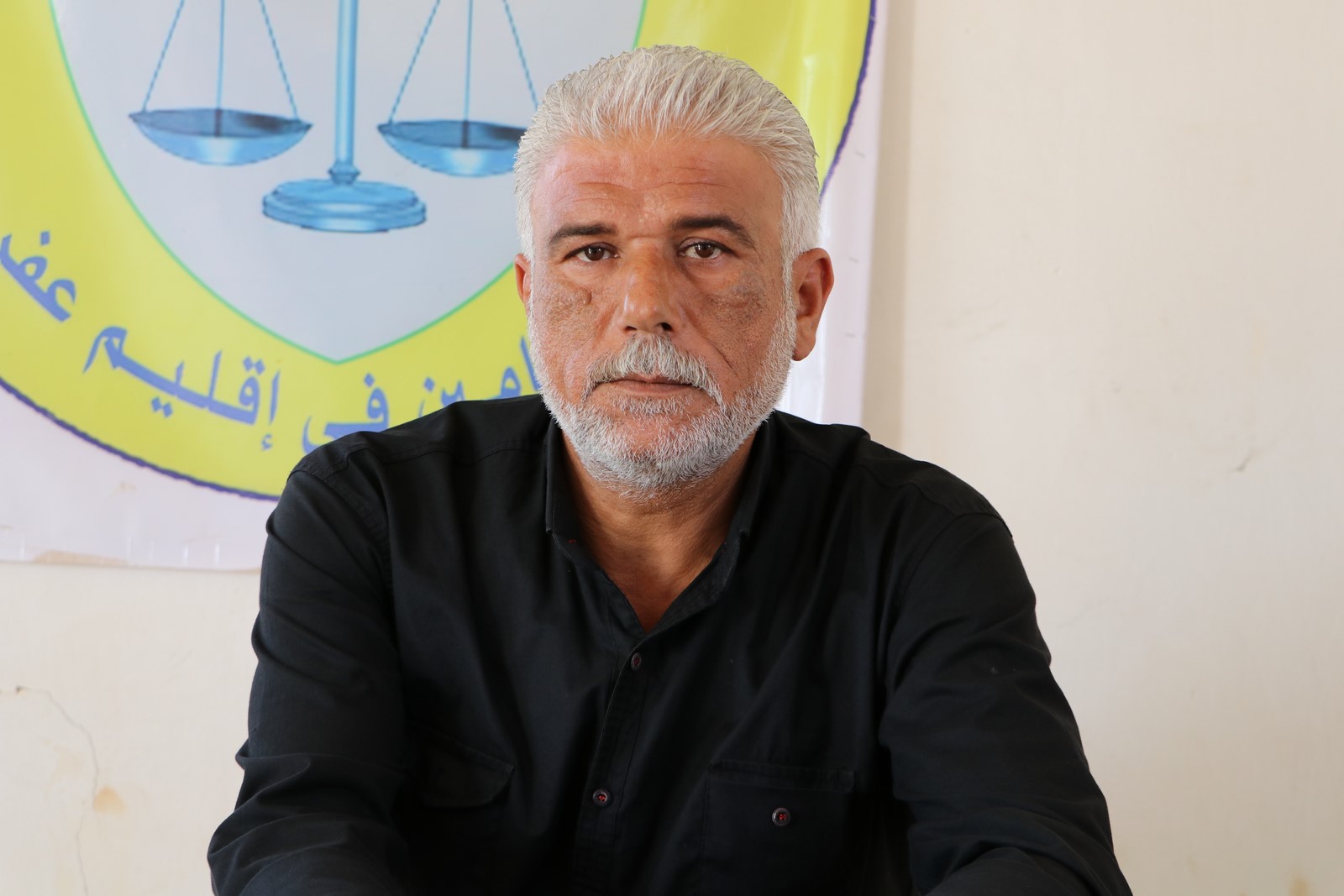 In this regard, Gabriel Mustafa said that Turkey, through its crimes against civilians, had become a State that violates the international law and must be held legally accountable.

Mustafa noted that the crimes committed in Afrin were systematic and organized, primarily supervised by Turkish intelligence, such as murder, kidnapping, seizure of civilian property, rape of women, stealing of monuments and destruction of archaeological sites.

Mustafa added that what had happened and what happens in Afrin is considered genocide crimes, and crimes against humanity, noting," Due to horrible crimes that committed in Afrin we can no longer to find suitable describe to the crimes and a legal text for them."

Mustafa drew attention to the fact that the National Council had repeatedly tried to justify those crimes against civilians in Afrin, under the leadership of the so-called ENKS Abdul Hakim Bashar.

He touched upon the terrorist groups recently mobilized by Turkey in the Afrin canton's villages, saying," During this sensitive stage, after a disagreement between the so - called" Resolve Operation "and the formation of the Syrian Liberation Council Chamber, Turkey sent more than 1,000 mercenaries from Tahrir al - Sham (formerly Jebhat al- Nusra) to Afrin and its countryside.

He went on to say that "International interests remain in force, and there is official international support and agreements with Hayat Tahrir al-Sham mercenaries, evidenced by the fact that a group of American journalists met with the leader of Hayat Tahrir al-Sham (Abi Mohammed al-Gulani), as well as the presence of a foreign intelligence committee and its meeting with the Gulani, noting that Afrin has become a safe haven for extremist terrorist groups.

Gabriel Mustafa stressed at the end of his speech that the Turkish occupation aims, through all these crimes, to bring about demographic change processes, restore the ambitions of the Ottomans, and implement the so-called Misak-ı Millî.

​​​​​​​Saleh Muslim said that if the Justice and Development party AKP launche...

Politicians' displeasure with PDK: Do not become tool at Turkish State hands

Politicians Rojava expressed their indignation at the Kurdistan Democratic Party, which stan...