Hundreds of people from Afrin region gathered in front of Afrin Hospital in Fafin district, Al-Shahba canton, to participate in the funeral ceremony of the martyr Muslim Karrouji.

The people went to the shrine of the martyrs in Ahras district. Upon their arrival, they stood a minute of silence, after which a speech was made in the name of the Martyrs’ Families Council, the member Khalil Issa, who started it by offering condolences to the families of the martyr, and wished them patience and solace.

As he continued by saying: We must raise the pace of struggle and resistance to return to Afrin and expel the occupation.

Then she delivered, in the name of the Autonomous Administration of Afrin region, co-chair of the Economic Authority and responsible for women's affairs, pointing out a word in which he said: “From here the battlefield to the battle fronts, we salute the fighters who resist and oppose the occupation, and continue to struggle for the freedom of their people.”

Noting, "This sensitive stage we are going through is one of the most difficult stages. The enemy is attacking us with military war, so we must be careful and aware."

During the ceremony, Martyrs’ Families Council also announced the record of the two martyrs, Ibrahim Ismail, his nom de guerre, Guevara Afrin, and Khalil Othman, his nom de guerre, Irrish Afrin, who were martyred in the first phase of the Resistance of the Age.

After that, the documents of the martyrs were read by the two members of Families of the Martyrs Council, Ronahi Oso and Samia Haj Ahmed, and handed over to their families. 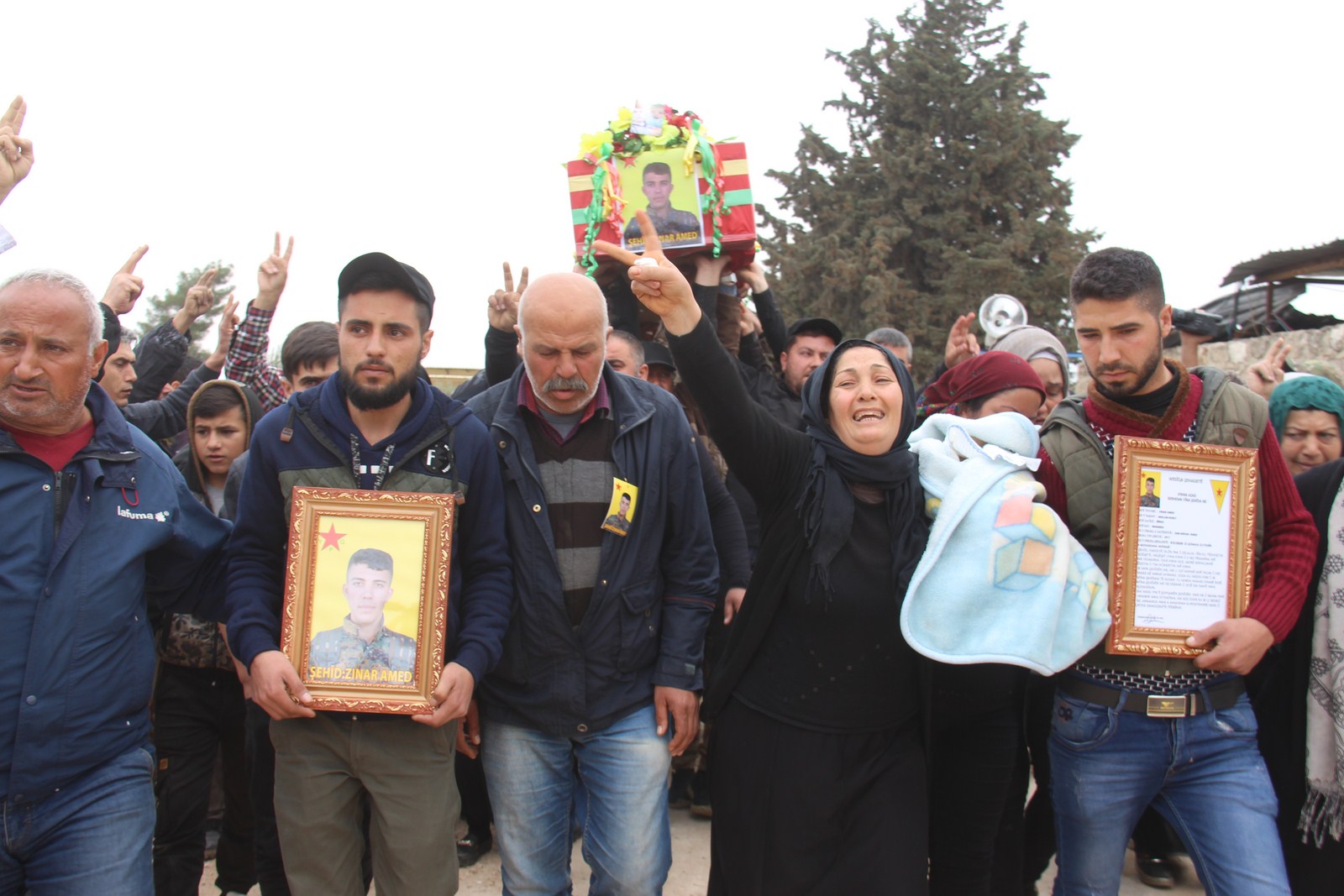 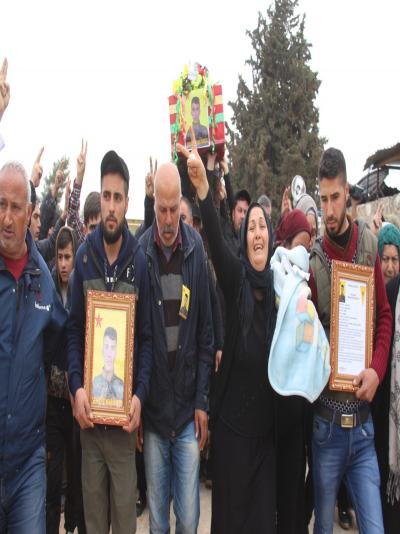 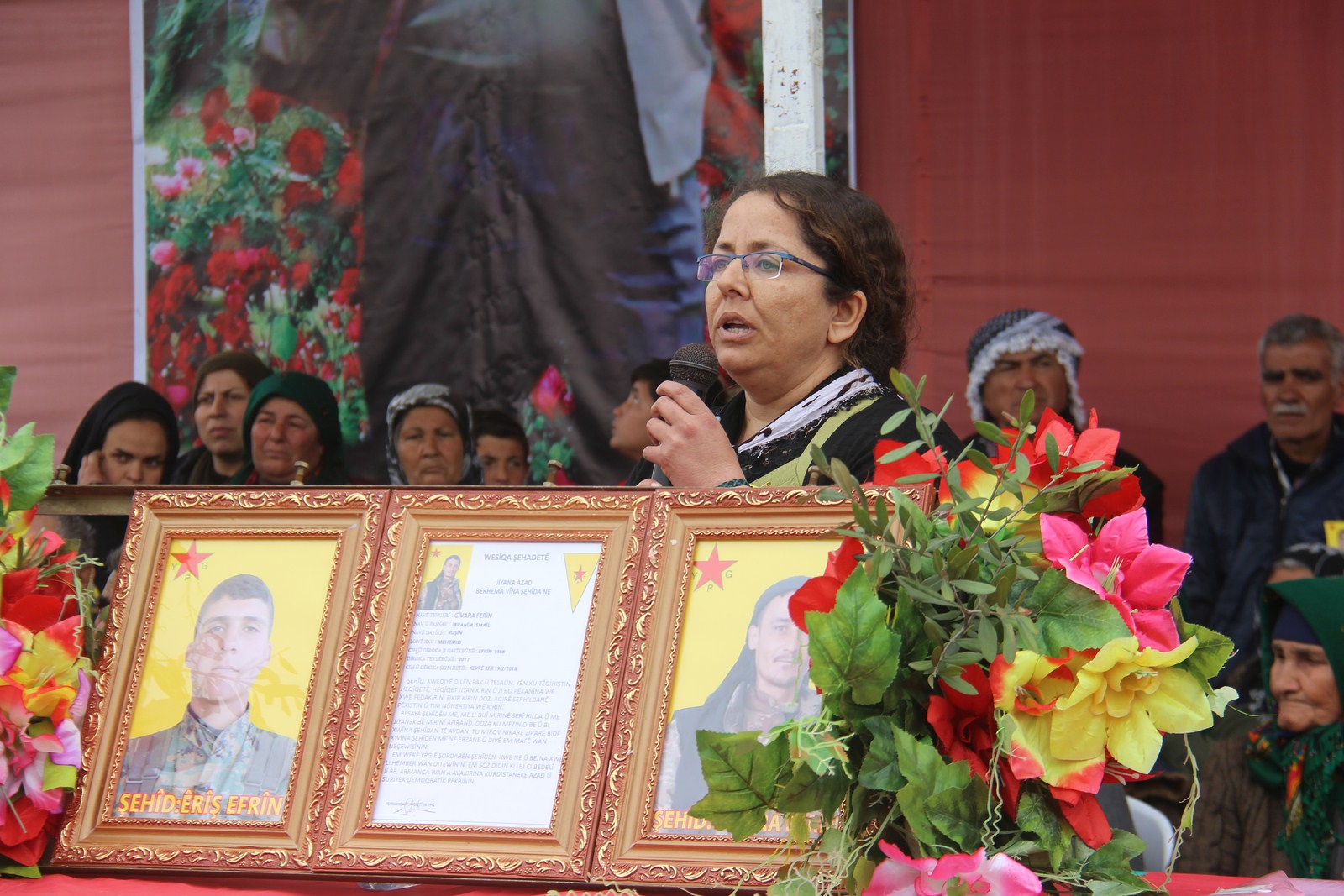 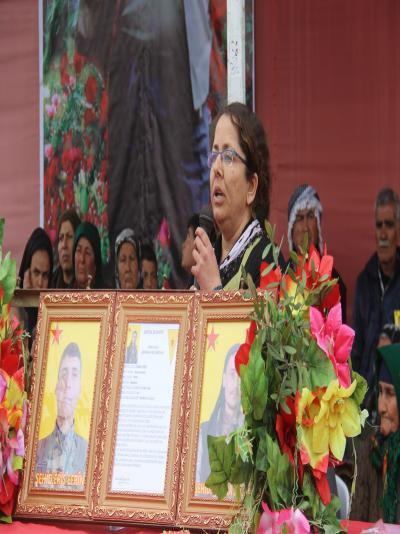 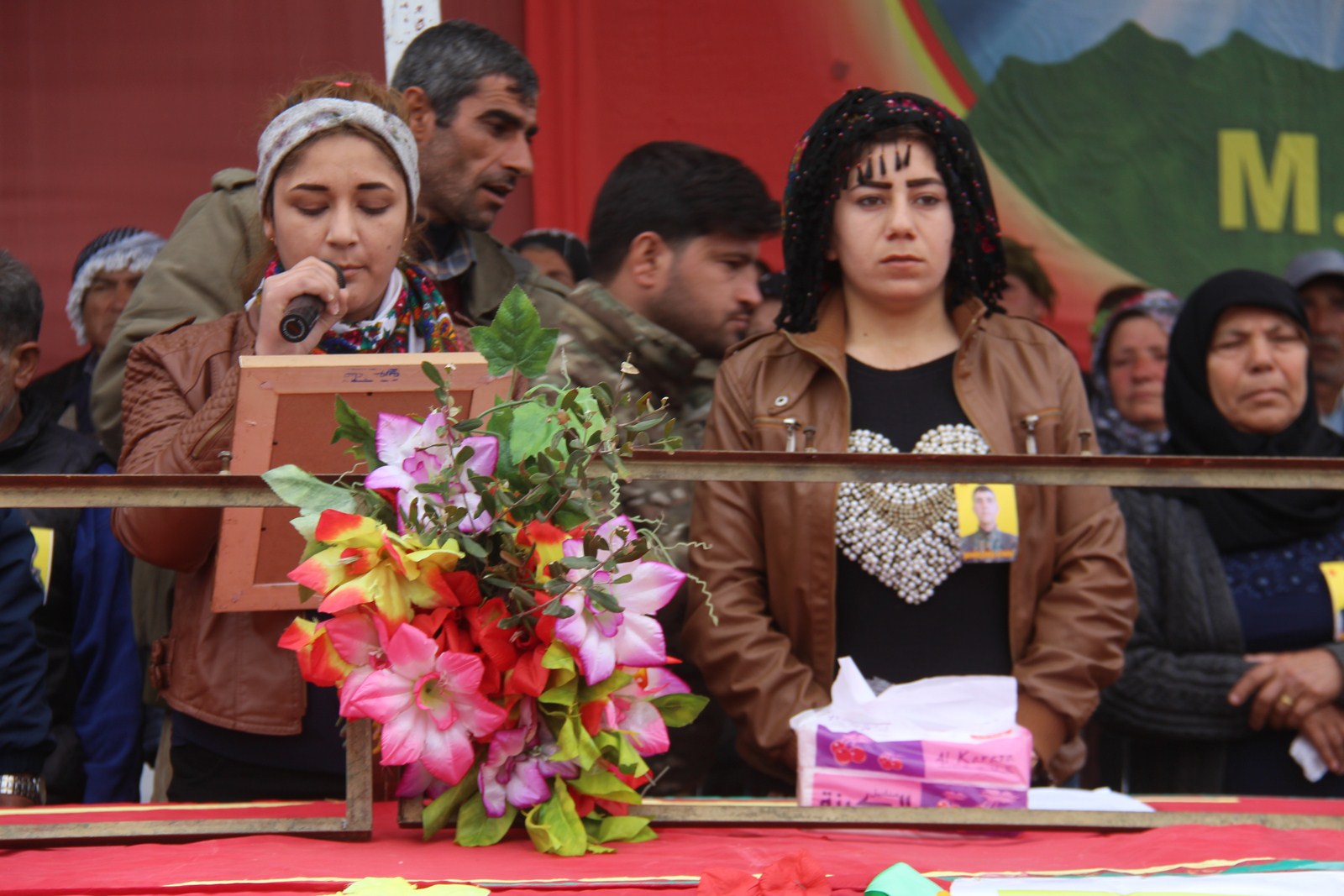 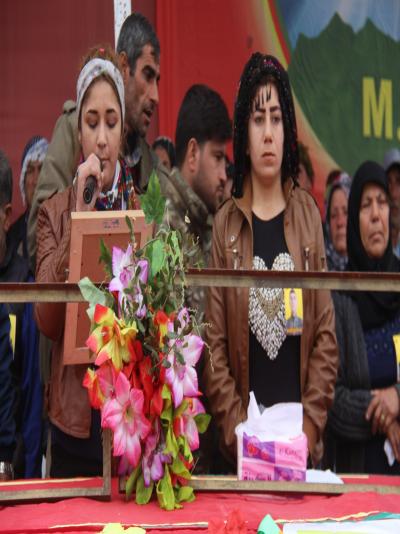 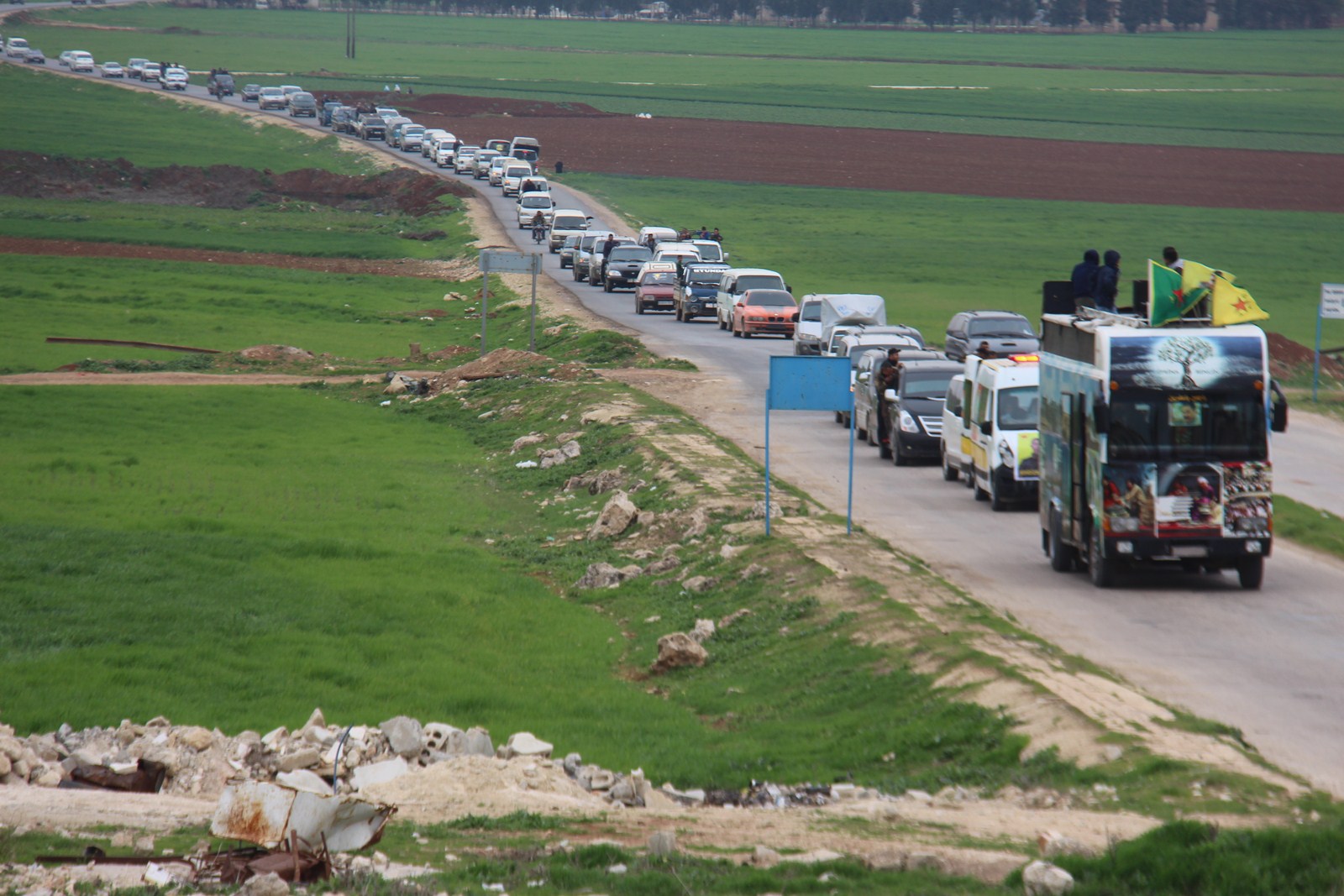 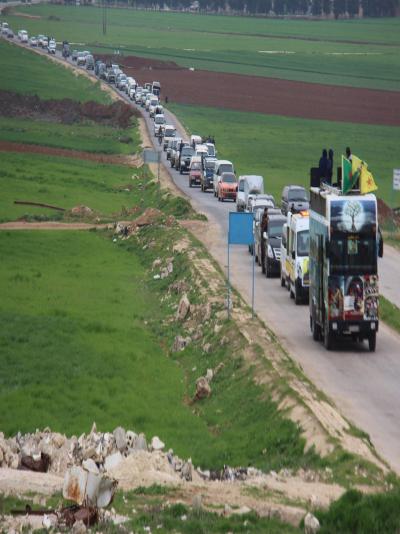 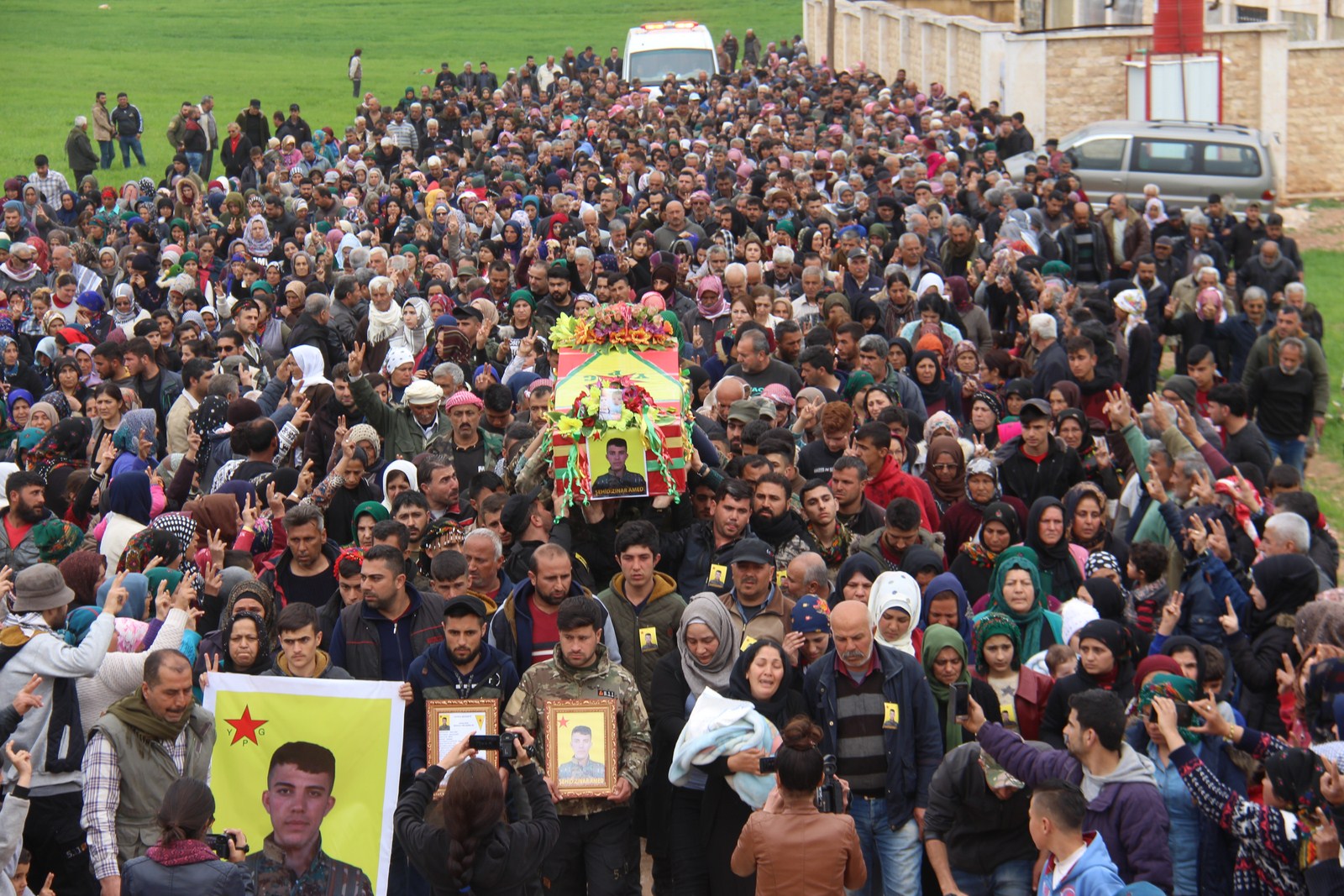 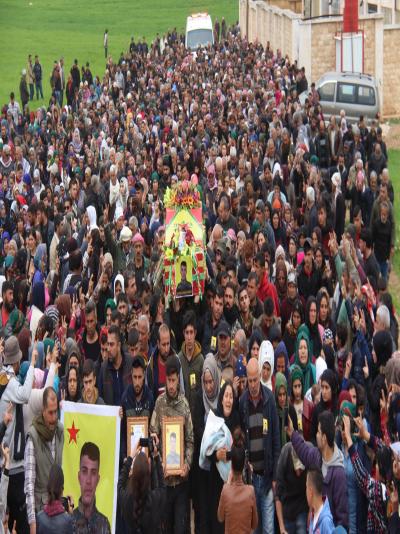 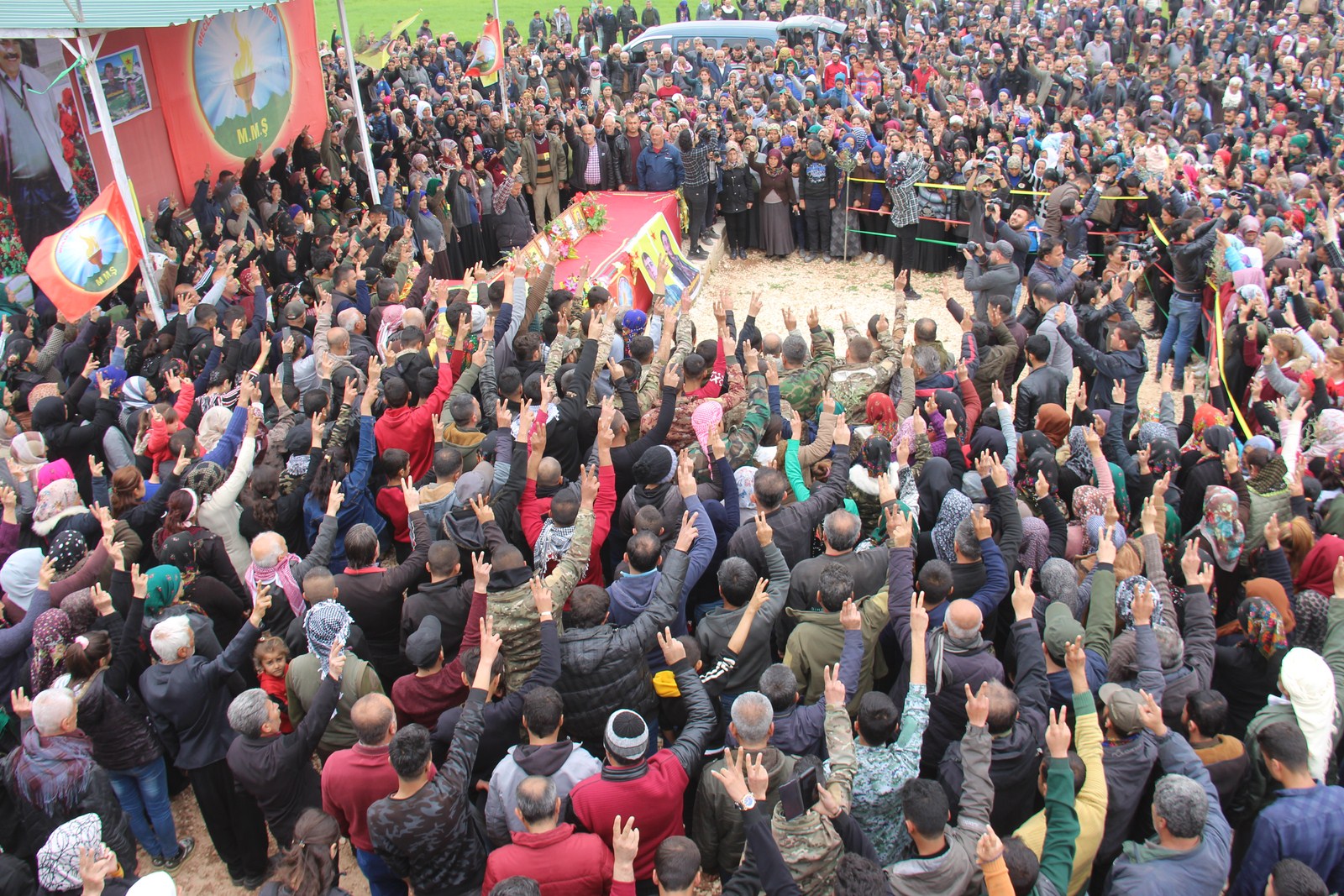 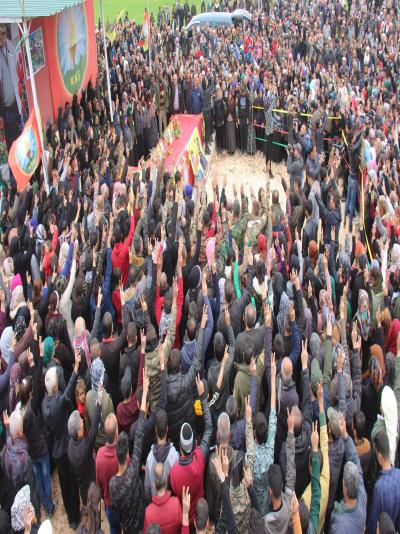