After that, a speech was delivered by the administrator of the Free Women Union in al-Shahba canton Nariman Hussain and she blessed International Women's Day for all the women who fought for women's freedom.

Nariman continued her speech: "The spark of the women that had been launched never fell, but rather flared up in all parts of the world. Resisting women was never easy, but was and still faces all forms of violence, persecution and murder as well. Therefore, March 8th is a platform for struggle." In order to claim the rights of women, whose strength was derived from the ideology of the leader Abdullah Ocalan's philosophy. "

The speech of Kongra Star was delivered by a coordinating member of  Kongra Star in al-Shahba canton, Zalukh Rashid, in which she emphasized that women must reorganize society away from the influence of ruling and authoritarian regimes based on the principles and values of the maternity stage, so You must reconsider political, philosophical, economic, artistic, scientific, diplomatic, and fundamental protection systems concepts, and build society according to principles and values, because we see the twenty-first century as a century of building and emancipation of women, and this is why March 8, 2020 is characterized by particularity and importance. 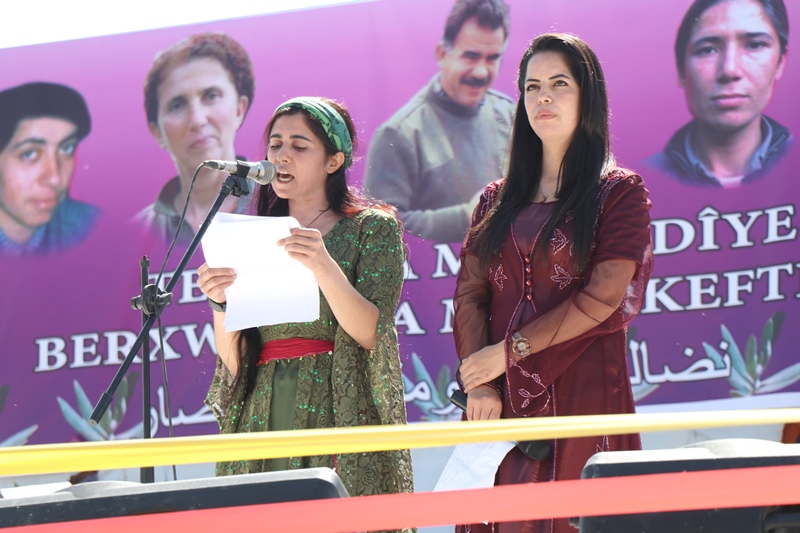 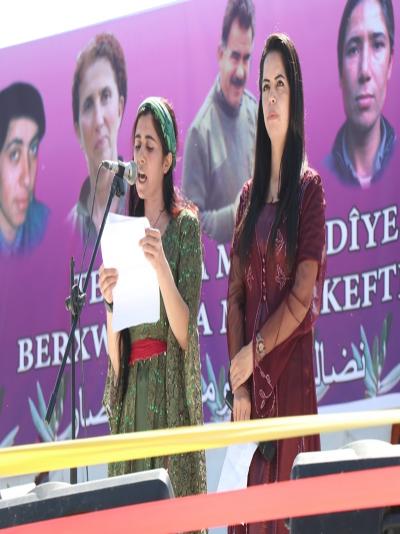 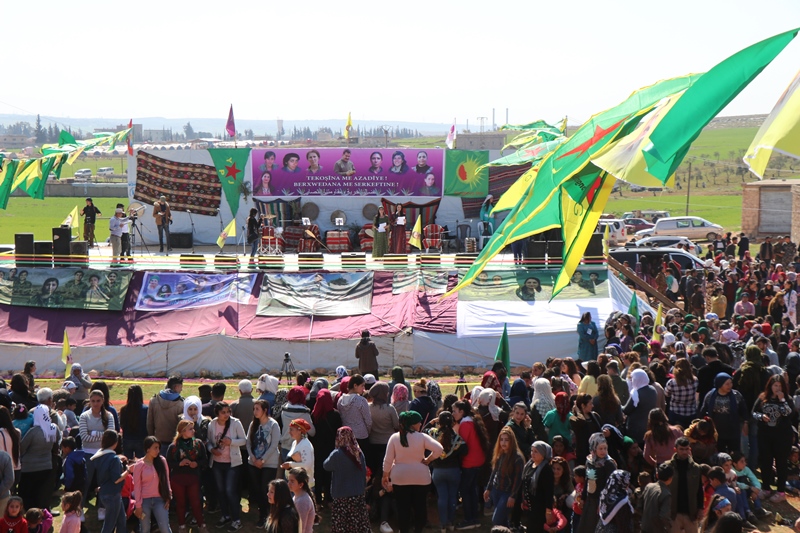 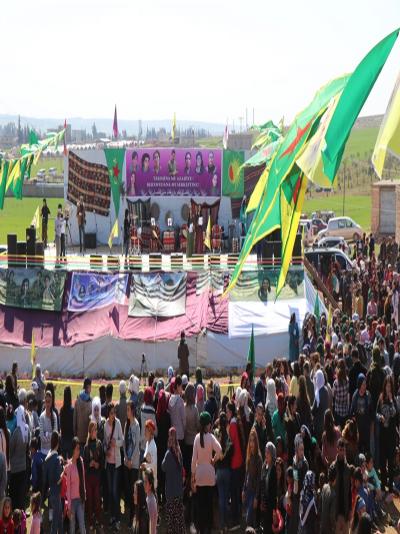 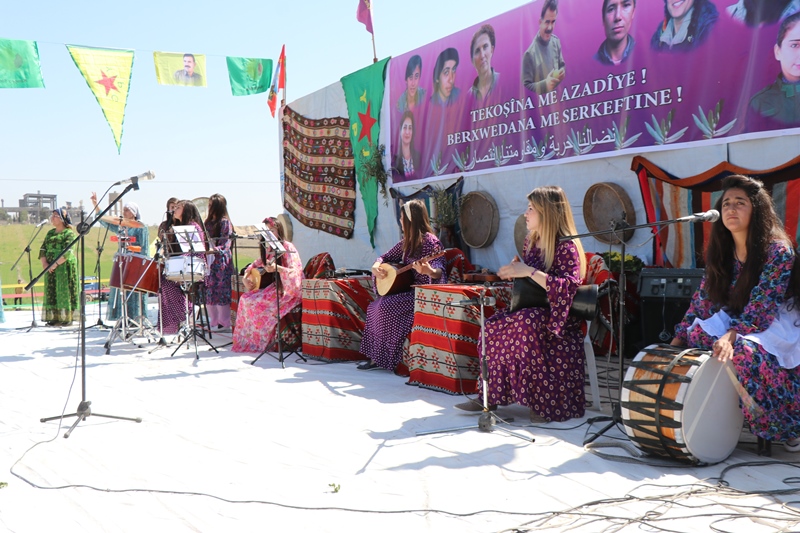 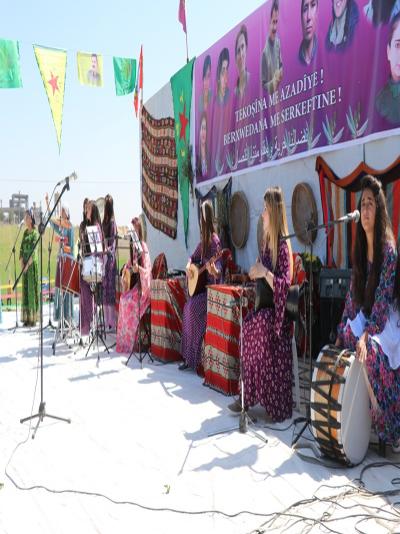 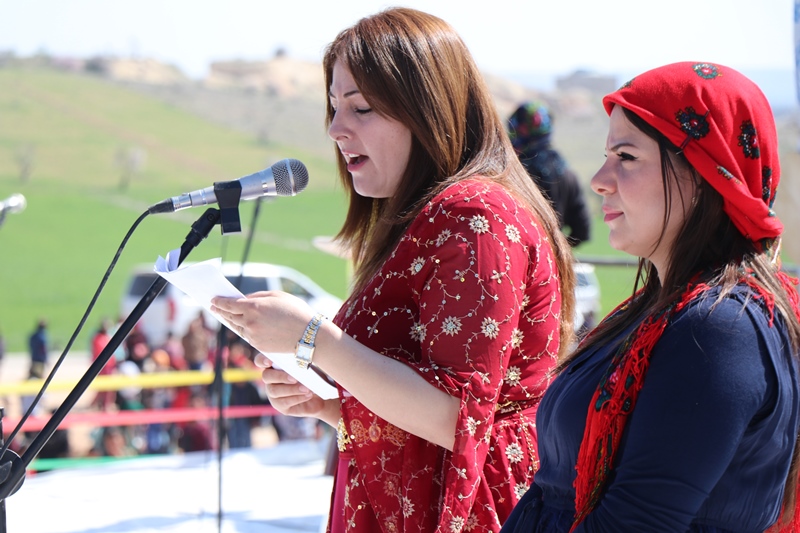 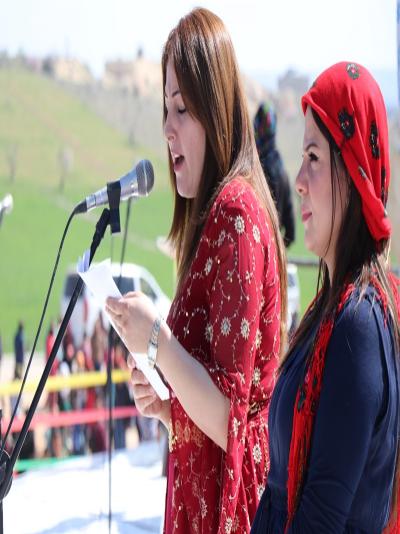 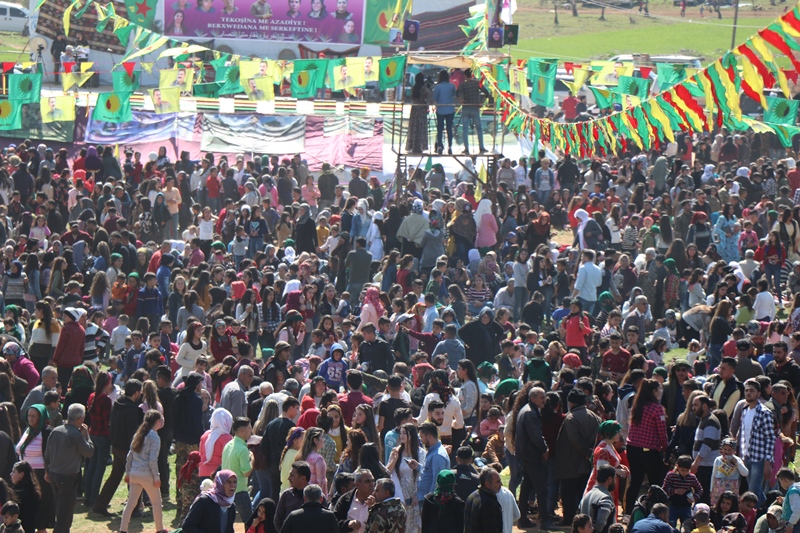 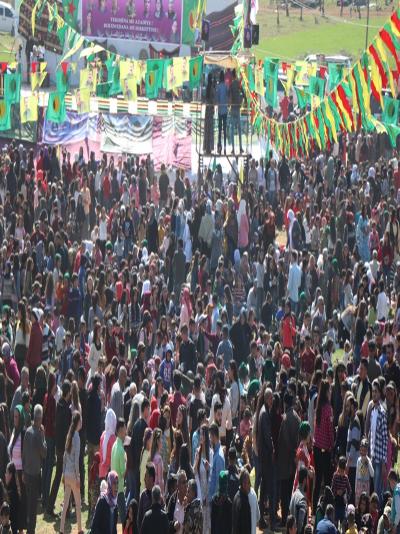 The sewing workshop of the martyr, Sakina Assalia in Manbij is working on manufacturing the ...

The Women Council in north and east Syria congratulated the Assyrian-Syriac people and wishe...
Old Website