Massive fires have broken out recently at the crops in al-Jazeera and the Euphrates regions since the start of the barley and wheat crop harvest. This phenomenon is unusual and is viewed by farmers and parents as deliberate fires where fires occur daily.

Today, during the preparation of a report on the fires in the area of ​​Tel Hamis, a fire broke out again south of Damerji in the village of Margana heading south and burned down 400 dunums of barley. Had not firefighters intervened, the span of ​fire would have doubled.

Hamoud al-Hamza, a resident of the village of Damerji explained, "The fire caught on Wednesday in my crop suddenly." al-Hamzah thanked the concerned authorities, who sent a group of firefighters, who hardly extinguished it, and pointed out that the area consumed by fire from his land estimates at 26 hectares, about 260 dunums, out of 300 dunums. As for the suspicions about the fires, al-Hamza said: "The sudden outbreak of fire on the ground and in more than one place is questionable."

Mahmoud Haj Ali, one of the people affected by the fire from Om Izam Hareth, said on Wednesday: "As fire broke out in my land, it moved from one place to another, we were at the northern end, and suddenly fire began again at the southern end, I wondered how the fire reached the south, we were puzzled, as if there were deliberate hands to ignite these fires, and do this disgraceful act."

The farmer Abdul Ghani al-Abbawi said in front of the flames that are burning agricultural crops every day and at the same time, "This act is fabricated," assuring that other neighboring villages were burned. 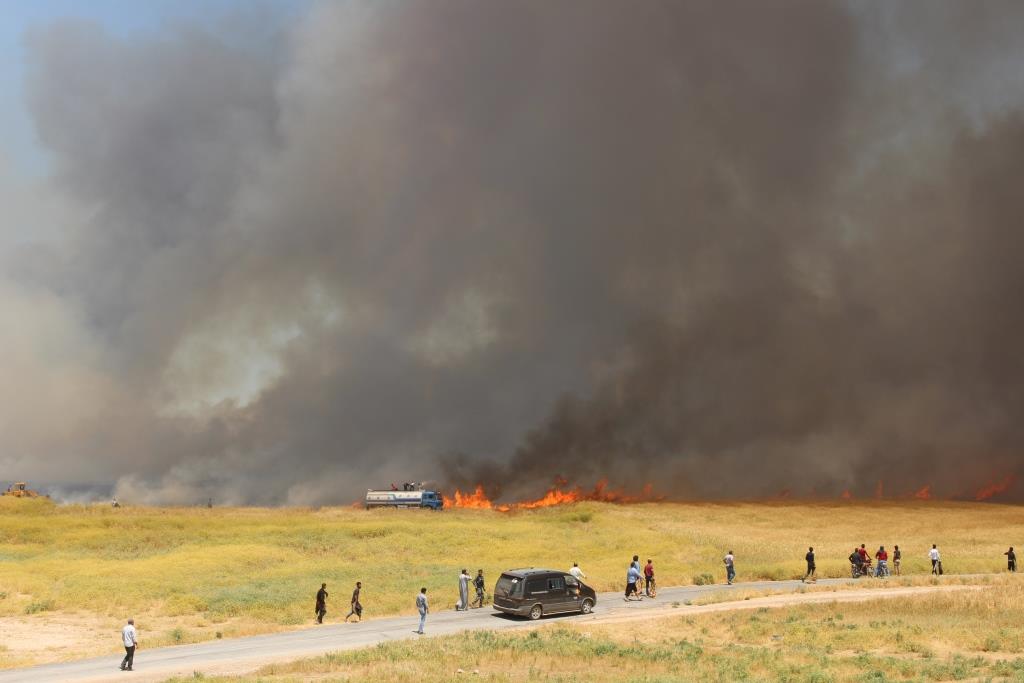 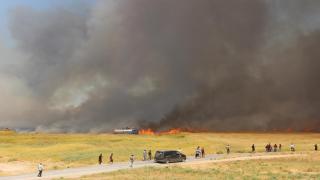 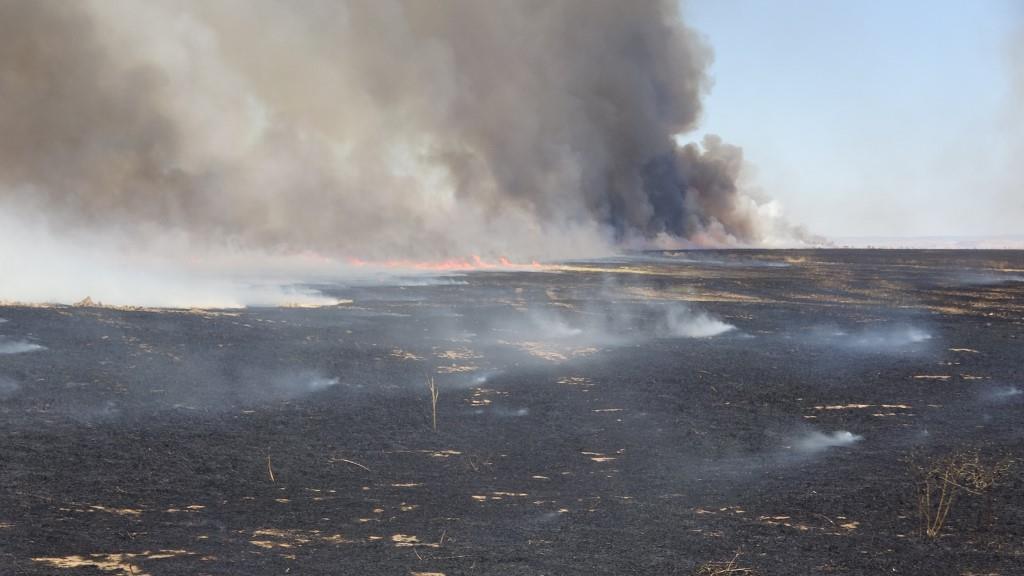 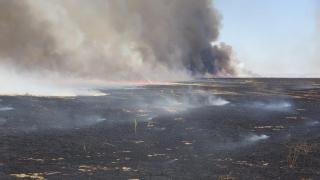 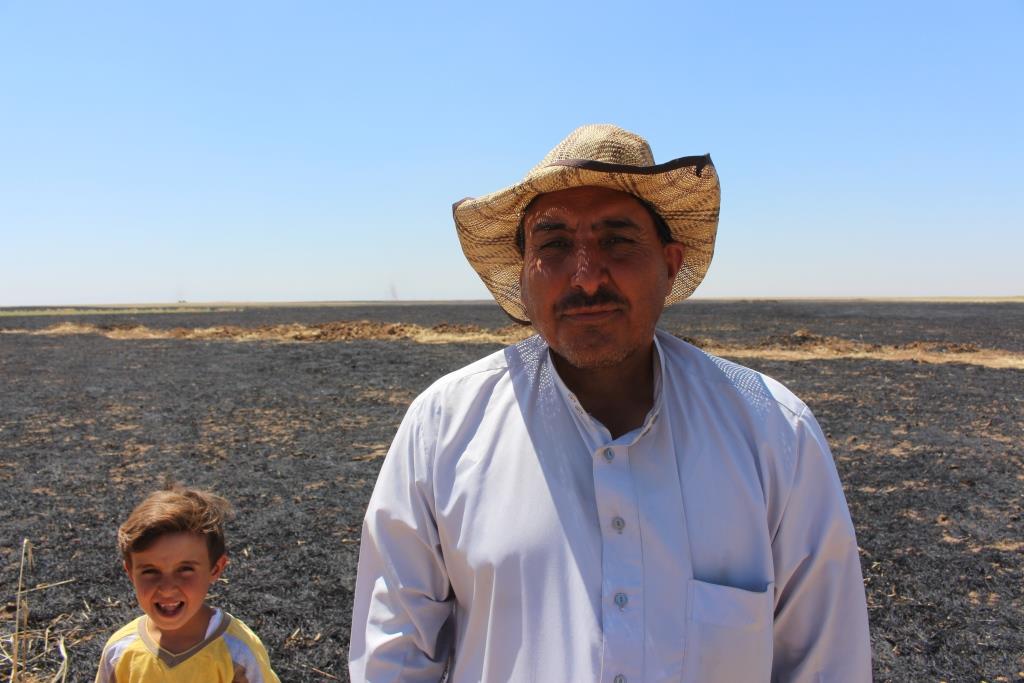 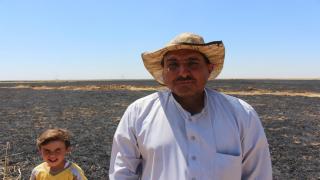 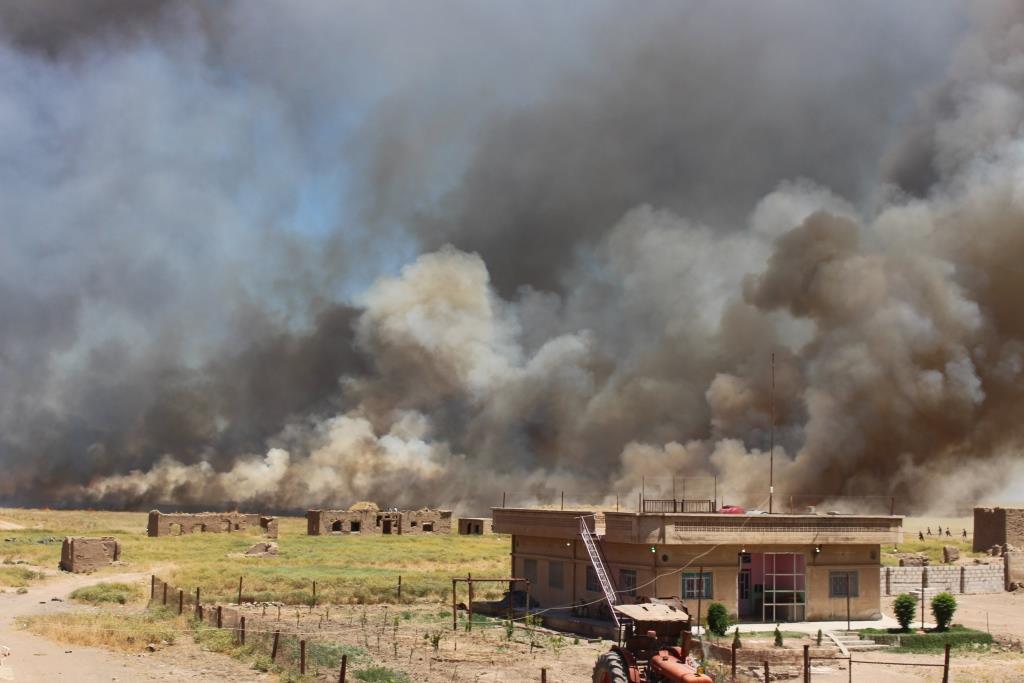 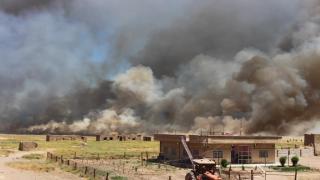 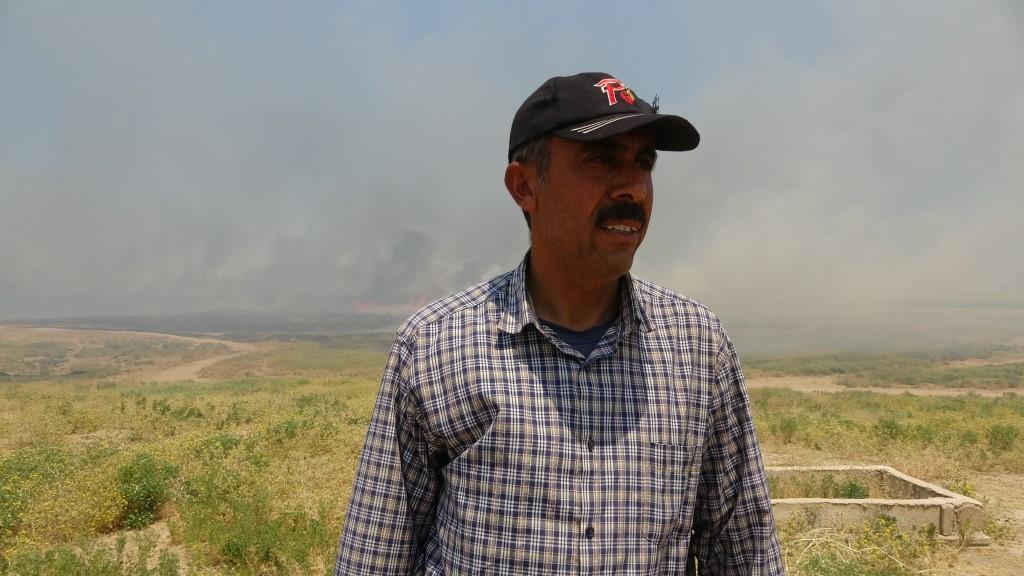 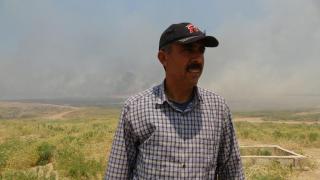 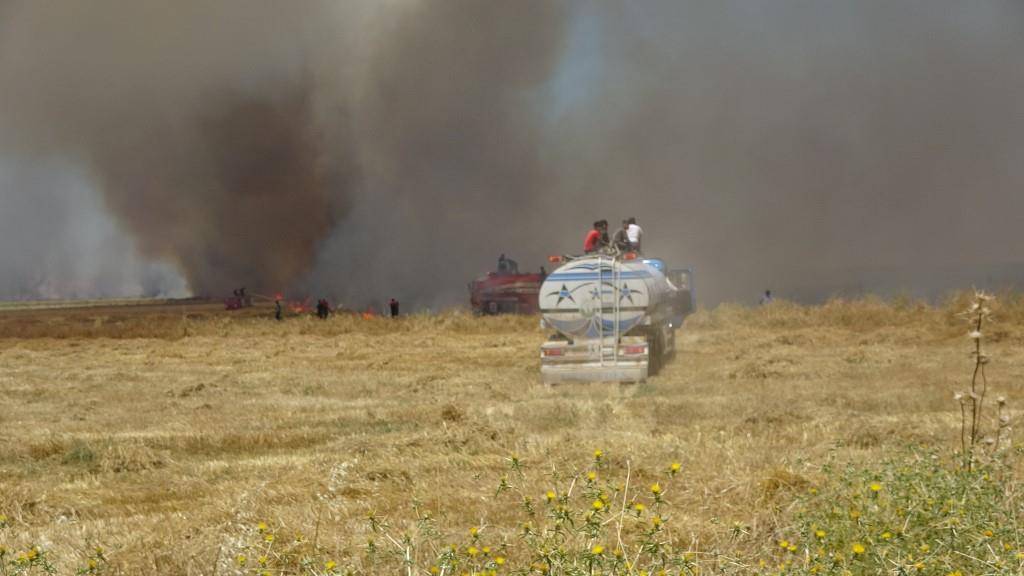 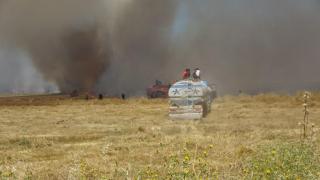 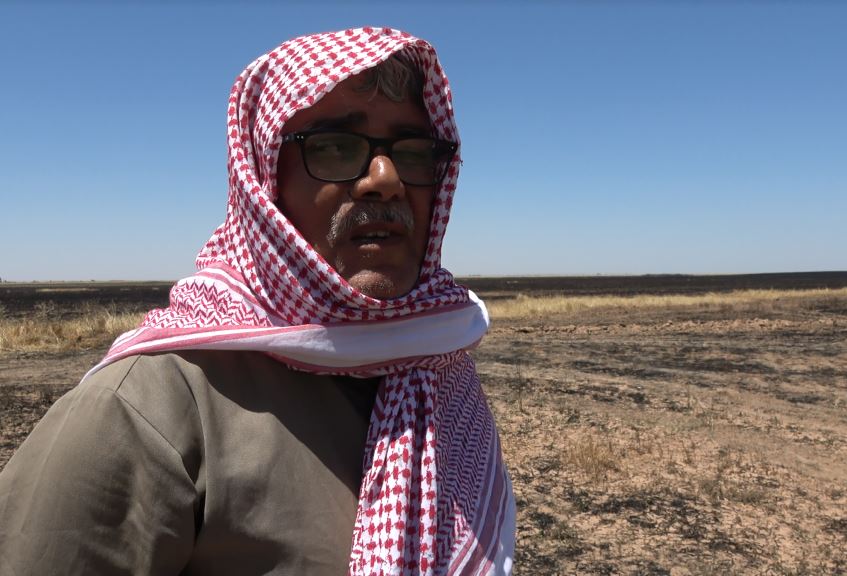 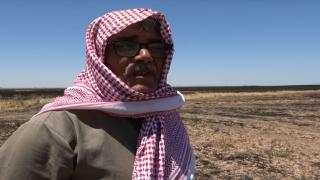 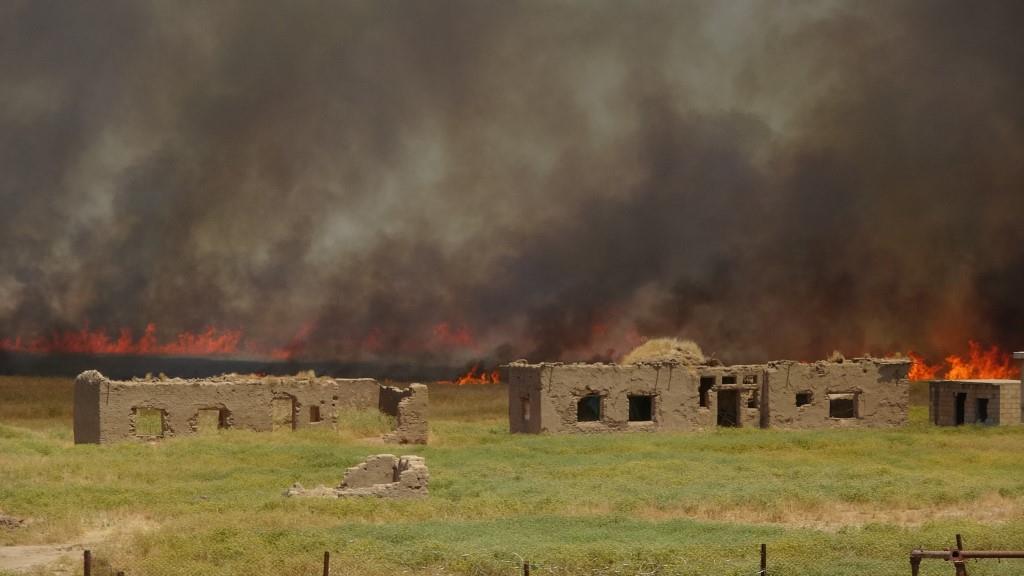 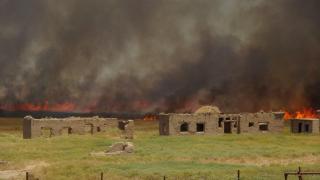