Sheikh Maqsoud neighborhood  underwent a fierce attack on February 16th ,2016 by the mercenaries of the national coalition from three axis: Sakan Al Shaqeef, Castilo Road in the north of Aleppo, Bustan Al Basha and Jandoul roundabout in the east of the neighborhood, Bani Zaid  and Al sakan Al Shababi and Al Ashrafia neighborhood in the west were targeted.

They targeted the civilians indiscriminately by using various types of heavy weapons, mortars, Al Fil rockets and gas cylinders. It killed  dozens of civilians, mostly women, children and the elderly and hundreds of injured to this day.

On the fourth anniversary of the attacks on Sheikh Maqsood neighborhood, Muhammed Ali Hazouri, one of the  neighborhood's residents, tells Hawar News Agency about these events.

"On February 20, more than 24 mercenary factions attacked and shelled fiercely and indiscriminately the neighborhood. It resulted in losing dozens of civilian their lives. No one was able to get out of the house," Hazouri said.

"On February 23rd,  the shelling started again on the northern side of the neighborhood. Two shells landed on my house, killing my children  (Abdelkarim, 26, Badr, 18, and Jodi was 14 years old), and my wife Hayat Marauni on the sunset," Hezouri said.

Hazouri is talking sorrowfully : "my eldest son, Abdul Karim, was injured in the left foot and his left hand was amputated. According to the medical examination, he had a broken bone in his foot. Four years ago he underwent a  treatment; he is no longer able to walk, he has a complete similar disability.  My daughter Judy was severely injured and Badr was injured by shrapnel in the intestines and bladder."

"I will not forget that date; it is a black day for our family " Hezouri said in pain.

Hazouri wanted to reach his message to the humanitarian organizations and associations, to help him to treat his injured children.

"The neighborhood people were able to counter mercenary attacks, many martyred and gave great sacrifices. Many civilian victims were killed in these brutal attacks, but thanks to the resilience we are now still in our homes," he said. 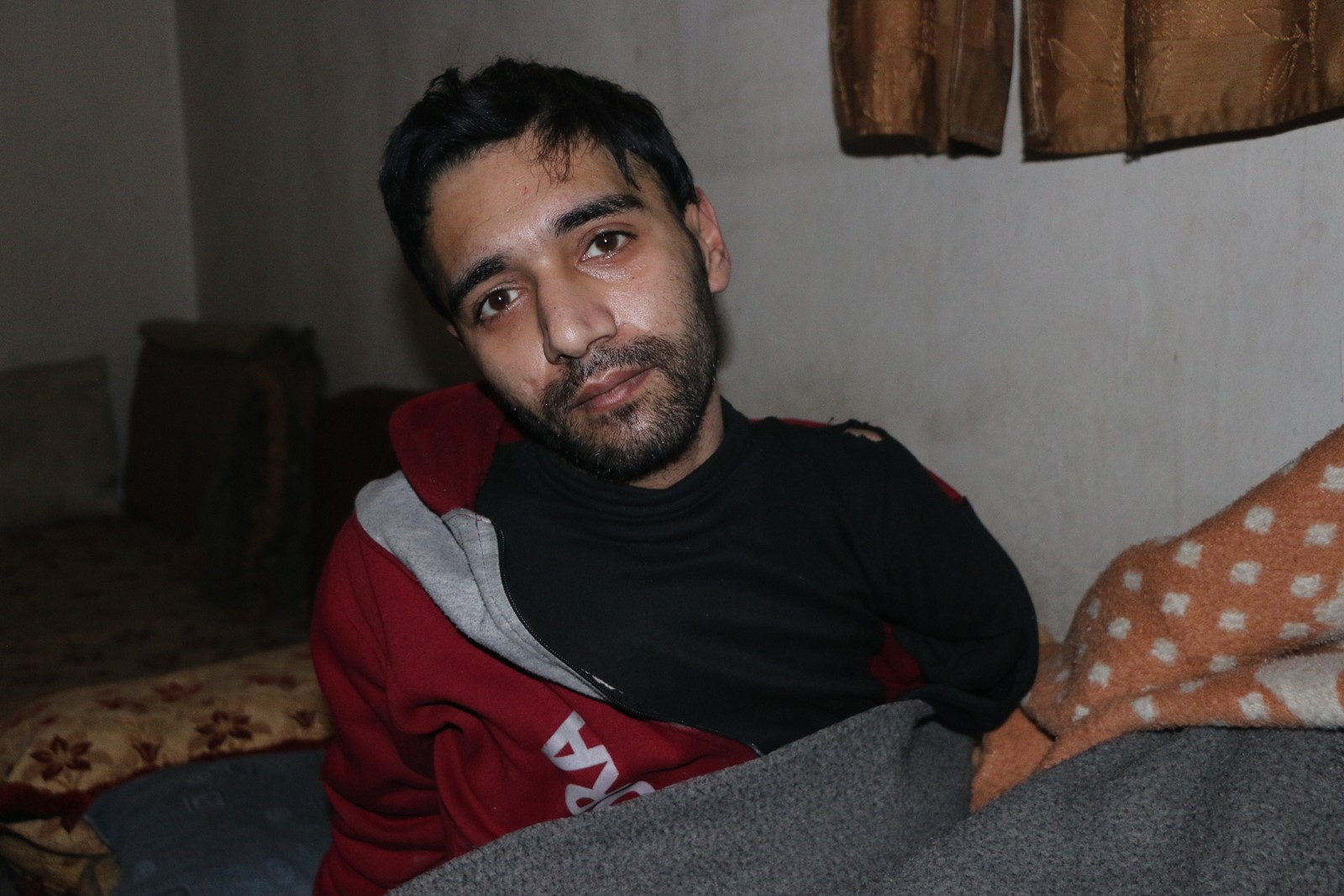 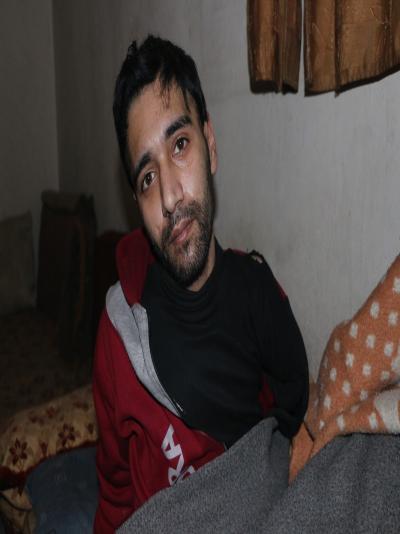 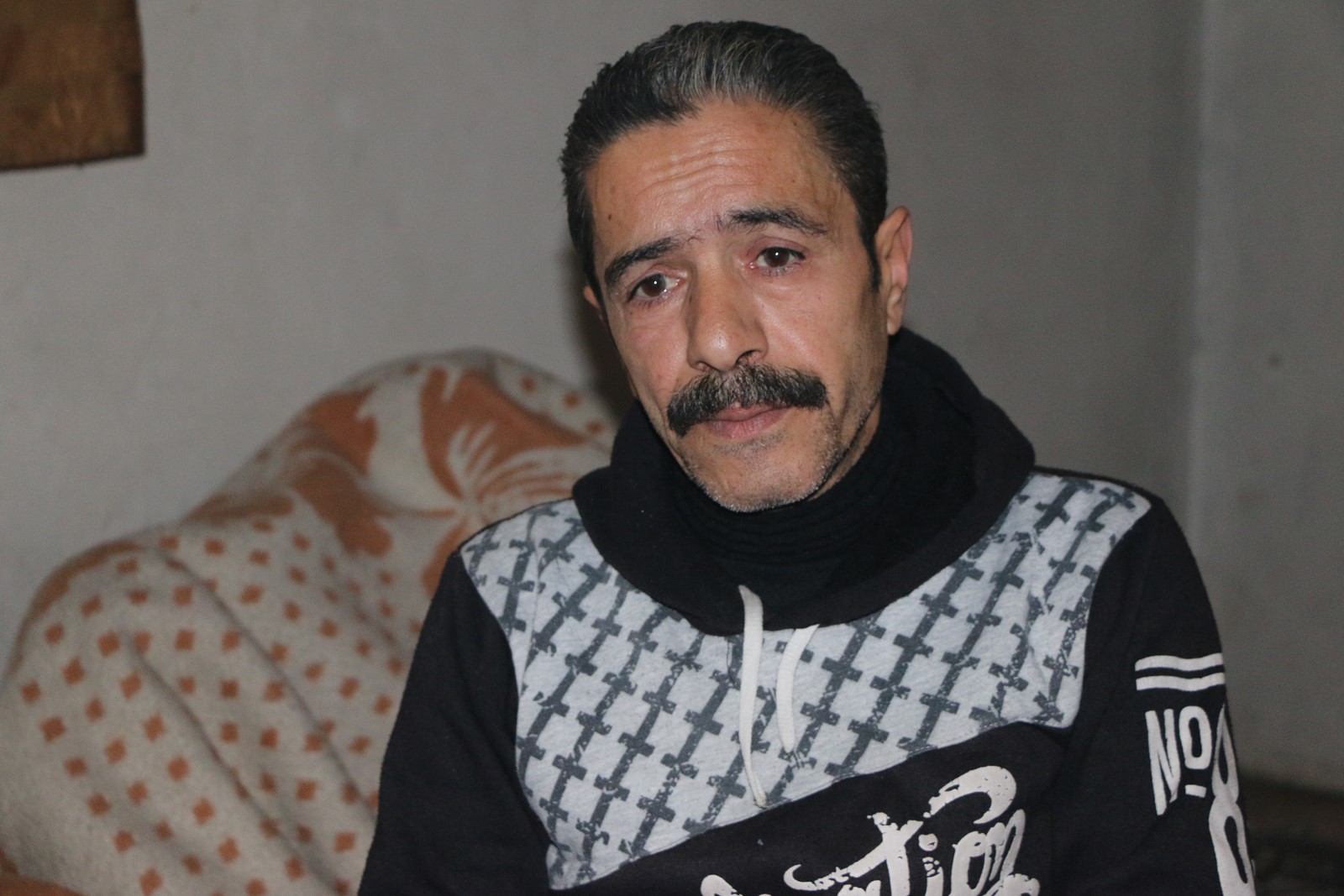 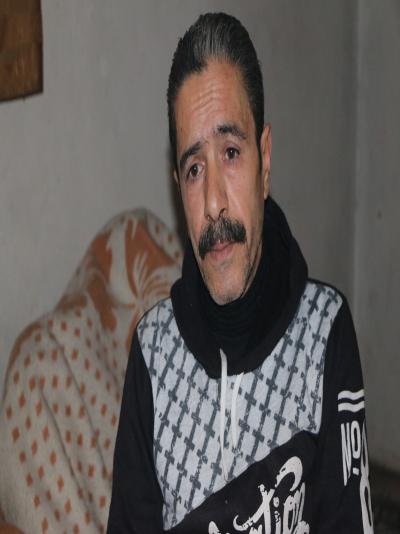 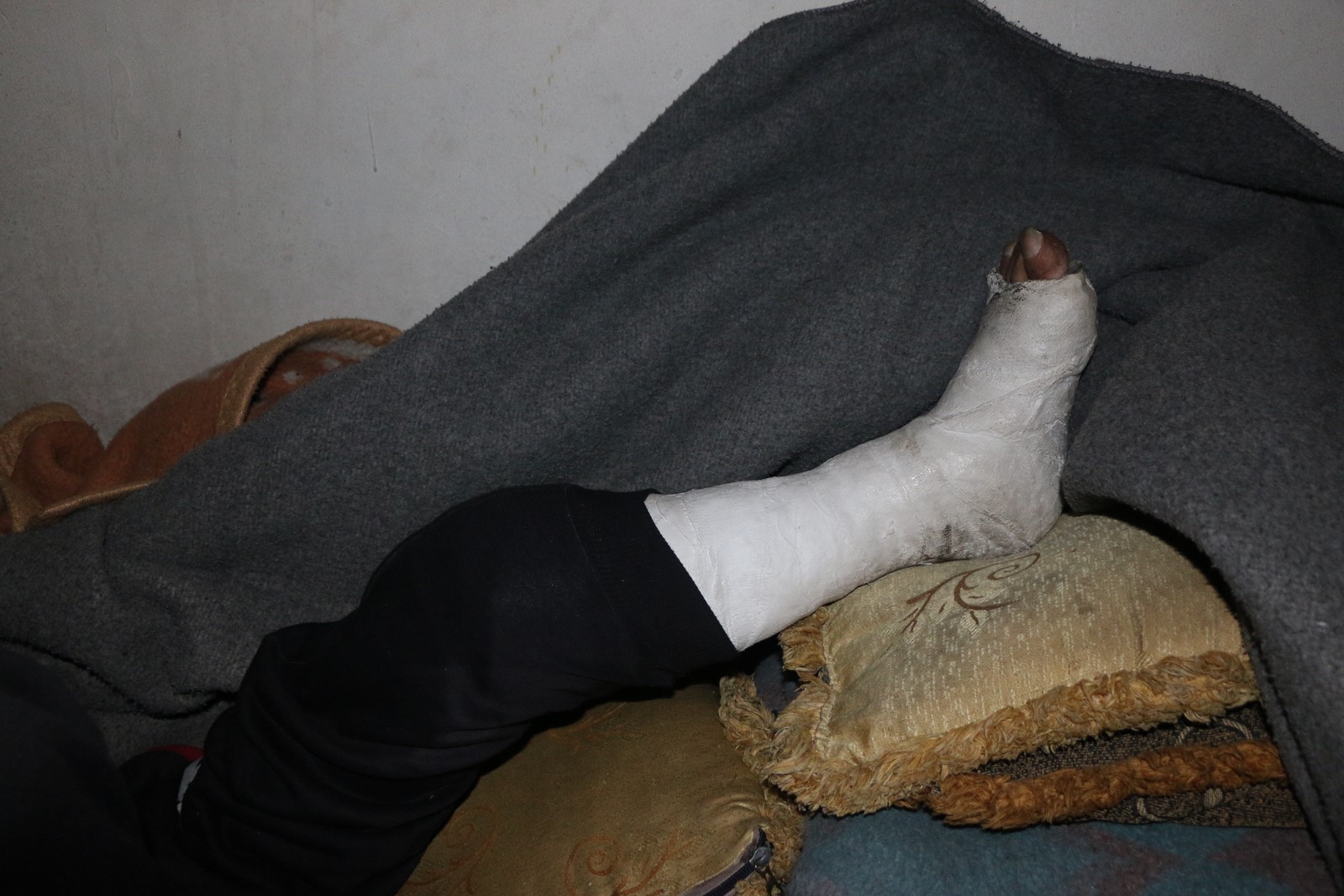 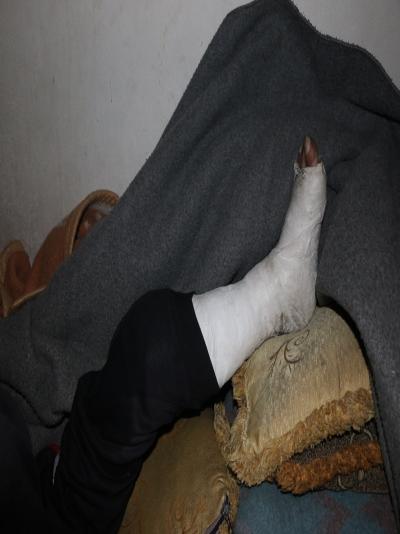 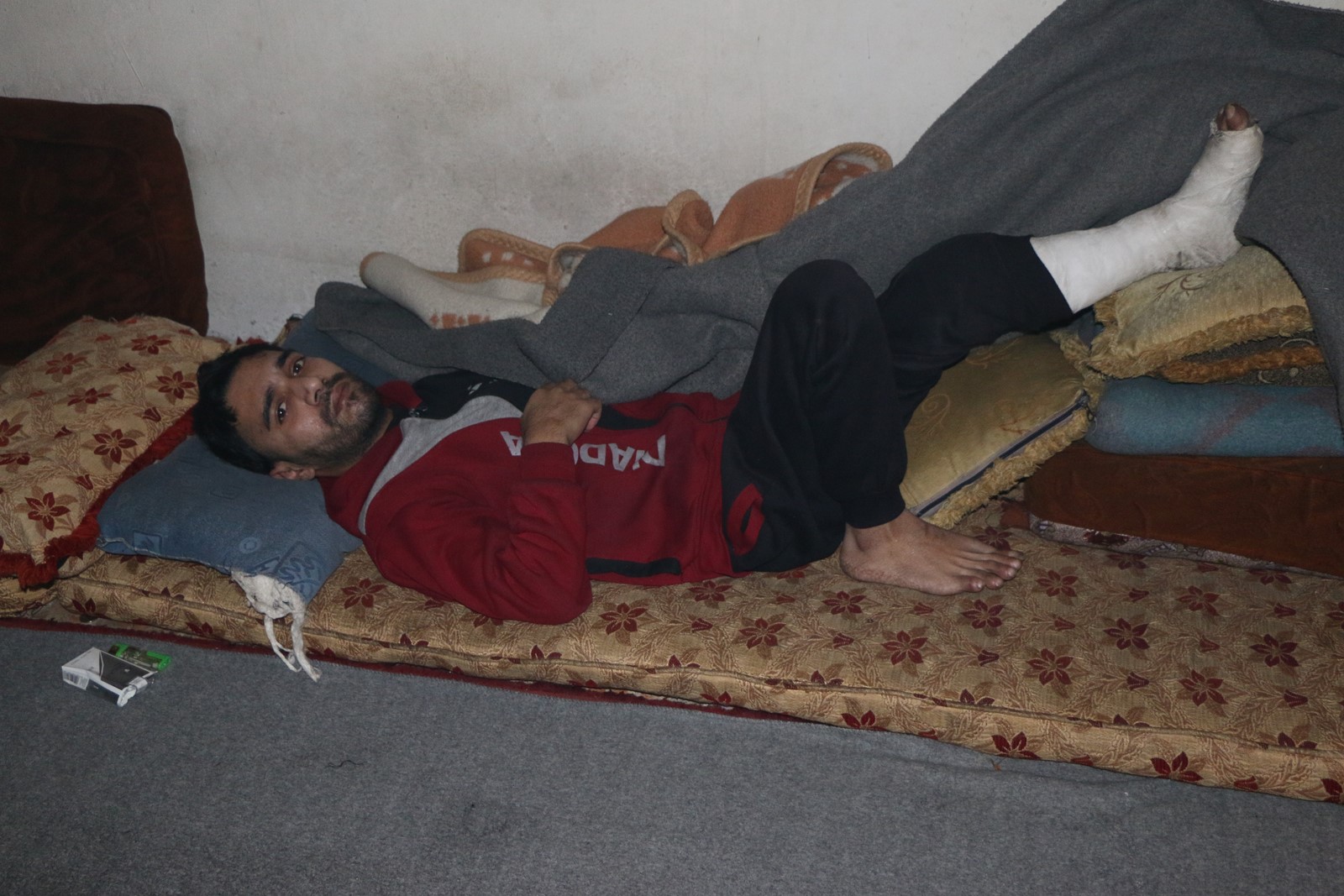 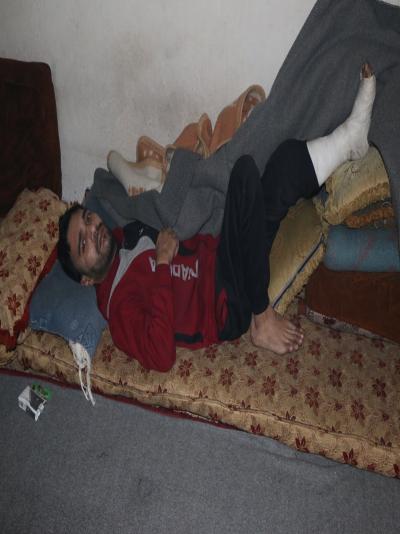