Kongra Star in al-Hasakah organized a meeting to explain the latest political developments in the region. A TV show was presented on the occasion of the birth of the Kurdish leader Abdullah Ocalan in the Senabel Hall in the presence of hundreds of residents of al-Hasakah and its countryside.

"The leader of the Kurdish people Abdullah Ocalan devoted his thought for all peoples, not one people, his thought and philosophy seeks to liberate all the peoples of the Middle East and all the components that have been oppressed," Elham said.

"The areas under the control of the Syrian regime are suffering from corruption, migration, killing, and destruction. The reason is that these areas lack a democratic participatory project that saves the Syrians from fragmentation and loss," Elham Ahmed said.

"The areas of Autonomous Administration have adopted a comprehensive project that protects and supports cultures and contributes to their development.

Elham Ahmed noted that SDF managed to destroy the Daesh project led by the Turkish state, which wanted to seize all Syrian territory.

She said that Turkey is still inciting the mercenaries it supported by occupying northern and eastern Syria. "The resistance shown by our forces of all components was the main savior of the region," she said.

Elham touched upon the situation in the camp of al-Hol and described it as a disaster adding, "The international community is responsible for managing this issue, and the return of women and children of Daesh to their homeland."

To talk about the local elections that took place in Turkey and Bakur Kurdistan on the first of this month, Elham Ahmed said that the results of the elections prove that the enemy of the Kurdish people, must be the biggest loser.

At the end of the meeting, a documentary about the life of Kurdish leader Abdullah Ocalan was presented . 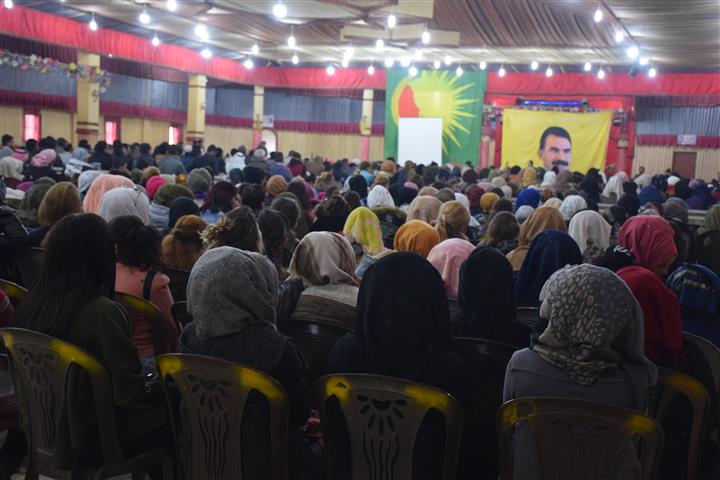 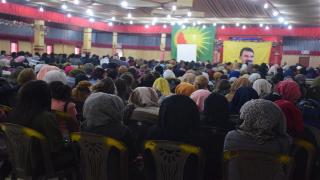 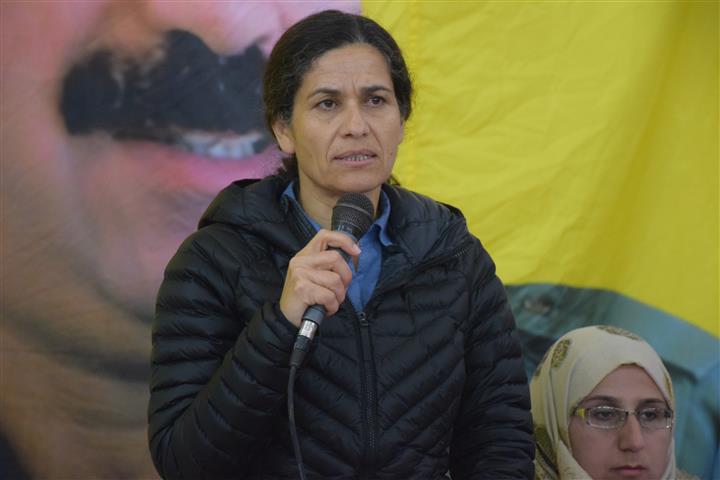 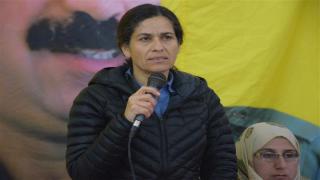 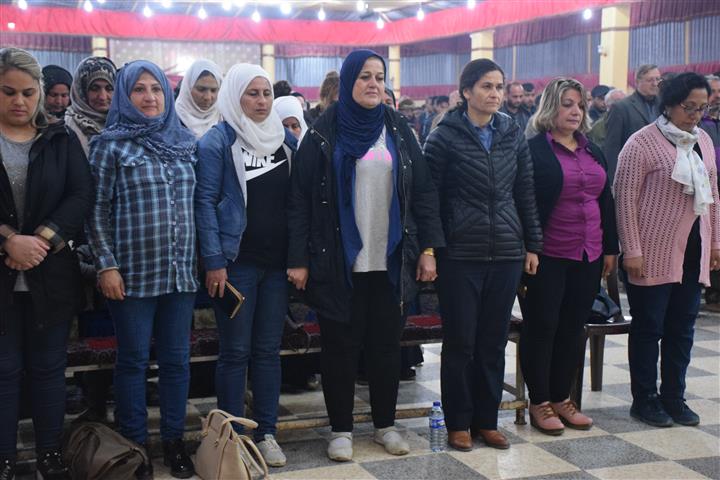 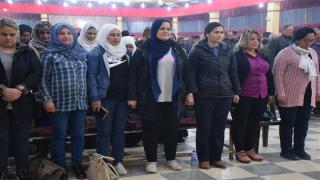