The Yazidis celebrate “Tuesday, Wednesday, and Thursday” in the first week of December, according to the eastern “Kurmanji” calendar, “Eze Feast,” meaning the Creator’s Day.

And Eze, meaning the Sultan and Creator “God,” as it is called in the Yezidi religion, and the teachings of the Yezidis say that they derived the Yezidi name from the name of God, as they are the first people who knew the oneness of God and his worship.

The Eze fast falls in the eastern month of December (which is thirteen days behind the Gregorian calendar), and at least one day of fasting or a feast day must be within the eastern month of December, otherwise fasting is postponed to the next week, and this feast comes before the solstice  Winter is with a period of (1-8) days, which is the beginning of a new situation in human life on this earth, and therefore, the Yazidi events and holidays according to this calendar do not change their date of the year.

Therefore, as an expression of the Yazidi relationship with his Creator, the Yazidi Kurds fast for 3 days every year, abstaining from eating and drinking from the moment the sun rises until sunset.

The sun is considered sacred to them, and there are religious sayings that give it sanctity and mention that it is the light of God on earth, and without it, no life continues.

This is preceded by another two weeks of fasting as well, where the Yezidis fast for 9 days spread over three weeks, of which only Tuesdays, Wednesdays and Thursdays are fasted. 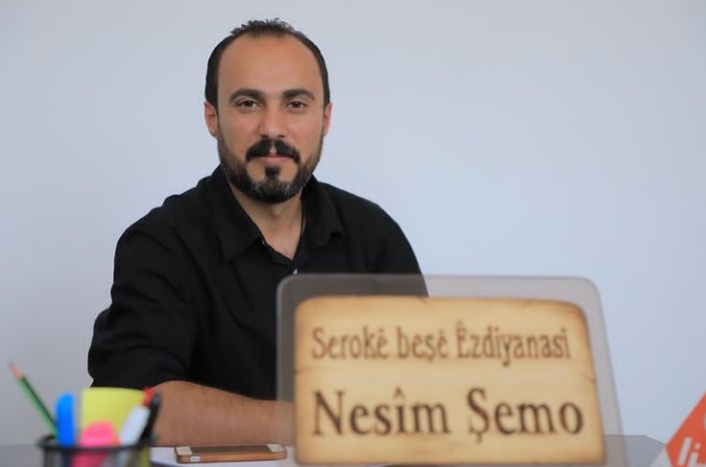 Nassim Shammo, Head of the Yazidi Religion Department at the Faculty of Religious Sciences at Rojava University, says, "The Eid Izi is the most important and holiest of the Yazidi feasts, and it comes after the obligation of fasting, which gives this feast a great spiritual value, because in fasting is a worship that is not only abstaining from eating and drinking, but also abstaining from  All taboos and evil are in the souls, feelings and sensations, so the Yazidi religion is no different from other religions in the interpretation of the universe according to the human mind.

On this basis, there is an interpretation among the Yezidis, for at this time of the year the hours of the day (light) decrease and the hours of the night increase in darkness, so fasting is an expression of the struggle between light and darkness, between good and evil, and these three days are considered the shortest days of the day in the year, so people fast  These three days, until the sun passes this critical period, after which the hours of daylight and the times of light begin to gradually increase, an expression of the victory of light in the end and the confrontation of darkness.

The rituals of this feast take place by visiting the graves of the Yezidis on the day before the day of the feast, and distributing the good deeds to the souls of their dead, to begin the morning of the feast by visiting the homes of each other and offering congratulations on the feast.