He was not surprised by the sound of the shells or the roar of bullets that rained down on the neighborhoods of the besieged city by ISIS from 3 axes, because they were preoccupied with facing more complex war than the ISIS fronts of war.

The 39-year-old doctor, Muhammad Aref, was found, along with 4 other doctors, in the last field hospitals at the height of the fighting in the Kobane neighborhoods in the fall of 2014 between the attacking ISIS on one side and the Women Protection Units and the people defending the city on the other side. 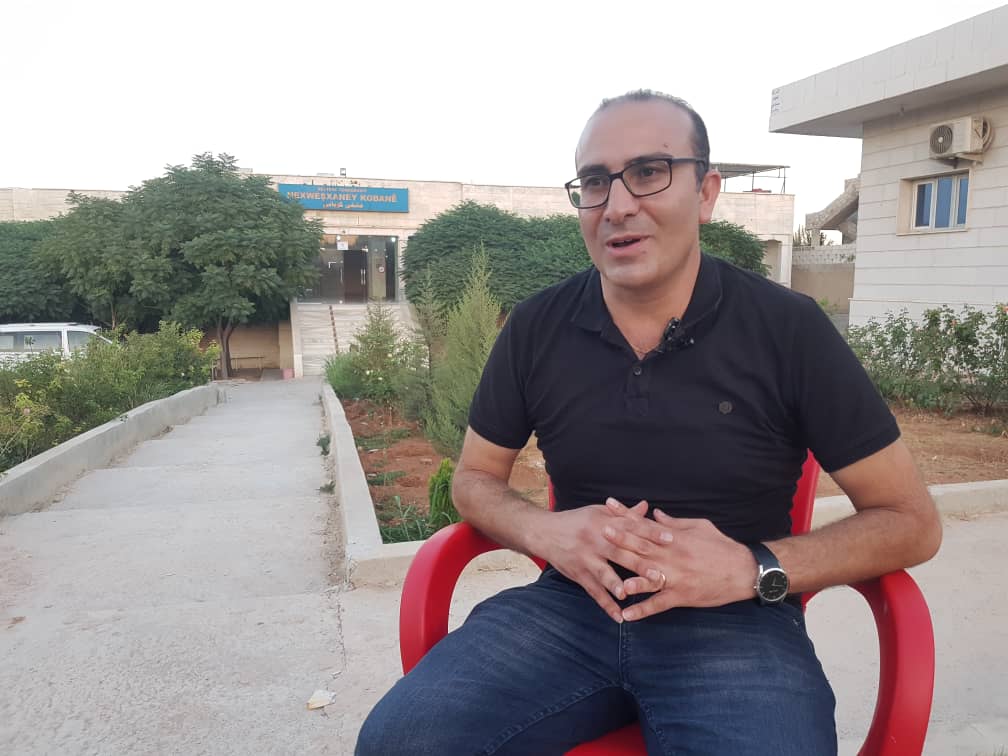 Hospitals did not spare the mortar and artillery shells that hit most public facilities at the time, so one of the buildings near the Murshid Pinar border crossing, north of the city, was transformed into a field medical point.

In light of all this, the number of the wounded in the clashes increased, and civilians who were crossing the borders were injured in the minefields of the Turkish occupation.

Dozens of fighters of the People's Protection Units (YPG) lost their lives, due to the Turkish government's closure of the border crossing to the medical staff in Kobane during the battles, as indicated by Muhammad Aref.

Despite his specialization in the Department of Radiology and Diagnostics, Aref, worked as a surgeon to save the lives of the largest possible number of the wounded.

ISIS bombed the eastern neighborhoods of the city in early November 2014; The only field hospital in the city with mortar shells, which posed a great danger to one of the pillars of resistance against the attack in the city.

"ISIS wanted to destroy the medical points in the city, and when it failed to do so, it attacked the only field hospital near the Murshid Pinar crossing with an explosive device, while this was followed by a massive ground attack from the Turkish territory, to tighten the siege on the city," said Aref.

The battle of Murshid Pinar on the Syrian-Turkish border north of the city constituted a historical turning point in ISIS's exposure to its first setback months after it declared the alleged Islamic caliphate and its control over large areas in Syria and Iraq.

At a time when Turkey allowed ISIS to launch an attack on the northern neighborhoods of the city with car bombs and suicide bombers, the People's Protection Units, Women and the Burkan Al-Furat Brigades managed to repel the attack and force the mercenaries to flee after two days of violent battles.

Doctor Aref indicated that ISIS deliberately bombed medical points, and this was evident while hearing the discussions taking place between them in the French and Russian languages that they spoke, via wireless devices, with doctors having knowledge of these languages.