On Friday, north and east Syria witnessed demonstrations demanding the disclosure of the health and safety of the leader, Abdullah Ocalan, after a fire broke out yesterday on the island of Emrali, where the Turkish state has been holding Ocalan for 21 years.

In a demonstration organzed by Kongra Star in Al Sheikh Maqsood and Ashrafieh neighborhoods, thousands marched under the slogan "Our Leader." Our lives."

The demonstration began in front of the Meeting Hall in the western part of the neighborhood, holding pictures of Ocalan, amid chants calling for the leader's freedom, to the cemetery in the eastern part of the Neighborhood of Sheikh Maqsood.

After a minute of silence, Kongra Star member, Suad Hassan said that their presence in the courtyards was a response to the actions of the Turkish state against Commander Ocalan, and they have not stopped their violations against the leader since his arrest.

Suad sent a message: "With one heart, one voice, one hand, side by side, with all the components of society, we will rise to the end, the Turkish state is responsible for the health of the leader."

"We promise to stay in the courtyards and in the fields until his health status is revealed and his freedom is achieved," hassan said.

Hundreds of Girke Lege district residents went out in  demonstration. It started from khabat Direk street , passing through the main street of the area

The demonstrators carried banners reading: "We will break the hands that touch our leader, freedom for our UN leader, and we demand that the lawyers visit to Emirali island at the fullest speed."

The participants stopped in the square of the martyrs, and there the joint chairman of the Democratic Union party, Fouad Sa'adi said: "Turkey set the fire in Emrali. The leader is considered a school of peace, we will not stop until the truth of the leader's safety is revealed."

"It is no coincidence that the fire broke out in the same black month, Erdogan by all means wants to eliminate the people," Saadi said.

Thousands of residents of the villages of Berav and Kocarat flocked to the city of Direk to participate in the demonstration, where the people of the area gathered with all its components at the Center of the Martyr,Bawer for The Revolutionary Youth, holding the picturs of the leader, Abdullah Ocalan.

The demonstration began amid the banners hailing The Resistance of Emrali, holding banners that read: "We will break the hands that touch our leader, we demand that the lawyers visit Emrali as quickly as possible," and the demonstration took place in the streets of Direk, and then headed to the headquarters of the Democratic Union Party.

After a minute of silence, Sobhi Ahmed, delivered a speech on behalf of the Democratic Islamic Conference in  the northern and eastern of Syria, saying: "We condemn with the strongest words of condemnation the Turkish State and its President Erdoğan, for this brutal terrorist act of setting off fire in the forest of Emrali."

Ahmed called on the Turkish State to allow immediately the leader's lawyer Ocalan and his family to visit Emreli prison to check on his health, and called on the international community to hold Erdogan accountable for his practices.

As soon as news of the fire broke out in Emrali, the people of Cil agha issued a statement today.

Hundreds of people gathered in the centre of Cill agha district, carrying banners that read: "We will break the hands that touch our leader, the freedom for UN leader, and we demand that the lawyers visit Emrali as soon as possible."

The statement, read by Sheikh of Al Zubaydah Clan  Ragheb al-Faris, reads: "When Turkey and some countries felt the seriousness of the project of the democratic nation aimed at peace among all people in the Middle East, on their authoritarian dictator systems, Turkey planned a plot that led to the kidnapping of the leader of humanity, Abdullah Ocalan."

The statement continued: "When the democratic nation project put forward by the leader, Ocalan in northern and eastern Syria, and established the principle of brotherhood of people and common cohabitation, then Erdogan and his government felt that all the people around the ideology and philosophy of the leader, thus tightened the isolation of his lawyer, and prevented his lawyer from meet him."

The statement concluded by saying: "Now the TurkISH fascists have taken another way to remove the leader's approach from us, which is to set fire to the island of Emrali, but we say to Turkey we will be in the streets until the status of Commander Ocalan is known." 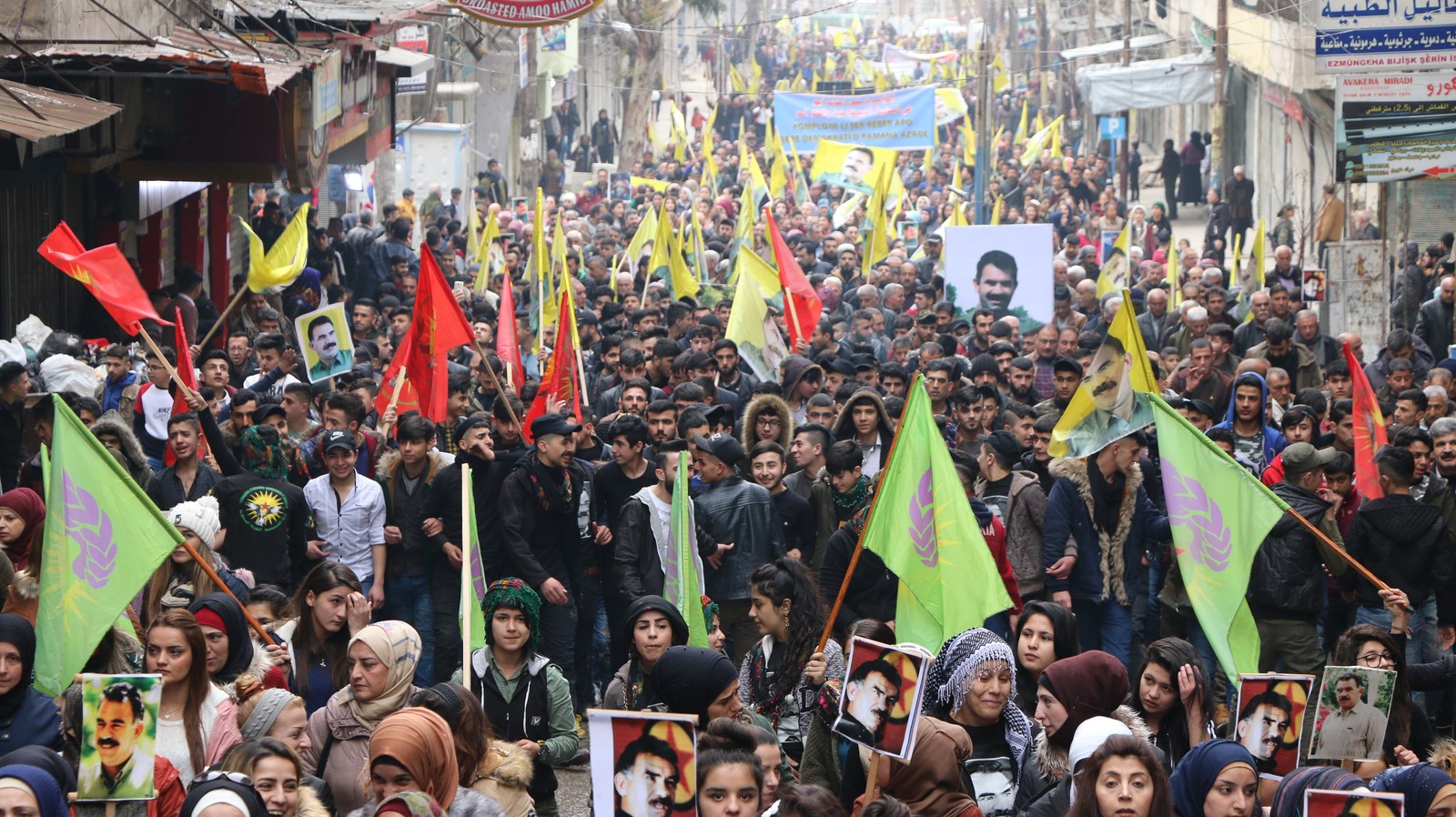 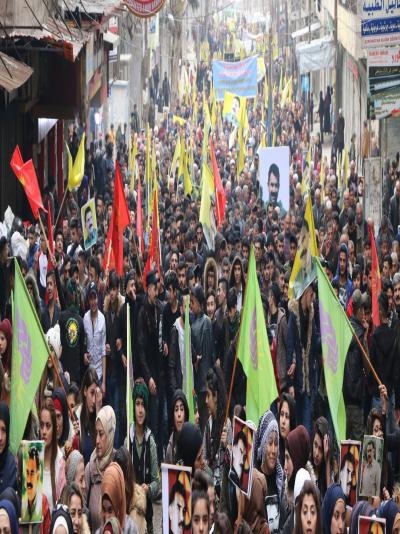 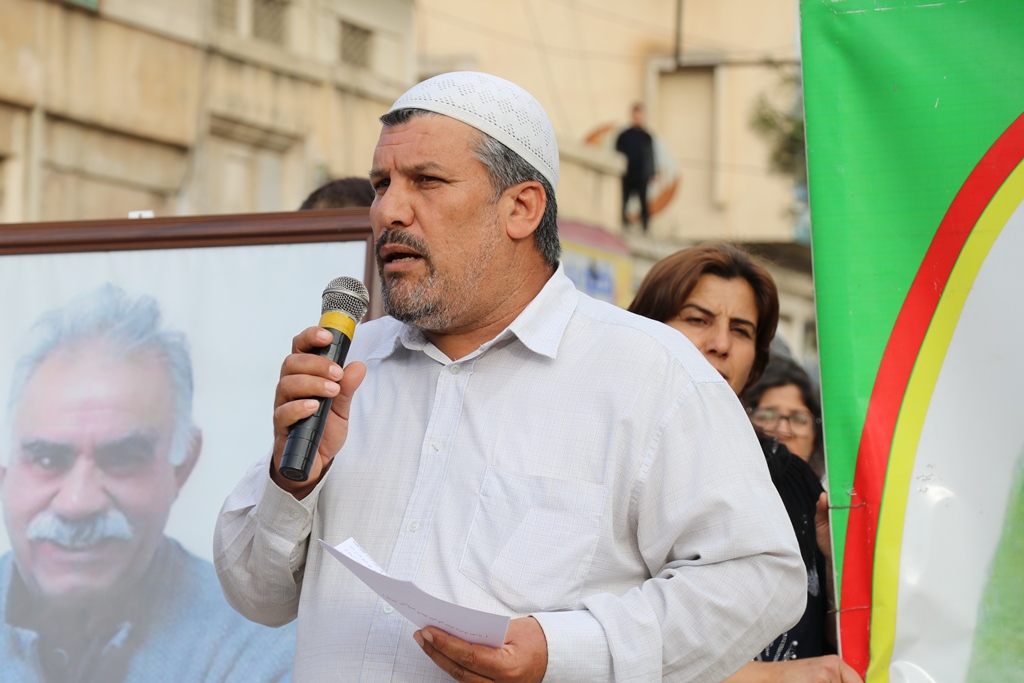 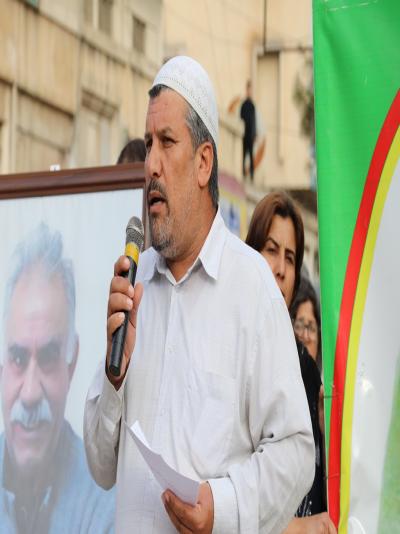 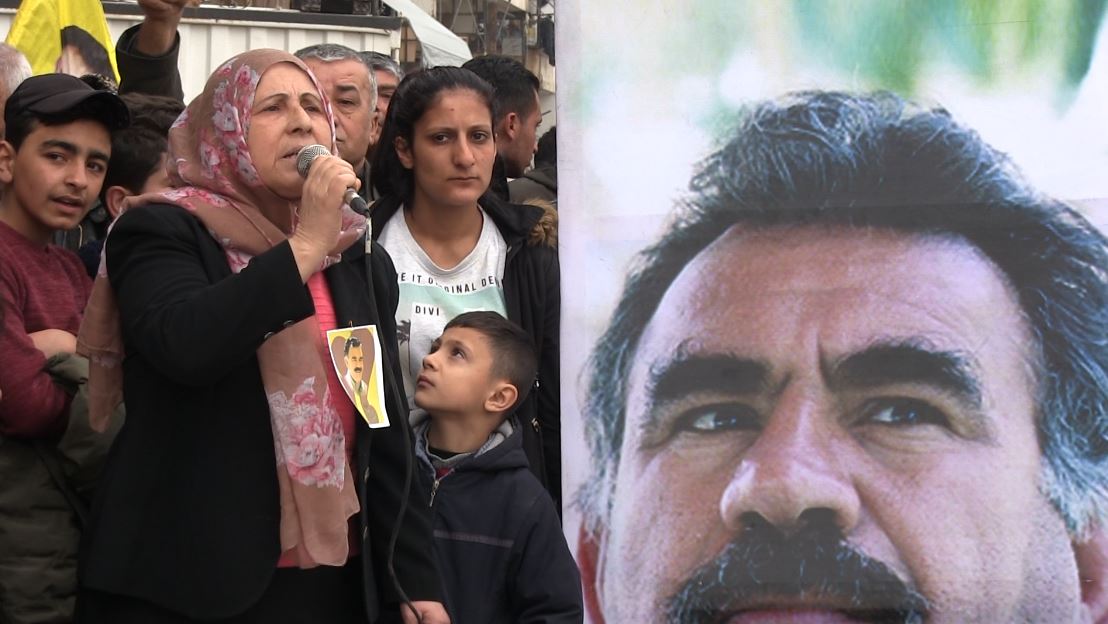 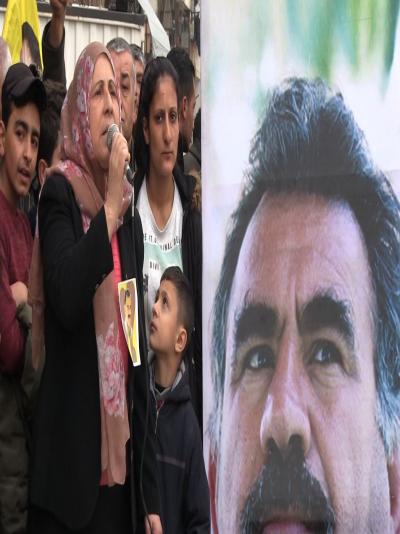 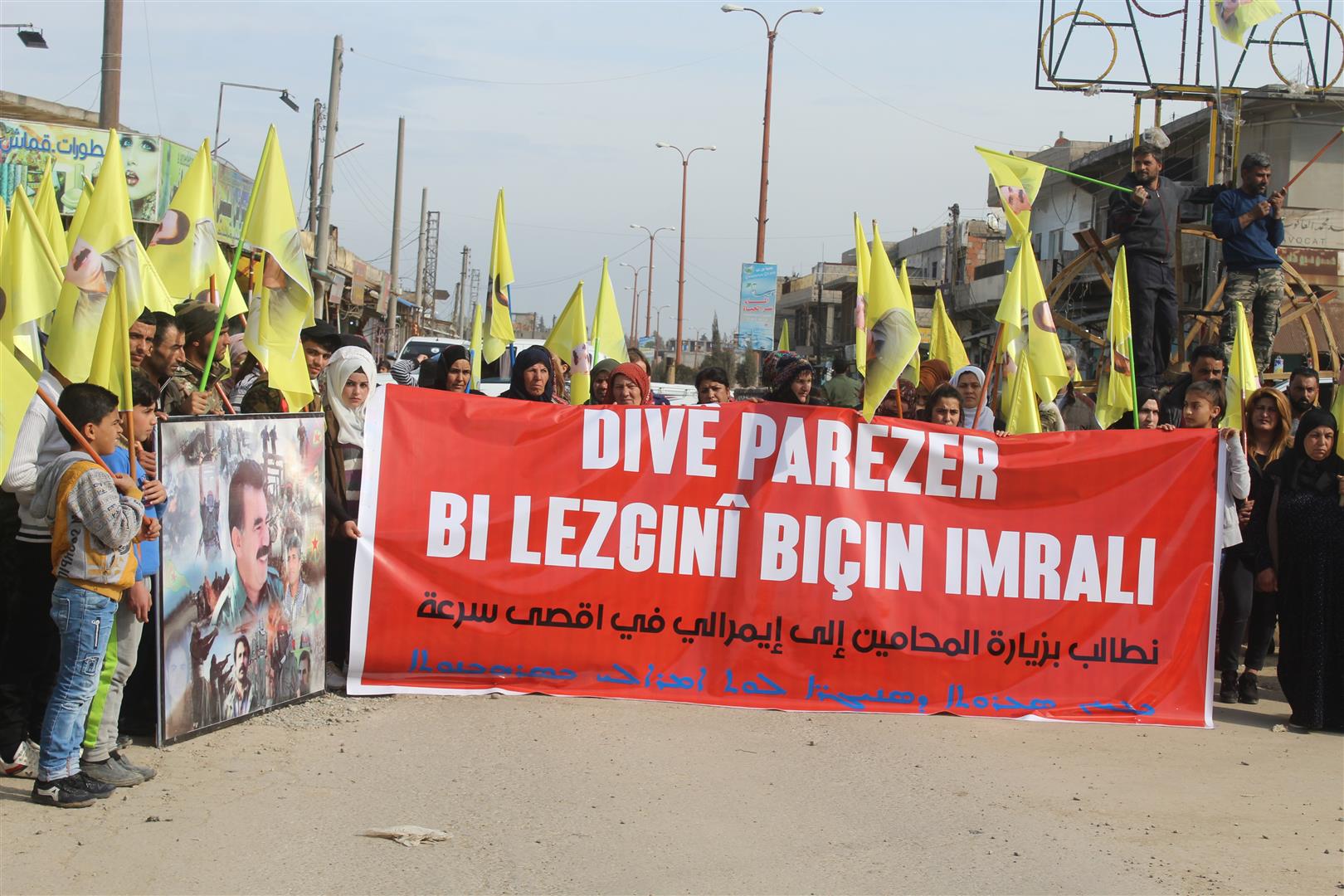 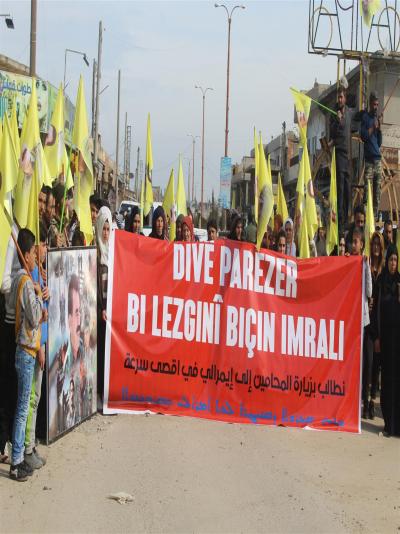 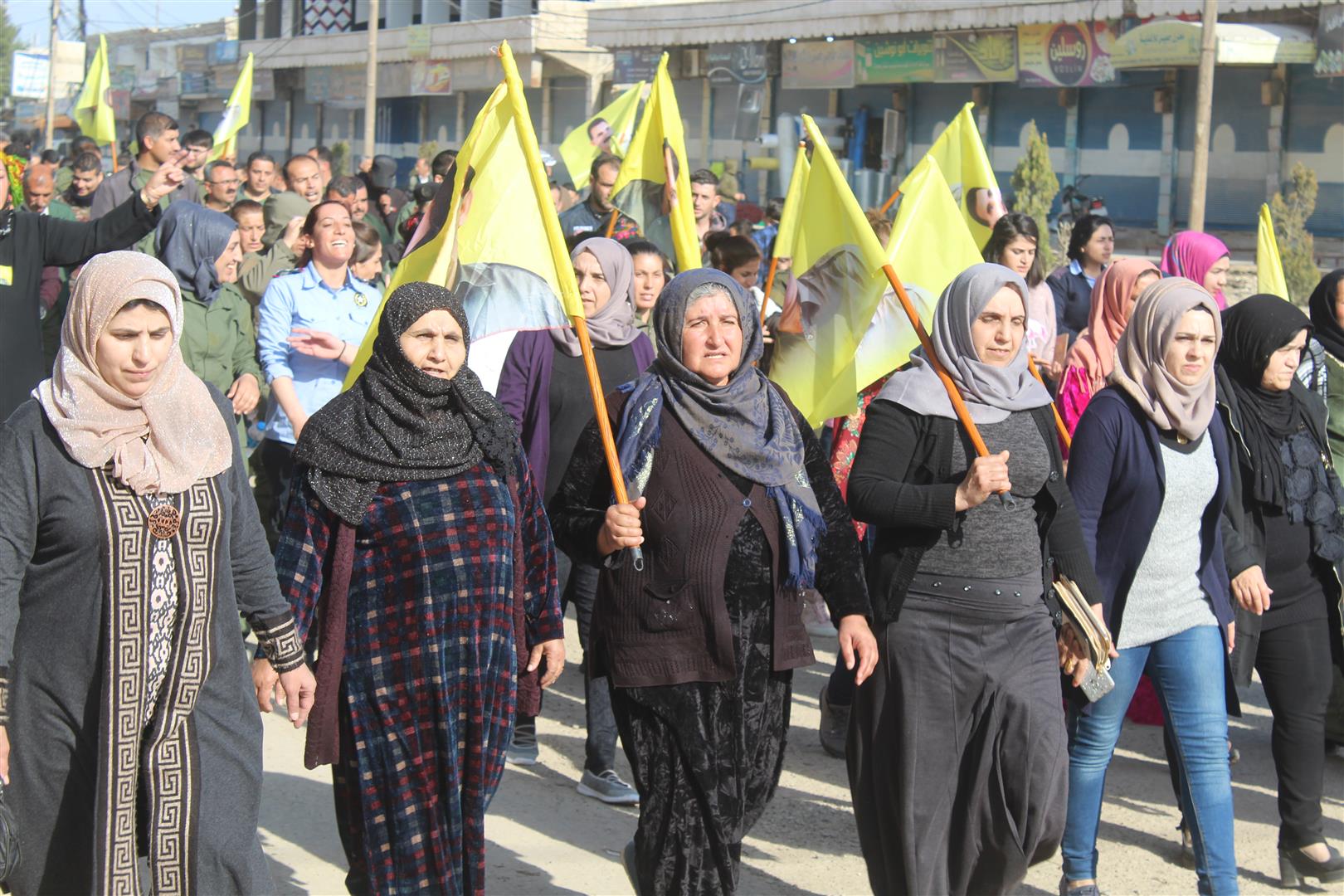 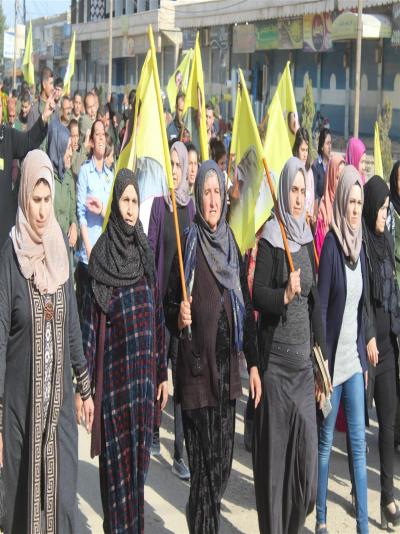 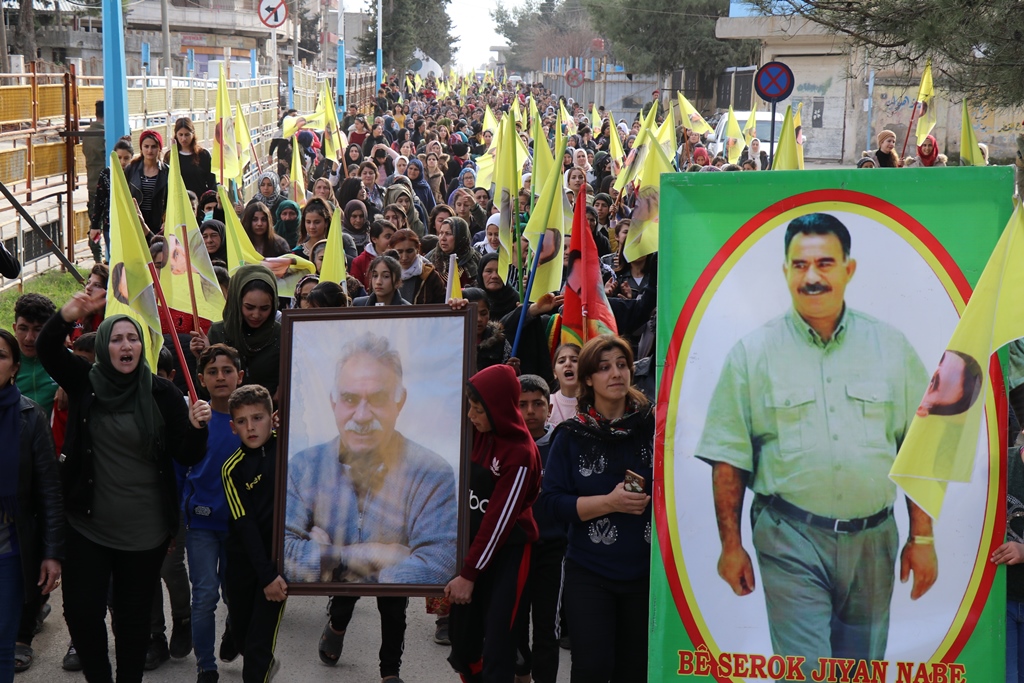 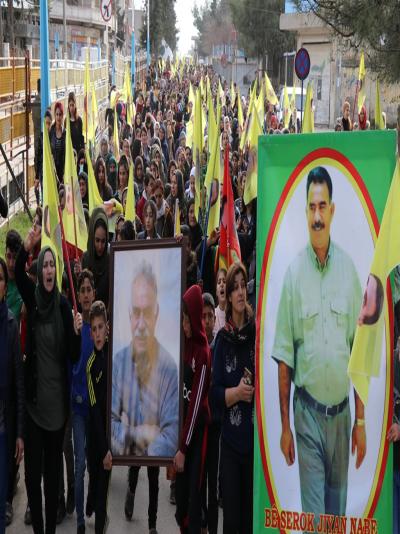 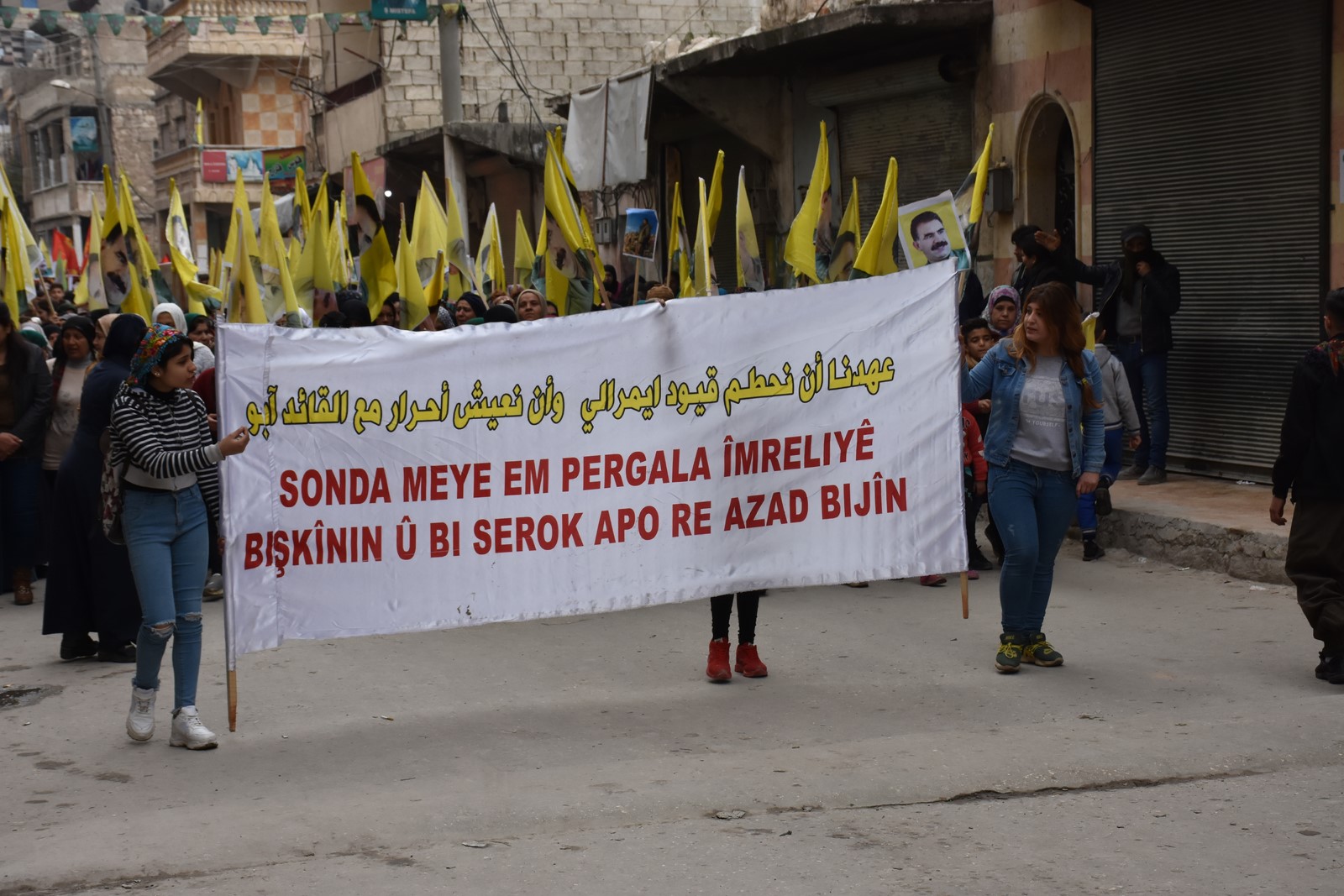 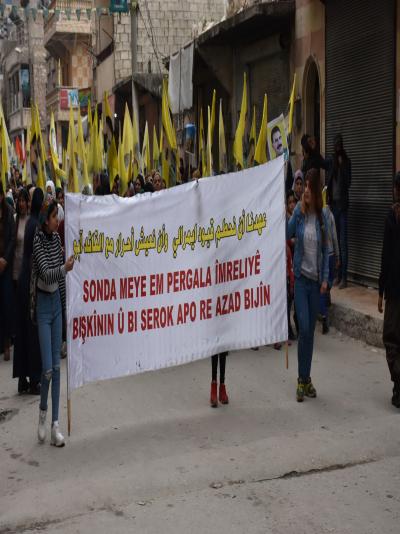 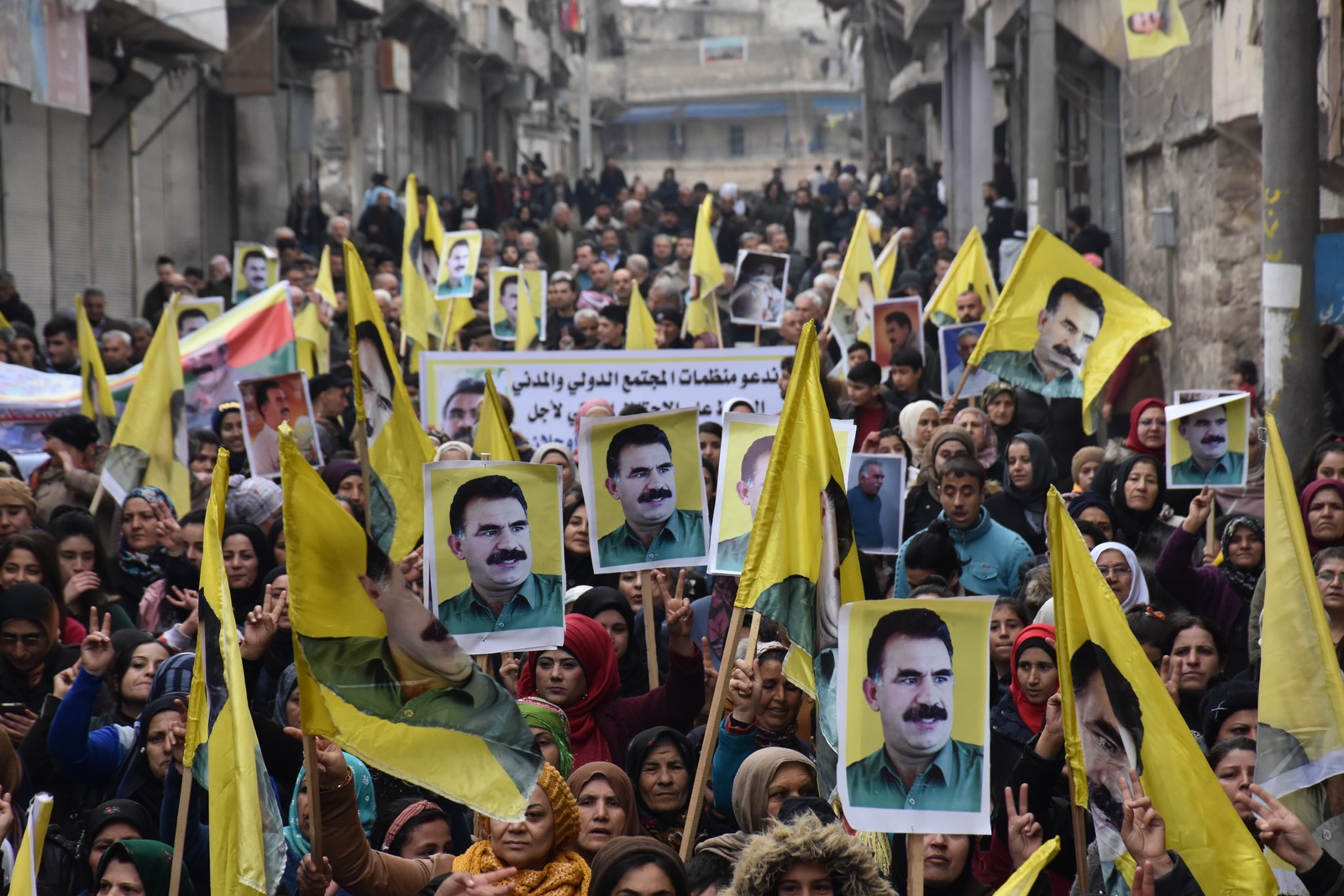 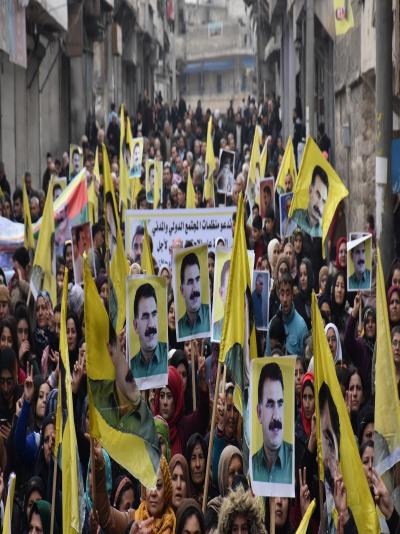 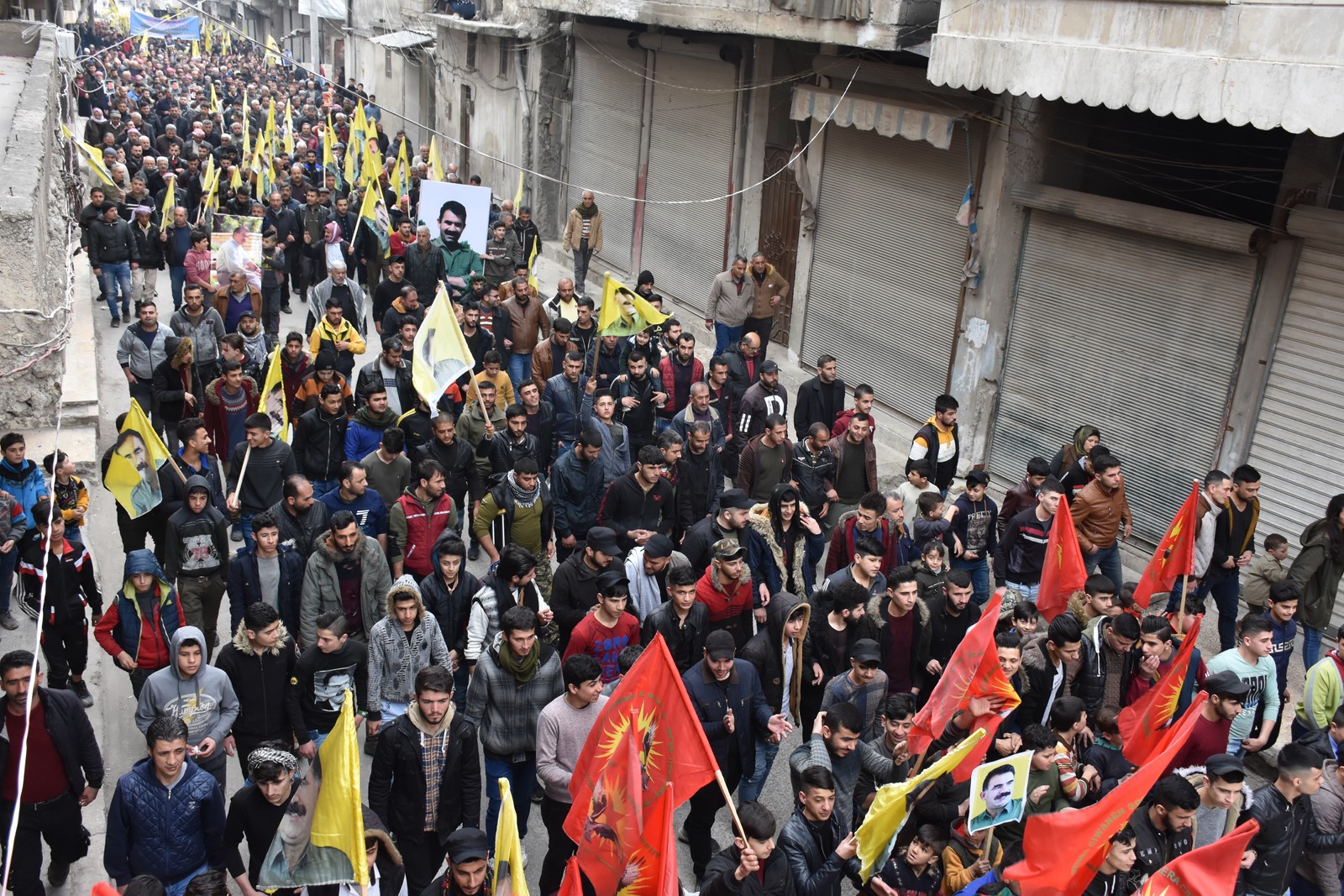 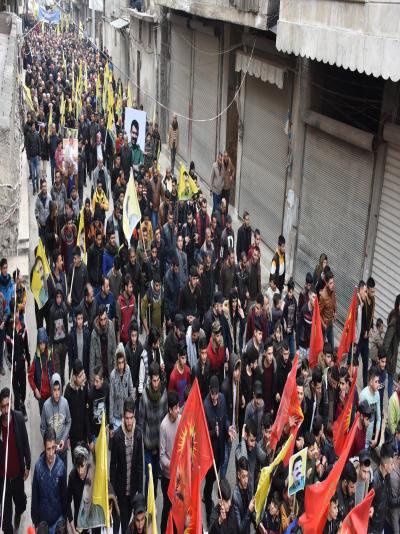 Today, a joint patrol between the Russian military police and the Turkish occupation army to...
Old Website