Hundreds of Aleppo residents took part in a demonstration and rejected the isolation imposed on the leader of the Kurdish people, Abdullah Ocalan, as part of the campaign "Stop isolation, fascism and occupation, it is time for freedom."

The demonstration was organized by the Jamil Horow Center for Culture and Art in Aleppo, with the participation of a group of Kurdish artists and the people of the city. Participants carried pictures of the leader Ocalan and banners calling for an end to isolation.

After a minute of silence, a statement was read by both the administrator of the Jamil Horo Center for Culture and Art, Ziyal Jawish in Arabic, and the center's member, Ahmad Aliko, in the Kurdish.

The statement saluted the Imrali resistance, and affirmed the continuation of the struggle against fascism until "the liberation of the leader Ocalan, who drew the philosophy of the July 19 Revolution for the people of North and East Syria."

The statement called on world public opinion "to work seriously to lift the isolation on the leader of peace and democracy, to end the wars in the Middle East and bring their peoples to a safe haven."

The demonstration ended by chanting slogans calling for the freedom of Ocalan.

In the Derik region, dozens of members of the Young Women’s Union and the Syrian Revolutionary Youth Movement demonstrated to denounce the Turkish occupation practices in northern and eastern Syria and Bakûr Kurdistan.

The demonstration started amid slogans saluting the resistance of the peoples of northern and eastern Syria and others denouncing the practices of the Turkish occupation.

The demonstration turned into a mass gathering at the entrance to the town of Khanna Serri, and after a minute of silence, a statement was read by a member of the Young Women’s Union, Wala Othman.

The text of the statement reads: We recall all the martyrs and those of the Battle of Haftanin who wrote heroic epics against the Turkish occupation army and its mercenaries, and we also condemn the imposition of the leader of the Kurdish people, Abdullah Ocalan.

And the statement continued: "We pledge to escalate the struggle against Turkish fascism until the leader is liberated from the prisons of Turkish fascism."

The mass demonstration ended with chanting slogans saluting the resistance. 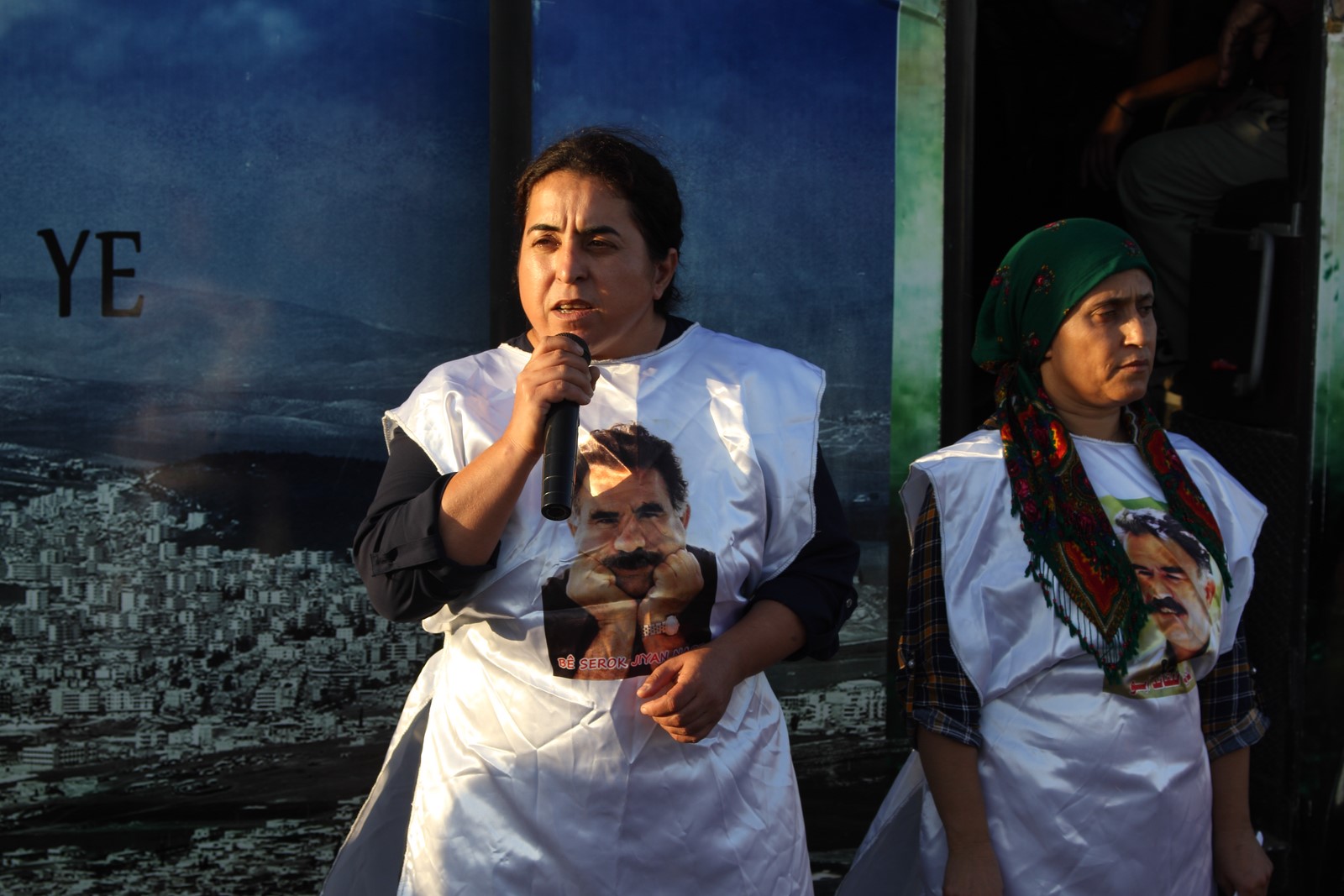 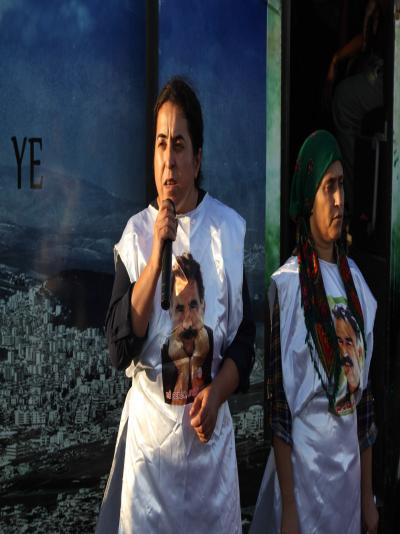 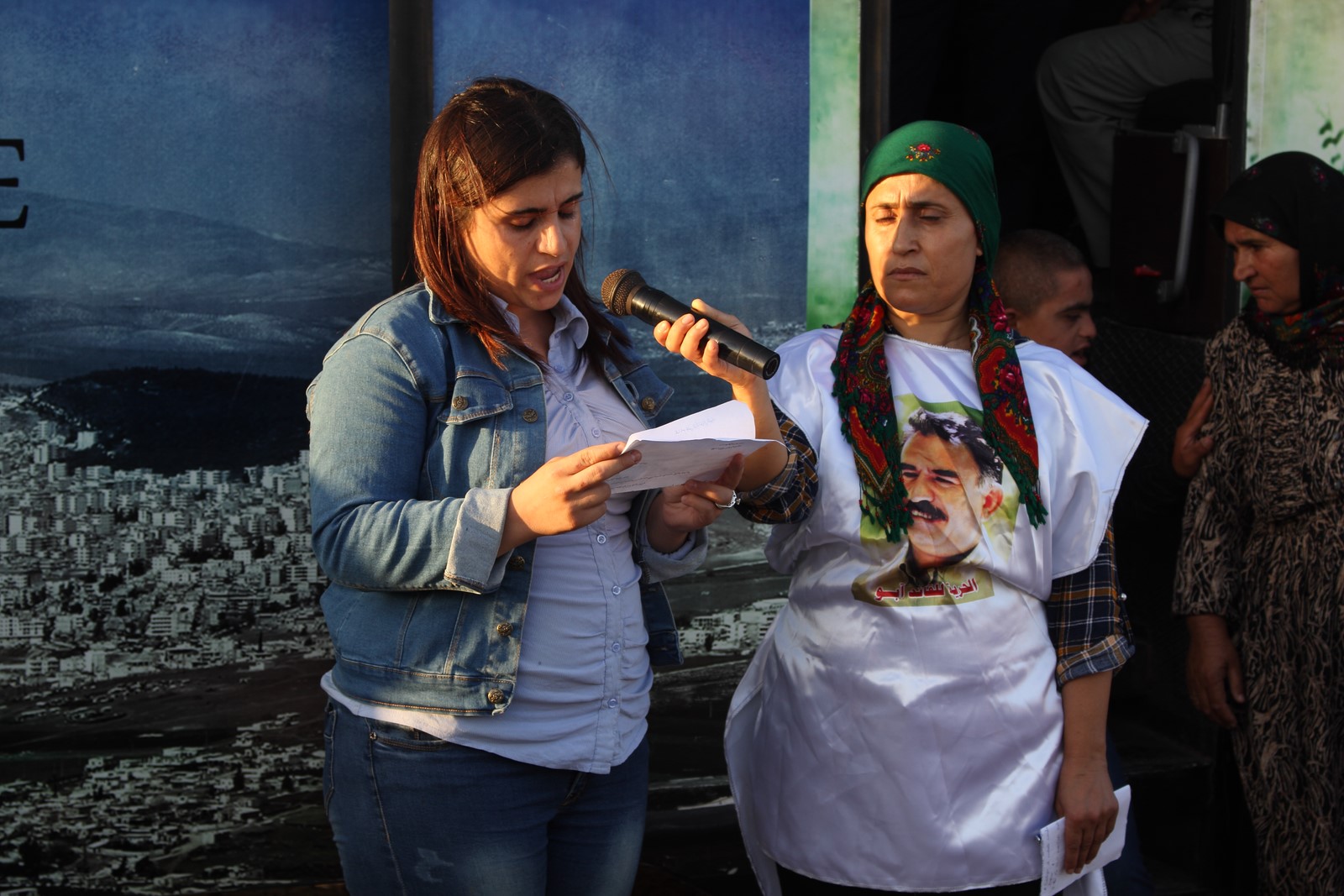 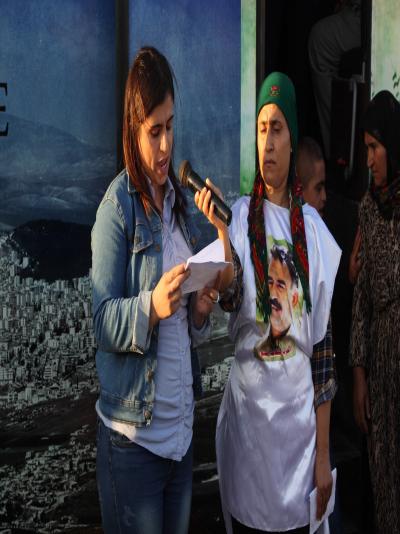 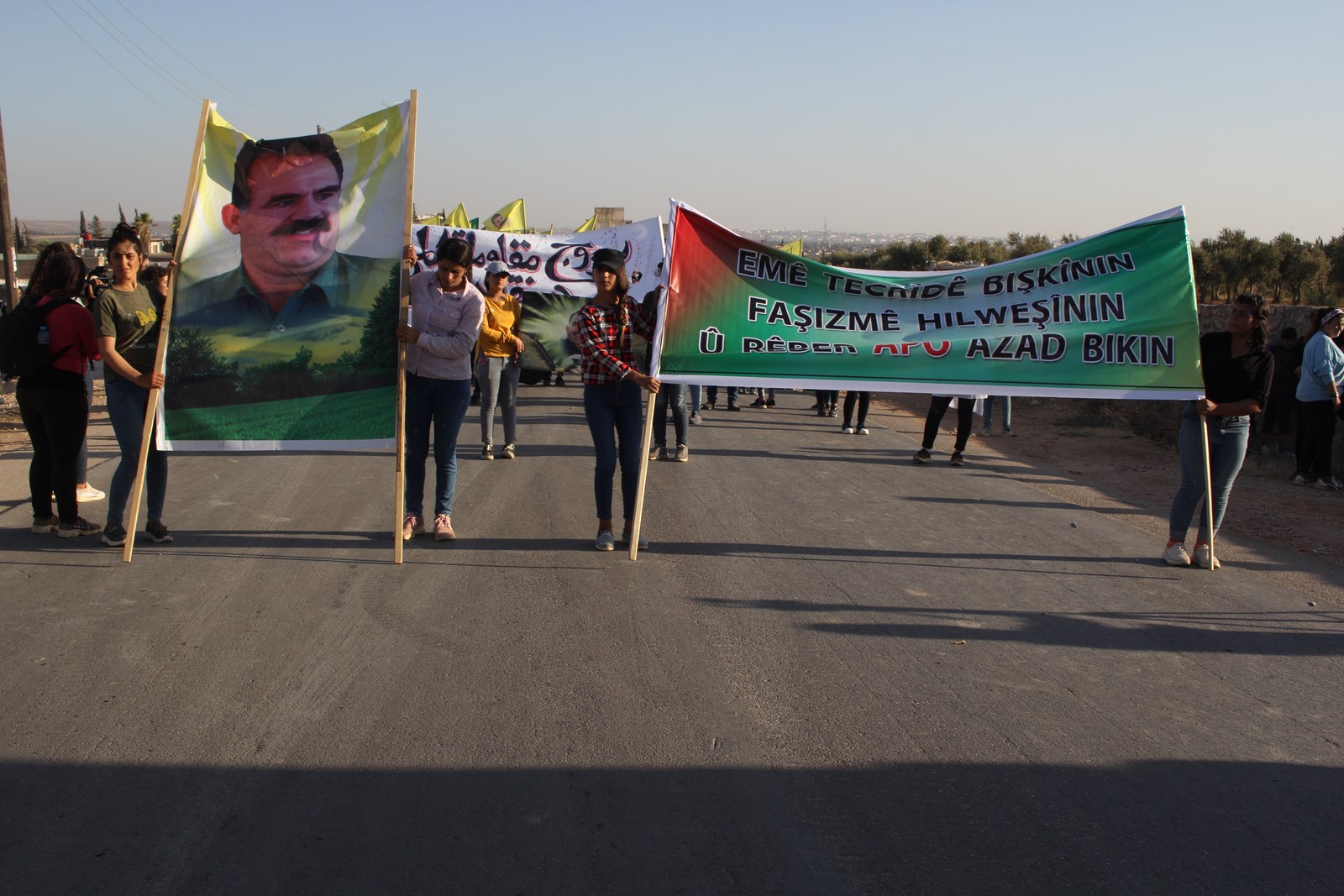 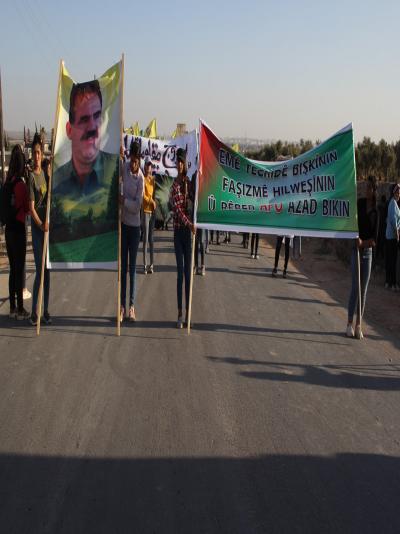 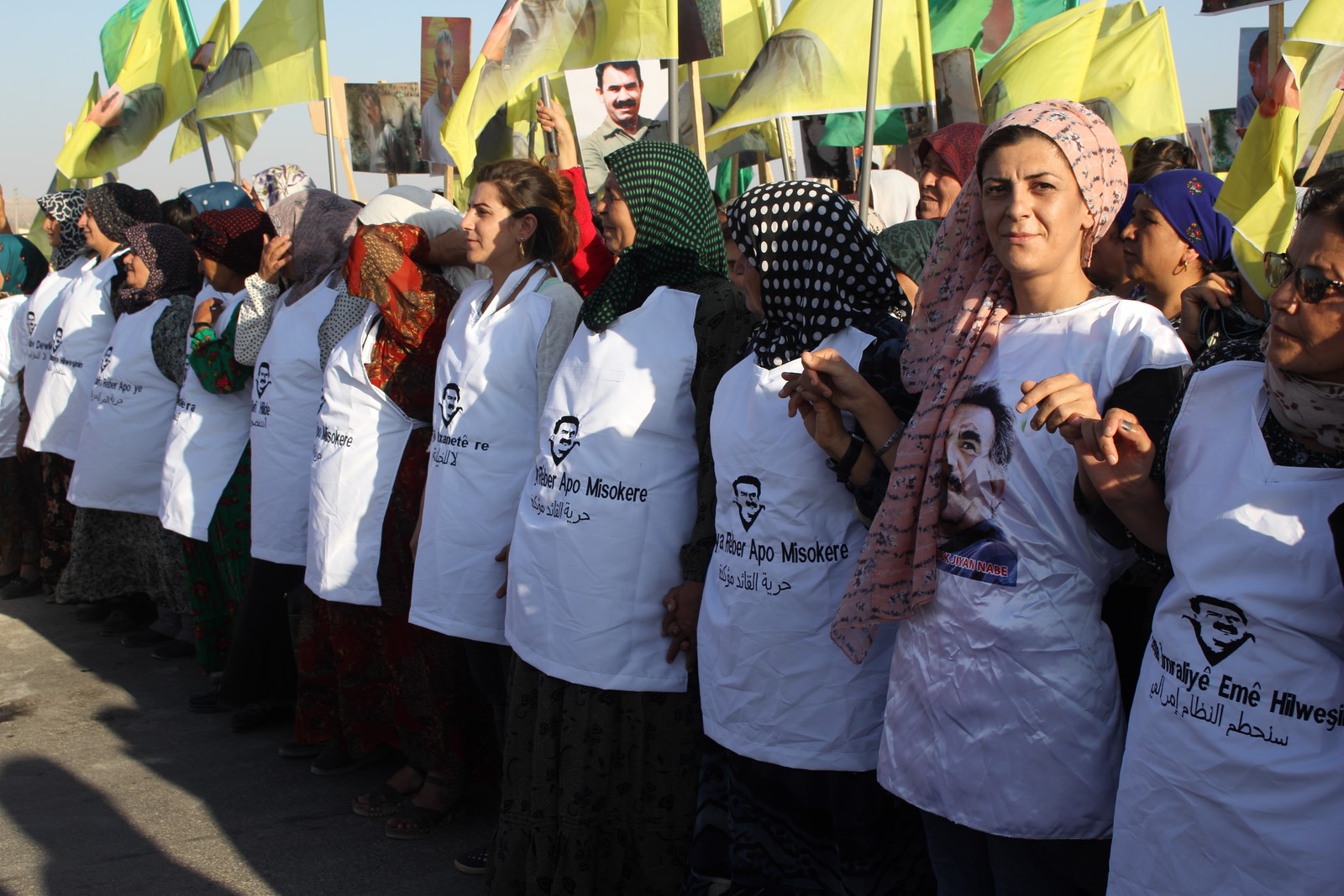 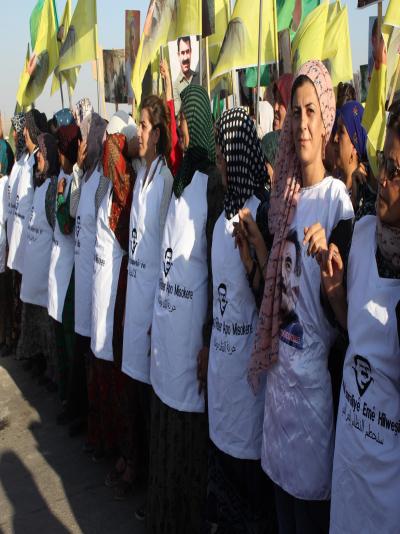 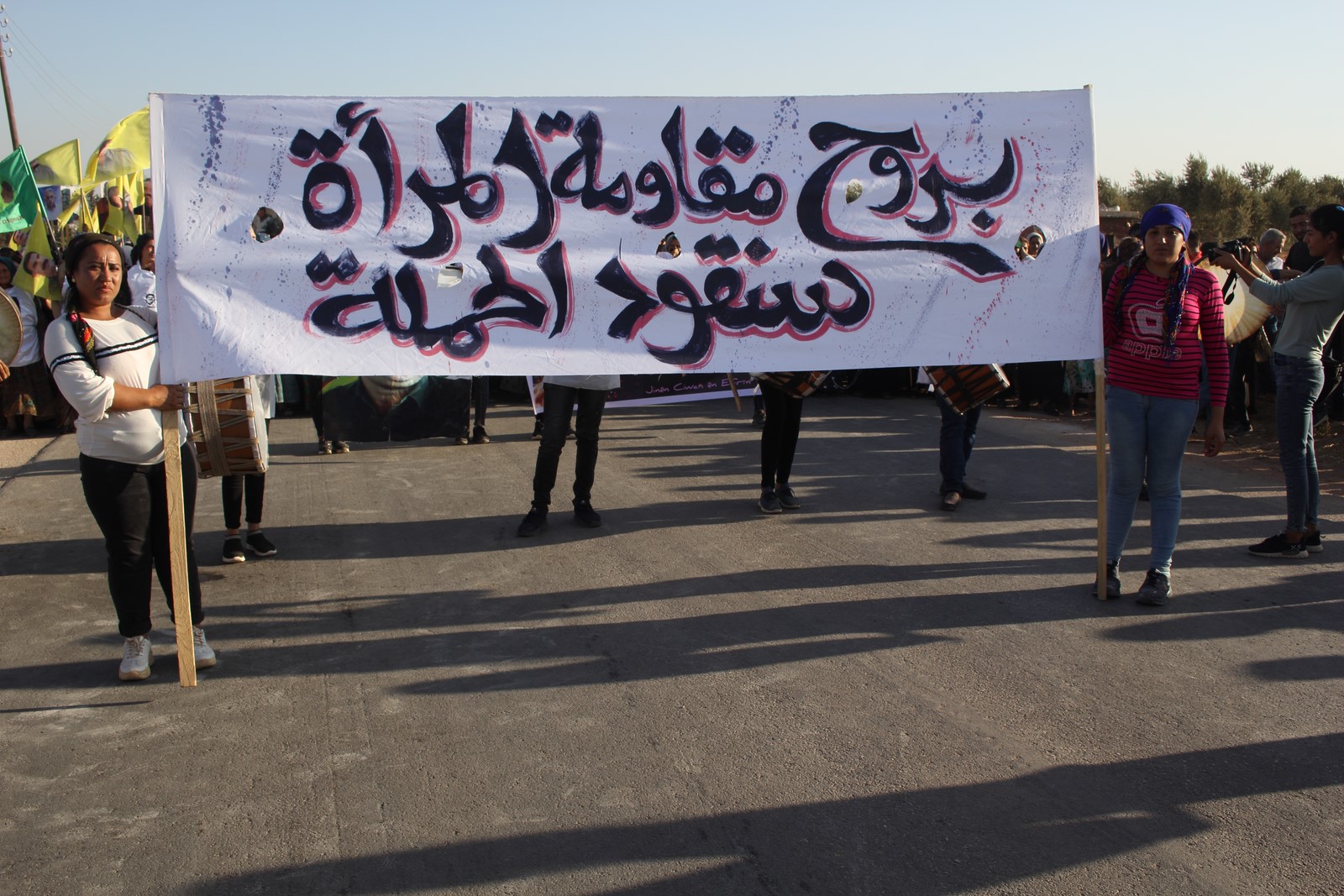 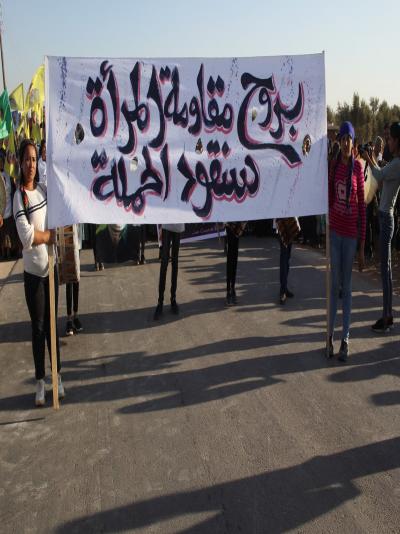 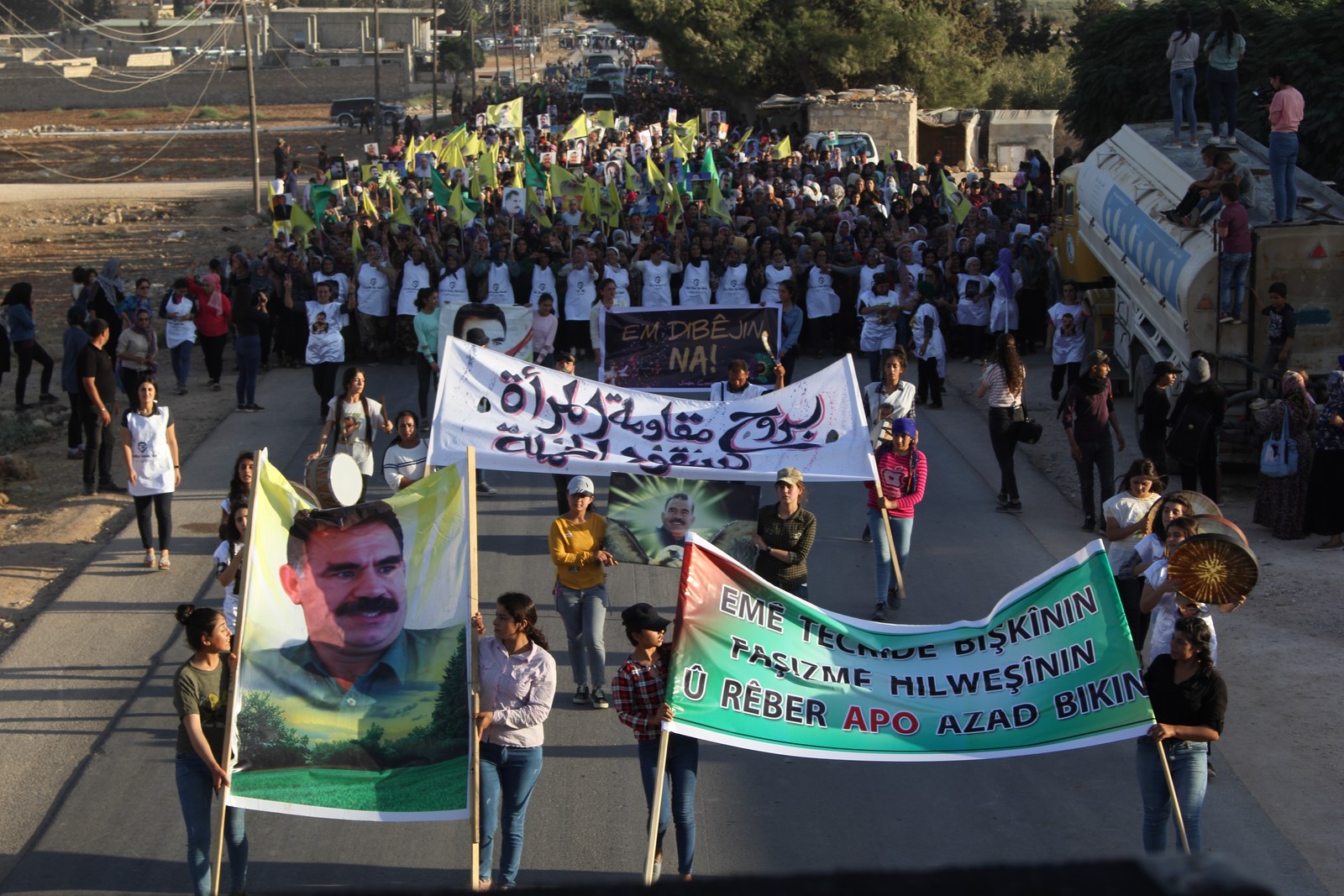 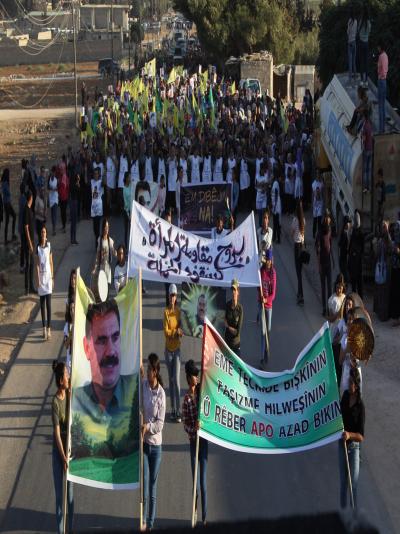 The youth of the Future Syria Party, (FSP) elected during their constituent conference in th...

The march of the Syrian Revolutionary Youth Movement, which came out to denounce the interna...
Old Website

​​​​​​​Kongra Star: We are facing historic danger, KDP must clarify its position