Hundreds of Al-Darbasiyah residents and its villages, civil and military institutions, gathered in front of the Martyrs' Families Council, and set out in a demonstration that roamed the streets of the city, during which the demonstrators raised banners reading "Long live Imrali resistance", "No to the Turkish occupation, no to the demographic change in Afrin, Serêkaniyê and Tal Abyad." Carrying the pictures of Ocalan, chanting slogans saluting Imrali resistance.

Upon the arrival of the demonstrators, Martyrs' Square, they stood for a minute of silence for the souls of the martyrs, followed by a speech by member of the General Council of the Democratic Union Party, Abdul Karim Sarokhan, denouncing the isolation of the leader Ocalan, condemning Turkey's oppressive policies, and said: “We are going through a sensitive and difficult phase because our power has become an international issue, all the ruling and hostile forces want to stand before our will in Rojava, so they are working to launch attacks on the region. "

"Turkey wants to occupy the region in new ways and methods. It aims at annihilation and erasing the will of the components of the region. The people of northern and eastern Syria’s response to the Turkish occupation is your gathering today in the arenas of struggle and resistance to denounce these attacks."

He also indicated that Turkey is convinced that the major changes are taking place in the Middle East, which has generated great concerns for Erdogan, so it has raised the pace of its attacks and interventions in these areas and made demographic changes, as Turkey suffers from a state of dispersion, weakness and internal division, so it interferes in all affairs. neighboring countries".

Then the demonstration ended by chanting slogans that salute Imrali's resistance and condemn the barbaric practices of the Turkish occupation state. 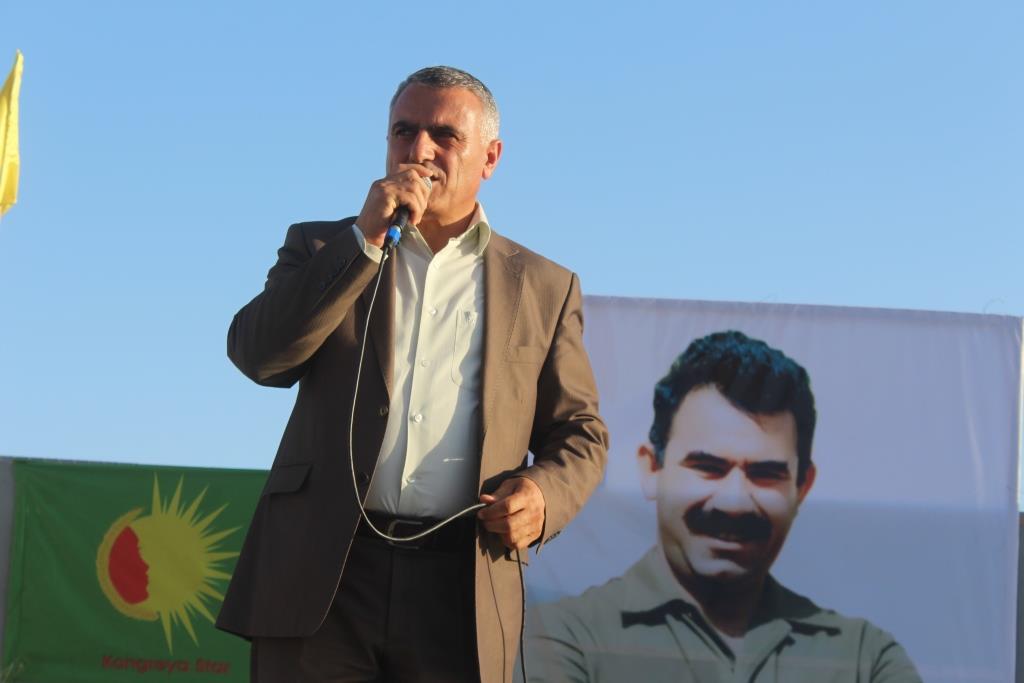 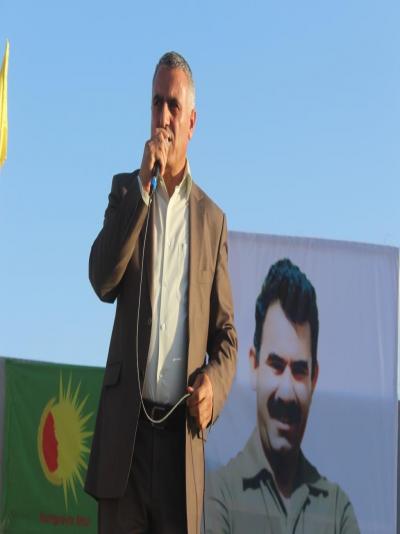 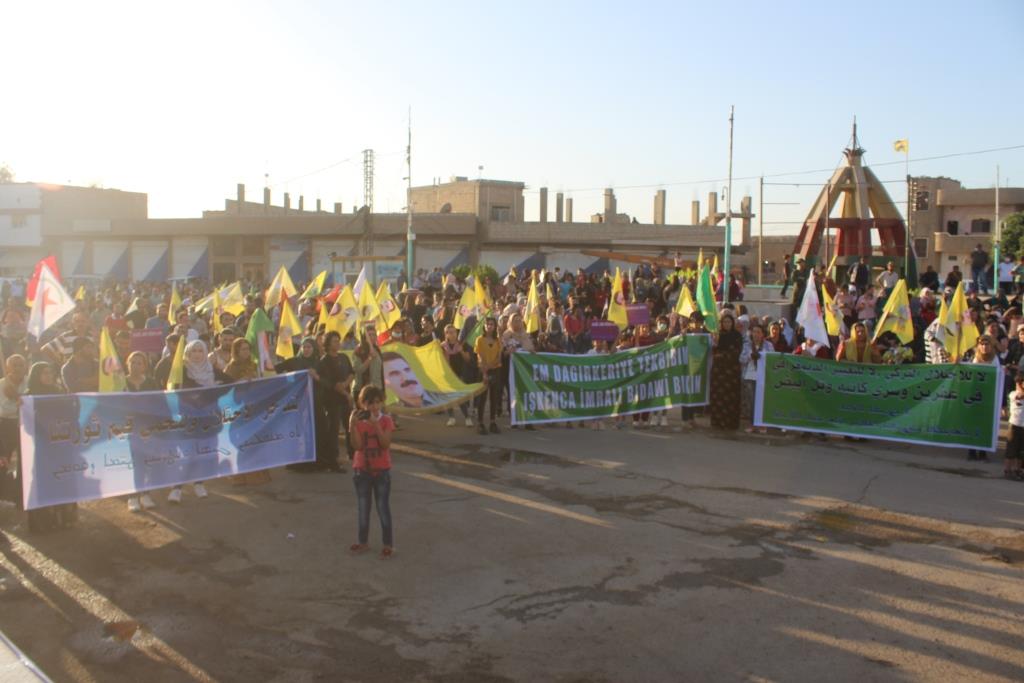 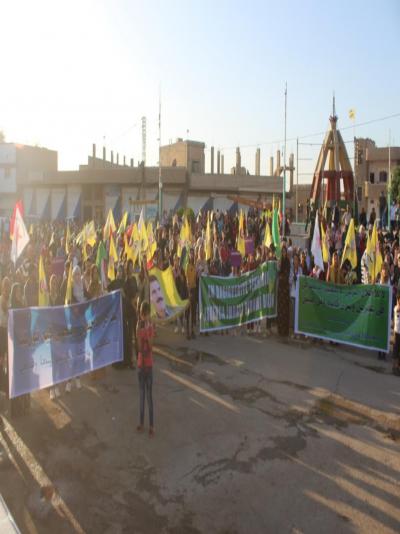 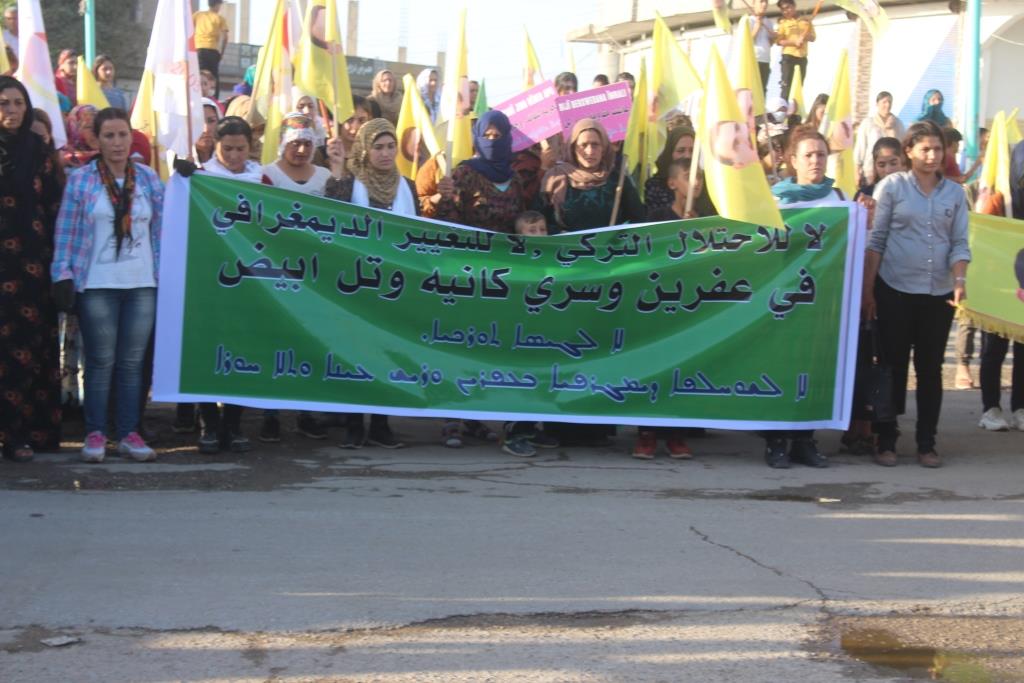 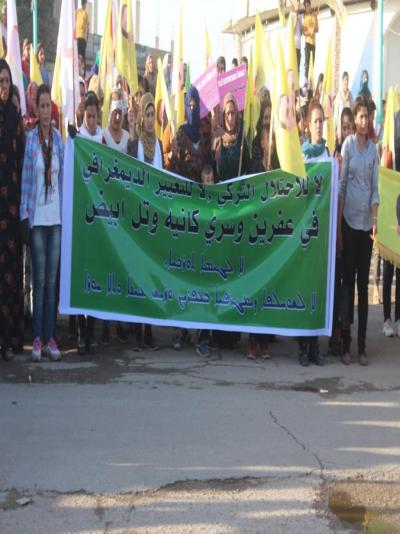 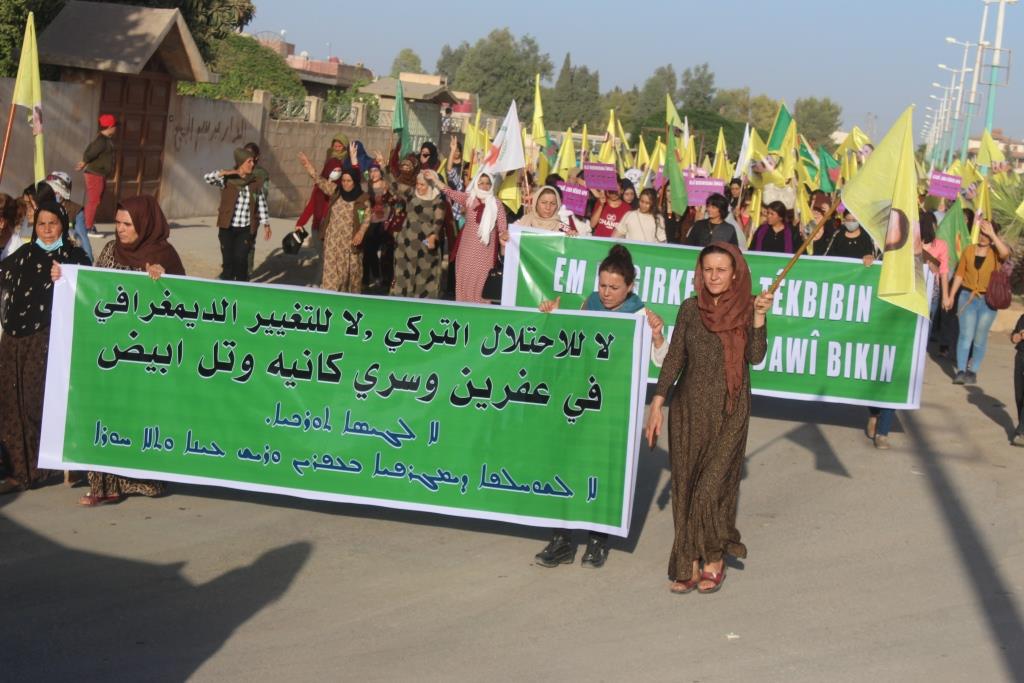 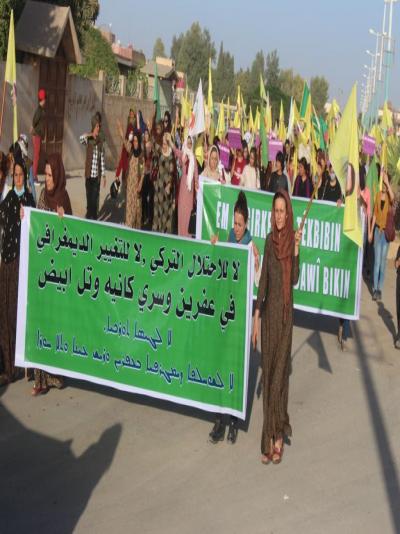 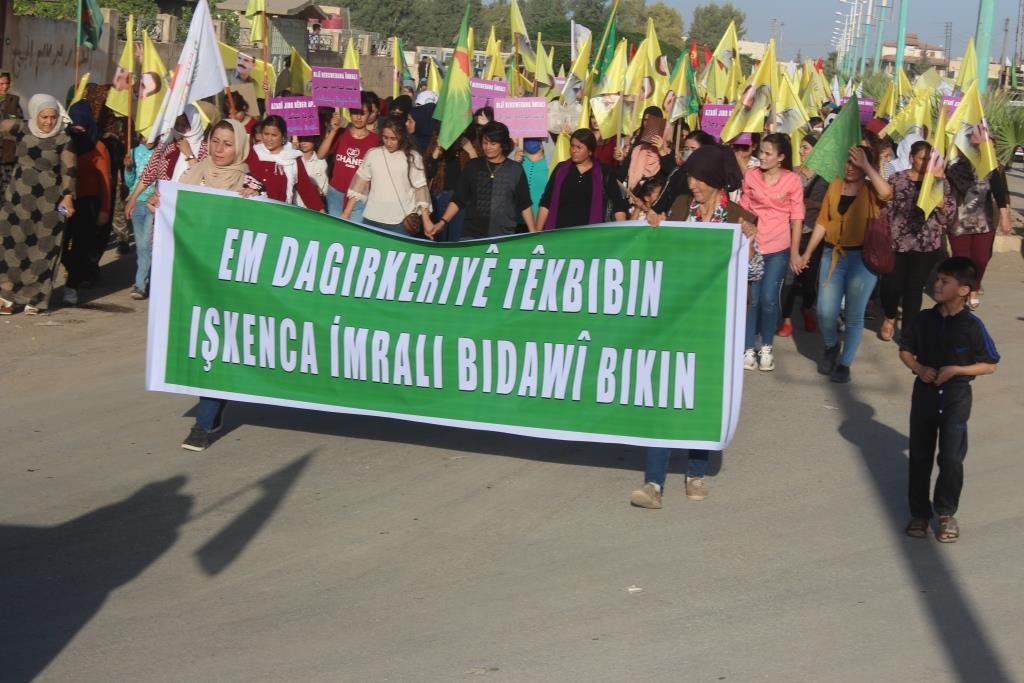 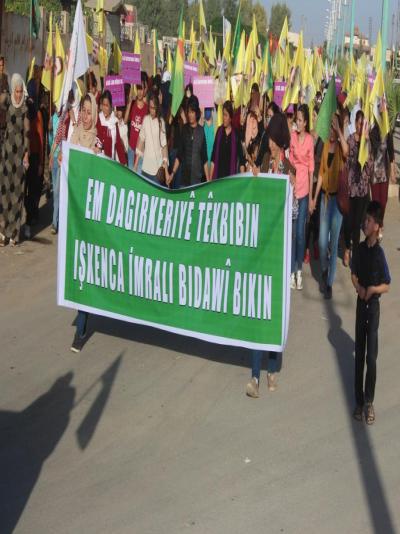 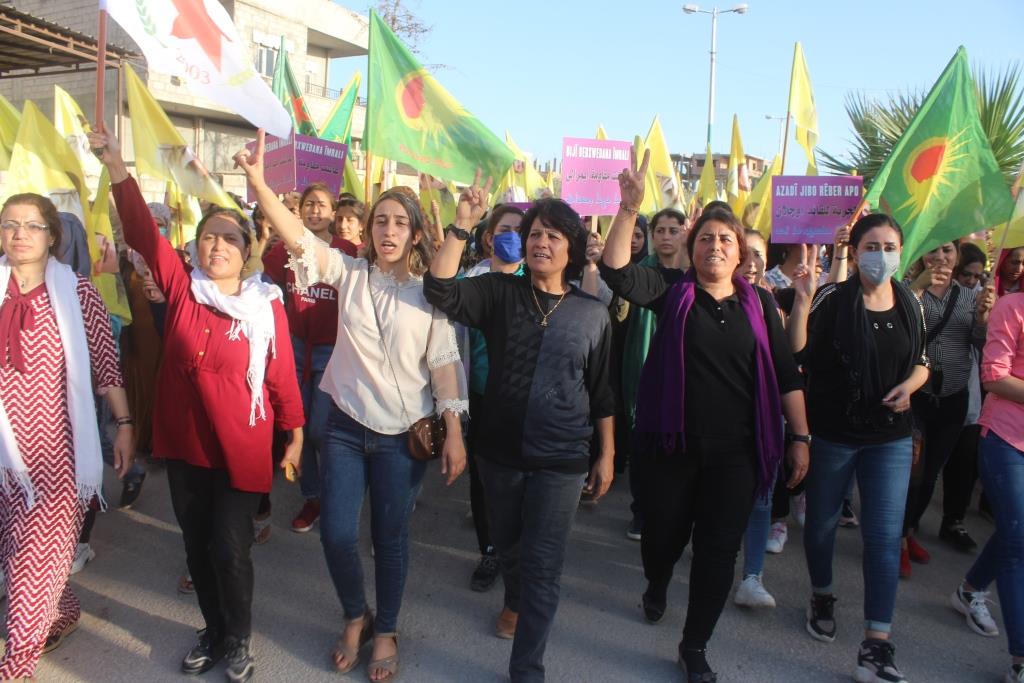 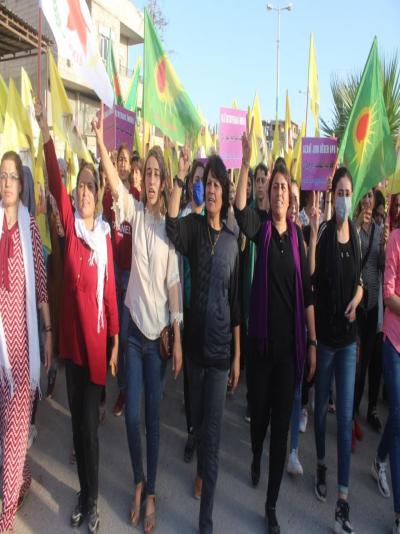 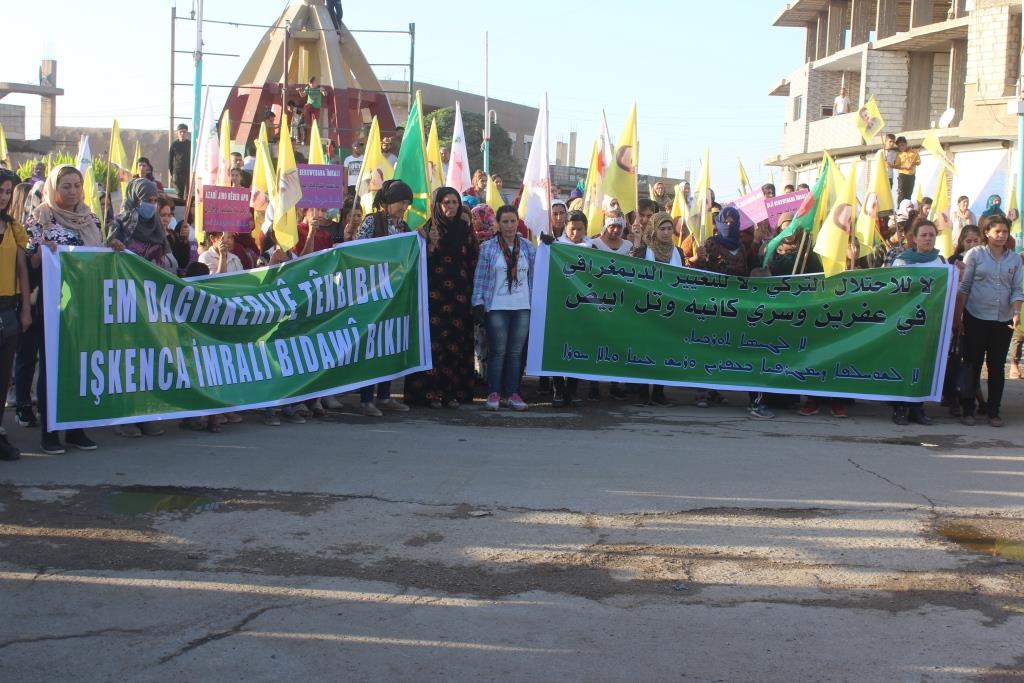 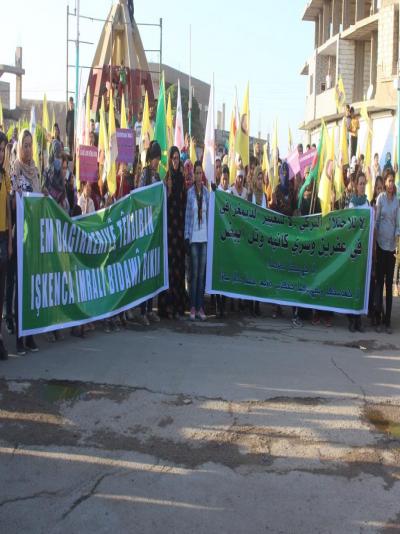 The Turkish occupation army and its mercenaries are bombarding the western countryside of Ai...

The co-chair of the Executive Council in the Democratic Civil Administration of Manbij and i...
Old Website