The celebration, in which the people of Qamishlo and hundreds of students participated began with holding  a minute of silence, followed by the opening speech of the Administrator of the Democrat Student Movement, Ronahi Ahmed, who announced on behalf of the Democratic Students Movement that they joined the campaign of the Kurdistan Community Union, and confirmed that they will stand in the face of all attacks of the Turkish occupation.

This was followed by singing performances by Styra Zerin Band, the Martyr Rojbeen Band and the Marty Botan Band.

Then the celebration was concluded with a folkloric dance performed by artists Baran and Sipan Khalat. 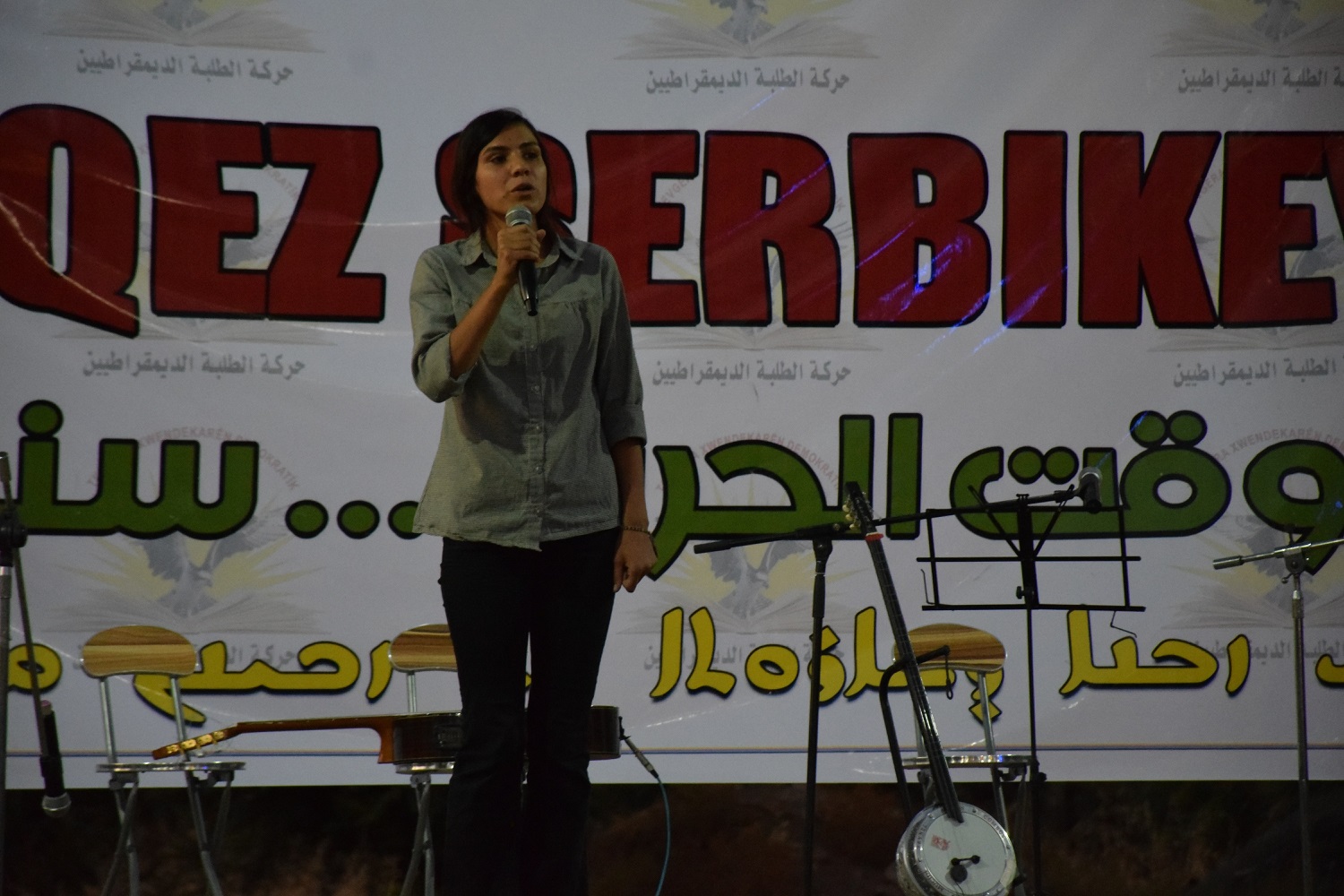 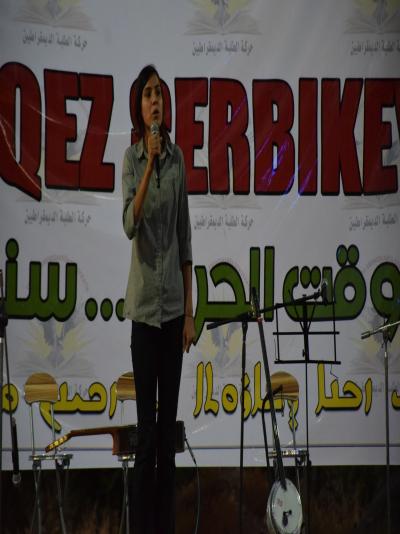 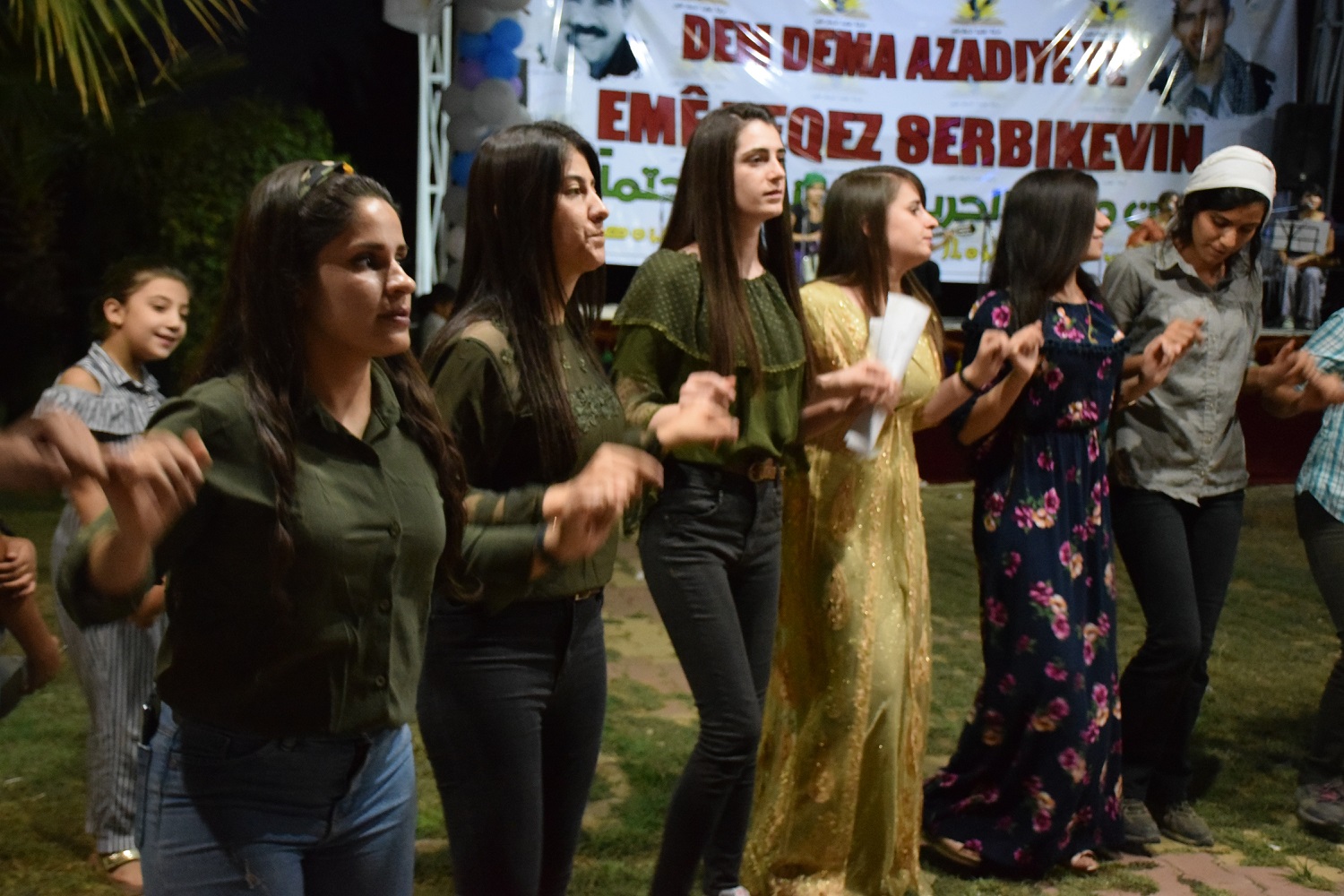 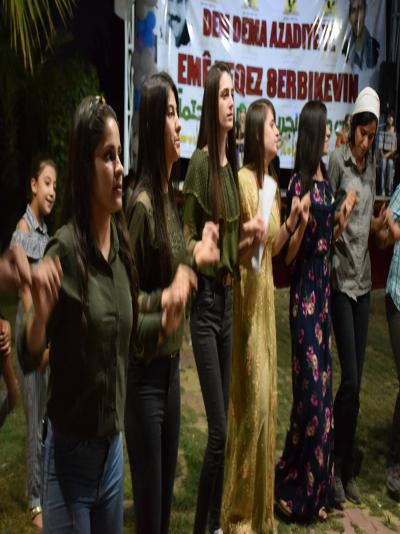 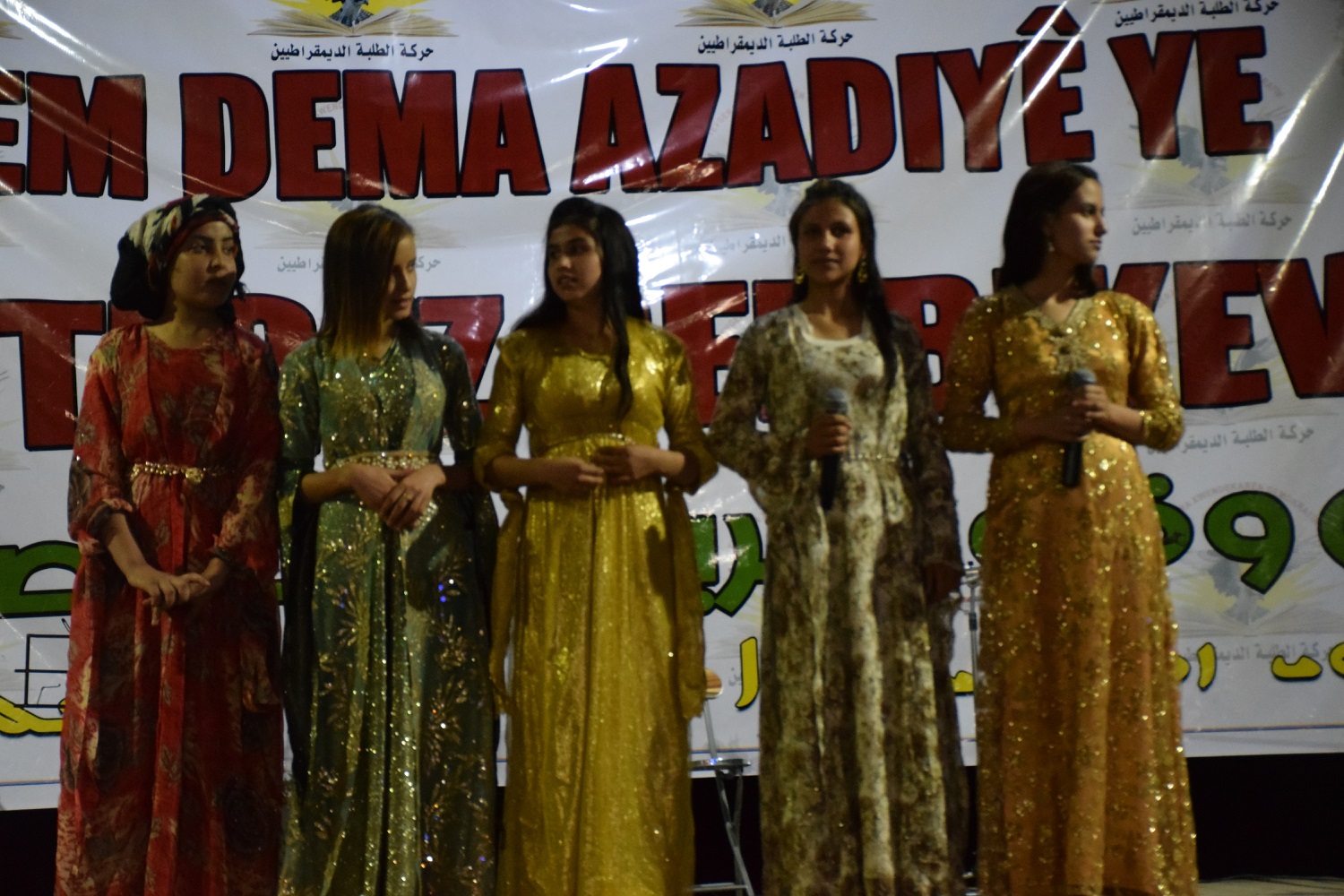 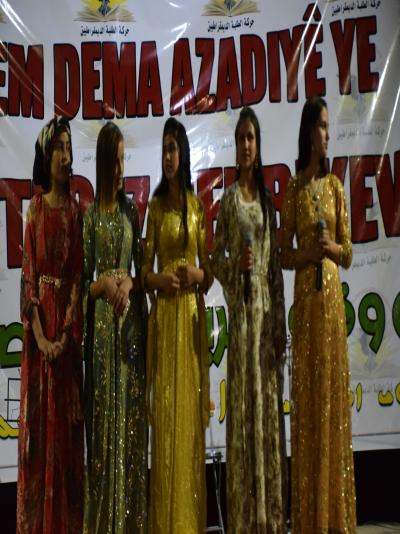 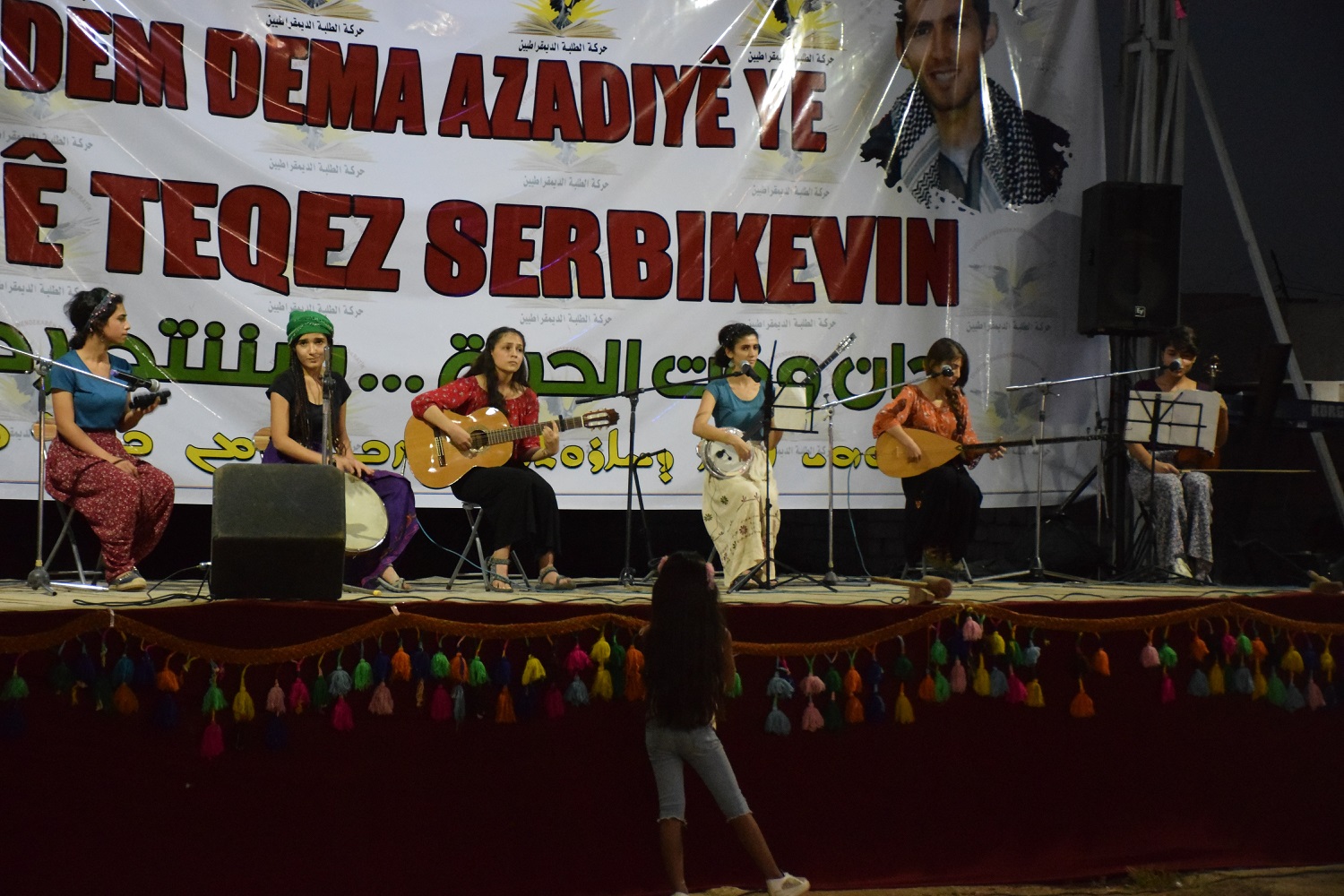 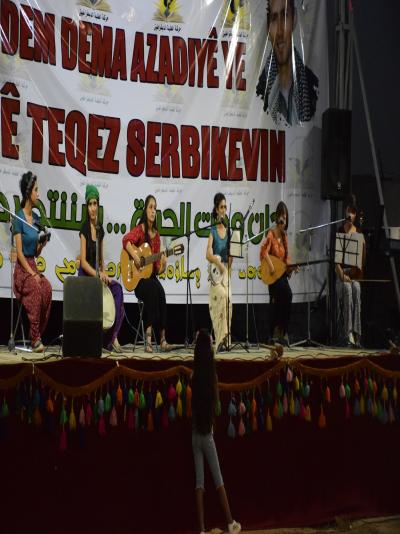 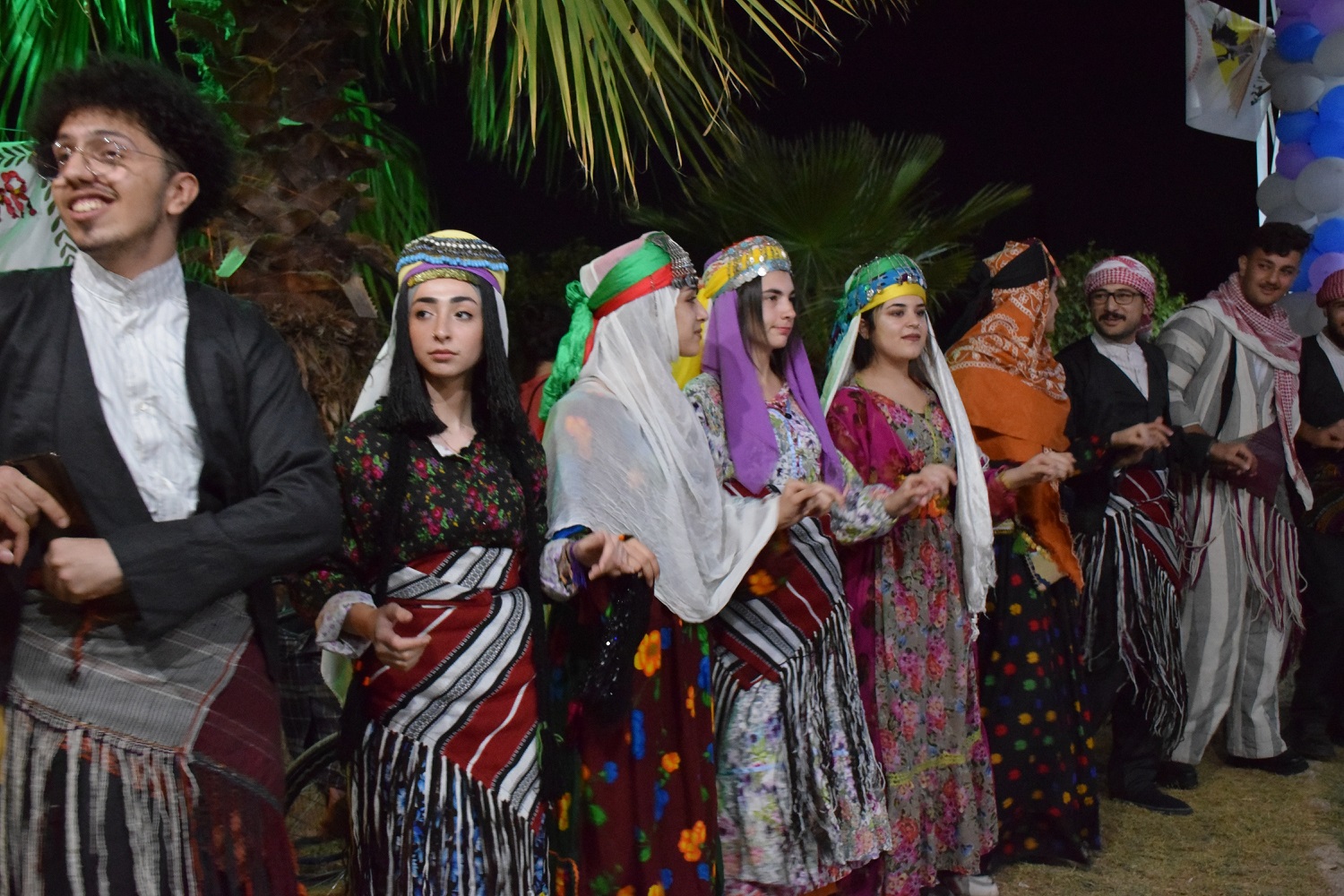 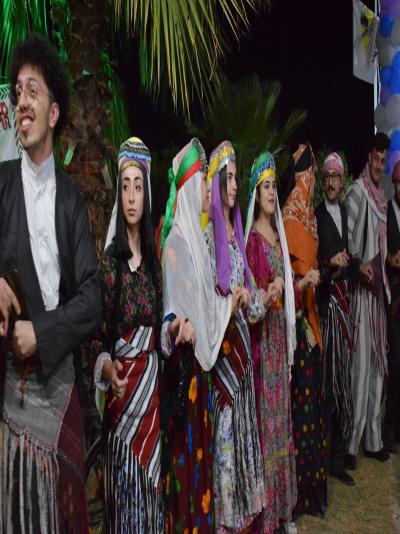 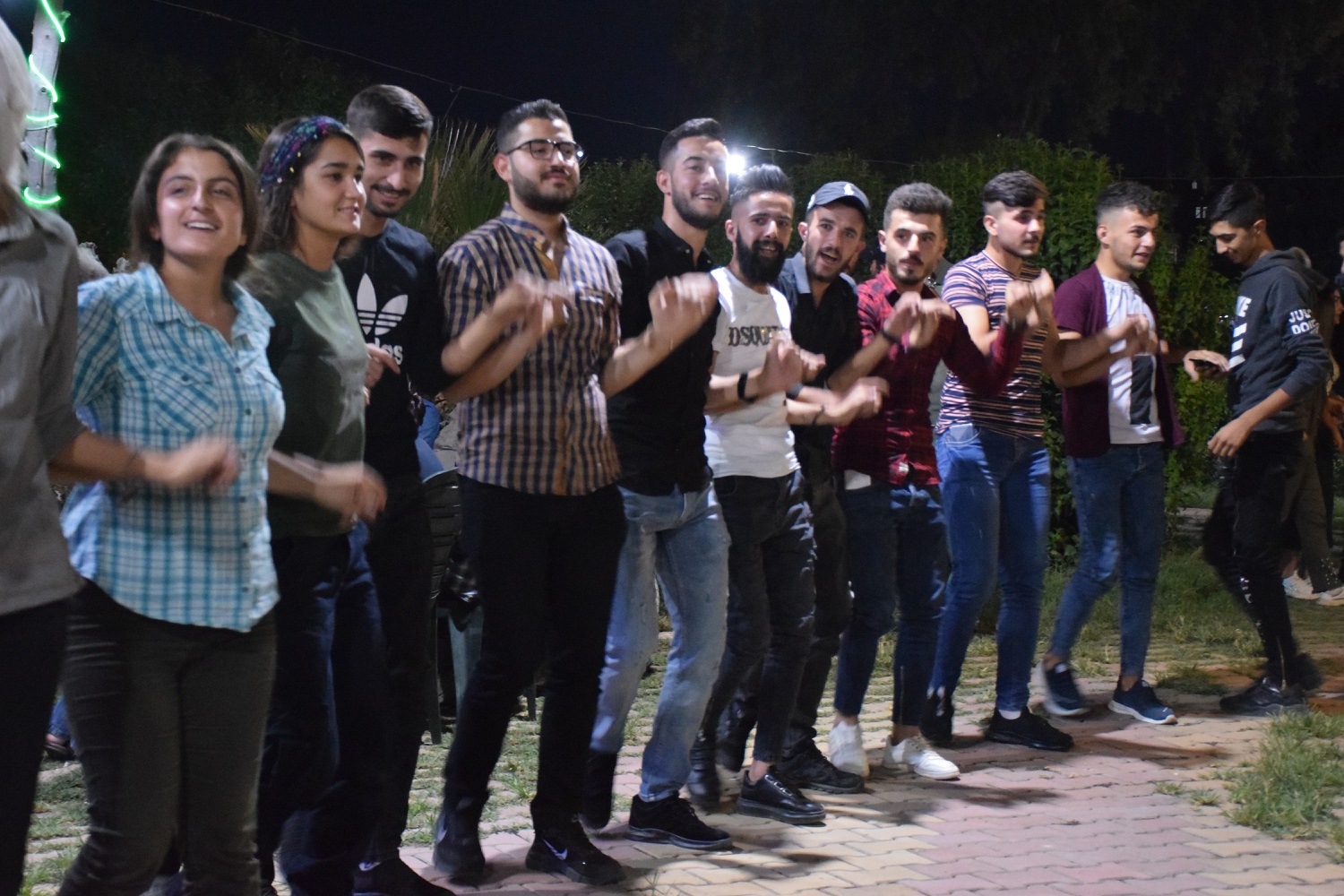 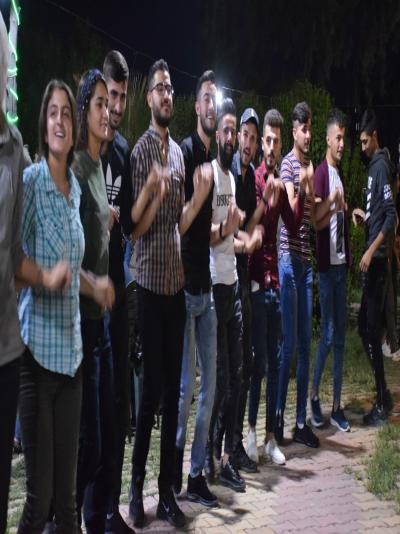