Hundreds of al-Shaddadi district and its villages' residents and representatives of the civil society organizations took part in a mass demonstration to demand the disclosure of the health and safety of the leader, Abdullah Ocalan.

The demonstrators carried banners of condemnation and protest, pictures of  Abdullah Ocalan and SDF's flags.

The demonstrators marched through the streets and neighborhoods of the city to gather at the Martyr Dalil Square, where the demonstration turned into a mass gathering.

After a minute of silence, Dalia Afrin, the member of Kongra Star Coordination, Al Jazeera region said: "On behalf of Kongra Star Coordination and the civil institutions, we condemn the international policies and the Turkish state's policy against the peoples of the region in the person of the international leader, the leader of freedom, Abdullah Ocalan."

Dalia Afrin expressed concern about the health and safety of Ocalan following reports of a fire on the island of Imrali.

She also called on the international community to intervene to allow visiting Ocalan, and appealed to the people of the region to continue their activities until Ocalan's status in Imrali prison is revealed. 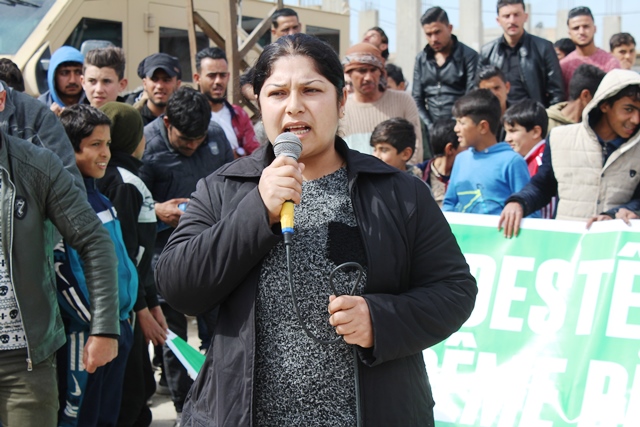 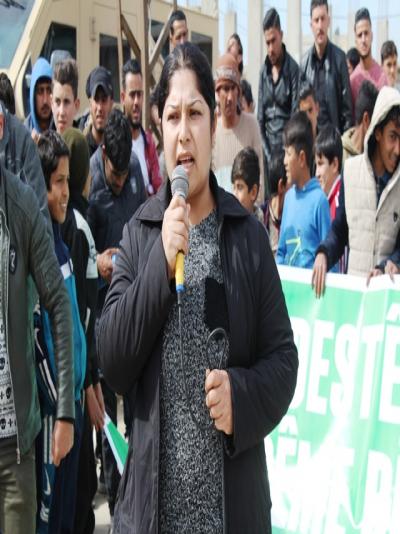 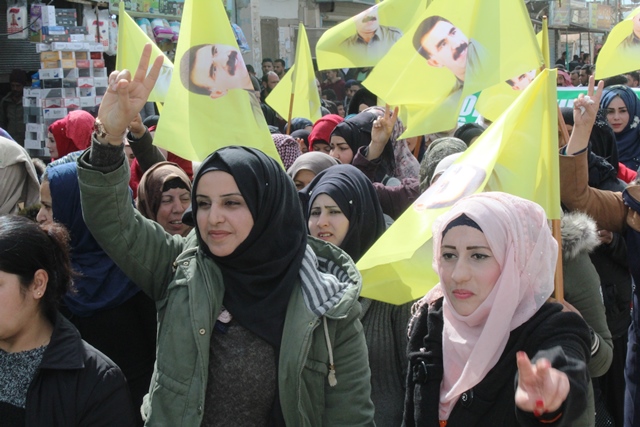 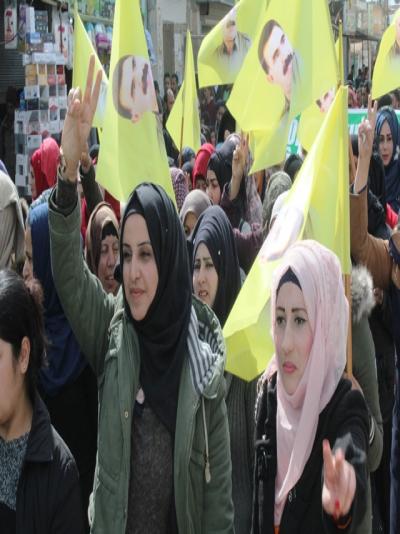 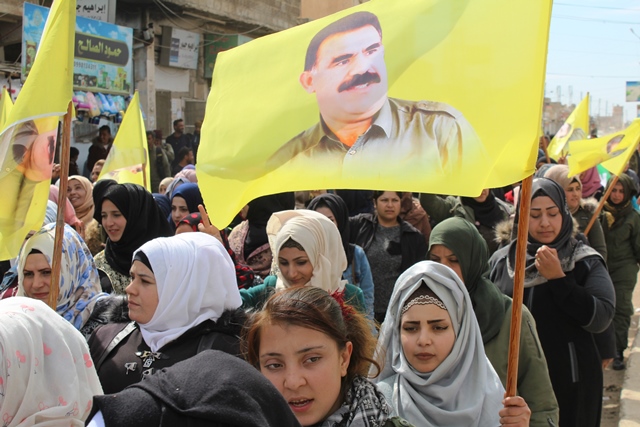 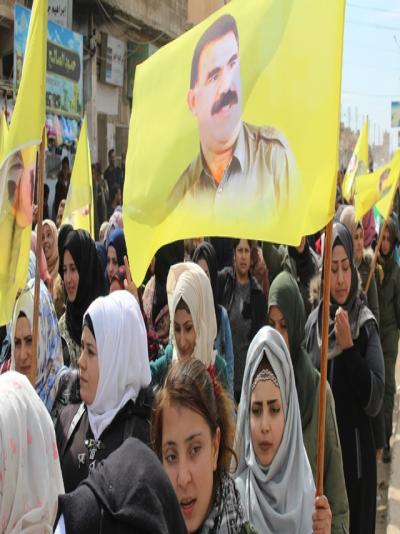 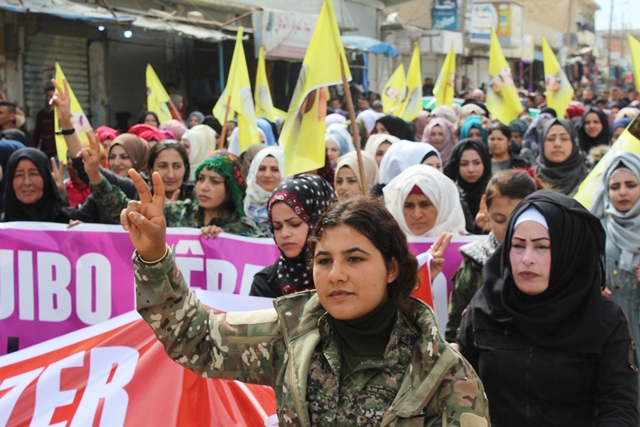 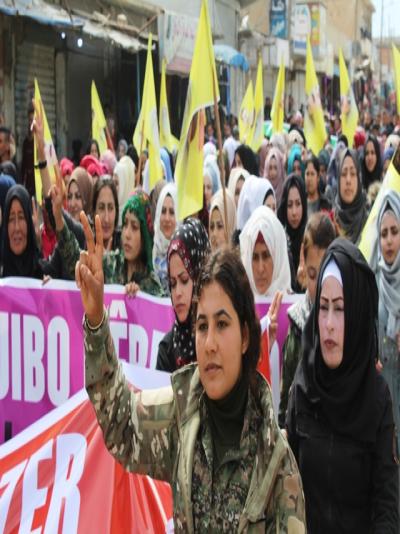 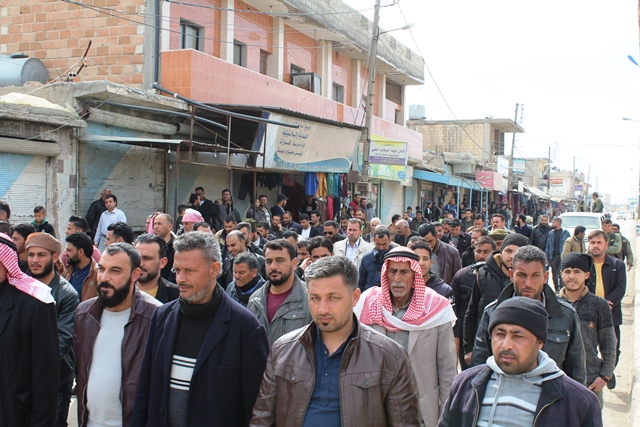 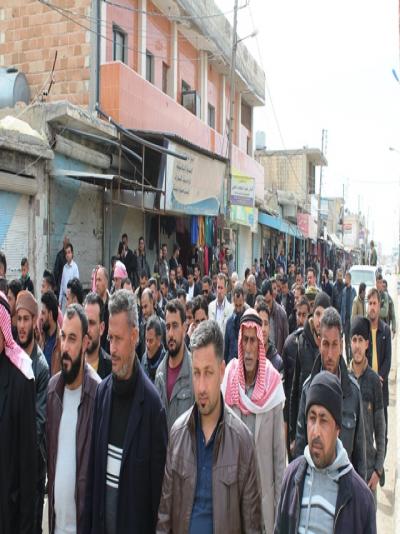 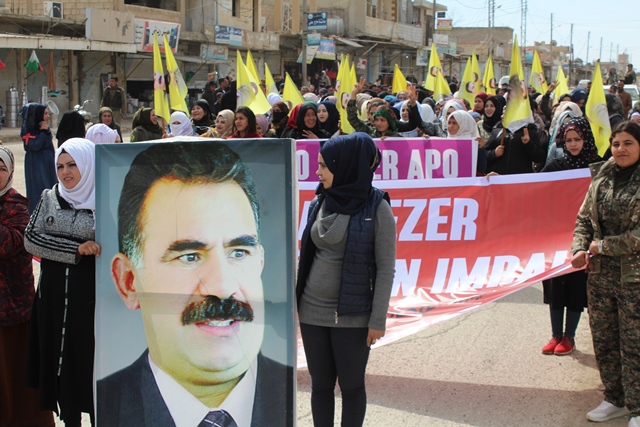 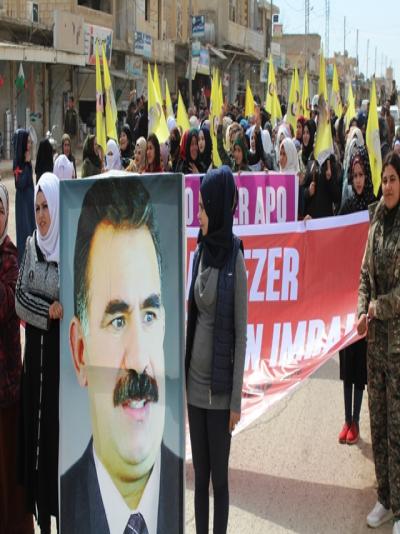 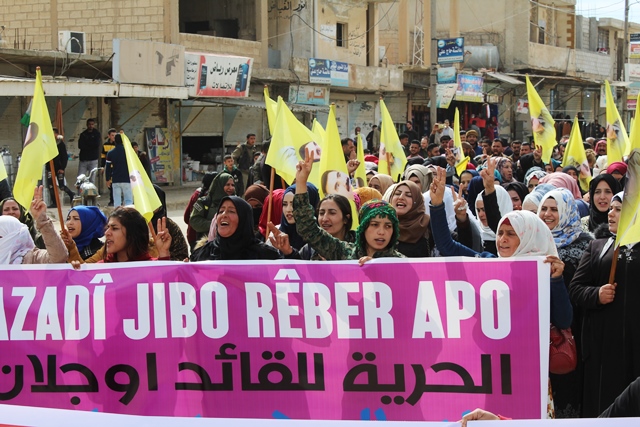 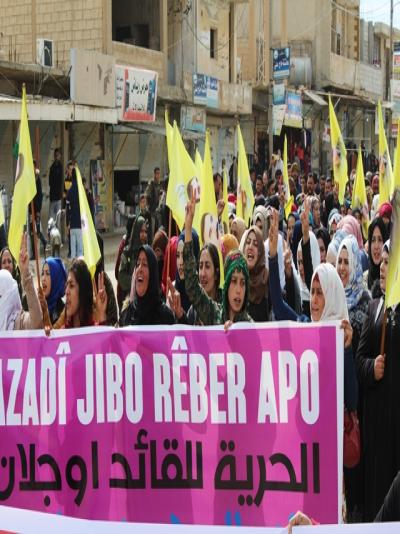