Today marks the 16th anniversary of the Qamishlo Uprising, and on this occasion, the Youth and Sports Authority in al-Jazeera region organized a sports carnival in the stadium of the March 12th Martyrs under the slogan "Brotherhood of the peoples is a guarantee of societies' freedom." The stadium was filled with thousands of attendees from various regions of Qamishlo and Deir ez-Zor.

The March 12th Martyrs Stadium was decorated with pictures of all 36 martyrs who martyred during the Qamishlo Uprising, the pictures of the leader Abdullah Ocalan, the flags of the Syrian Democratic Forces (SDF), the People and Women Protection Units (YPG, YPJ) and the Democratic Society Movement (TEV-DEM).

Banners were hung on the walls of the stadium with "We reject all kinds of denial and national smelting," "Let's work together for a pluralistic, democratic Syria" and "The people's fraternity is the guarantee of freedom of societies" written on.

During the sports carnival, the co-chair of Qamishlo Canton Council, Perwin Yusuf, explained that the Syrian regime tried to create discord between the Kurdish and Arab peoples, and said: "The young Kurds did not give up to the policies and attacks of the Baathist regime because they realized the value of their cause."

Perwin Yusuf noted: "The friendly match that we witnessed today between the two teams failed all attempts by the regime, through which it tried to hit the components with each other."

During the course of the initiative, the attendees encouraged both teams, emphasizing that the brotherhood of the people is stronger than all conspiracies.

After the match ended, the Youth and Sports Authority presented a shield of appreciation to the Deir ez-Zor Club's team. 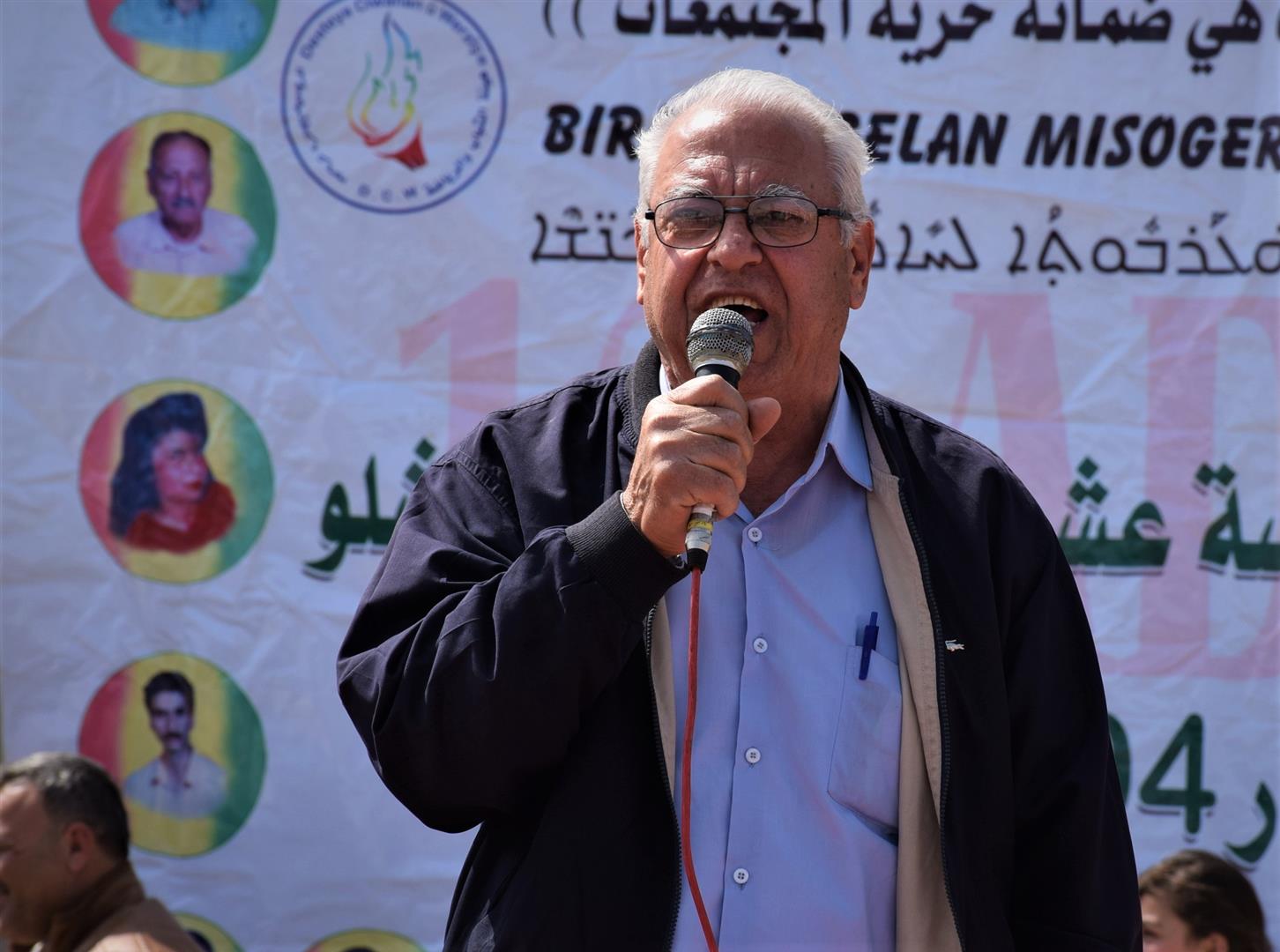 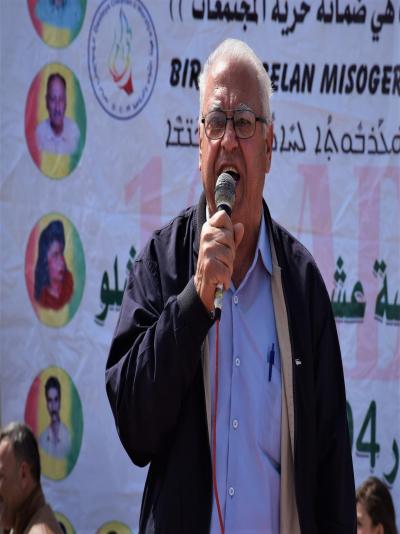 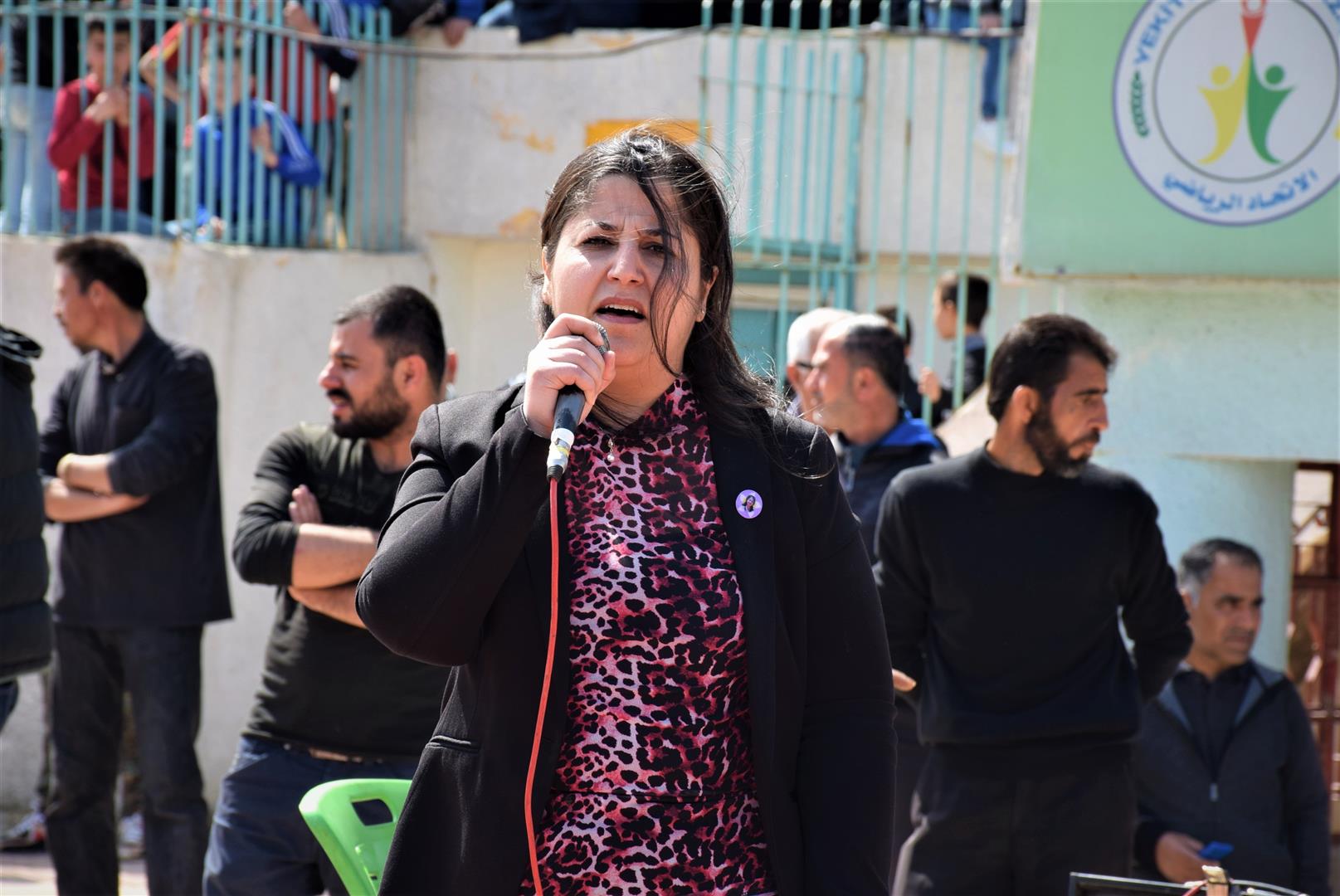 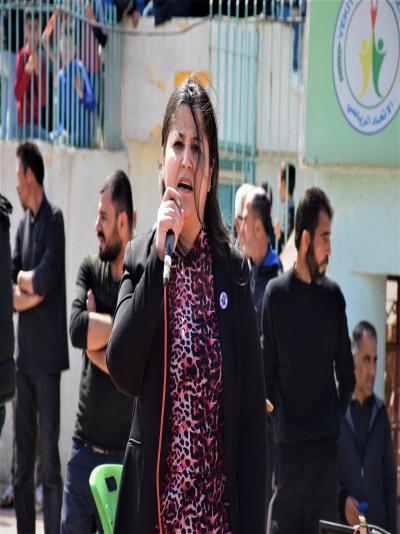 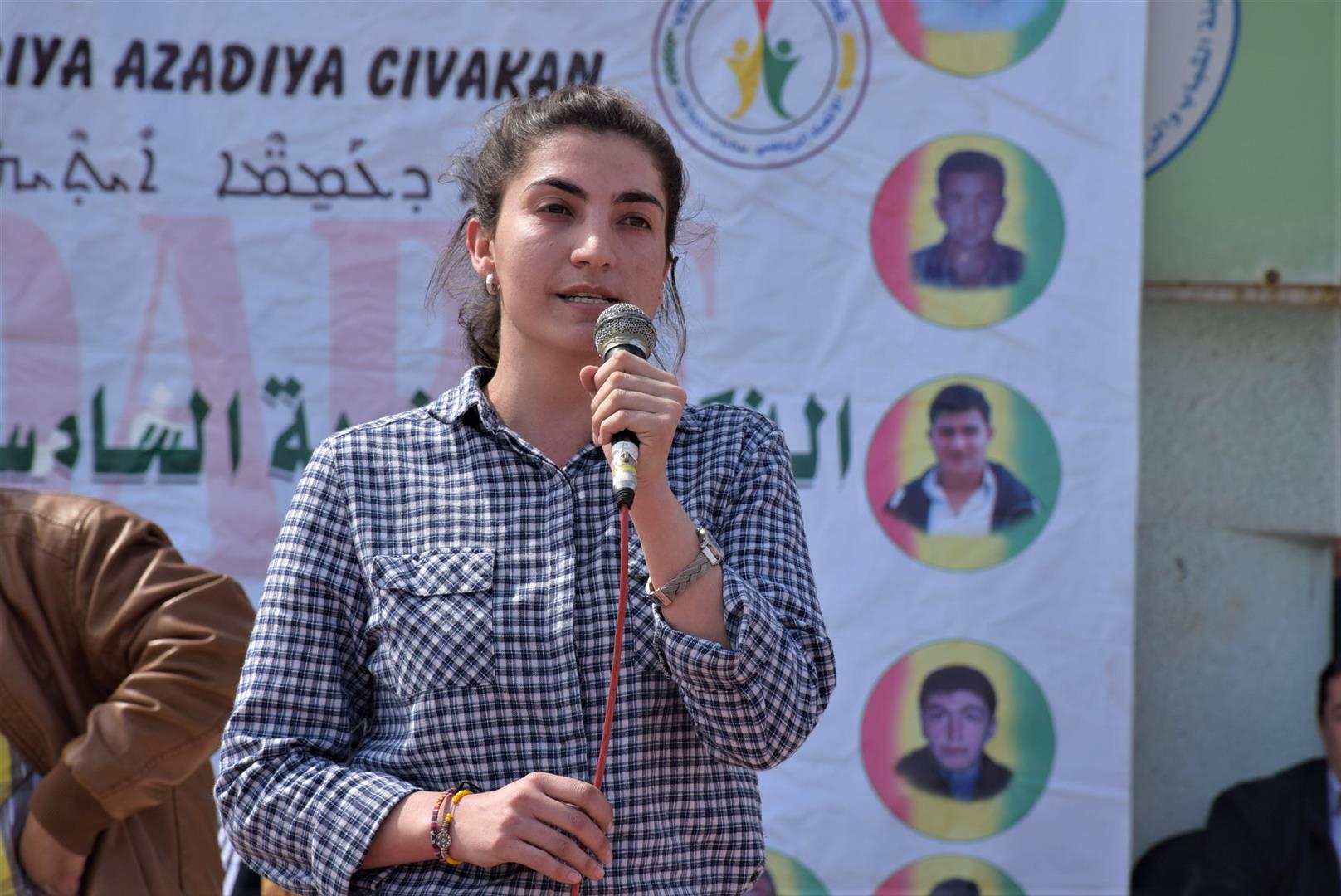 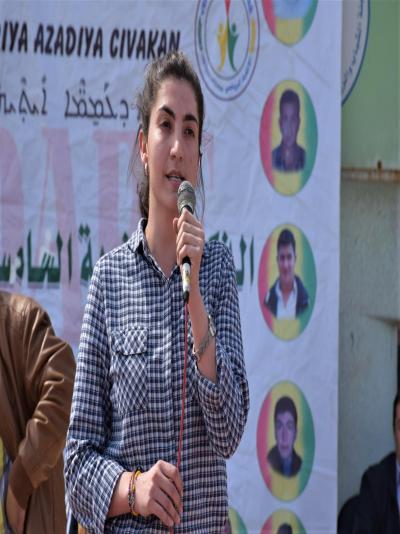 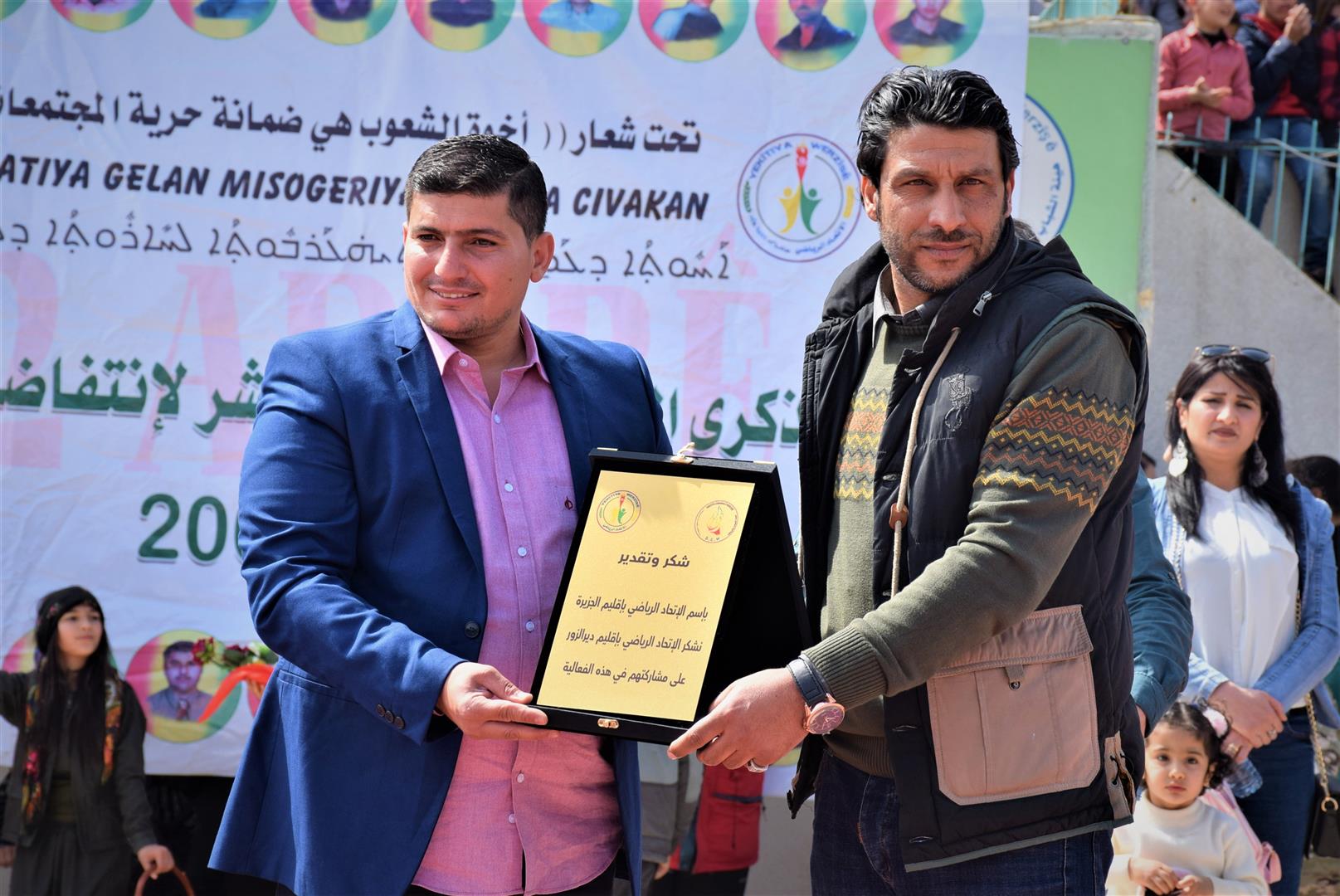 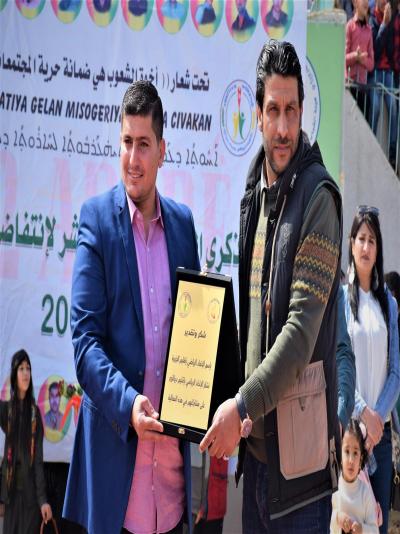 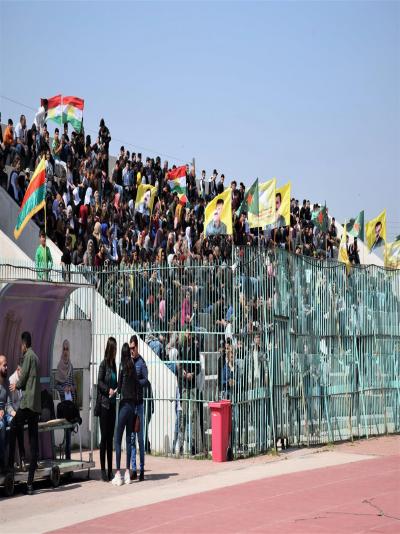 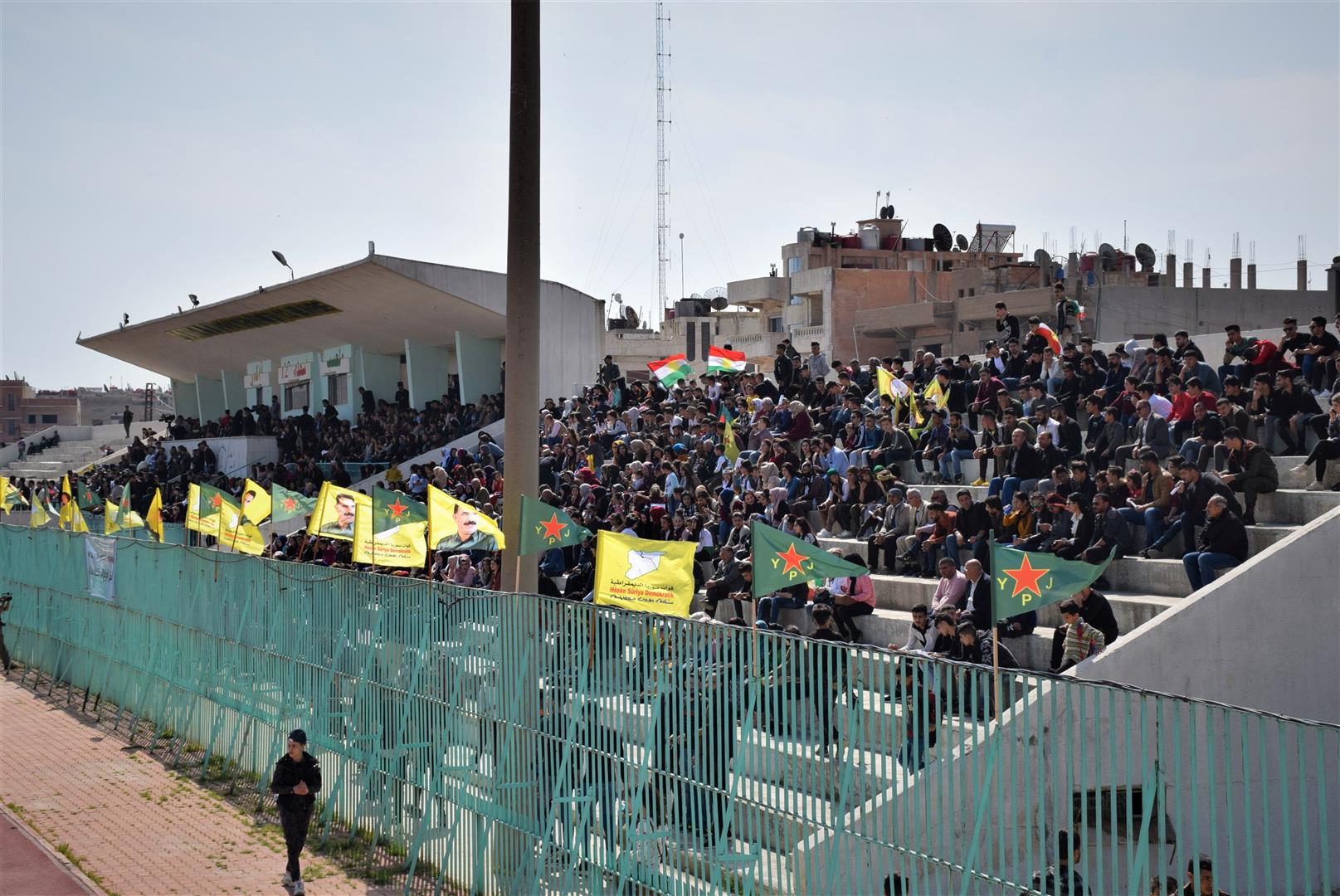 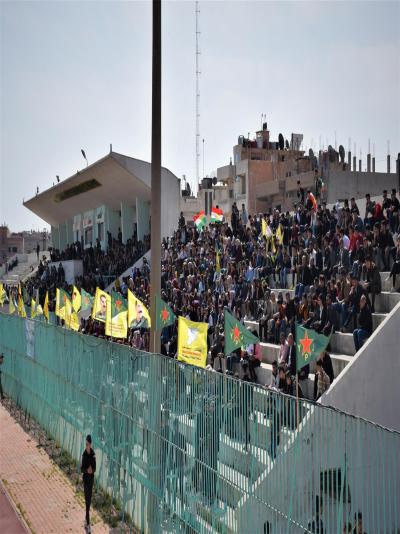 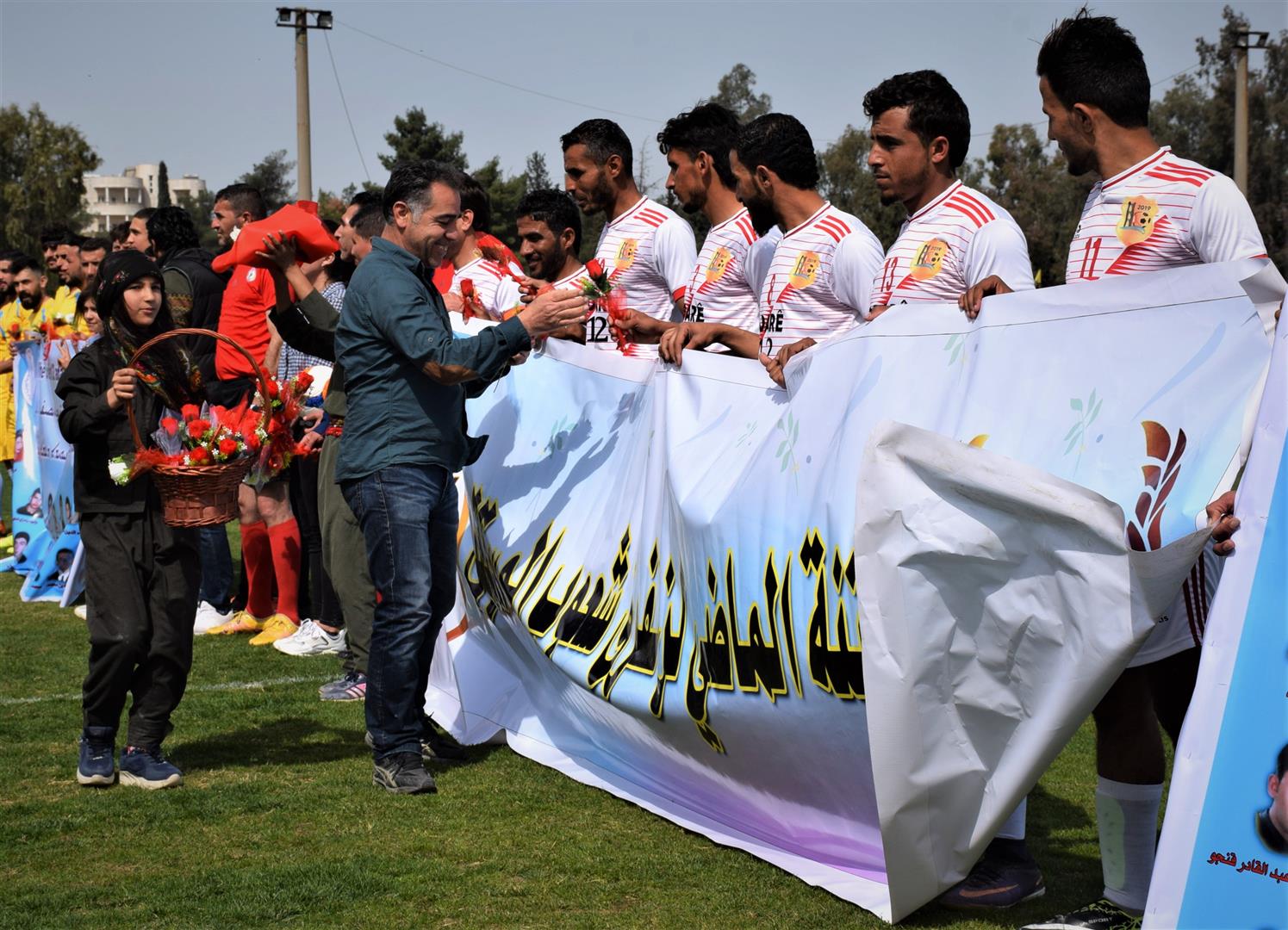 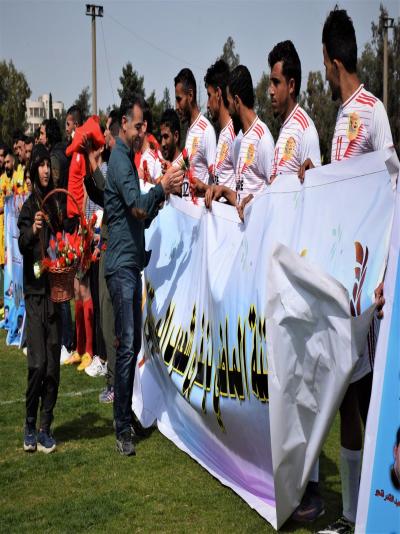 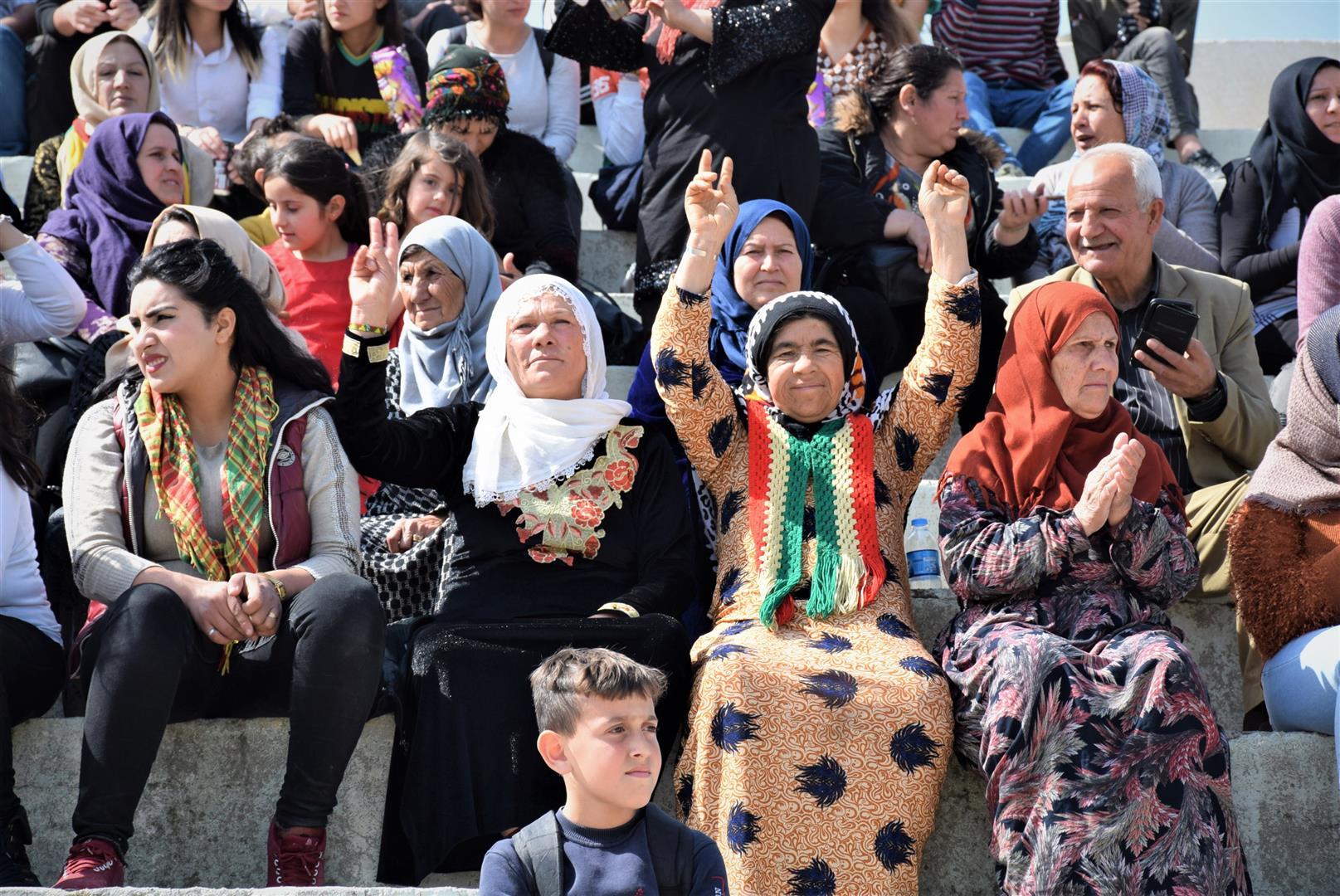 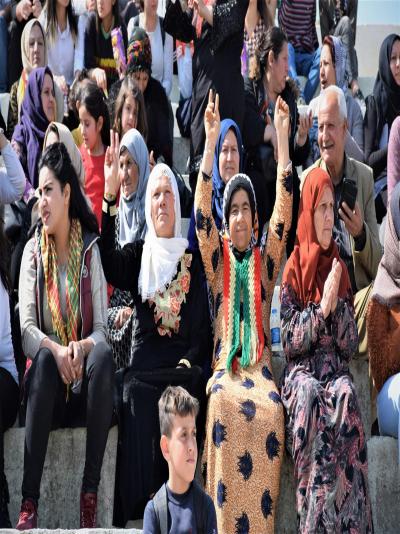 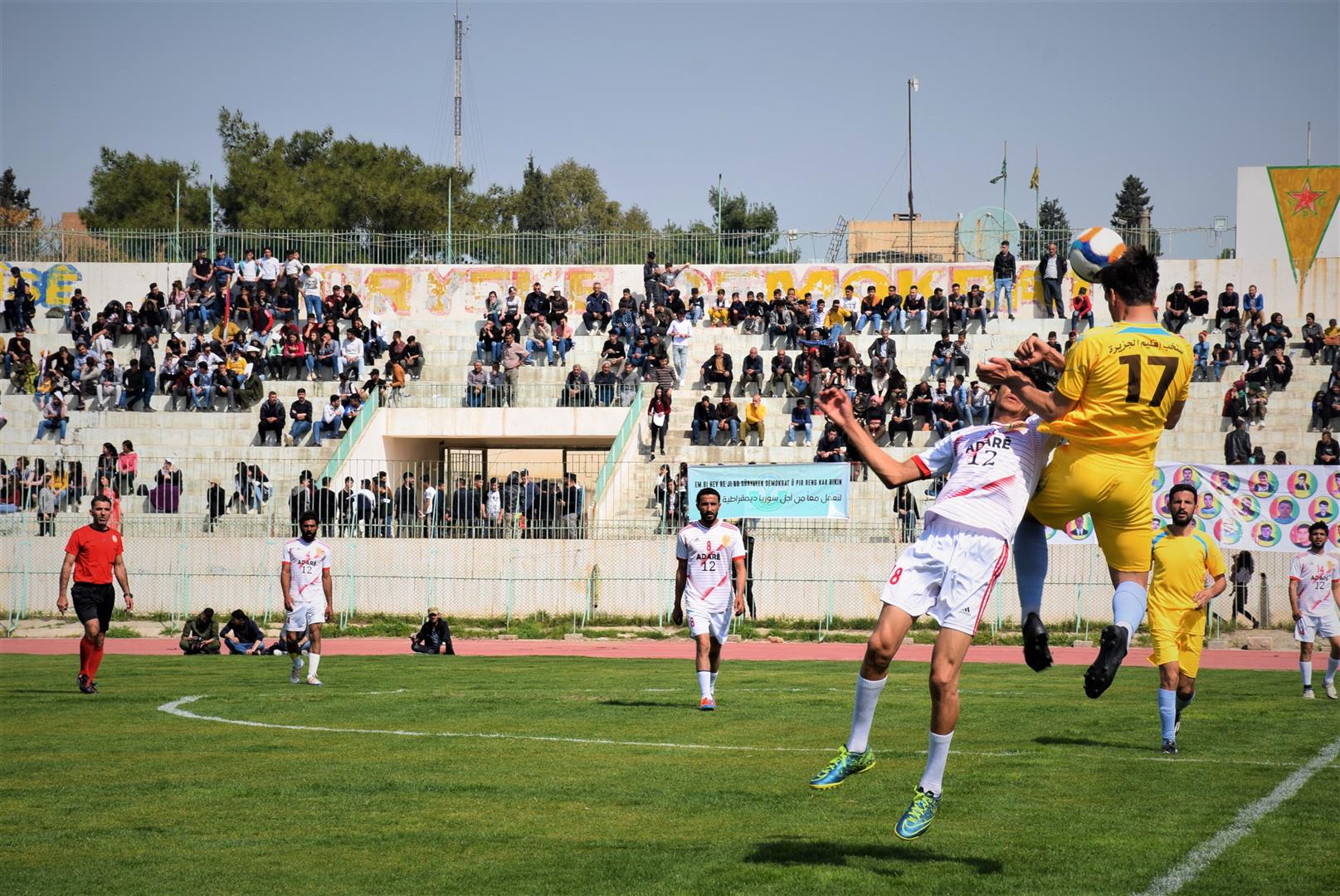 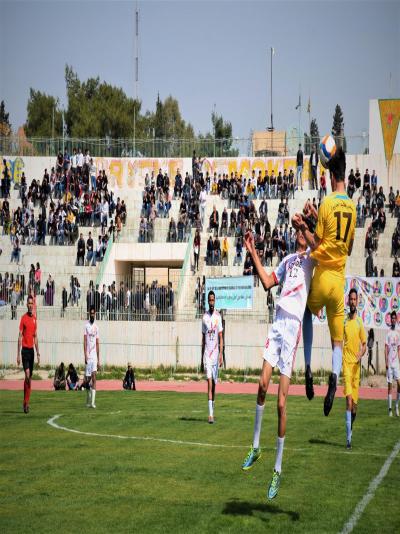 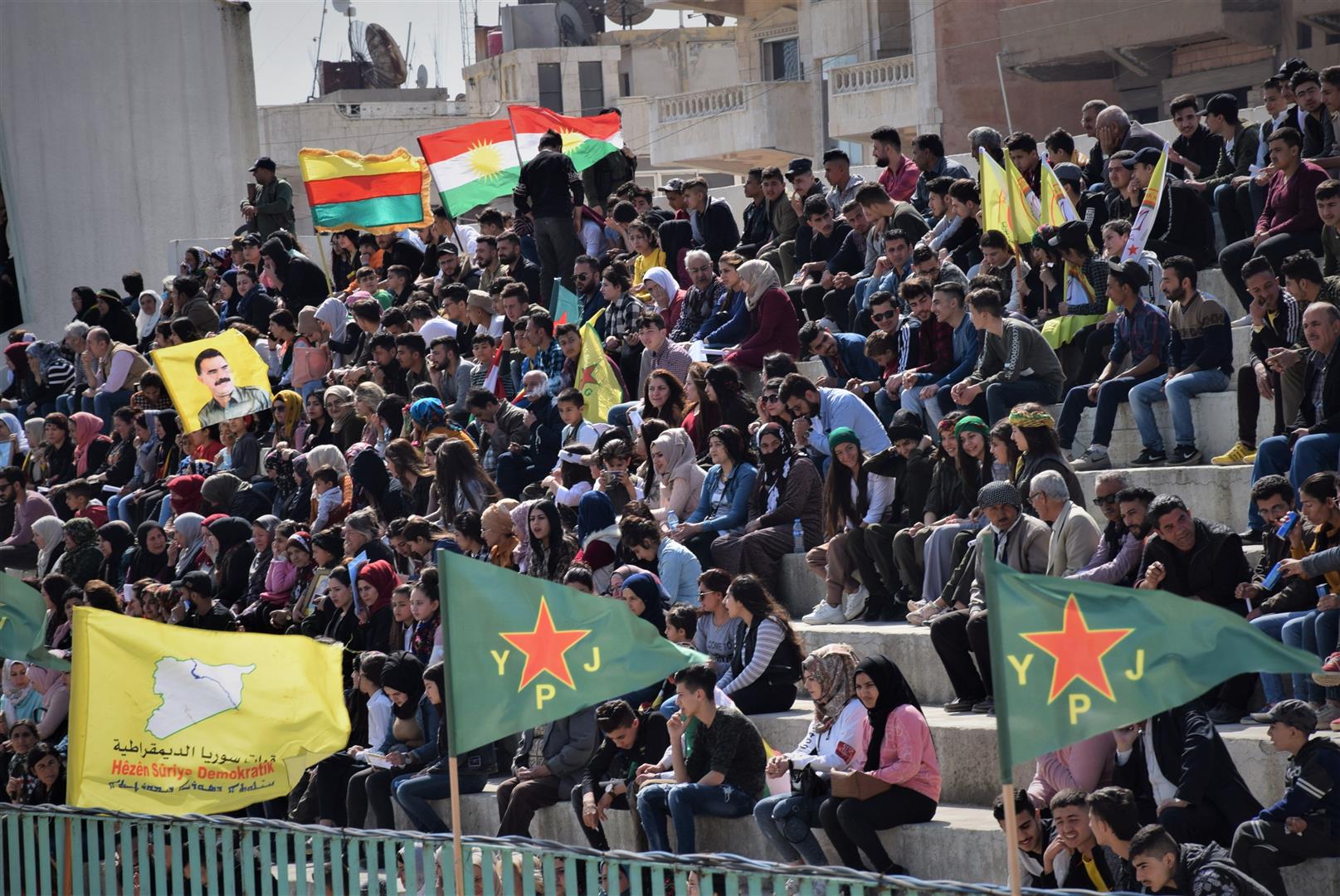 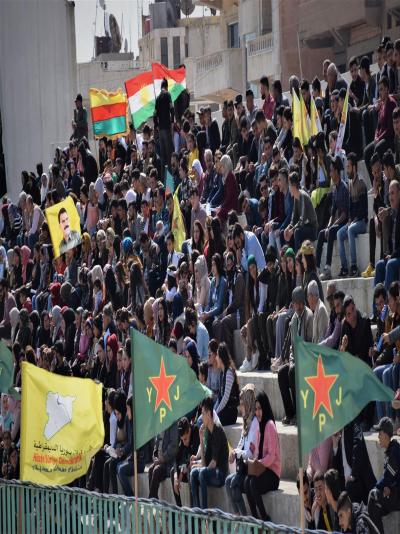