Hundreds of residents of the western countryside of Deir ez-Zor and members of civil and military institutions headed towards al-Makman junction to receive the body of the martyr "Polat" his real name is Mohammed Khatat fighter in the ranks of the Syrian Democratic Forces, he was martyred on the fourth of March.

After receiving the coffin of the martyr decorated in red and the wreaths of roses and the figures of the doves symbolizing peace, a convoy of dozens of cars left towards the shrine of the martyr Khader Hamada in the area of ​​Abu Khashab.

In the shrine, after the mourners held a minute of silence, a military parade by the Syrian democratic forces, the leader of the Syrian Democratic Forces Azad al-Ahmad delivered a speech in which he expressed his condolences to the family of the martyr confirming that they will follow the path the martyrs and will not forget their sacrifices.

Azad pledged that they will, in few days, bring relief to the heart of humanity in general and to the hearts of the martyrs' mothers, especially the elimination of the last terrorist in northern and eastern Syria."

Then, administrator in local councils Khalid Al-Amo, stressed the role of the organization in the next stage in the civil and military institutions to get rid of the mentality and thought planted by Daesh mercenaries in the region and everyone should play their leading role in this area and build a democratic society based on freedom,

After completing the speeches, a member of the Martyrs' Families Foundation, Wafaa Al-Jalal, read the martyrdom document and handed it over to the relatives of the martyr.

The martyr's comrades of the path and weapon raised the body of the martyr "Mohammed Khatat" on their shoulder, amid the voices of mourners' slogans that glorify the martyrs and salute the resistance of the Syrian Democratic Forces to be buried in the last resting place in the shrine of the martyr Khader Hamada in the area of ​​Abu Khashab. 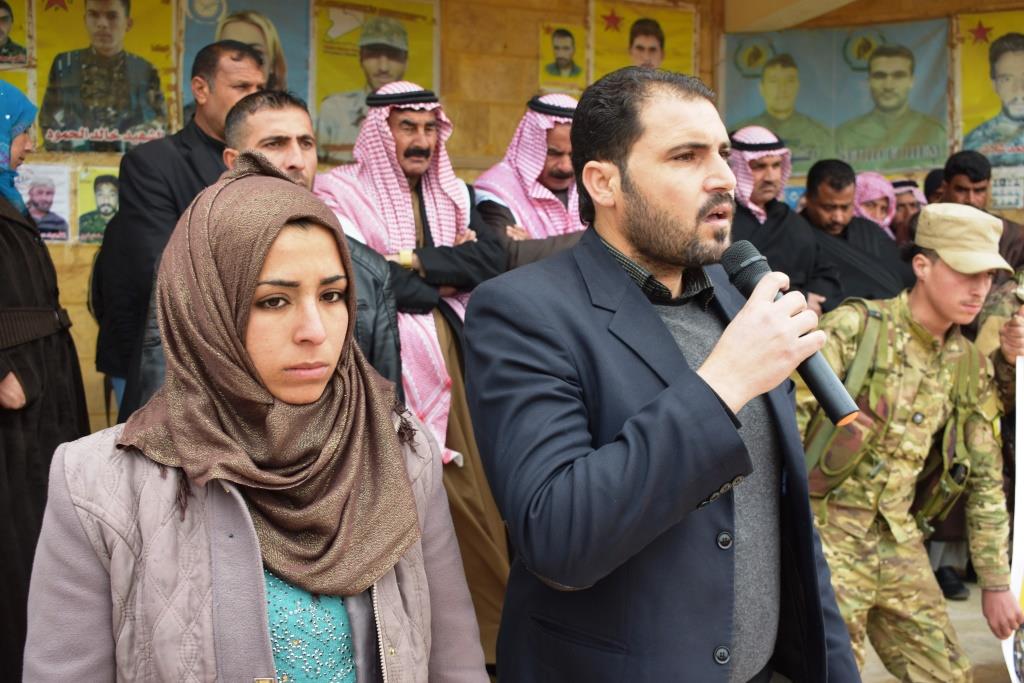 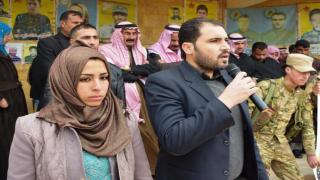 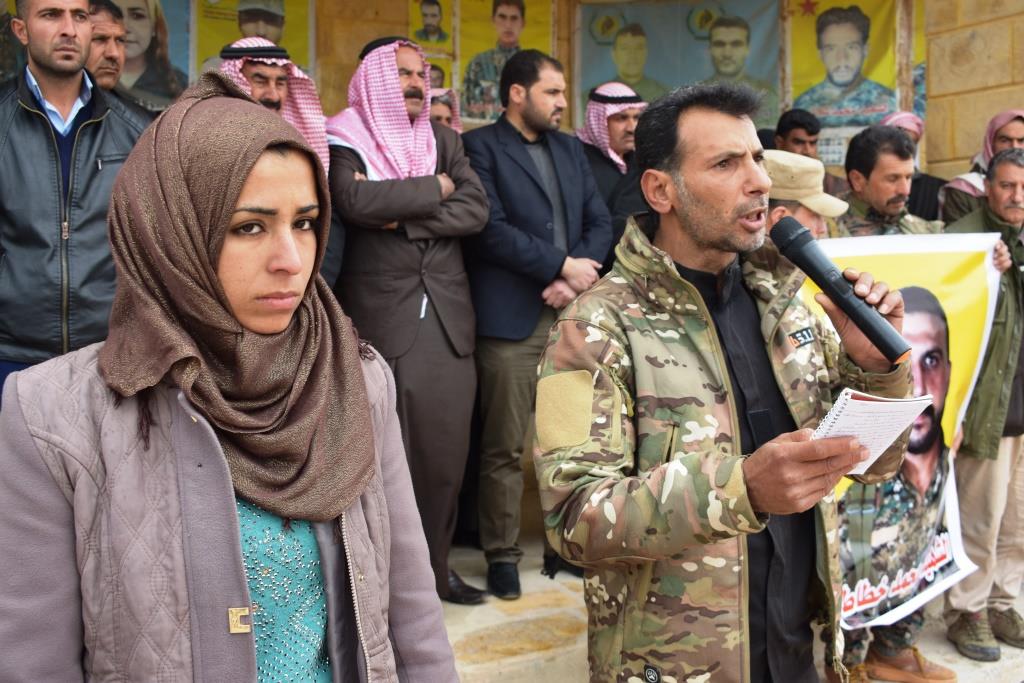 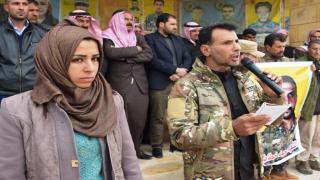 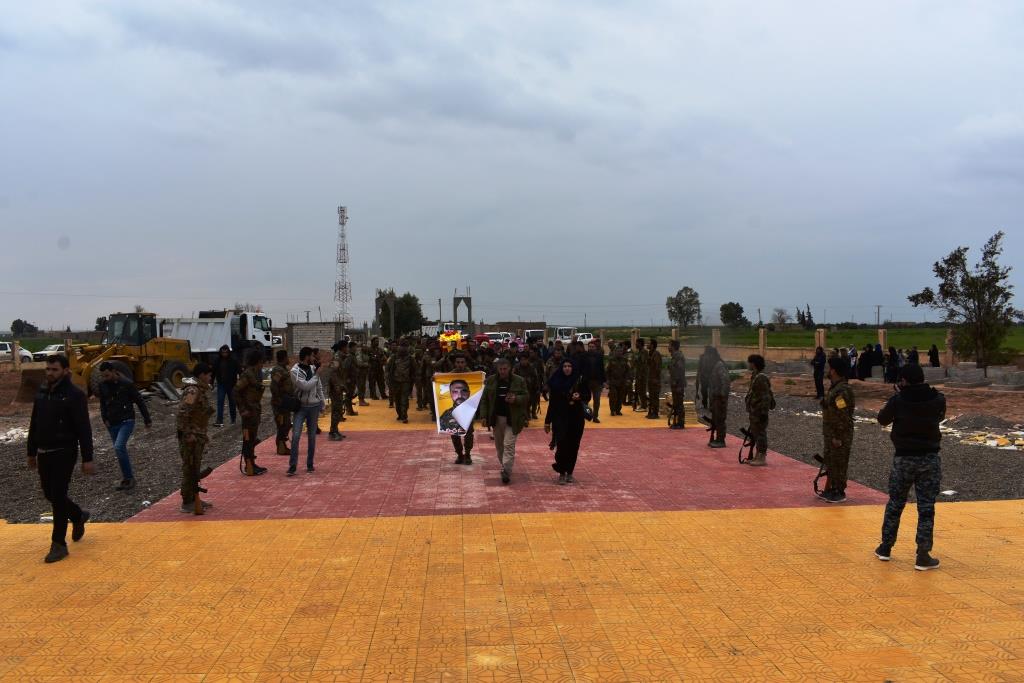 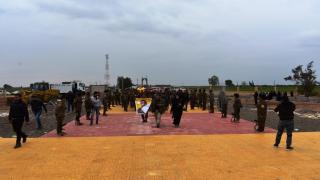 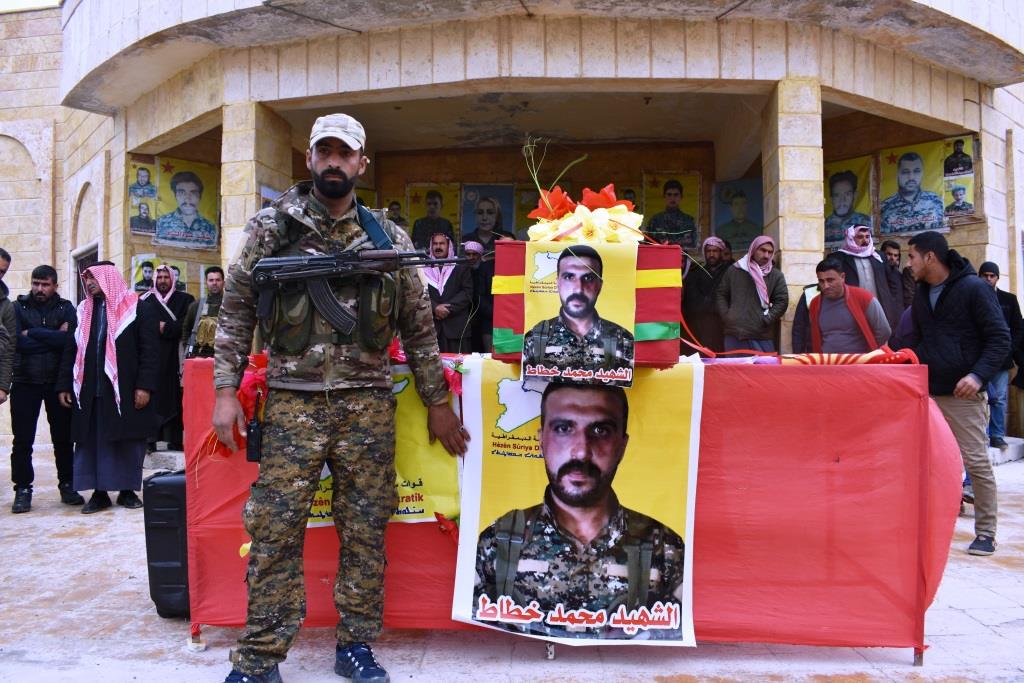 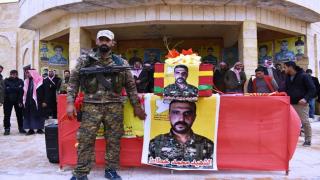