The Eid rituals begin on the first Sunday of the new year, according to the eastern calendar, "Kurmancî". The interpretation of the Eid name according to the Yazidi religion refers to goodness, blessing and coagulation, as well as the creation of angels in seven days. It means (Bê tişt meyî) meaning fermentation without anything (a Kurdish word ), and also means (Bê tîz meyî) meaning fermentation without yeast (which is also a Kurdish word).

These two expressions give one meaning, which is the land that has become dry "by the order of God without the need for anything."

Yazidi mythology says that God created 7 angels in a week, and began to create them on Sunday, and on this day created the archangel (The Peacock King), so the Eid begins and ends this way.

The Eid ceremony begins on Sunday, which is called "Laundry Day" (CIL ŞO), and this year it fell on January 10 AD), during which all families wash clothes, homes and furniture to receive guests on the day of Eid.

Monday and Tuesday are called Nanê Mirîya , meaning the good things that are distributed for the souls of the dead, and it is a loaf of bread and contains special yeast, which the sheikh distributes to the Yazidis homes, prepares it at home by putting that yeast in the dough, preparing the bread and distributing it to the homes of Yazidis, besides, fruits and sweet are distributed to the homes of neighbors, even if they are not adherents of the Yazidi religion.

On Wednesday PEZ GURAN, meaning slaughtering the sacrificial sheep for Eid, but the slaughter is not normal; rather, the Yazidi must take seven pieces of the meat of the sacrifice called PARÇA PÎRÊ ALÎ, and these seven pieces are cooked in honor of " Pîrê Alî " who the Yazidis consider among the saints and righteous, while the sacrifice remained is disposed of to the poor and needy.

On Wednesday morning, women prepare a special type of bread called "Sewik", which consists of flour, water, ghee and special yeast provided by the sheikh. Candles called "ÇIRA" are also prepared from the white cloth that is dipped in the sacrifice fat well and left until the next day to be used.

Yazidis consider this wax the basis of Eid, and it is one of the oldest ceremonies and the most concealed from non-believers of the Yazidi religion.

On Thursday, the day of tour (Roja Gerê), which is the day of greeting and visiting relatives and friends (this year coincided with January 15 AD), as the Yazidi guests visit and celebrate the advent of Eid, and all members of the same family gather around the previously prepared waxes (Çira) which are lit in a dark room. At sunset, they pray for each other for good and success in life and fulfillment of wishes in hearts.

According to Yazidi mythology, in Batizmî, wishes and prayers are fulfilled. The seven pieces of meat, seven loaves of Sewik bread and raisins with "mehîr " made of wheat are placed next to the burning candles, in addition to placing sacred objects in the Yazidi religion such as "QEWLIKÊ BERETA", whose contents are brought from Lalish in Southern Kurdistan.

Waxes are lit on Thursday, just as before sunrise on Fridays, Saturdays and Sundays.

On Thursday evening, which is called "Şev Ronik", meaning the bright night, it is especially for young people, when young men gather in houses, bringing with them some seven pieces of meat, some Sewik bread, staying up until the next morning and praying for the public.

Friday and Saturday are to rest and visit, after the intense exhaustion and much work that Yazidis did, they rests for two days while visiting relatives and receiving guests, and on these two days and before dawn, candles are lit.

Eid specialty is related to nature

Nassim Shemo, head of the Yazidi Religion Department at the Faculty of Religious Sciences at Rojava University, says: "The specificity of this Eid is due to the relationship with nature, especially the fire, the sun, the seven angels, night and day, and it has special and difficult rituals in an bombastic and revered order and arrangement, and it is celebrated seven consecutive days."

Concerning the Çire lighting ceremony, Nassim Shemo explained that it begins with lighting the Çire on Thursday evening, starting with the large one that symbolizes the lord of the house (Xwediyê Malê, meaning God), before sunset, so that the light remains connected to the light, so we must light the large Çire  as a sign that God was present first, and he is eternally alive. Furthermore, the one who lights the large Çire is the oldest member of the household, whether a man or a woman.

Al-Shahba is still under siege

The co-chair of the Executive Council in the Democratic Autonomous Administration of the occ...

The Directorate of Antiquities in Afrin canton documented that the Turkish occupation dug an...

Water is Turkey's tool for blackmail, smelting processes, and demographic change against Kurds

The Turkish occupation state, which defines itself as a state of law, continues to use water...
Old Website

NES's Women’s Council: We are on way, moving toward freedom, making peace 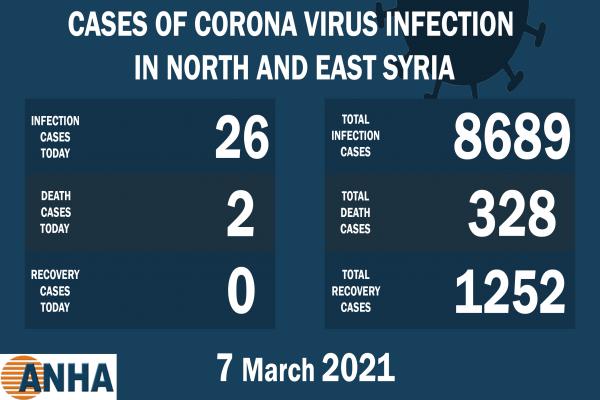 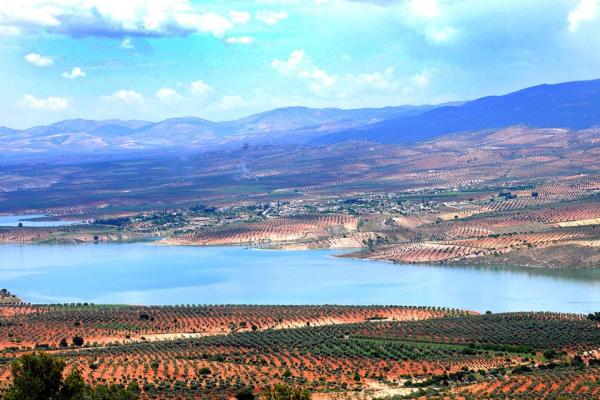 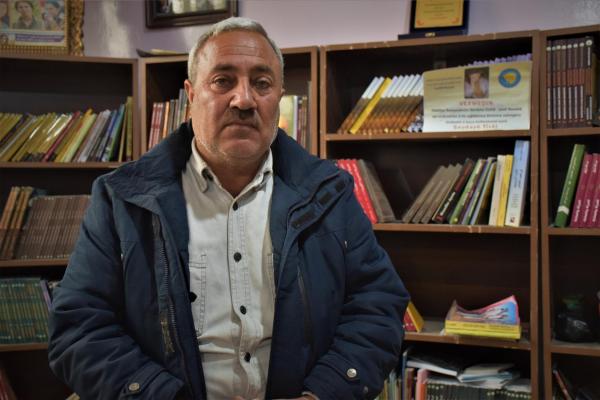 Who is Nasr Al-Hariri …Hewlêr's darling?