Today, the AANES held a meeting with the Executive Council of Al-Jazeera, at the Council’s headquarters in Amoudah district, northeastern Syria.

Al-Mahbash explained during the meeting that the Presidential Commission held several mass meetings in the regions of Al-Jazeera region, to discuss developments in the region, administrative work in the region and the administrative reality, and mentioned that the Presidential Authority in AANES has drawn up a program for the next stage, which includes holding mass meetings to listen to the opinions and problems of the people.
During the meeting, they discussed how to take precautionary measures to alleviate the burdens of the economic crisis in Syria and the regions of north and east Syria and the collapse of the Syrian pound against the dollar, especially after the Caesar Act came into effect. 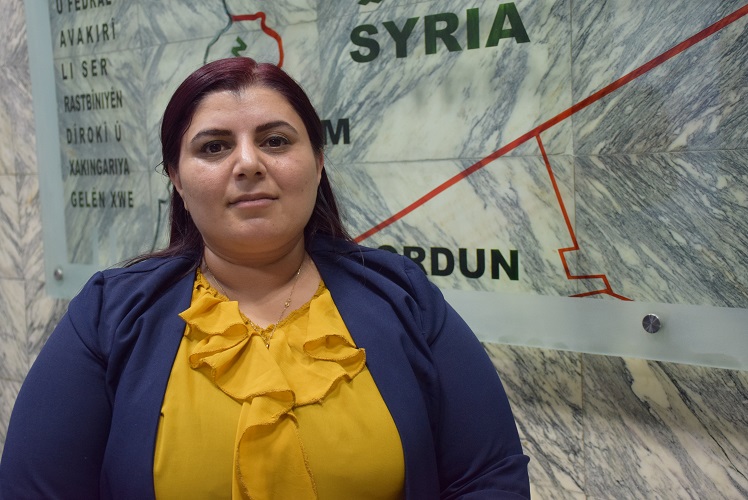 The co-chair of the Executive Council of the Autonomous Administration of North and East Syria, Berivan Khaled, explained to Hawer News that Caesar’s Act will have repercussions on the regions of northern and eastern Syria, as it is part of Syria, and deals in the Syrian pound. and their proposals on how to reduce the burden of the economic crisis. "

Khalid noted that the discussions focused on how to avoid bread problems, support small projects and develop the societal economy, and how to secure water for Al- Hasakah.

Khalid revealed that during the meeting, they decided to raise the wages of workers in the institutions of AA, reduce the prices of Internet packages, support small projects, open consumer institutions, control exchange offices, prevent the exploitation of the people, and support agricultural projects.

Khalid noted that the AA will announce the details of the decisions taken in the coming days.

​​​​​​​Turkish occupation and its mercenaries bombardS several villages in al-Shahba

A while ago, the Turkish occupation army and its mercenaries bombarded several villages in a...

The Syrian Democratic Forces (SDF) welcomed the US Treasury's announcement of sanctions targ...

The two members of the Democratic Union Party who had been kidnapped by the forces of the Ku...
Old Website

​​​​​​​Turkish occupation and its mercenaries bombardS several villages in al-Shahba

​​​​​​​SDC officials: Arab-Kurdish solidarity has major role in resolving crises in the region