Dozens of people from Tirbê Spiyê district with all their components; Kurds, Arabs and Syriacs gathered at the Martyr Delsher Cemetery to participate in the funeral ceremonies of the martyr Youssef Khaled, a member of the Self-Defense Duty Forces who was martyred during the Resistance of Dignity confronting the Turkish aggression and occupation in the areas of north and east Syria.

The funeral ceremonies began with holding a minute of silence in tribute for the souls of the martyrs, followed by the speech of the administrator at the Martyrs Families Council in Qamishlo canton Masoum Hassen, through which he indicated that the solidarity of the components of the region and the mixing of their blood had formed a force that had become frightening the world because these countries feared freedom and democracy.

Hassen affirmed that the Turkish state had a long history of criminality against the peoples of the region, including Kurds, Arabs, Syriacs and Armenians, and what the Turkish state claimed about establishing a safe zone had become exposed, and its occupying intentions had been disclosed.

Then, the document of martyrdom was read and delivered to the family of the martyr amid trills and slogans that saluted and glorified the greatness of the martyrs.

At the end of the ceremonies, the corpse of the martyr Youssef Khaled was buried at the shrine of the Martyr Delsher. 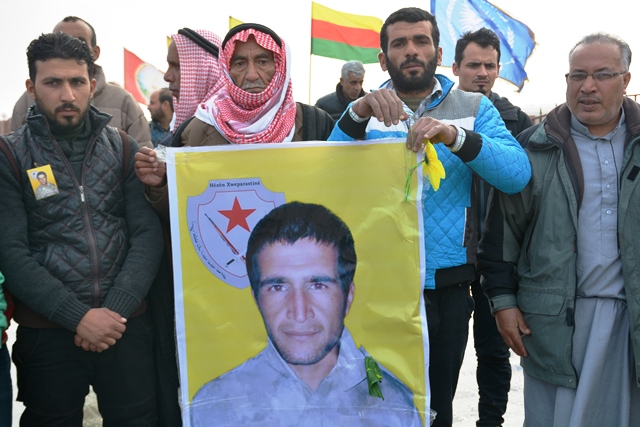 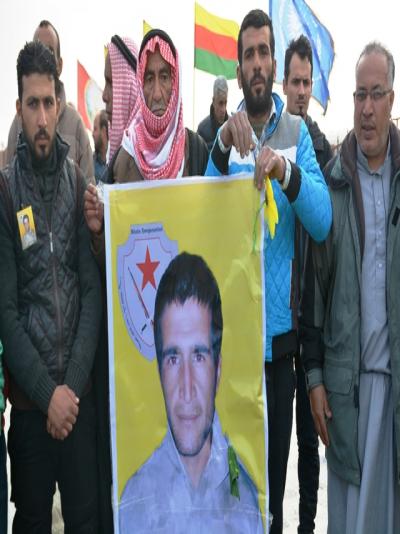 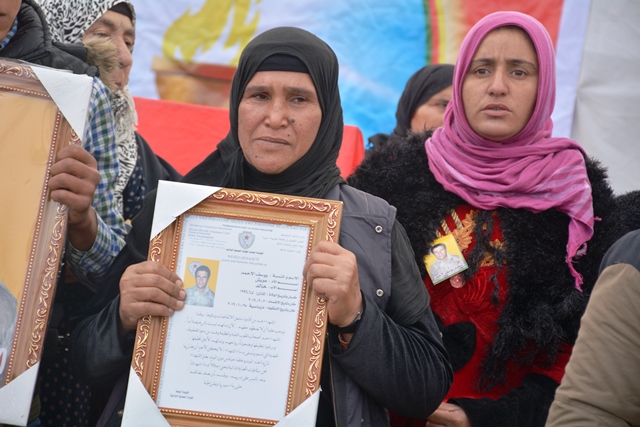 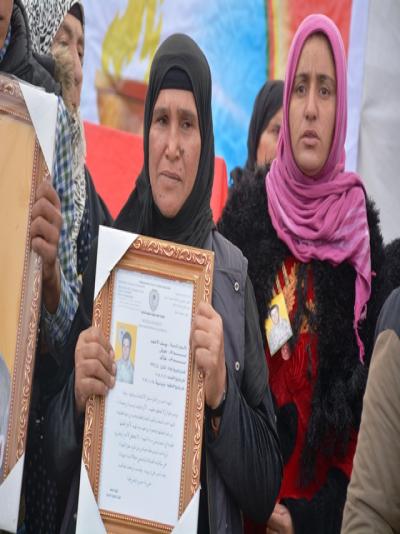 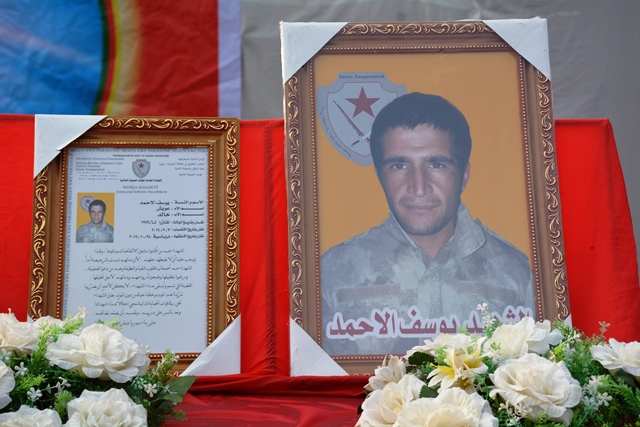 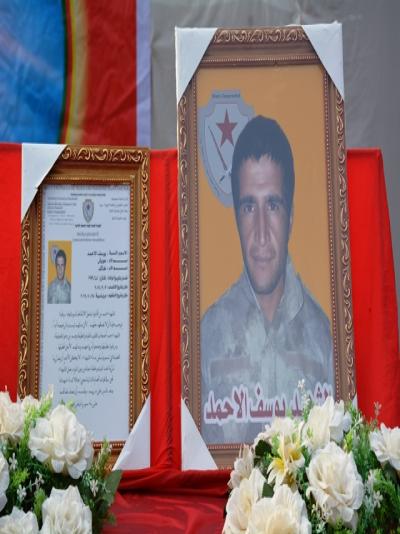 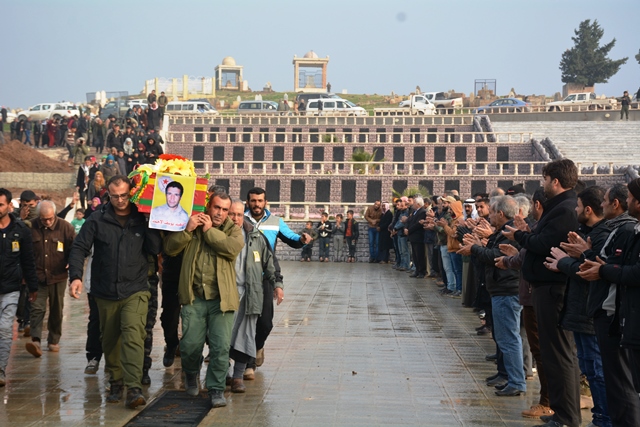 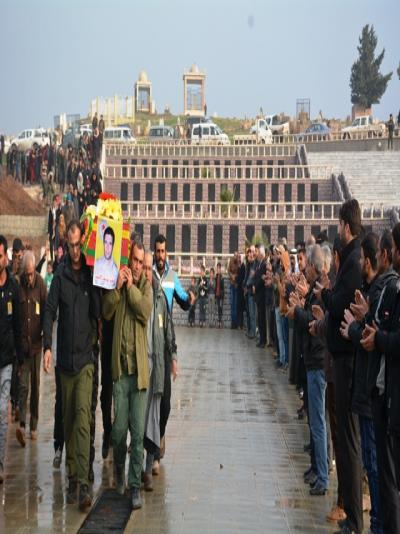