Tel Tamr district in Al-Hasakah canton, is known as mini Syria, due to the multiplicity of components and coexisting sects in the region, including the Assyrian, whose villages were attacked by ISIS mercenaries in 2015, and had major negative effects on the Assyrian component.

With the Turkish occupation’s attack on the Serêkaniyê and Girê Spî / Tal Abyad regions, and its occupation of the two cities and dozens of villages in ​​Tal Tamr rural, the state of fear controlled the hearts of the Assyrians in the region, as the occupation mercenaries formed what are called the “Syrian National Army” and repeated the practices of ISIS.

These mercenary factions, which entered with air and ground support of the Turkish occupation, and practiced and committed massacres in the footsteps of ISIS mercenaries since their occupation of the two cities. They killed, intimidated, destroyed and looted, and promoted in their entirety to war crimes, most notably the brutal crime committed against the Secretary General of the Future Syria Party, Hevrin Khalaf .

February 23 ... One of the massacres against the Assyrian people

On February 23, 2015, the villages of Al-Khabour were attacked by ISIS mercenaries, and they took control of dozens of villages. A number of Assyrian Council fighters were martyred, while hundreds of civilians were captured.

Madele described  February 23 as "the black day" on the Assyrian and Christian people in the villages of Khabour, and one of the massacres that targeted the Assyrian presence throughout history.

She pointed out that the people  were unable to escape or resist in the face of ISIS, due to the surprise attack.

"The terrorist ISIS kidnapped 285 of unarmed civilians without differentiating between their elders and their young. They also burned the villages in that area."

It is located on the banks of the Khabour River 33 of the Assyrian component, and more than 17 thousand people lived in it. It is serviced villages in all respects. In each village there is a church, in addition to thousands of different fruit trees.

The 33 villages are now almost empty, out of 17,000 people. Almost two thousand people, the majority of whom are elderly, live due to the emigration of many European countries, and the others are in the cities of Al-Hasaka and Qamishlo.

Madele noted that the attack of ISIS mercenaries on the region targeted all components, "but it had great effects on the Assyrian people in particular, because of their fear of repeated massacres against them and the ethnic genocide that caused a massive emigration of the Assyrian people from the region."

Turkish occupation and ISIS are two sides of the same coin

What started by ISIS mercenaries, the Turkish occupation and mercenaries of the "Syrian National Army" are trying to repeat it against all components of the region, including the Assyrian component  near the front line, and their villages are almost bombed on daily basis.

Member of the Assyrian Khabur Guard Body Council described the Turkish occupation state as a "colonial state" trying to divide and occupy Syrian territories, stressing that they, as an Assyrian people, do not accept the attacks of the Turkish state on the region.

She added, "The state of the Turkish occupation committed several massacres against us hundreds of years ago, to change the demography of the region and erase its civilizations, the massacres caused great fear among the remaining Assyrian people in the region."

Madele pointed out that the state of the Turkish occupation and the terrorist ISIS mercenaries are "two sides of the same coin" due to the violations that they are taking against the defenseless civilians, their targeting of the components of the region, and the lack of distinction between the sanctuaries and defenseless civilians by their adults and children.

The role of the Khabour Guard Council

The forces of the Assyrian Khabour Guard Council were formed in early April 2012 and took upon themselves the responsibility to protect the area alongside the People's Protection Units and Women at the time, and the forces of the Syrian Democratic Forces after they were formed, which became one of the operating councils under the banner of the SDF.

On the 23rd, the Khabour Guard forces with the YPG and YPJ countered ISIS mercenaries.

Madele says that the forces' goal is to protect the region until liberating the last inch.

She explained that in 2015 there were many in addition to the kidnapping of a number of their forces and beheading them by ISIS.

Madele stressed that with the Turkish attack on the region, their forces made it their responsibility to protect the region from the occupation and its mercenaries, because they commit the same ISIS massacres. "Our goal is to protect the region and its people, as we will face the occupation and resist it until the last drop of blood in our body and free our land from the invaders," she says.

The ISIS destruction of the churches , the occupation threats, and the reasons for not restoring them

With the occupation attack accompanied by the "Syrian National Army", there are more than 6 churches under threat due to the bombing.

Madele notes, "Churches in the villages along the front lines have been bombed by the Turkish occupation state with drone aircraft, artillery and mortar shells and are subject to destruction," in a move similar to what ISIS mercenaries were doing.

The reasons for not restoring the churches due to the small percentage of the Assyrian people left in the area, and the high cost of the construction and restoration process.

Project for the return of the displaced

Madele pointed out that they had undertaken several projects inside Syria and abroad in order to return the displaced from the Assyrian people to the region, and that their step had gone for the better, and the return of safety to the region, where the people gradually returned, but the Turkish occupation attack caused fear among the people, and added, "The project of return is still in place, and we will continue to work on it. "

At the end of her speech, member of the Assyrian Khabur Guard Council, Madele Khamis, demanded on her behalf and in the name of all the components of the region from the state organizations and the Great Powers to push out the Turkish occupation from the region to return their lives of coexistence. 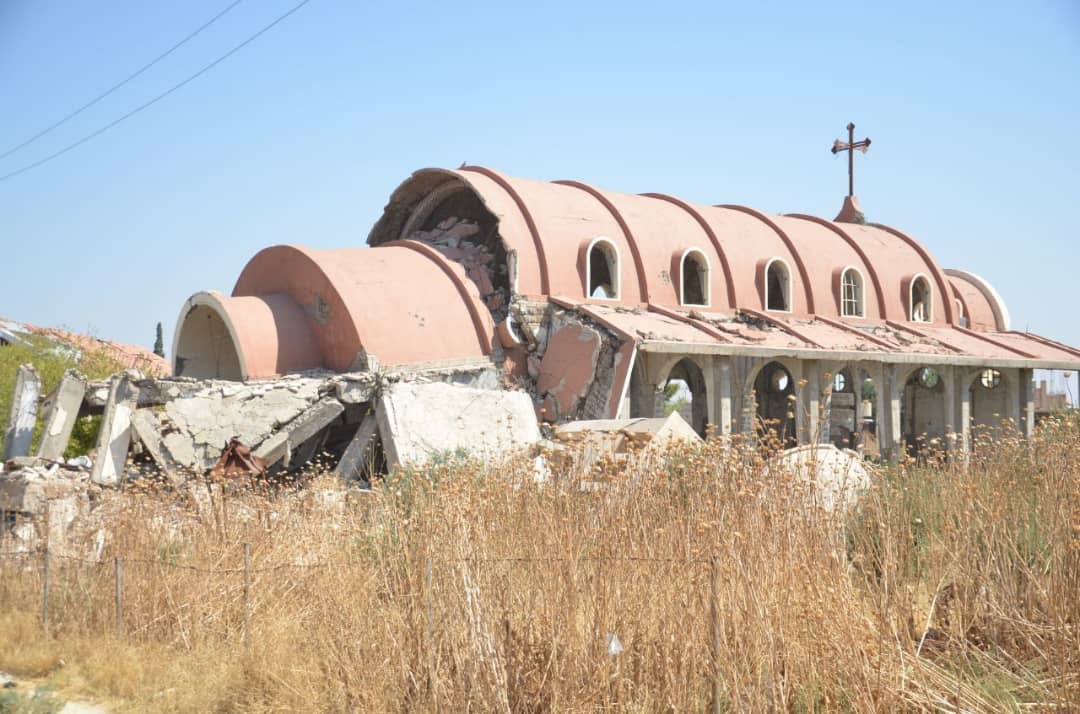 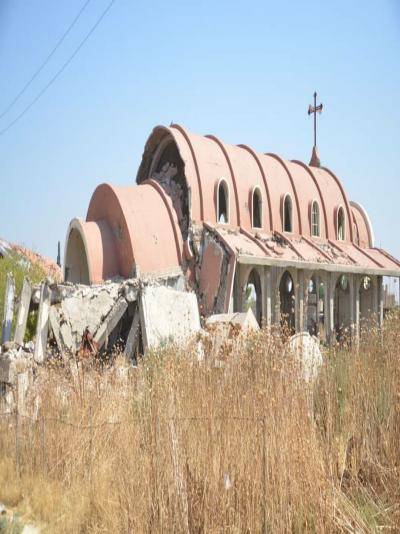 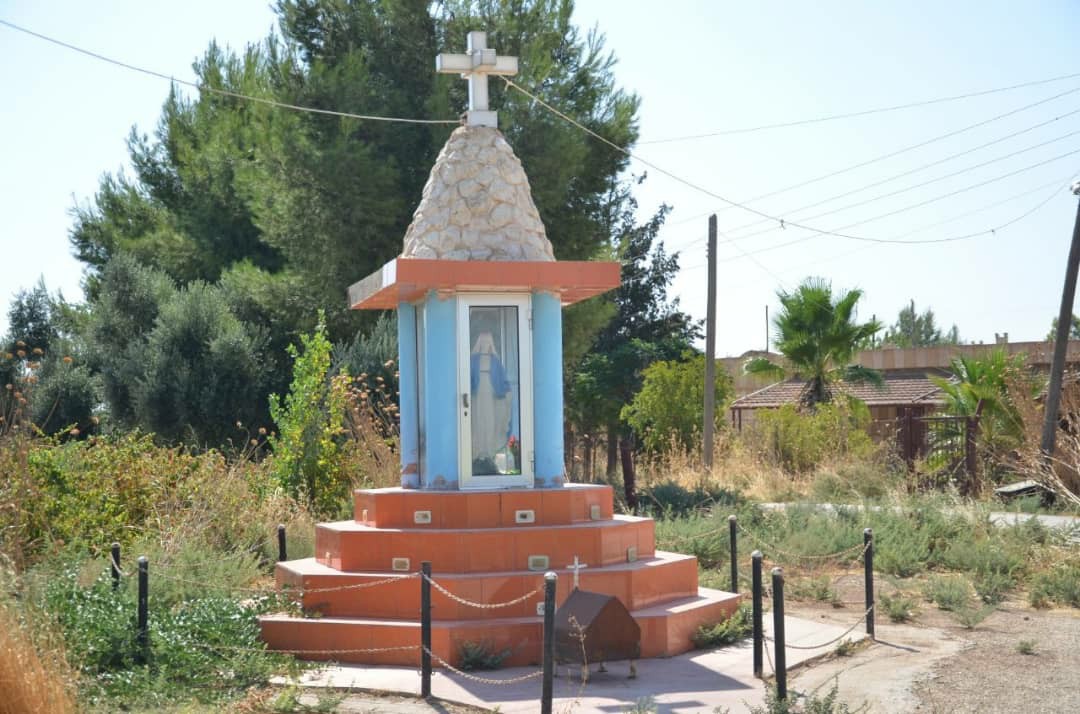 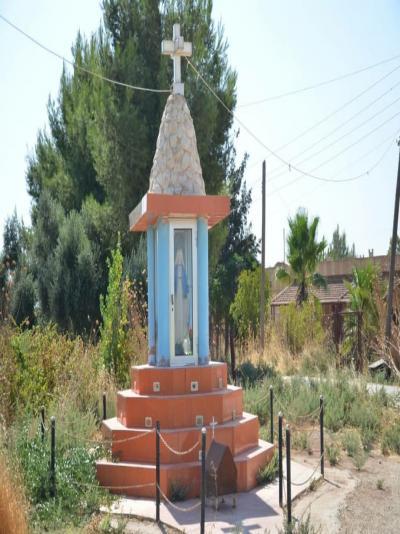 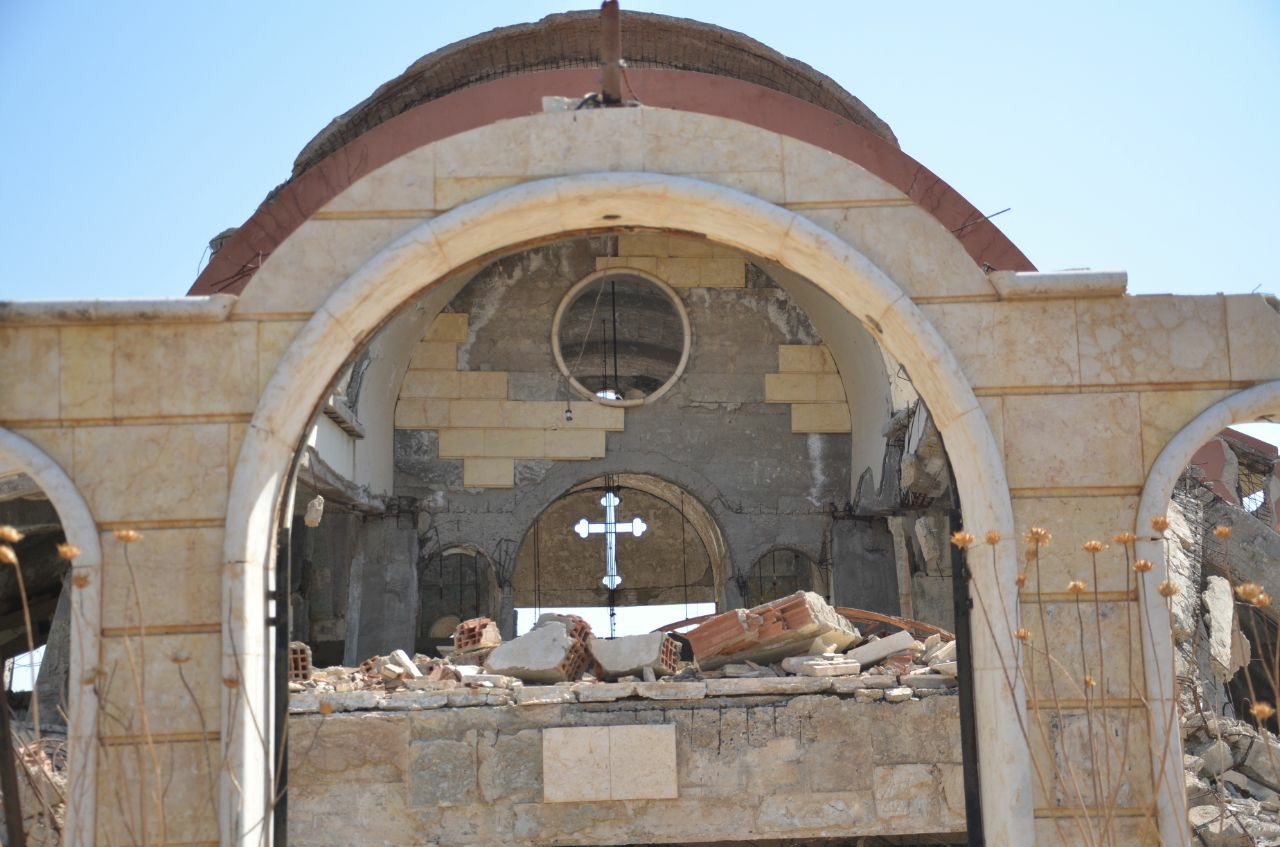 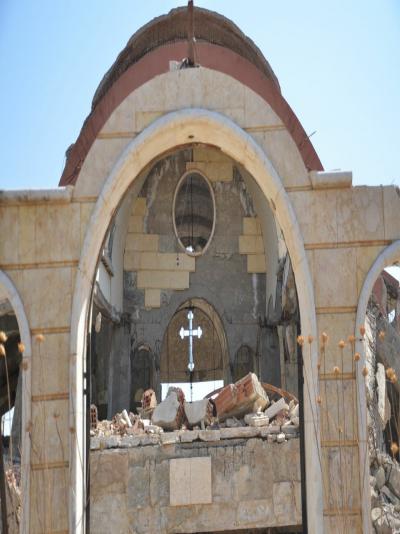 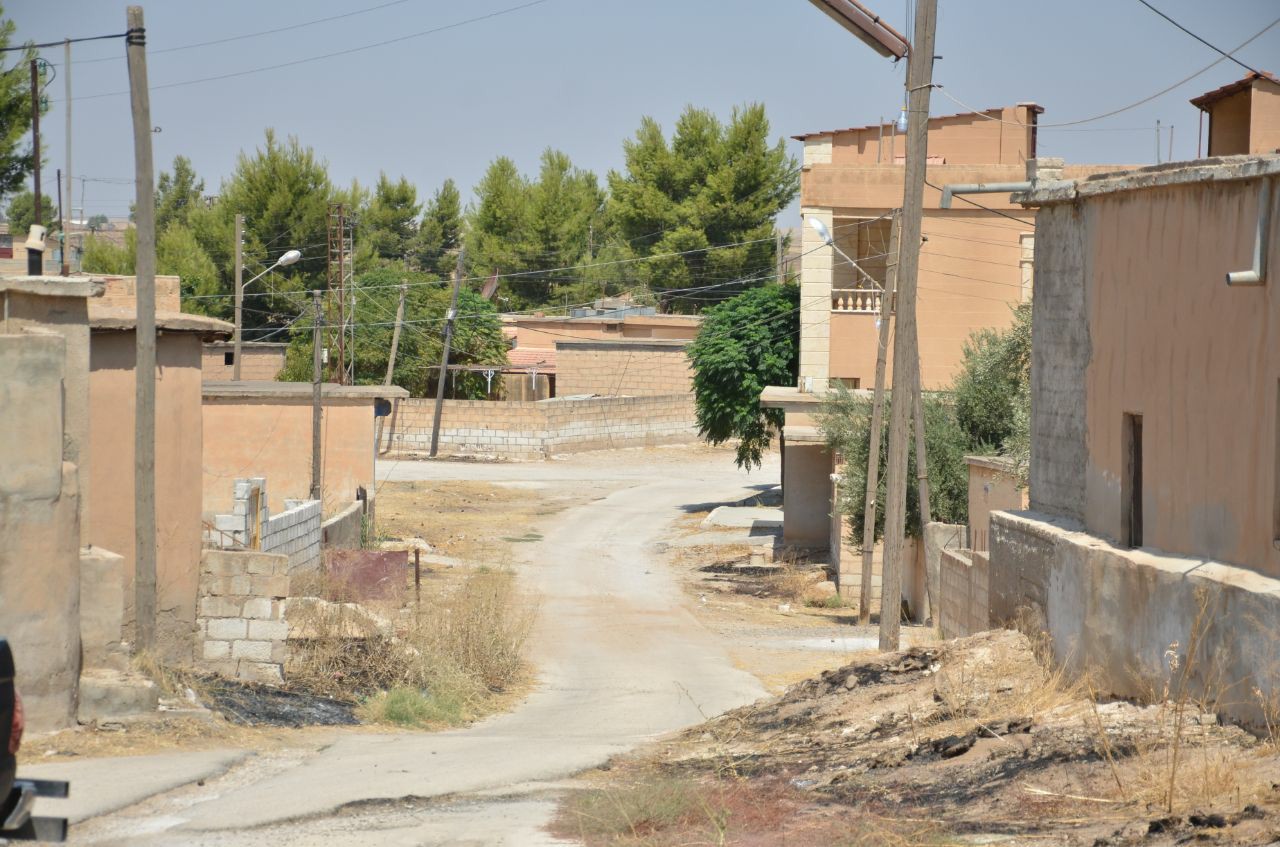 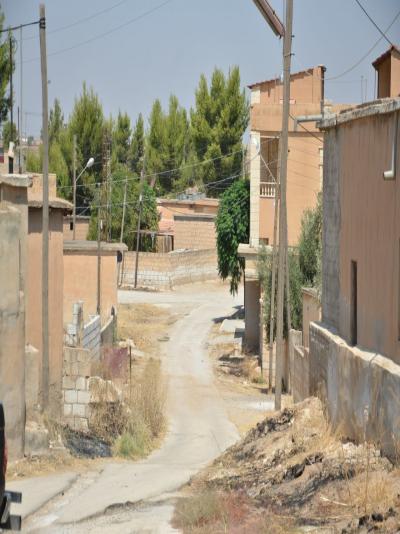 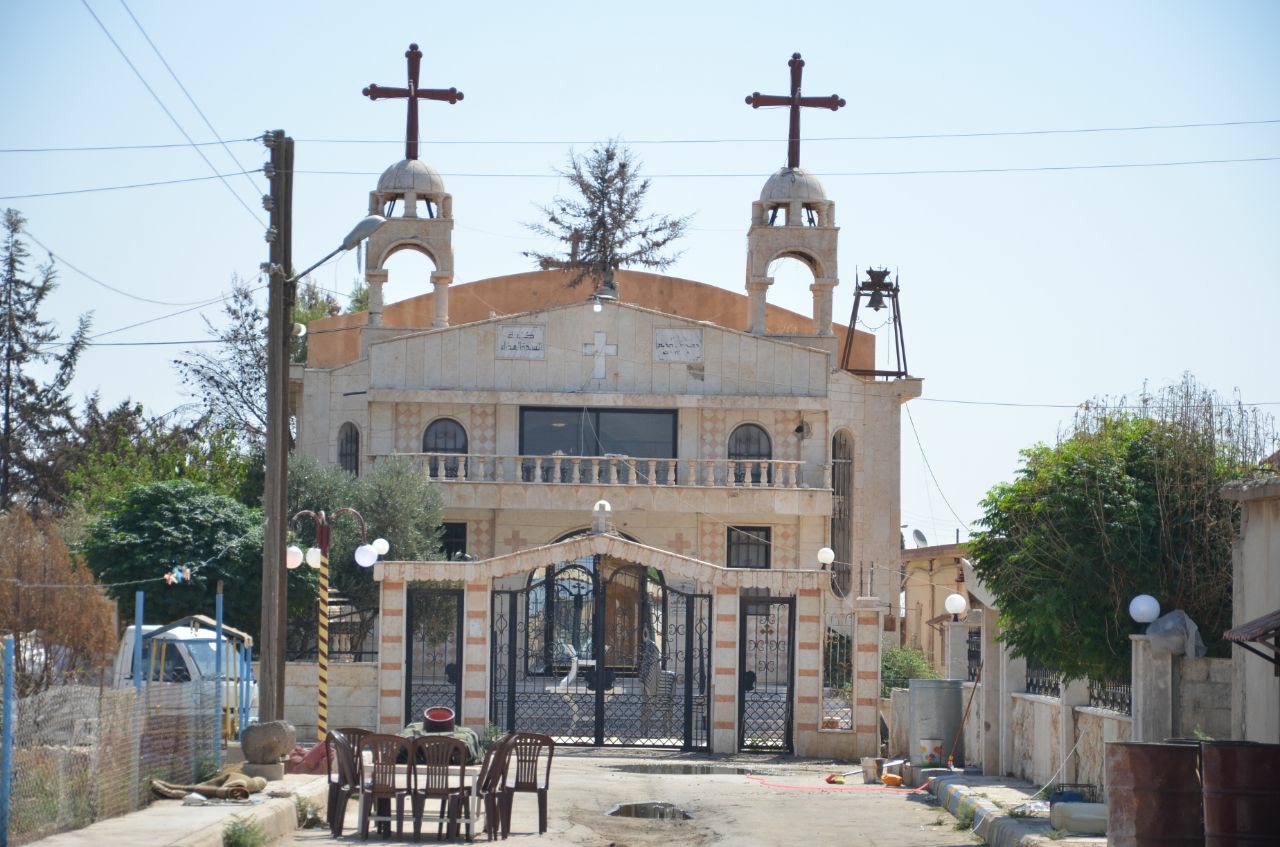 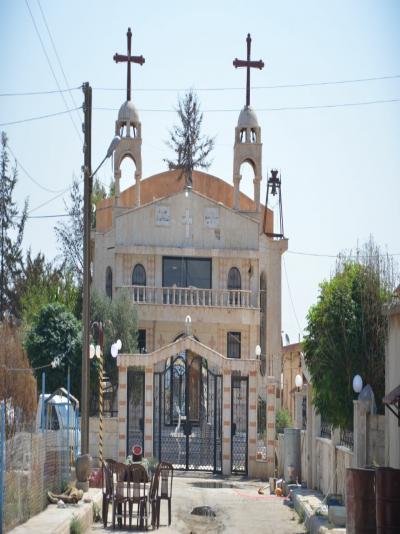 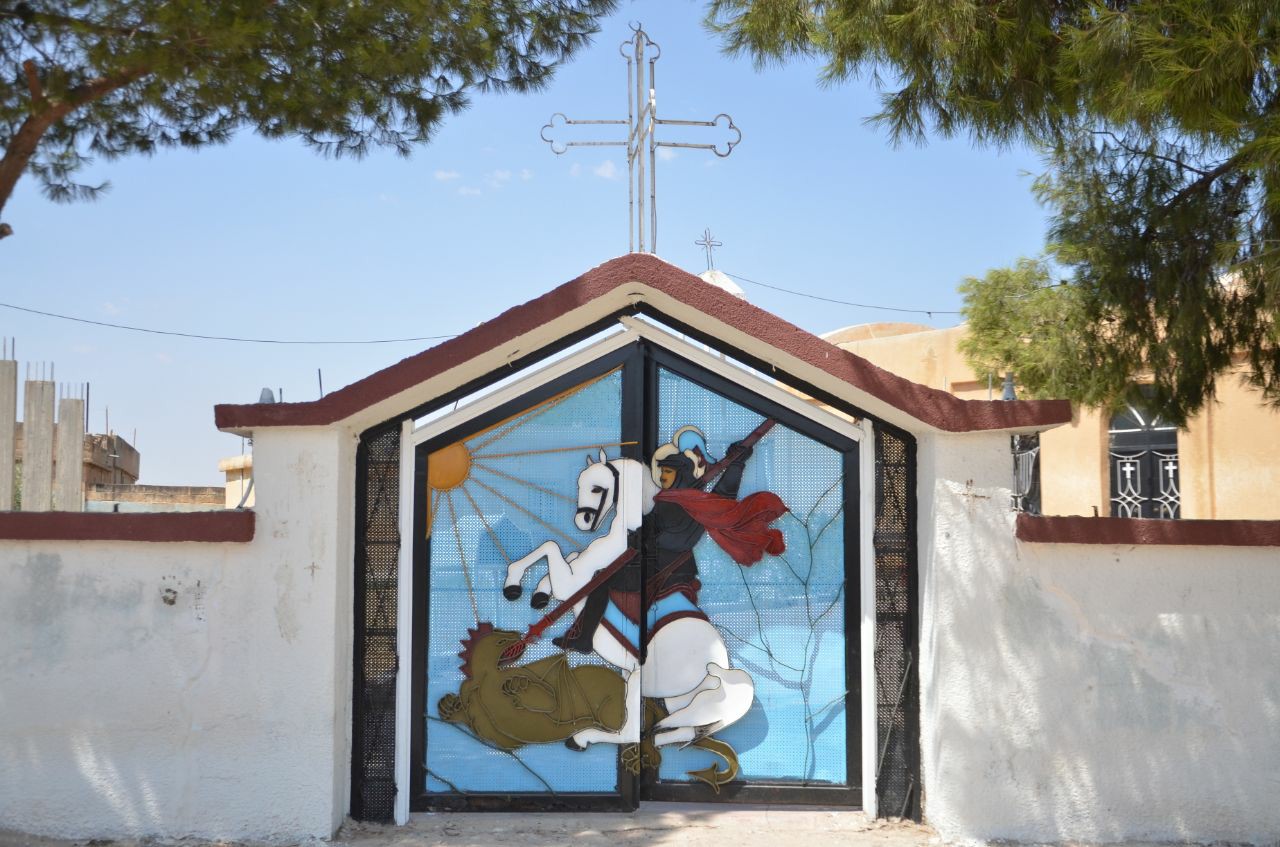 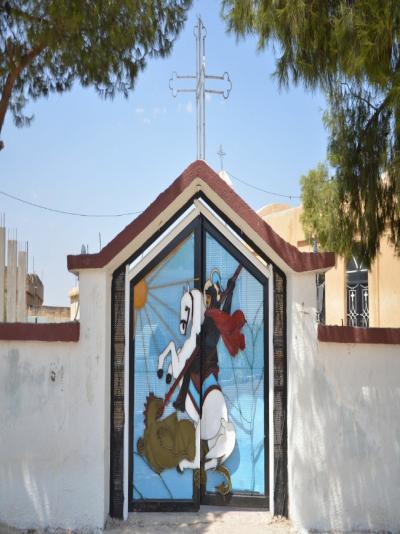 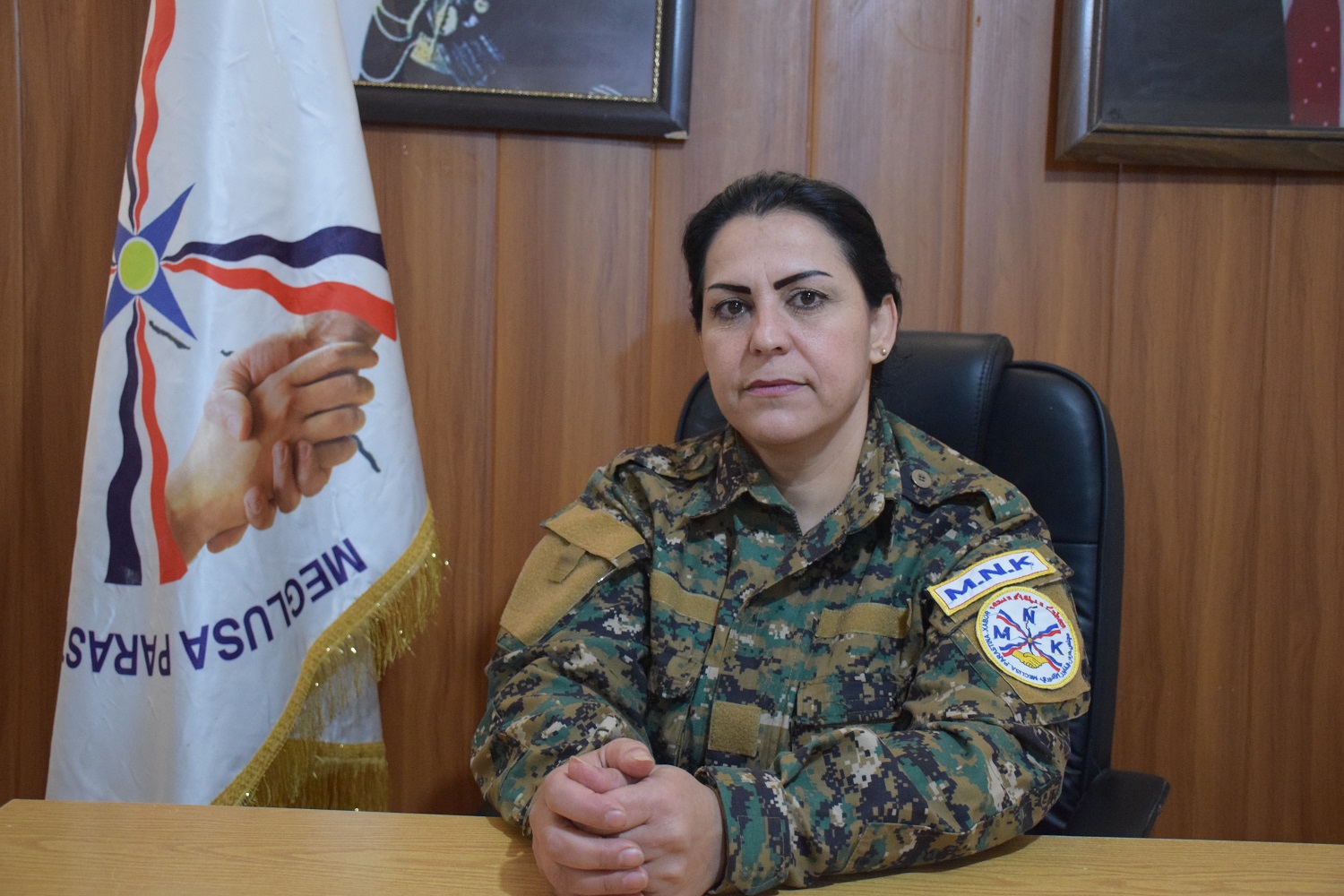 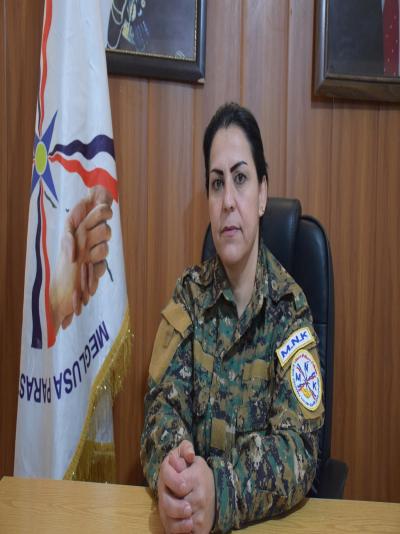 At least 9 people were killed as a result of the Israeli bombing on the surrounding of Mesya...

The General Command of the Syrian Democratic Forces (SDF) said that the campaign “Deterrin...
Old Website