After ratifying the rules of procedure and opening candidacy registration process for the joint presidency of the Democratic Union Party, Anwar Muslim and Aisha Hesso won the party’s presidency for the eighth session.

Thus, the members of the Party’s General Council are being elected. 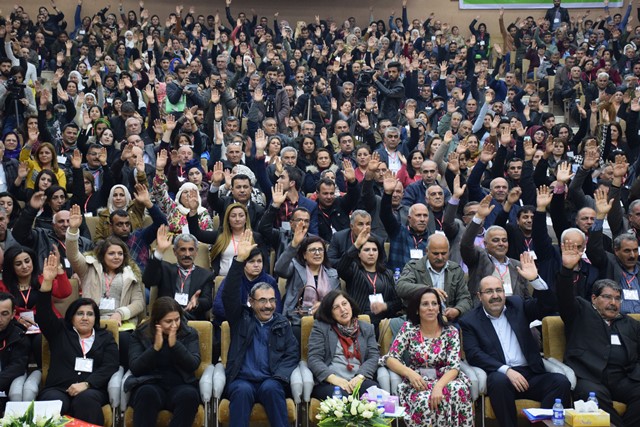