The fighting fronts in Ain Issa district have been witnessing a cautious calm since the 12th of January, 7 weeks after continued bombardment on the outskirts of the town and a number of villages on the M4 international road, in the midst of huge reinforcements of the Turkish mercenaries that reached the conctact lines, and participated in ground attacks targeting the eastern and western countryside of Ain Issa.

On the 23rd of November, Turkey and its mercenaries began a massive ground offensive, accompanied by heavy weapons targeting the village of Maalek, west of the town and the northern outskirts of Ain Issa.

The attempt to siege Ain Issa did not succeed

One of the field commanders in the Syrian Democratic Forces, Juan Ayhan, confirms that their fighters engaged into fierce resistance to confront the Turkish attempts to reach the international road, specifically in the villages of al-Mushairfeh east of the town, and al-Maalek west of it, thus controlling Ain Issa.

He added: "The presence of the Russian guarantor forces and the Syrian government forces on the front lines had no meaning. They withdrew when the battles intensified, but our fighters proved that we would not hesitate to defend our land. Dozens of invaders were killed, and their bodies spread near the international road."

The mercenary factions began a new attempt with artillery and missile support from the Turkish occupation, and launched a ground attack to control the villages of al-Mushairfeh and al-Jehbel 3 km east of the town on the 18th of December, at a time when several neighborhoods of the town were subjected to artillery shelling, before the Syrian Democratic Forces's announcement that they confronted the attempt to occupy the two villages, and the mercenaries fled from the vicinity of the international road. 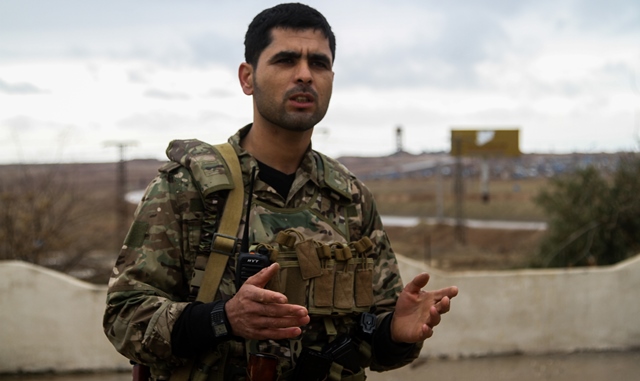 The Turkish occupation has bombarded with hundreds of artillery, missiles and tanks within 50 days 162 sites of Ain Issa town, and the villages of al-Jehbel, al-Mushairfeh, Fatsa, Saida, Maalek, al-Khaldiya, Hoshan and Ain Issa camp.

The battle fronts witnessed 3 large ground attacks by the Turkish factions in the eastern and western countryside of the town to block the international road.

Losses inflicted on the Turkish occupation and its mercenaries

65 members of the Ankara-affiliated factions were killed, including Turkish soldiers, while 53 others were injured, according to the numbers gathered from official data issued by the Syrian Democratic Forces, and the information documented by the military leaders.

Turkey targeted populated villages along with indiscriminate shelling that targeted Ain Issa neighborhoods, as 6 civilians lost their lives, including children, while 16 others were wounded as a result of the Turkish shelling.

The Syrian Democratic Forces revealed at various times the names of 9 of its fighters who lost their lives on the Ain Issa fronts while confronting the Turkish attacks.

Civilians displacing  from their villages and the international road activity ceased

The bombardmet and the Turkish aggression caused the displacement of the residents of 6 villages from their homes, as well as the destruction of homes in the northern and southern neighborhoods of Ain Issa.

While the commercial activity and movement have stopped on the M4 international road for 4 weeks between the towns of Ain Issa and Tel Tamr due to the battles in the vicinity of al-Mushairfeh village.

The district's airspace witnessed Turkish warplanes hovering 4 times during the Turkish aggression on the town, while reconnaissance planes flew 33 times in the airspace.

The Turkish occupation forces established two military bases near the center of Ain Issa district, the first is 2 km north of the town, and the second is 500 meters north of the M4 international road near the village of Maalek, west of the town, and it was provided with radars and military machineries, in addition to heavy weapons, while the base was surrounded by earthe mounds and watchtowers.

After three years of Afrin occupation, the Turkish authorities are trying to show the world ...

AA breathes life into languages that were on verge of extinction

The Autonomous Administration breathed life into languages that were classified on the list ...

The ongoing moves of the Turkish state in Syria, Iraq and the region in general are pushing ...
Old Website