Resistance has many forms, not only by taking up arms and standing on the front lines, but also with colors and brush, they embody another form of resistance with wide impact.

The artist Mohamed Suleiman is the best example of this, as he joins with his brush the fields of resistance against the enemies of the land and the people.

When Turkey began threatening the region waving with a military offensive against it, simultaneously mobilizing its forces on the Syrian-Turkish border, the people of Girê Spi/Tel Abyad canton came to the border and began their human shields' activity in which they asserted their rejection of the Turkish threats.

As this event continues, Mohammed Suleiman participates in his own way painting people representing symbols of resistance and steadfastness and other paintings expressing resistance.

Muhammad Ahmad Suleiman, nicknamed "Picasso of the Arabs", is a member of the Arab community of Girê Spi/ Tel Abyad canton. He is a plastic artist with many paintings and extensive knowledge of his surroundings.

At one day of his participation, Picasso of the Arabs drew a portrait of the Kurdish leader Abdullah Ocalan and a painting of Kurdish struggler Leyla Guven, co-chair of the Kurdistan Community Congress, who led the hunger strike to condemn the isolation against Öcalan in Imrali prison.

In addition, he painted a portrait of the Argentine activist Ernesto Che Guevara and another portraying the image of martyr Arin Mirkan, who carried out a commando operation against ISIS mercenaries during the battle of Kobani.

Mohammed Suleiman participates in the activities of human shields on Saturdays, Mondays and Thursdays, as he believes that resistance and steadfastness are not only restricted to weapons, but also they include the culture, pen and brush," Suleiman said. "I express my solidarity with my people through my hobby, which is painting with brush and colors."

"When I embody a painting of one of my national symbols and in front of the eyes of my people who resist the occupier, I prove to them that the resistance manifest in everything, and these symbols are immortal in our memories."

Suleiman expressed his confidence that the people of the region will confront any Turkish invasion with a strong will and in one row. “We have learned life from the philosophy of freedom and resistance, the leader of the peoples, Abdullah Ocalan, taught people free thought,” he concluded.

During ISIS and other extremist groups' control of the area, Suleiman could not practice his art. He stayed at home, but after the liberation of Girê Spi / Tal Abyad in mid-2015, he reappeared, and his star shone in his hometowns.

Mohamed Suleiman, 36, who began painting professionally since 2006, has participated in fairs held in Dubai, UAE and Beirut, Lebanon. His last participation was at Rojava Art Exhibition this year in northern Syria. 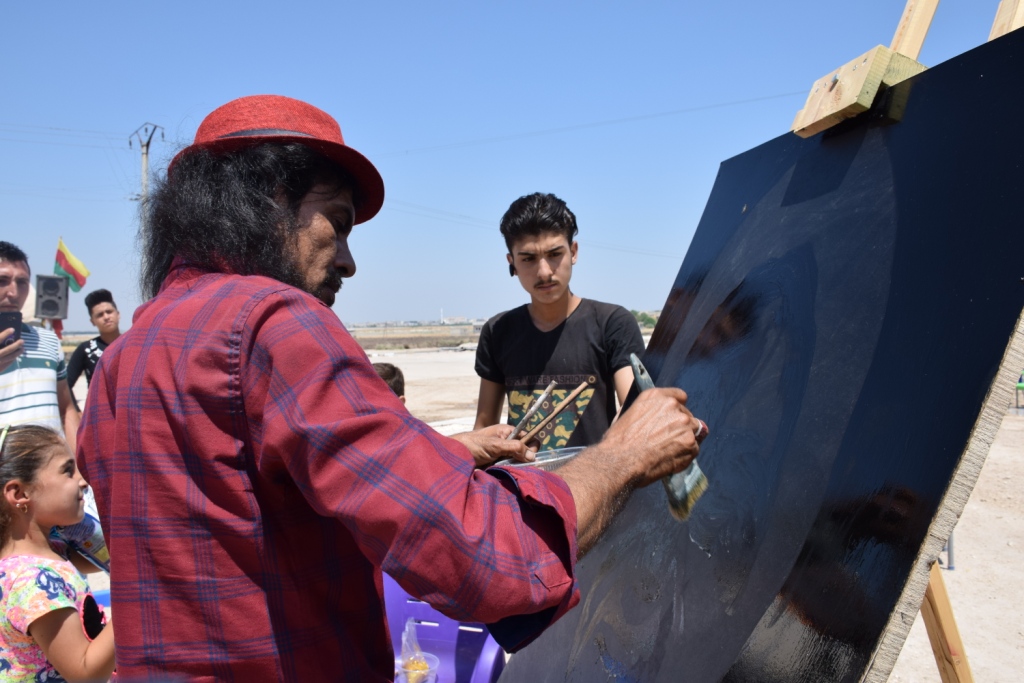 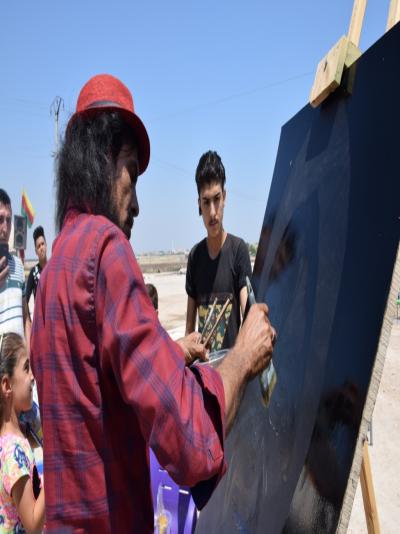 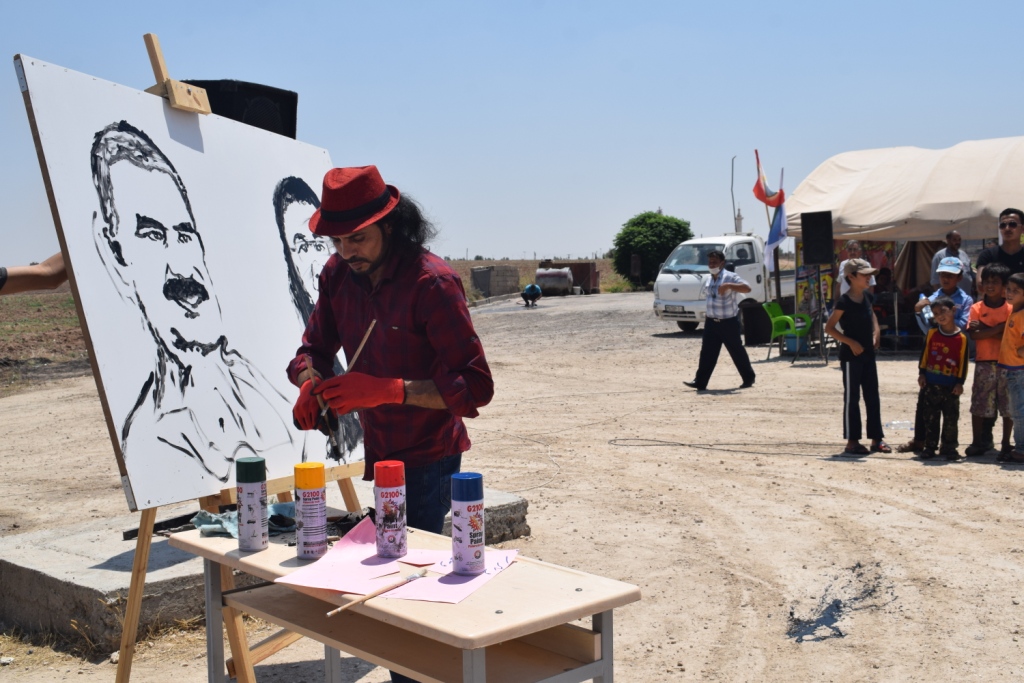 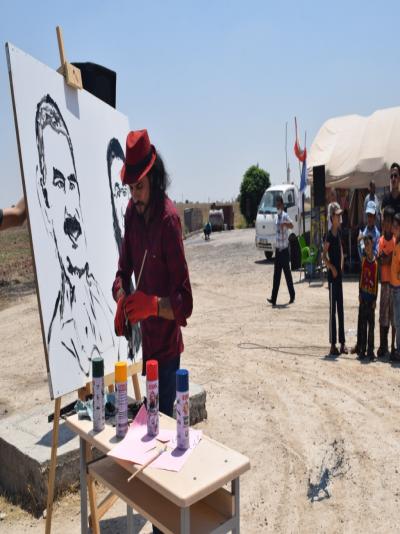 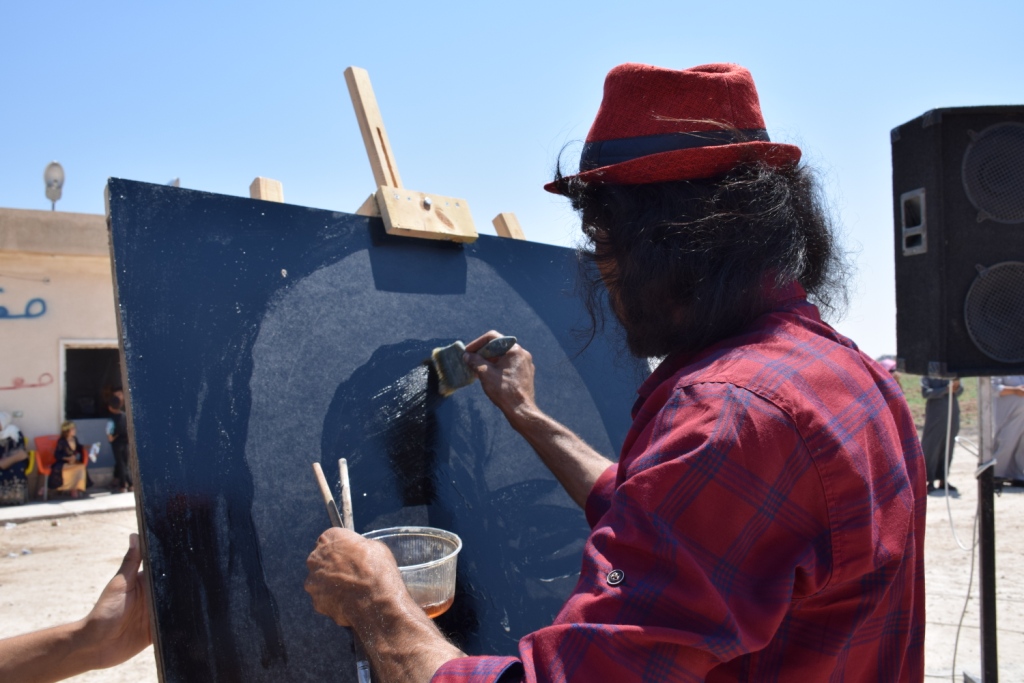 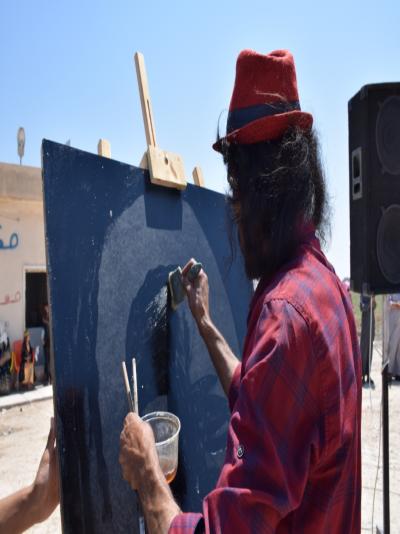 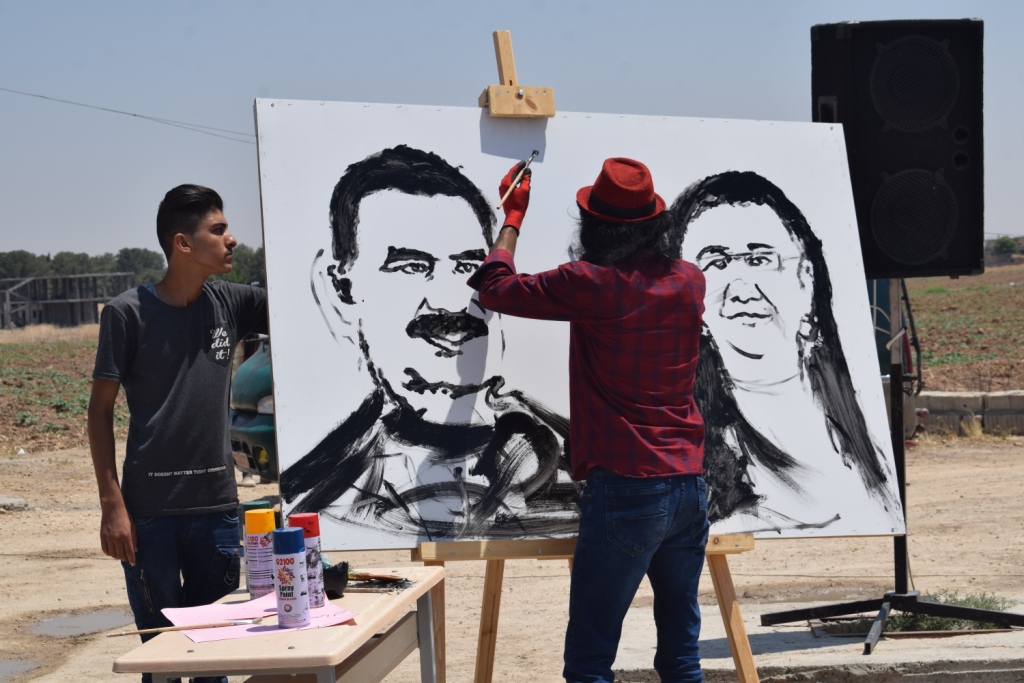 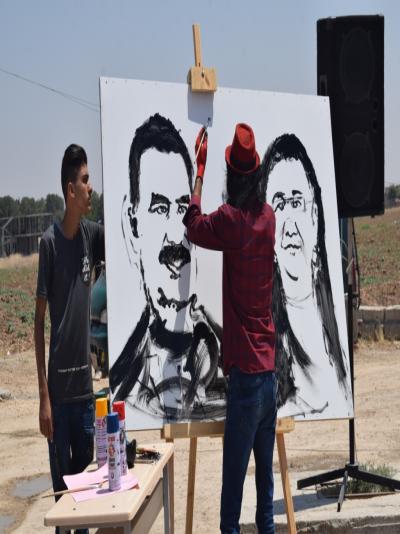 Yesterday morning, activities of the Second International Book Fair in the city of Sulaimani...

Oldest library in Al-Raqqa ... It contains thousands of books

The Port Said Library in the city of Al-Raqqa, was established in 1957. It has been reciving...
Old Website

​​​​​​​Protestors in front of Asayîş Êzîdxanê headquarter achieve their goal