To condemn the international conspiracy against the leader Abdullah Ocalan, the people of al-Sheikh Maksoud and al-Ashrafiyyah neighborhoods went out on Saturday with a large demonstration.

The demonstration started in front of the meetings hall in the western section of al-Sheikh Maksoud neighborhood, and the demonstrators held the pictures of the leader Ocalan and banners denouncing the conspiracy with "We pledged to destroy imrali regime and live free with the leader APO. The freedom of society is the freedom of the leader" written on.

The demonstration toured the streets of the neighborhood, chanting the slogans that salute the resistance of the leader Ocalan, reaching al-Jabbanat yard in the eastern part of al-Sheikh Maksoud.

The member of Kongra Star Rabreen Halab gave a speech in which she said: "It has been 21 years since the international conspiracy, and the leader Ocalan continues his struggle for freedom and democracy. In these days, there was an attempt to eliminate him, apply the death sentence against him, and they imposed all methods of special war against him, but they failed before the leader Ocalan's steadfastness despite the prison conditions."

She added: "Through the policy of abstraction and isolation, they wanted to differentiate and separate the leader Ocalan and the peoples associated with his thought, but by the people’s resistance and their insistence on adopting the free thought of Ocalan, the abstraction was broken, and no one can constitute an obstacle between the leader and his people."

Rabreen confirmed that they live the conspiracy every day, and they will continue struggling for this year to be the year of the leader’s liberation, and that with the resistance, they will foil the conspiracy and the plans of the Justice and Development Government.

Sheikh Ali al-Hassen gave a speech in the name of the Arab component, as he said: "Whenever we mentioned the leader Ocalan, dignity and freedom were present, and whenever we mentioned February 15, betrayal and blackness came with them, but on this day, the insistence and adherence to Ocalan's idea that has become a beacon for oppressed peoples have emerged."

Sheikh Ali ended his speech by asserting that the mass rally around the leader Ocalan is an assertion that victory will be won by the project of the democratic nation and the brotherhood of the peoples, and that defeat will be the share of the conspiracy. 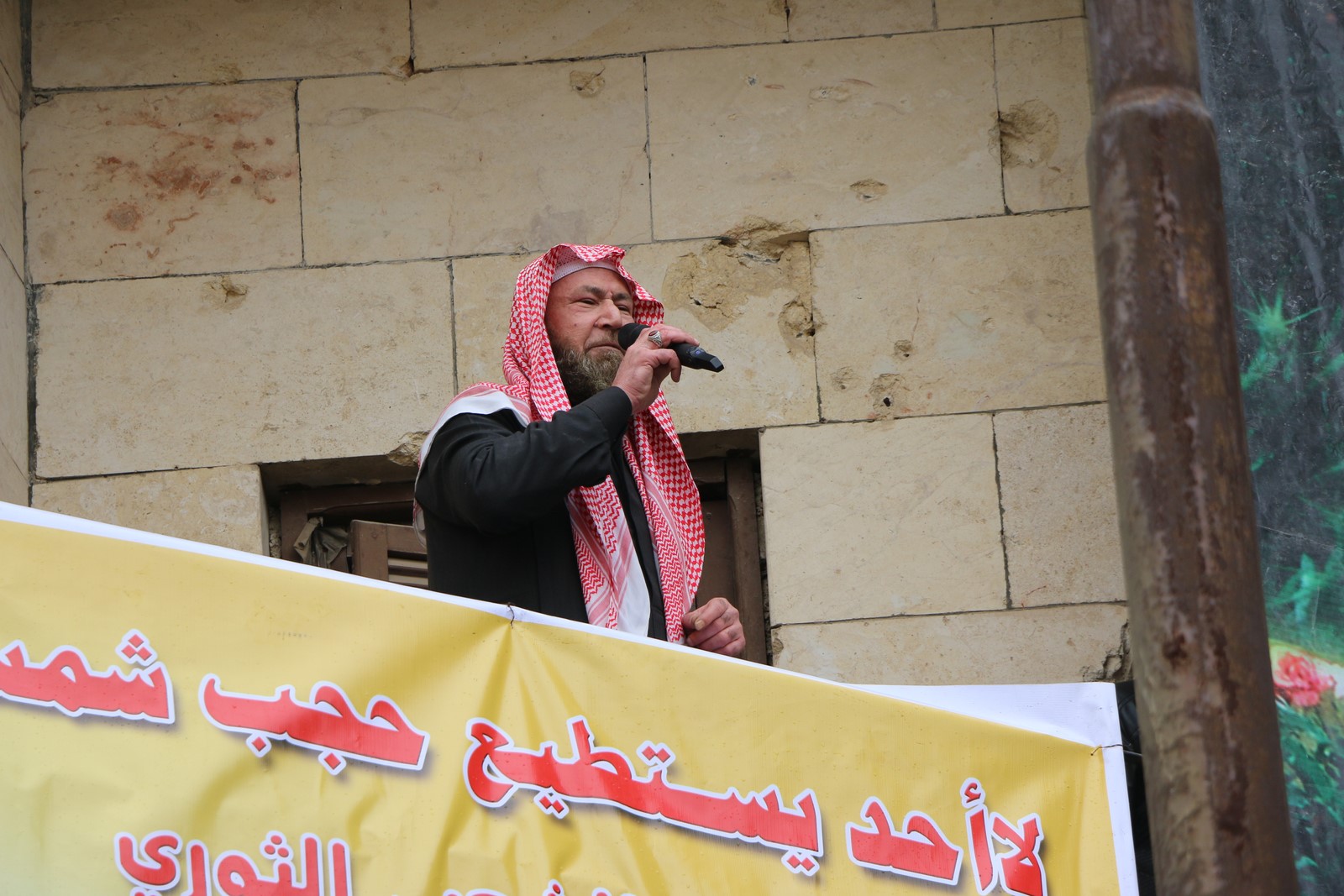 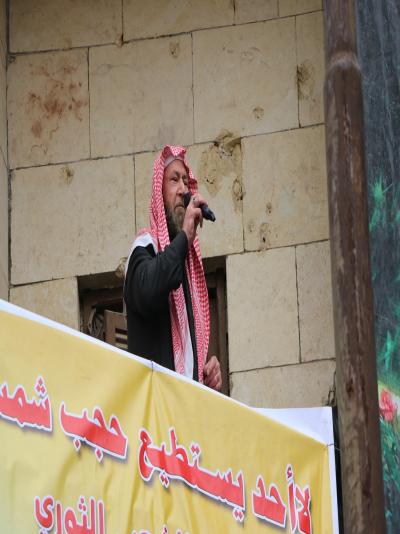 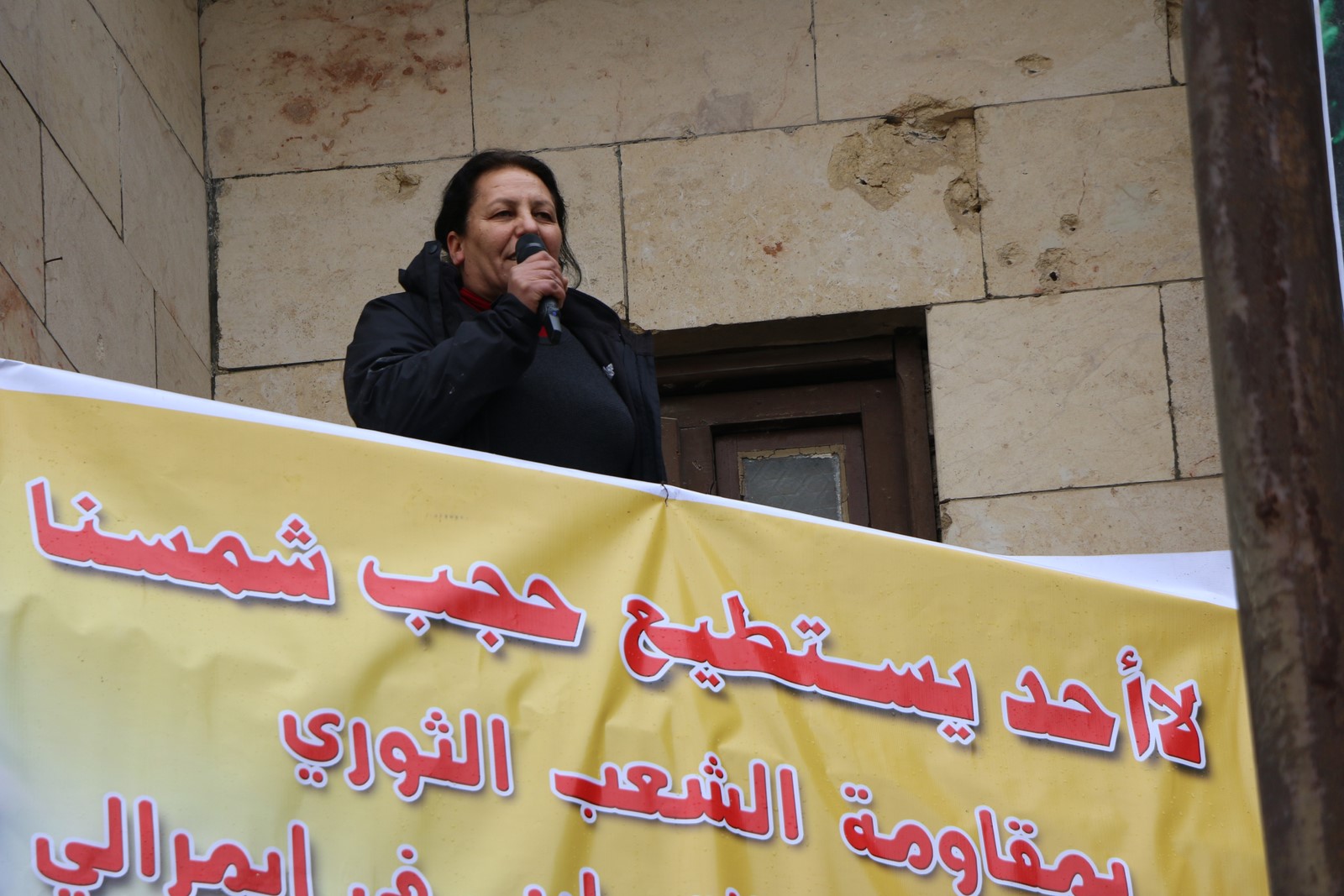 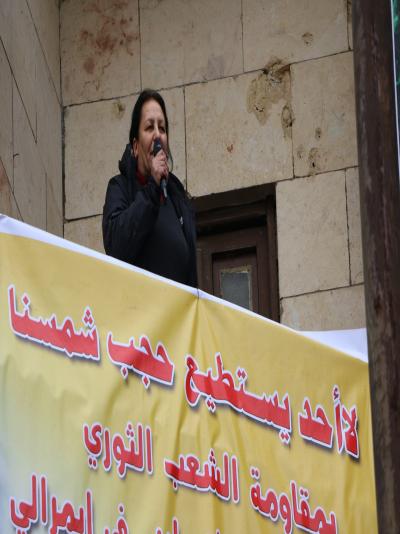 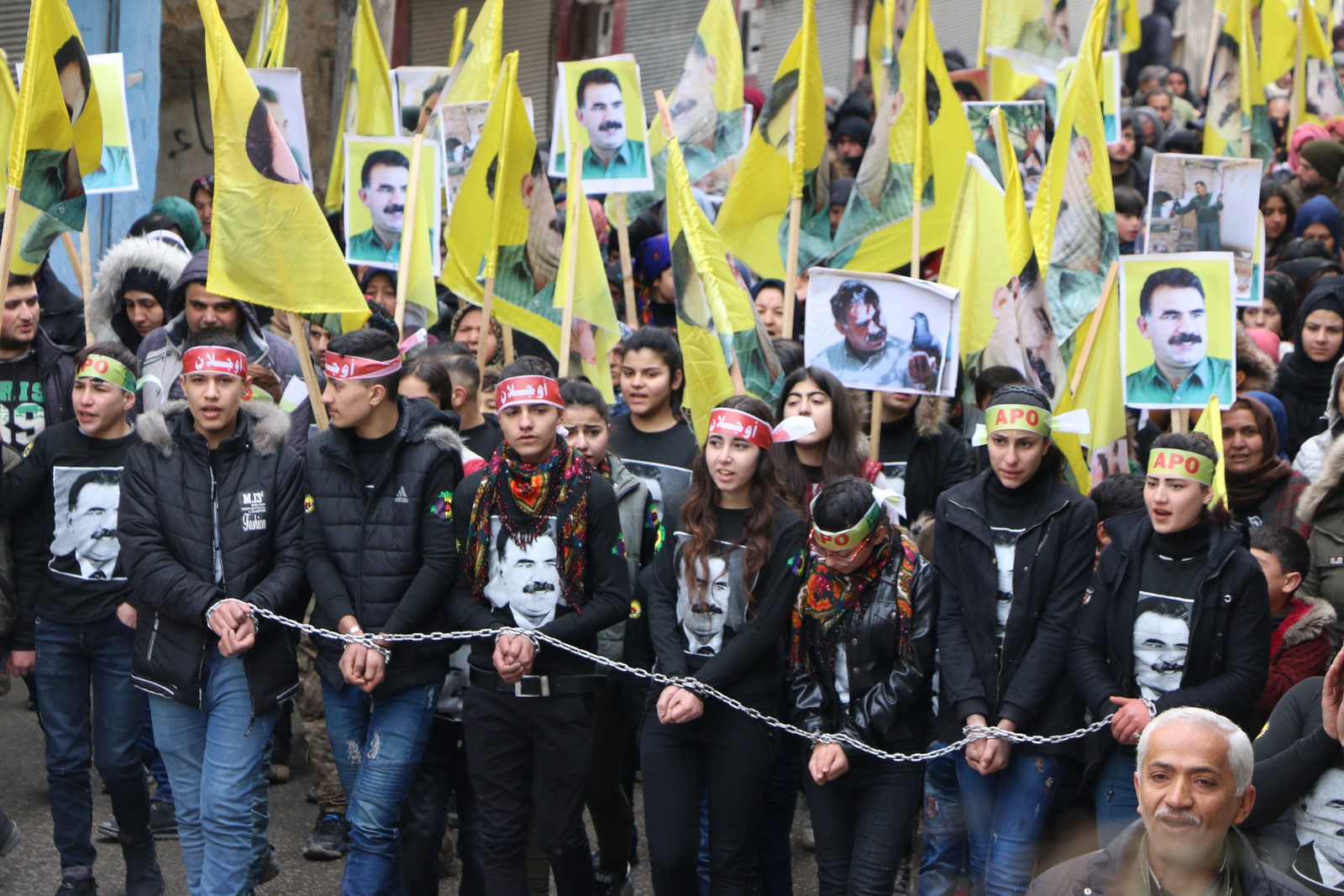 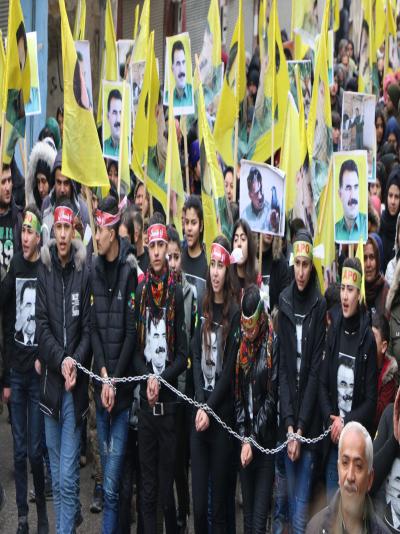 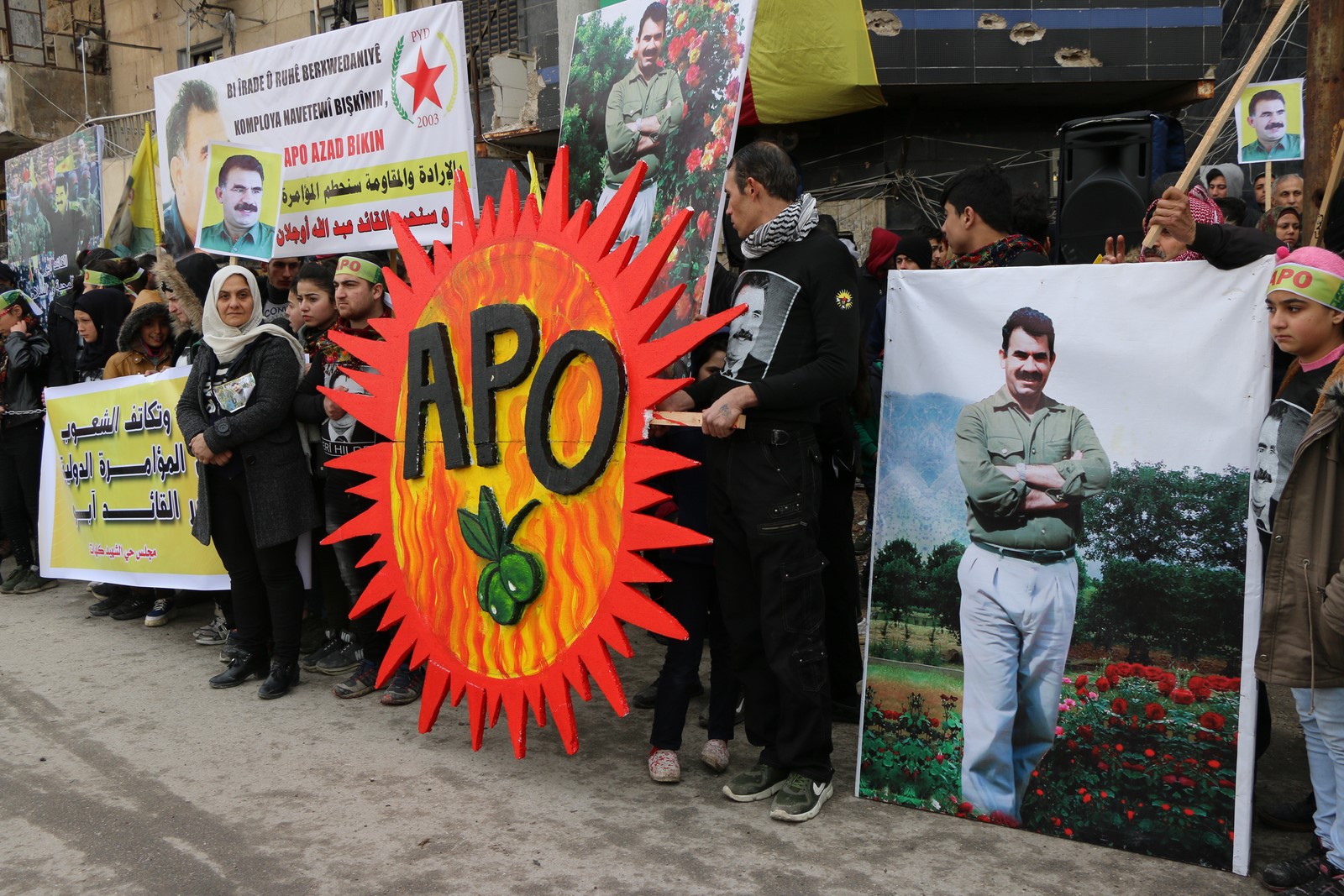 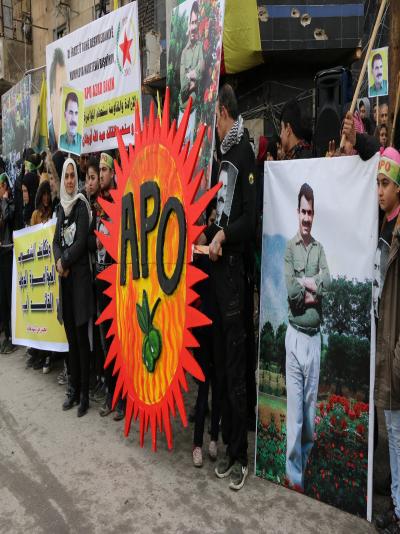 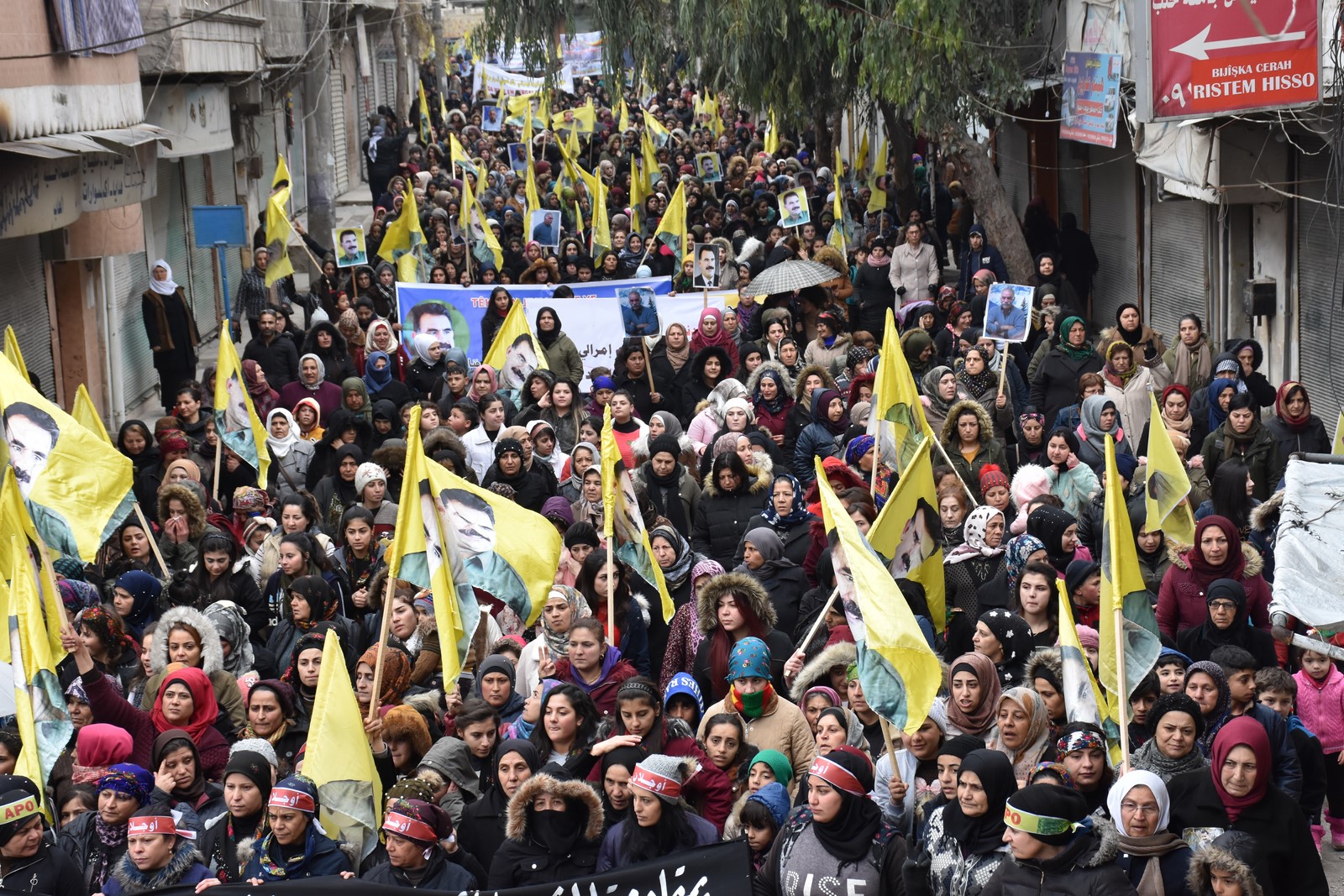 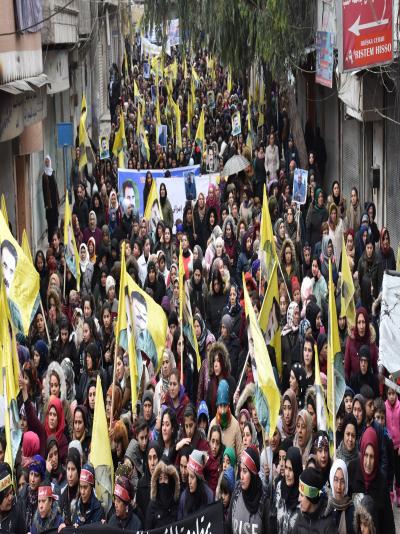 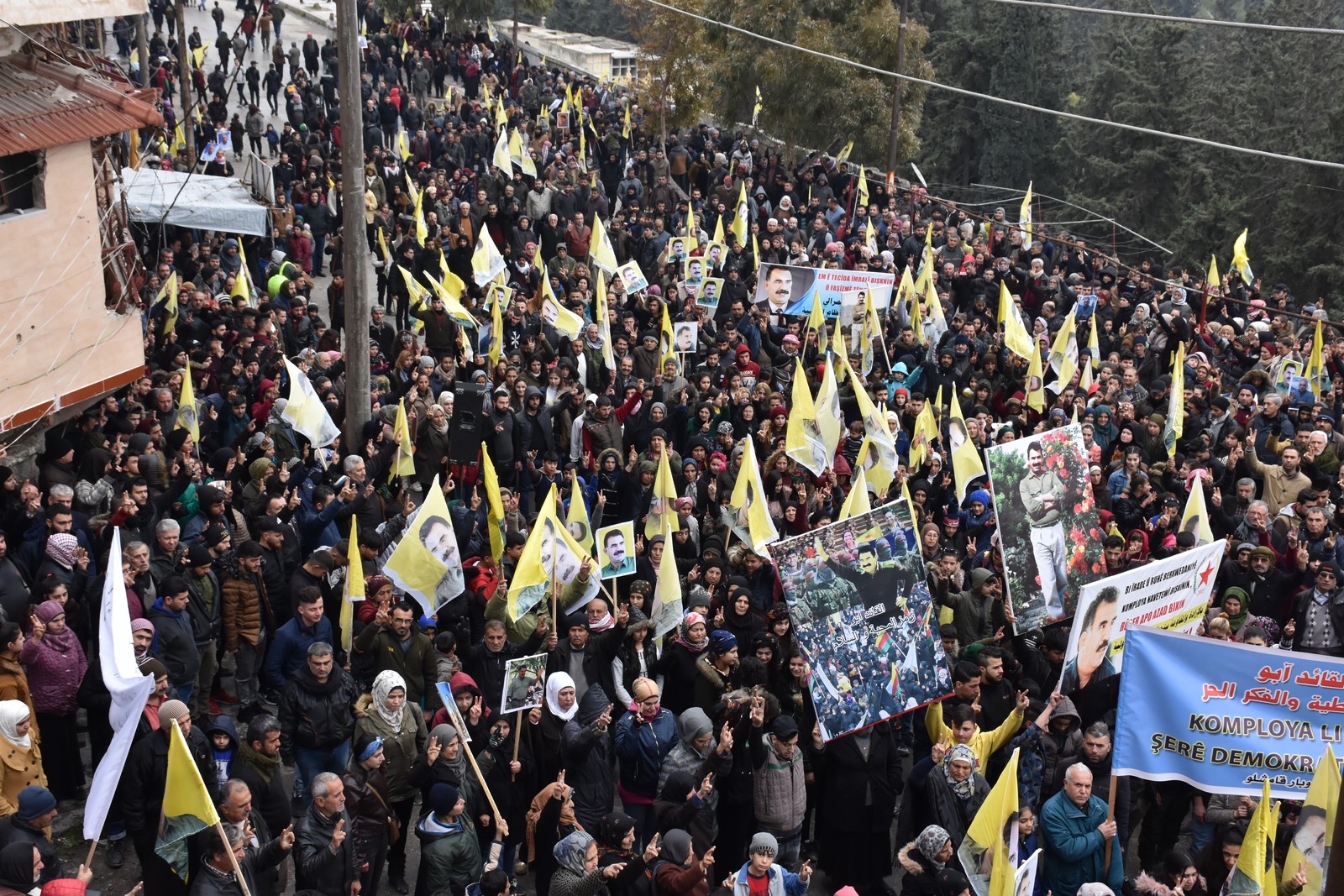 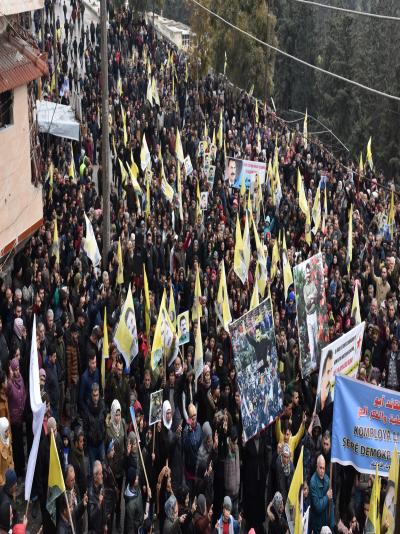