The demonstration started in front of the council building and headed to al-Jebsa Square, chanting the slogans that condemn the crimes of the Turkish occupation in northern and eastern Syria and its attacks on Şengal regions in northern Iraq.

The demonstrators held pictures of the female martyrs who were martyred a few days ago in the bombing of the Turkish occupation's drone on the village of Helinj in Kobane, and banners condemning the crimes of the occupation and calling on the international community to move.

When the demonstration reached the end point in al-Jebsa Square, everybody held a minute of silence, after which the Kongra Star's Administrator in al-Shaddadeh district, Amira al-Saad, delivered a speech in which she said: "We call on the free people in the world to stand up to the practices of the Turkish fascism and its mercenaries; killing and arresting women, kidnapping them and terrorizing the security in northeastern Syria and northern Iraq."

For his part, and during a speech on behalf of the martyrs' families, the Co-chair of the Martyrs' Families Foundation, Salem al-Salem, condemned the repeated Turkish attacks and targeting the innocent people without distinguishing between children,  women and old people.

He added: "These attacks aim at wasting the joy of victory achieved by the Syrian Democratic Forces against ISIS terrorist organization."

Al-Salem stressed that they will win against them, just as victory was achieved by the sacrifices of martyrs against ISIS mercenaries.

The demonstration ended with chanting the slogans that revive the resistance of the peoples of northern and eastern Syria. 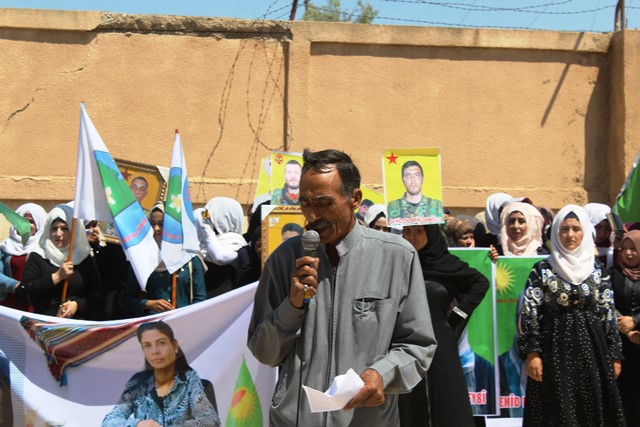 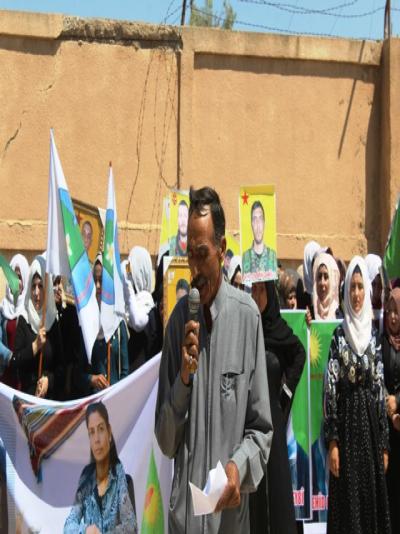 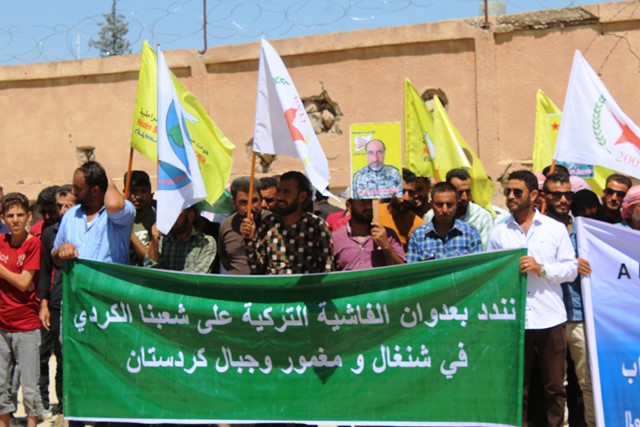 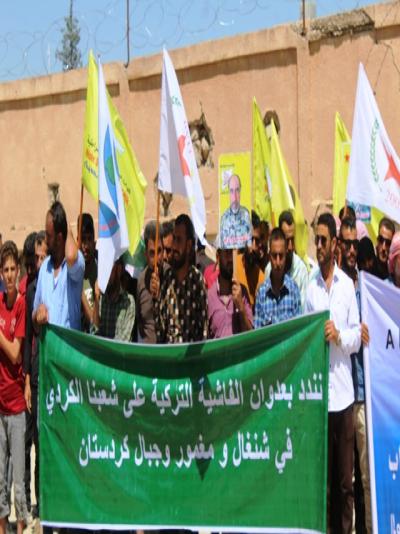 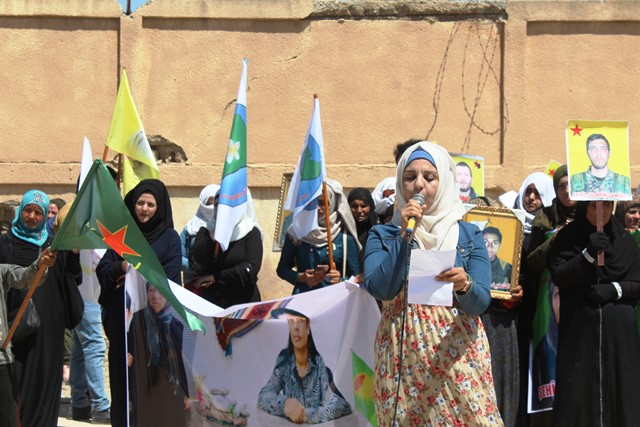 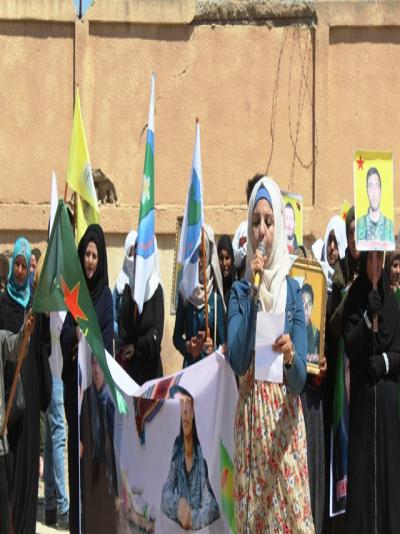 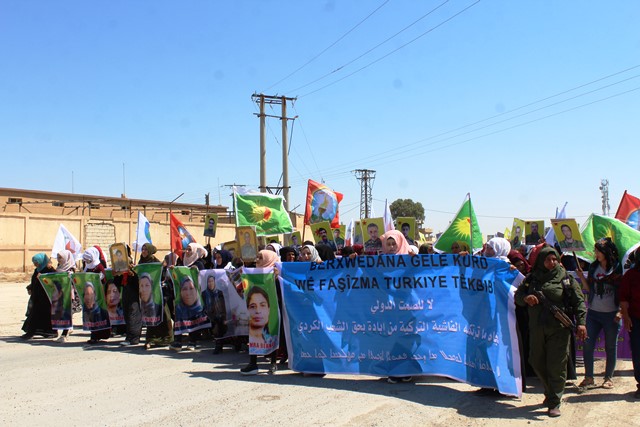 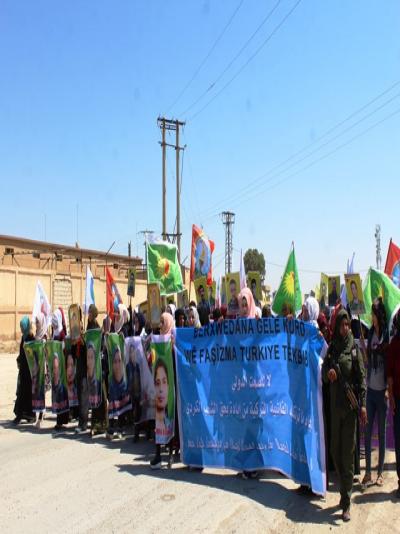 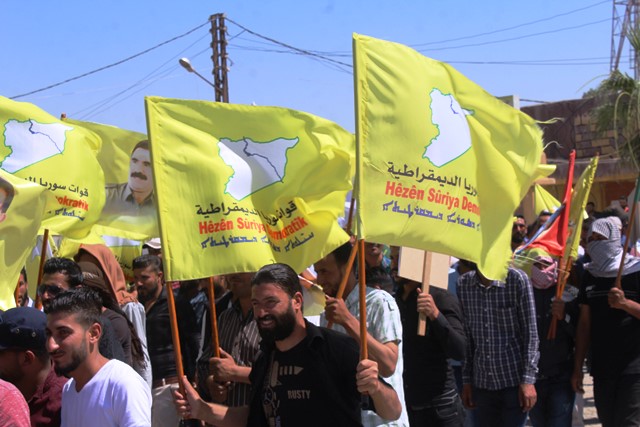 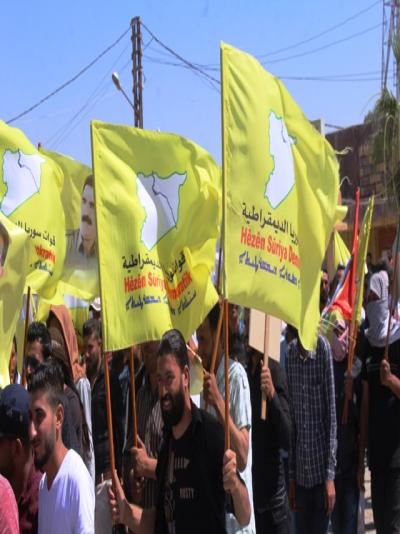 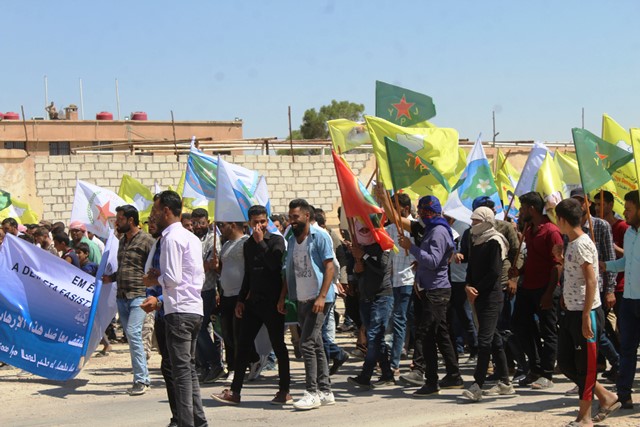 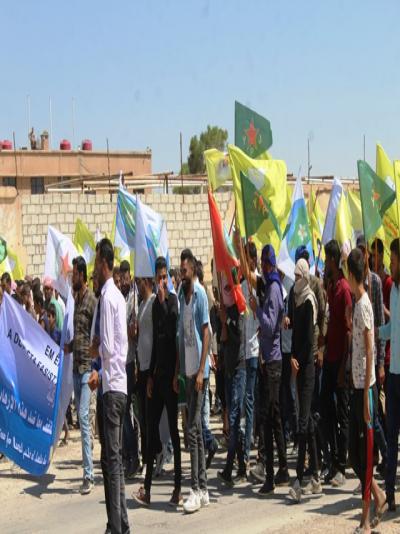 The advisor of the Autonomous Administration for Legal Affairs Anwar Al-Mushraf confirmed th...

The People Council in Al-Darbasiyya district organized a screening of a film for residents t...
Old Website