The Turkish occupation state and its mercenaries continue its barbaric aggressive policy against the people of northern and eastern Syria, as it bombed, yesterday, with rockets and missiles towards Ain Issa in preparation for a ground attack on it, amid a clear silence of the Russian guarantor without showing any strict stance towards the aggressive Turkish attacks. 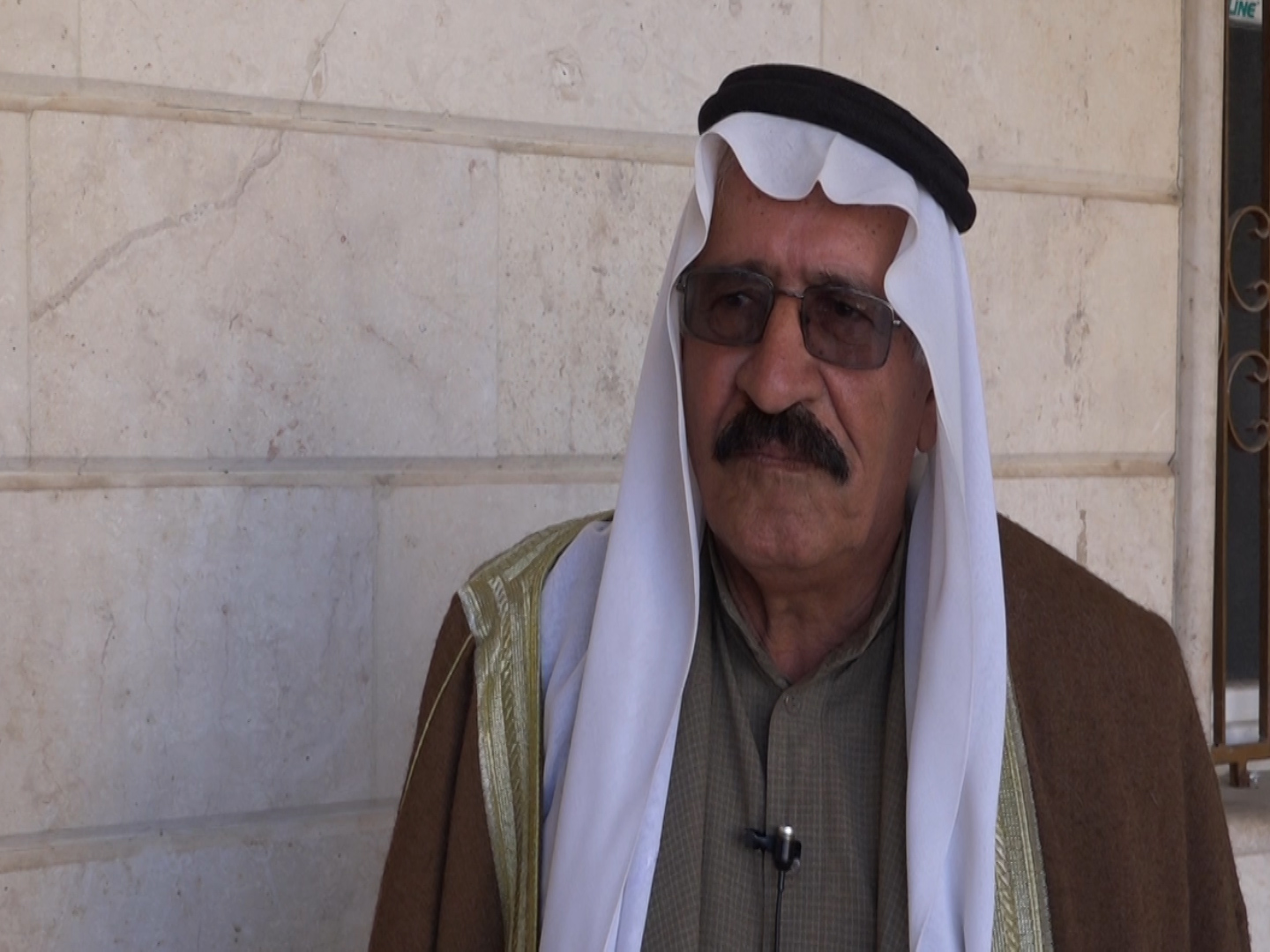 Notable of al-Haws clan, Daham al-Shibli, considered what happened in Ain Issa in launching brutal attacks by Turkey and its gangs in NE, Syria, occurs before the eyes of the Russian guarantor is betrayal of the Syrian people in NE, Syria, today, it disappointed the Syrians and lost confidence with it.

And added" what happened in Ain Issa is hard proof to plot between Russia and Turkey, we have already seen that whenever our regions were subjected to any Turkish aggressive attack, the Russians stand idly by and stand idly by, and this is evidence of the exchange of interests between them, so Turkey loses every region in Idlib.

Sheikh Daham said, "Russia is supposed to be a guarantor state between the two parties, but what has it done?"  Large swaths of the Syrian lands have been handed over to the Turkish state, starting from Afrin and reaching Ras al-Ain and Tal Abyad, and the expansion is still continuing in Syria by Turkey and its mercenaries.

For his part, notable of al-Ali clan, Ramadan al-Rahhal clan, said: “We the Syrian people, it became clear to us that Turkey and the mercenaries that support it are not deterred by any morals or religious values, and every part of Syria is a sacred land for all Syrians, but Turkey has violated all international conventions and norms, and it is terrorizing the people and bombing them while they are in their homes, and its goal is to occupy and displace and make our regions unstable. "

Ramadan al-Rahhal called on the international community to expel Turkey and its mercenaries from the northern regions of Syria that it had occupied by force, and asked about the role of the Russian guarantor in what is happening now in Ain Issa district of bombing and occupation, explaining that the Syrian people were looking forward that the Russians came to ensure the protection of the region, pledged to international covenants, to be guarantors of the Syrian borders. "

And he concluded his speech, saying"| We are the Sheikhs and clans' notables in solidarity and we stand together alongside the Syrian Democratic Forces to defend all our lands."

The co-chair of the Union of Intellectuals in the city of Manbij and its countryside, Ahmed ...

Manbij's villagers: We to remain resistant in face of the Turkish shelling

Villagers of the areas adjacent to the front line in the northern and western countryside of...

NE Syria's components: We must defend our region cooperation with military forces

Manbij's villagers: We to remain resistant in face of the Turkish shelling

NE Syria's components: We must defend our region cooperation with military forces

Afrin displaced assert to continue resistance until occupiers are expelled