Hundreds of al-Raqqa people and its countryside including members of the civil and military institutions and the military troops gathered at al-Ferosiya Roundabout north-west of the city raising the photos of the martyr Mustafa al-Khelef to receive the corpse of the martyr who martyred on May 2 in an explosion took place in al-Raqqa.

At the shrine the funeral ceremony started by presenting a military parade followed by delivering many speeches delivered by abed al-Karim al-Ahmad and on behalf of the Internal Security Forces delivered by Ghaliya Mal-Hemmod, the speeches praised the role of the ISF and the martyrs in  protecting the area and confronting the enemies to consolidate the peace and the Security.

The funeral ceremony concluded by chanting the slogans that saluted the martyrs. 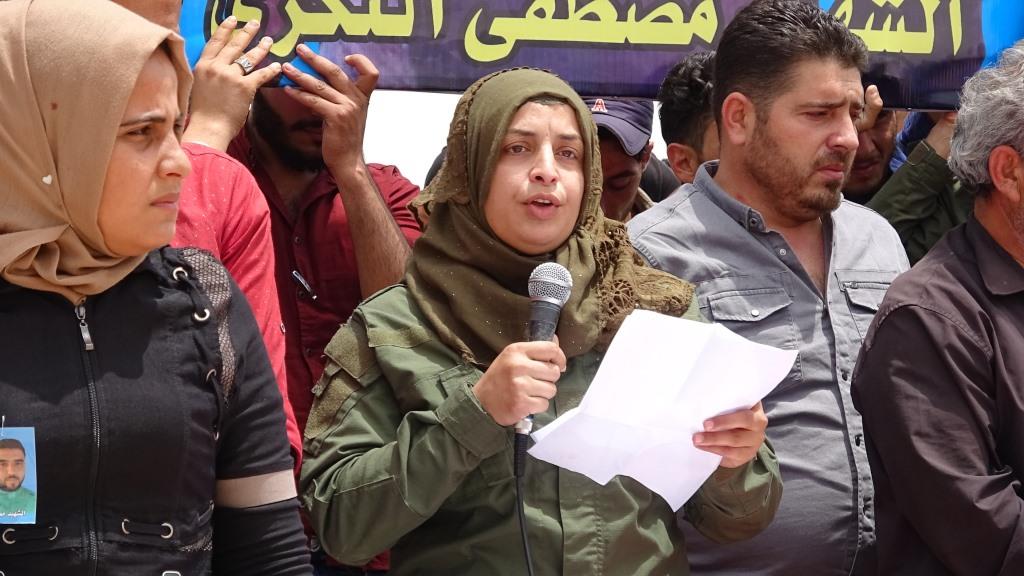 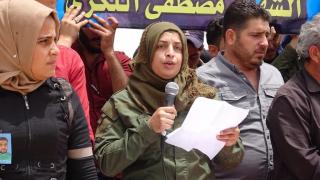 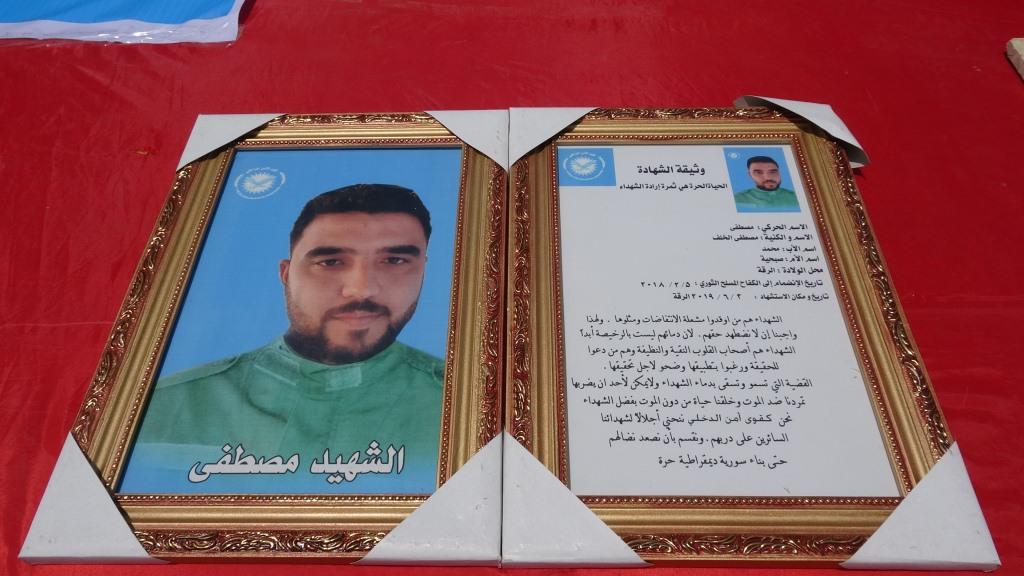 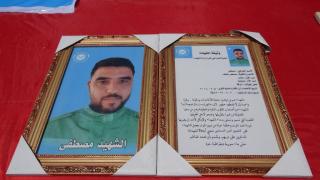 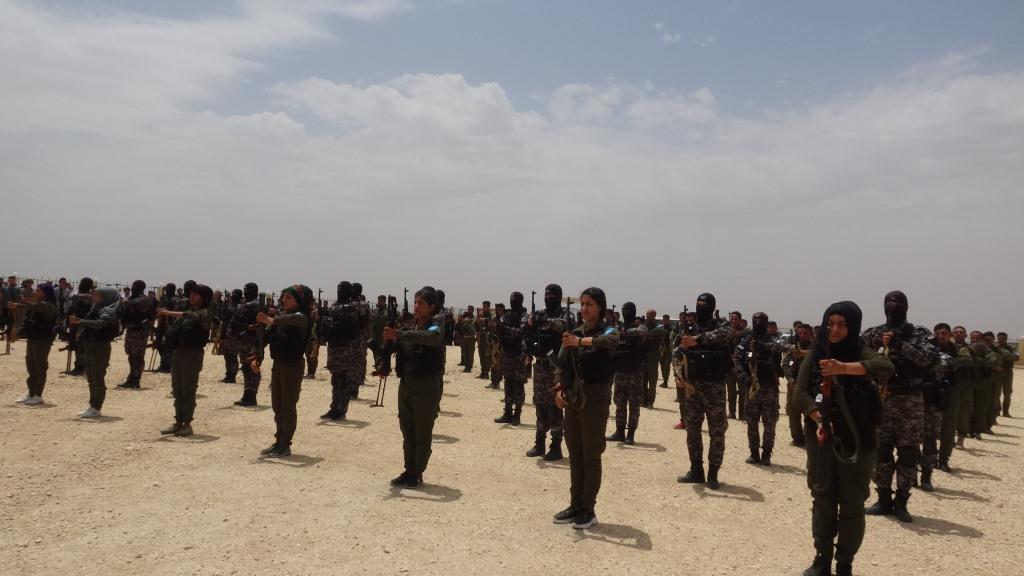 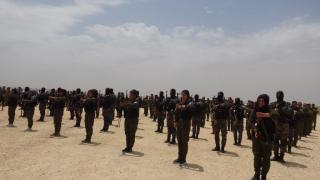 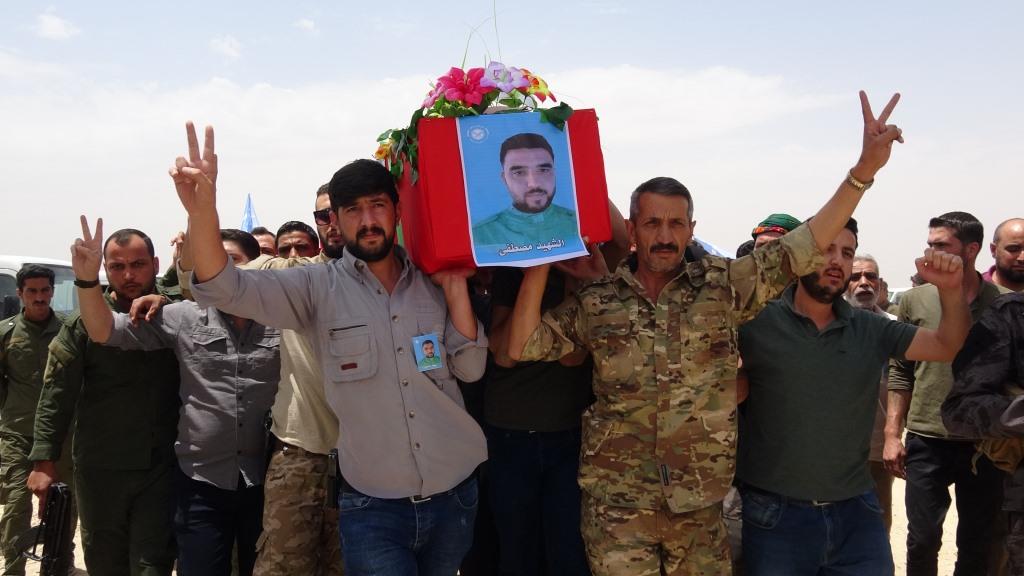 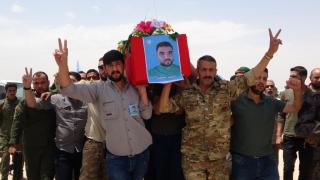 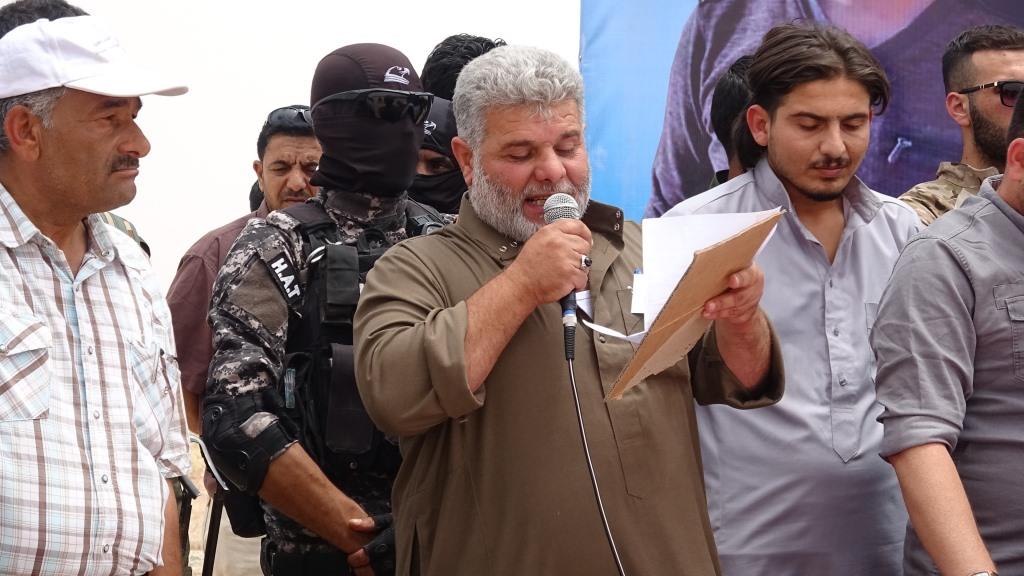 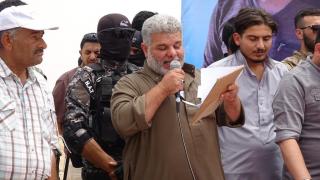 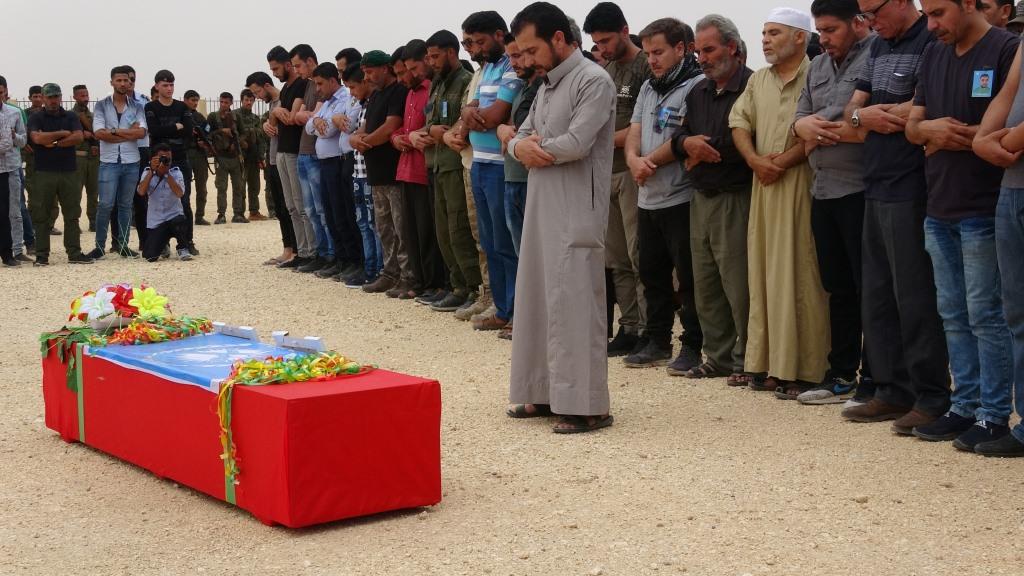 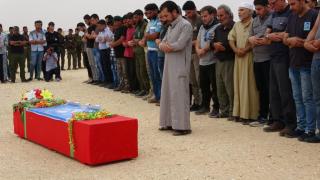 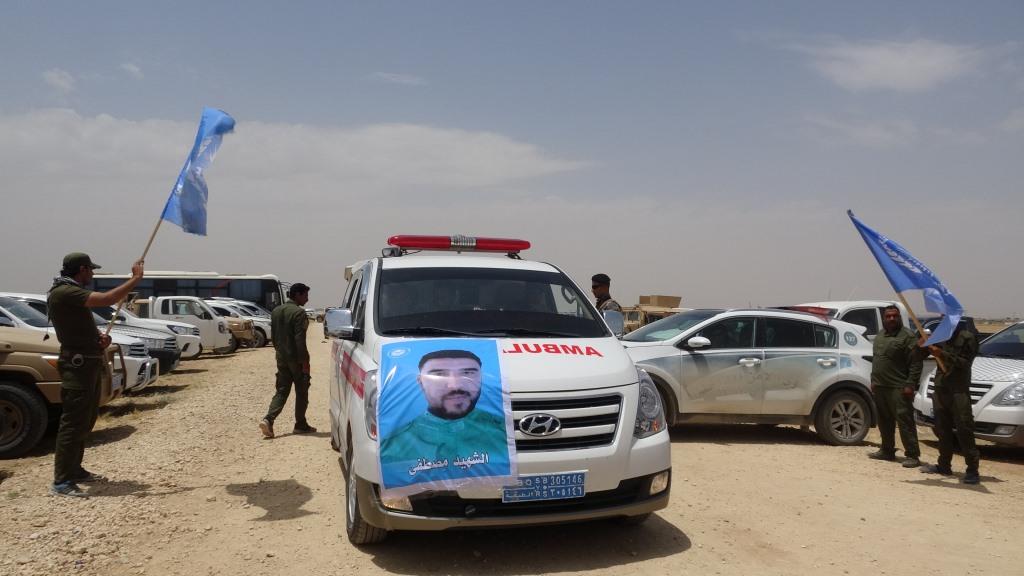 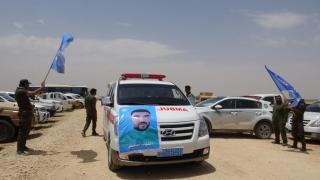